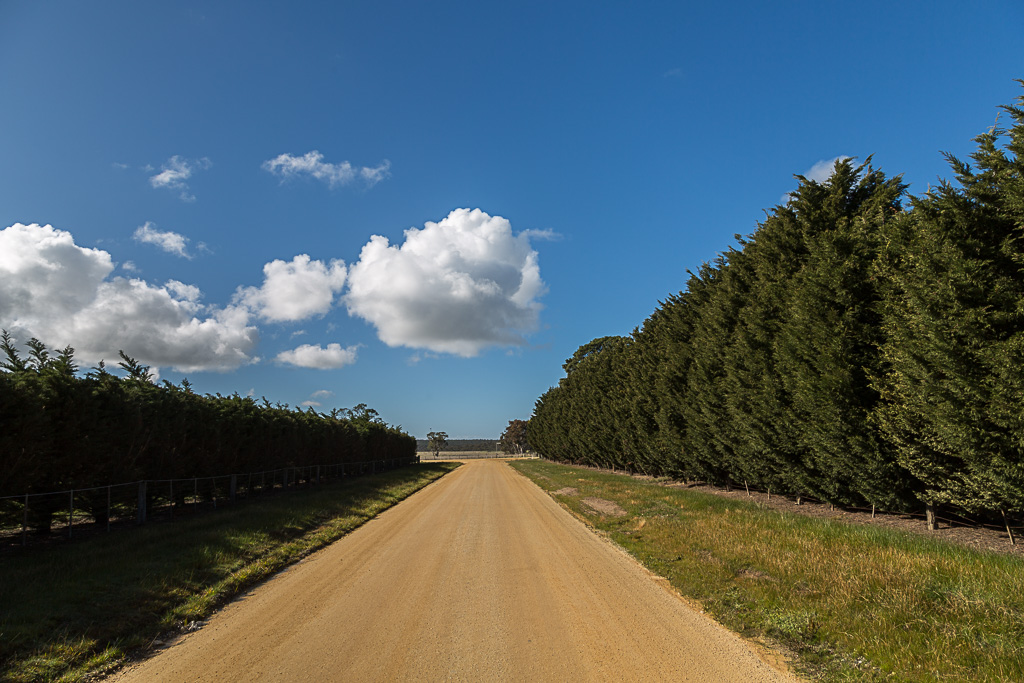 My first thought when I sat down to write this post was, “Why am I doing this?” As I outlined in the previous entry, the Burchell Trail within the Brisbane Ranges National Park is a three day walk, which unfortunately isn’t a circuit. So, as a solo walker, I aimed to leave my car at the end and somehow get back to the start.

It would make sense to discard this day and just write about the actual Burchell Trail itself. It wouldn’t be hard, as I’m warning you now. Absolutely nothing of interest happened this day. In the end though, it’s a bit like a jigsaw puzzle. No point having most of it, as the overall story will be missing a bit. Actually, does that make any sense? Right now I’m way off my game, as I’ve got an appointment tomorrow where I’m not allowed to have caffeine for 24 hours prior. Huh? Don’t they realise I’m the product of caffeine? If they also said, ‘No sugar or carbohydrates also’, you’d find me sprinting to put my head in the oven.

Here we are then. Day one of my three day walk. That isn’t, as I’d need a day to get to the start. Mm… So if this isn’t day one, then what is it? Day zero?

Anyway, I’d plotted a straightforward route on surroundings roads with one main aim. I’d head as straight as possible from Fridays Camp to Boar Gully Camp via Beromboke, Brisbane Ranges National Park and get it over with. In order to make the task easier, I contemplated distracting myself over the journey with an iPod. Then I had a vision I might get run over, so I binned the idea. No, I’d put the head down and hopefully after a few hours I’d raise it again and find myself at Boar Gully.

Firstly though, I had to get out of bed. Somehow I managed this and first thing I did was look at the weather. Sure, it was an icy winters morning, but the sun was shining in a clear sky. The conditions certainly helped me get moving, as perfect walking weather awaited.

It wasn’t a long drive and before I knew it, I was pulling into the Fridays Camp carpark. Oh, just to clear things up, it was Monday when I arrived at Fridays. Now I’m getting confused. Actually, the locations name on a different day wasn’t a problem. My main bewilderment at the time was, ‘What footwear do I wear?’ I’ll quickly explain this gear conumdrum.

My main shoes of choice are Merrell Moab Ventilators. Knowing the Brisbane Ranges terrain, the soft as marshmallow Merrell’s would be an agreeable option. Except for one thing. I was going to be on roads for the first day. I’m not sure why, but a day spent in Merrell’s on hard, flat surfaces, leave the soles of my feet feeling as if they’ve been whacked with hammers. I assume the softer, flexible sole of these shoes is the cause of some serious ache. Unlike my leather boots.

Oh yes. The La Sportiva leather boots I bought in 2009 are still going strong. Sure, they feel a bit brick-like with their weight, but they don’t translate an ache into my soles like a softer shoe does. Actually, I’m not sure why I stick with the Merrell’s, as they don’t last long. A new pair survive a year, before the interior of the heels develop gaping holes. So, I’m left with a perfectly serviceable outer, but with an interior that’s worn away.

Not so with the leather boots though. Their interior is still plush and barely worn, which is amazing for the amount of miles they’ve travelled. It’s an interesting thought, as the outdoor world is full of the idea that lighter is better. As a result, leather boots have fallen victim to outdoor wankerism. “Huh? Heavy old leather boots? What about lightweight trail shoes?” Fair enough, but those heavy old boots still work. It’s rare to find someone online talking about them favourably, but this short article about Jon Muir, shows they still have their place. What? You’re going to go up to him and say, “You know what Jon. You really should stop living in the past and start wearing a lighter boot.”

Yep, for this hike, I was decked out in leather. Putting on the pack, it was 8.20 am when I was ready to put the bore into Boar Gully, as I began walking north on Steiglitz-Durdidwarrah Road. 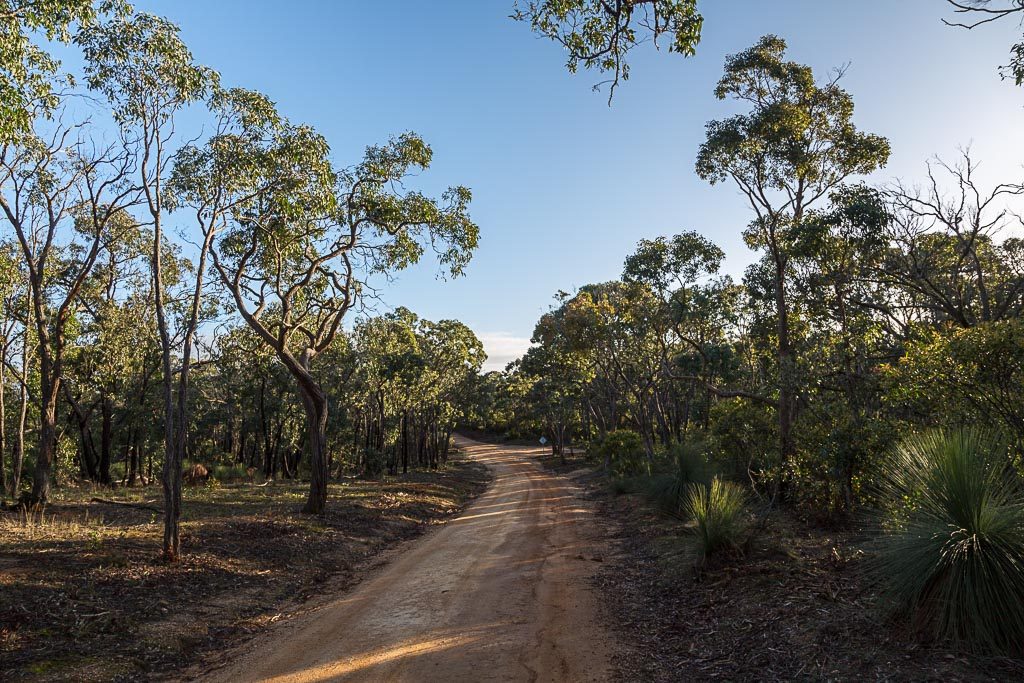 I must admit. It took a few kilometres before I could get into gear and adapt to the niggles of wearing a heavier pack than usual. It had me wondering when I last did an overnight hike that was more than a couple of nights. Six months? A year? A decade?

Eventually getting up to my standard, old locomotive pace, it wasn’t long before I was passing the Upper Stony Creek Reservoir. 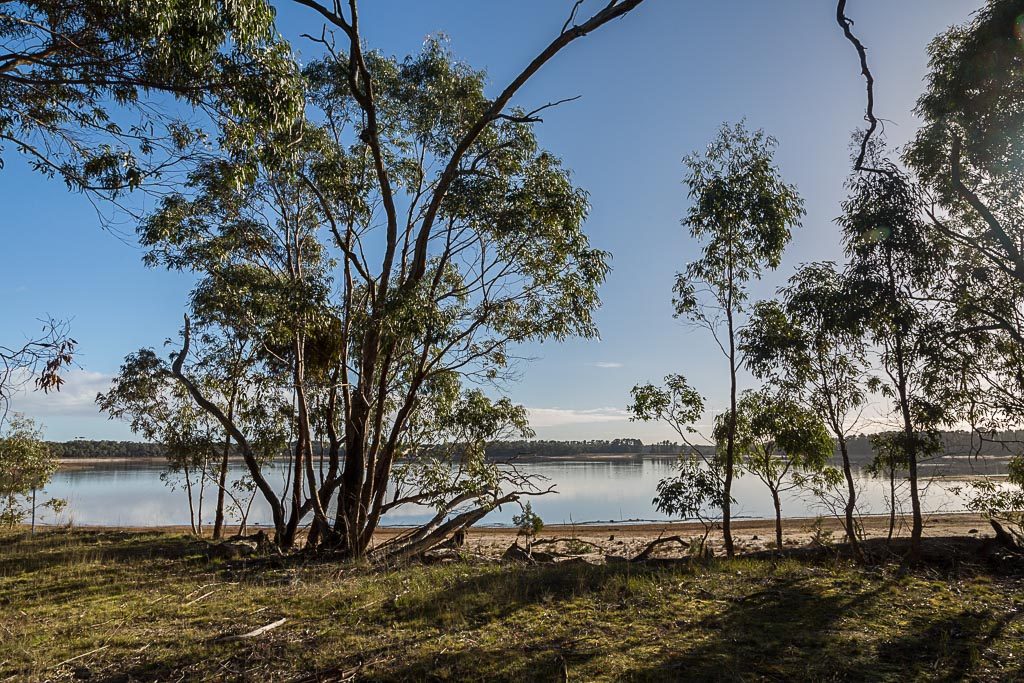 Wandering along, I realised why winter can be perfect for walking. The sun was shining, but it only had a hint of warmth. The cold and crisp conditions meant I had no fear of overheating, so I rarely had to reach for the drink bottle.

Okay, the sun was nice, but it was a killer on the eyes. Glare was in full force, as I reached the intersection with Geelong-Ballan Road. The resultant dazzling left a flare to my photos. Then again, the rainbow may have been telling me change was in the air. Possibly. If only we didn’t have a bunch of jelly-backs running the country. Do your job you non-binding plebiscite wankers. 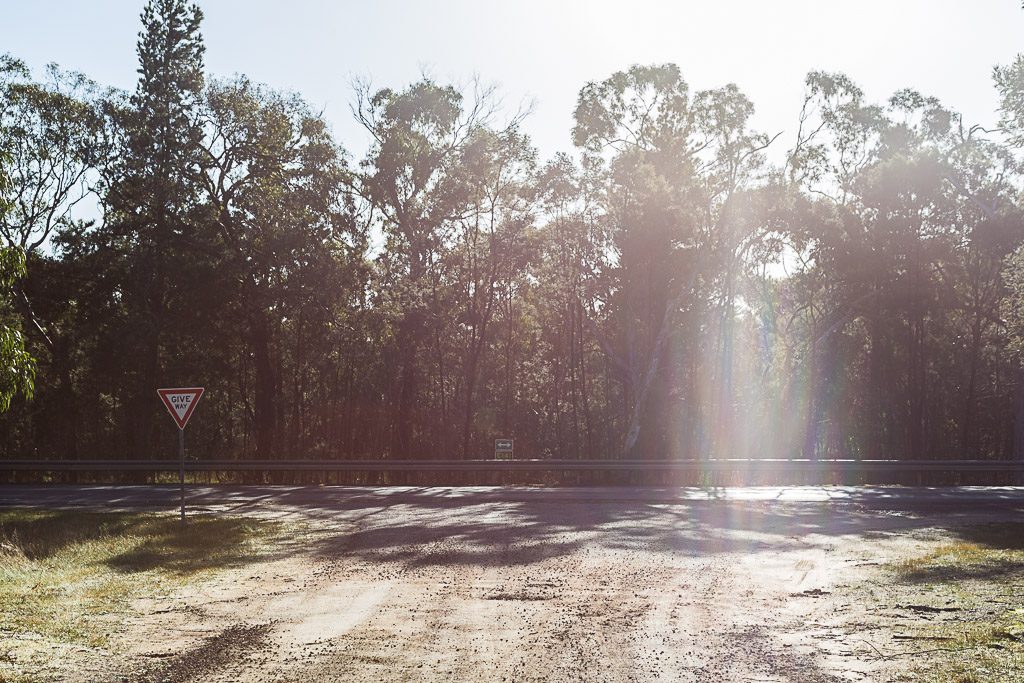 Turning left, I kept well and truly in the verge, as the occasional car whizzed by at 100 kph. Ahead, I saw a long, black object in the grass and without my glasses on, the blurry sight had me wondering, ‘what the hell is that?!’ 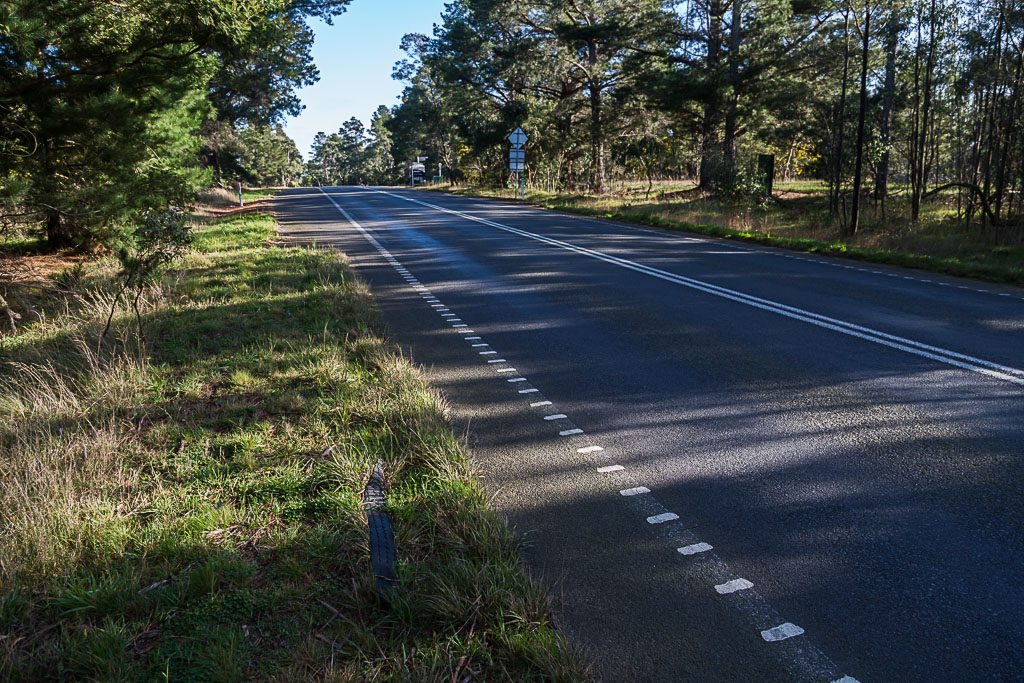 In the end it wasn’t that exciting. 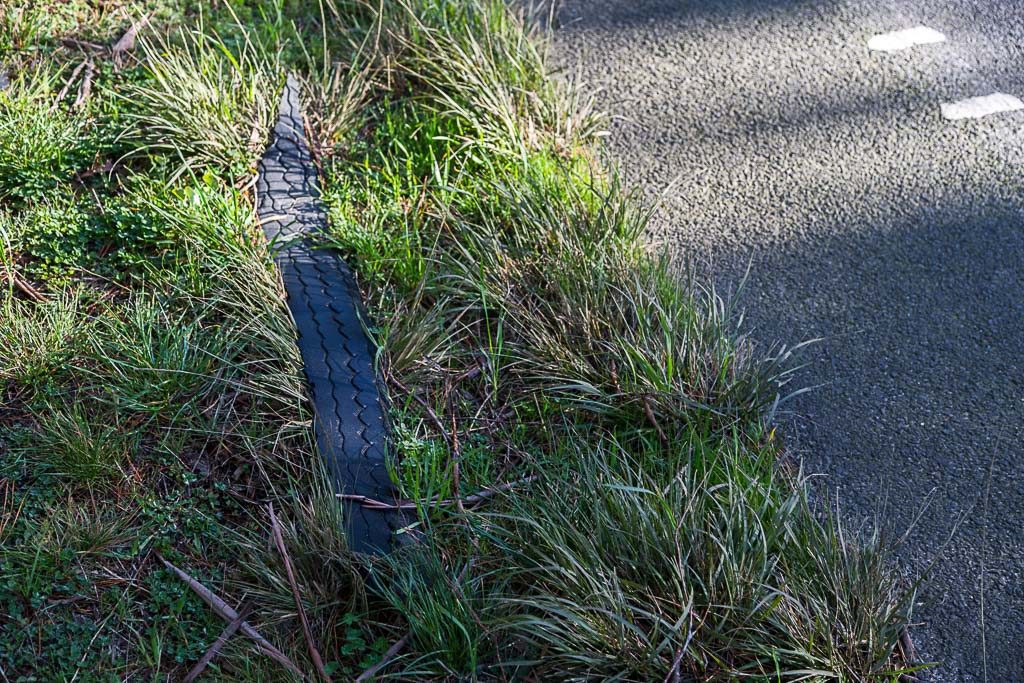 Luckily, this part was only a short section of bitumen hopping, as I soon turned into Beromboke Road. As I did so, I passed a welcoming sign. 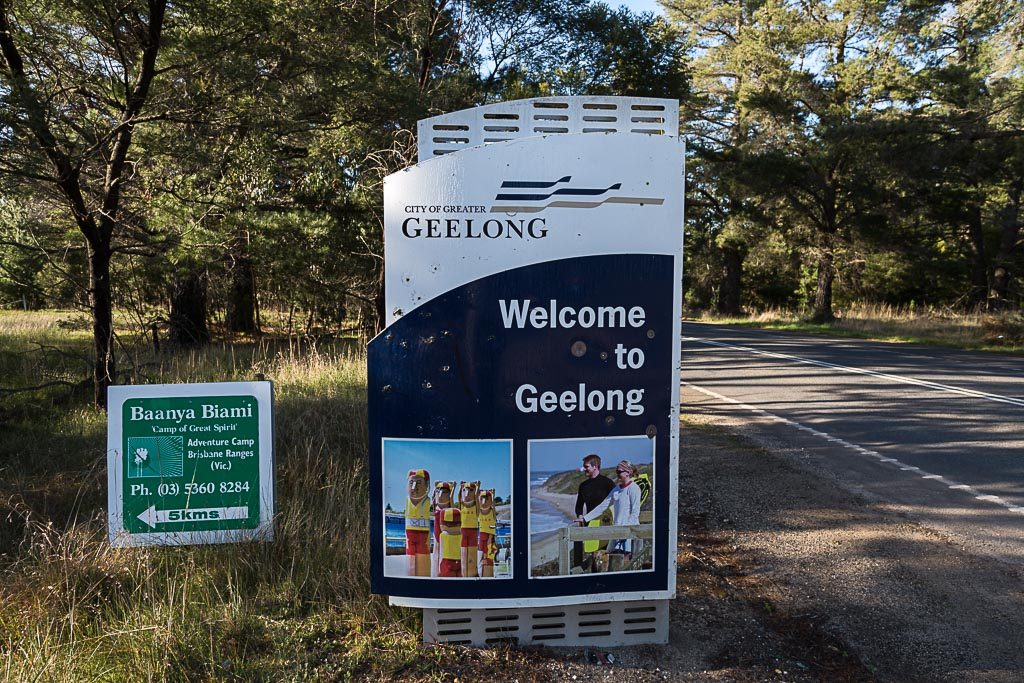 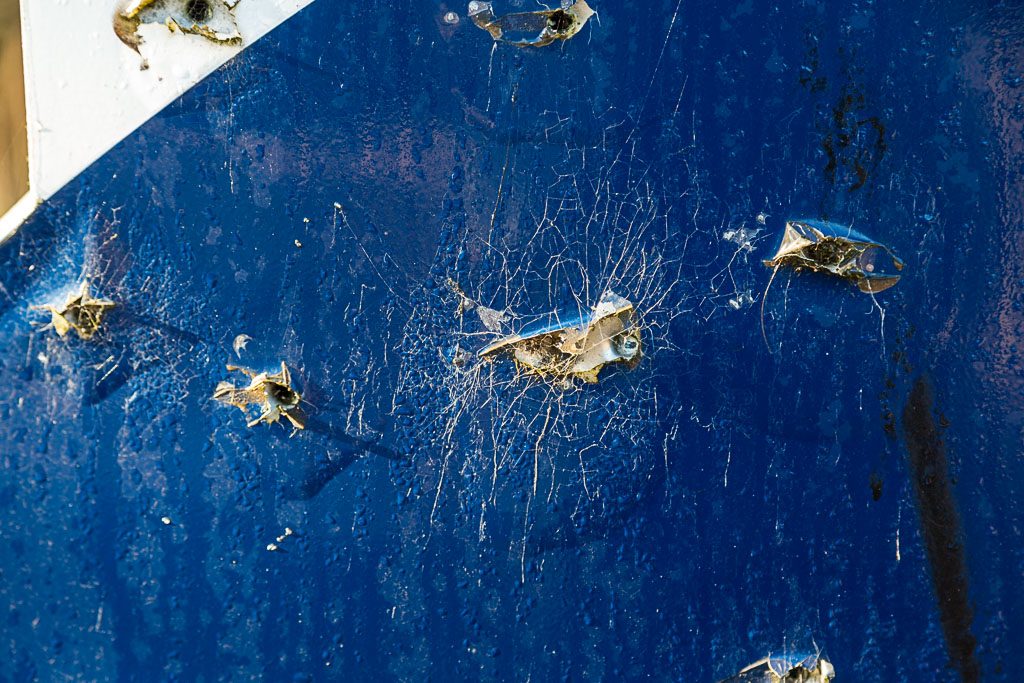 Beromboke Road isn’t the most photogenic place, but there was enough to keep me interested. 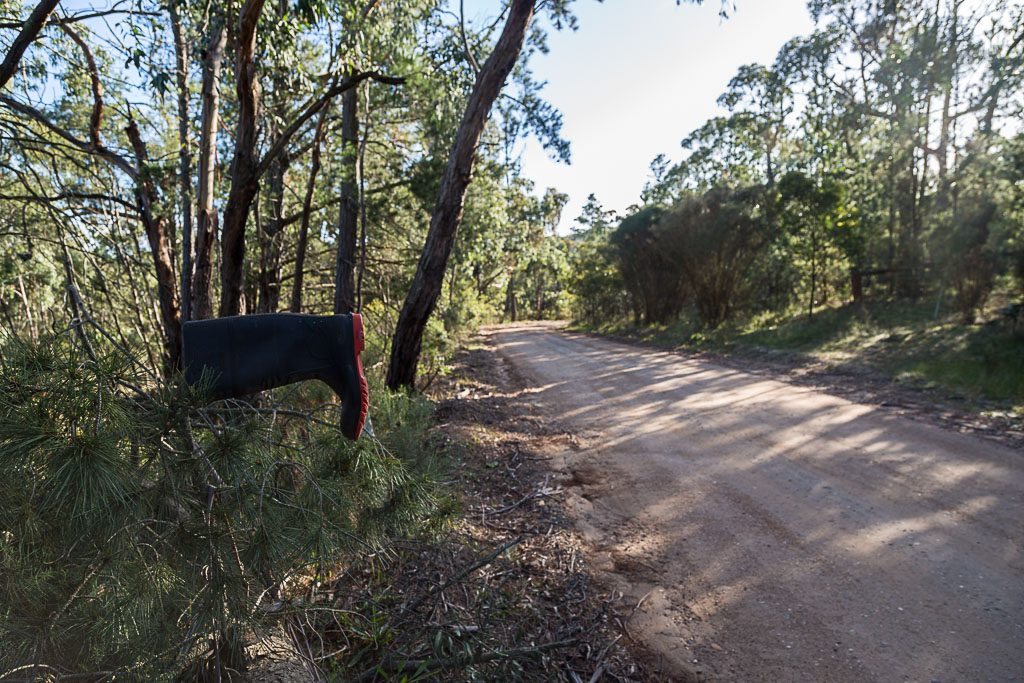 This is a little known tourist attraction called ‘The Boot of Beromboke’. Surprisingly, it doesn’t pull much of a crowd.

As you can see, there’s not a lot happening, as I slowly clicked over the kilometres. 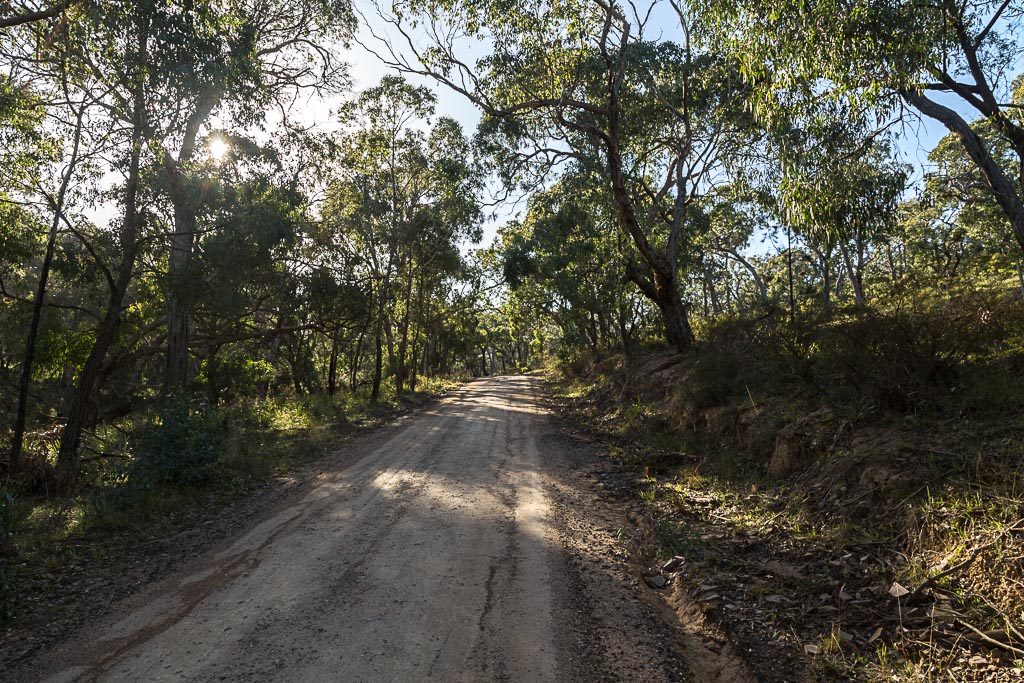 The occasional hill kept my heart rate up, as rises were followed by long descents. As I approached a hefty culvert, it appears some spending has been done to Beromboke Road. 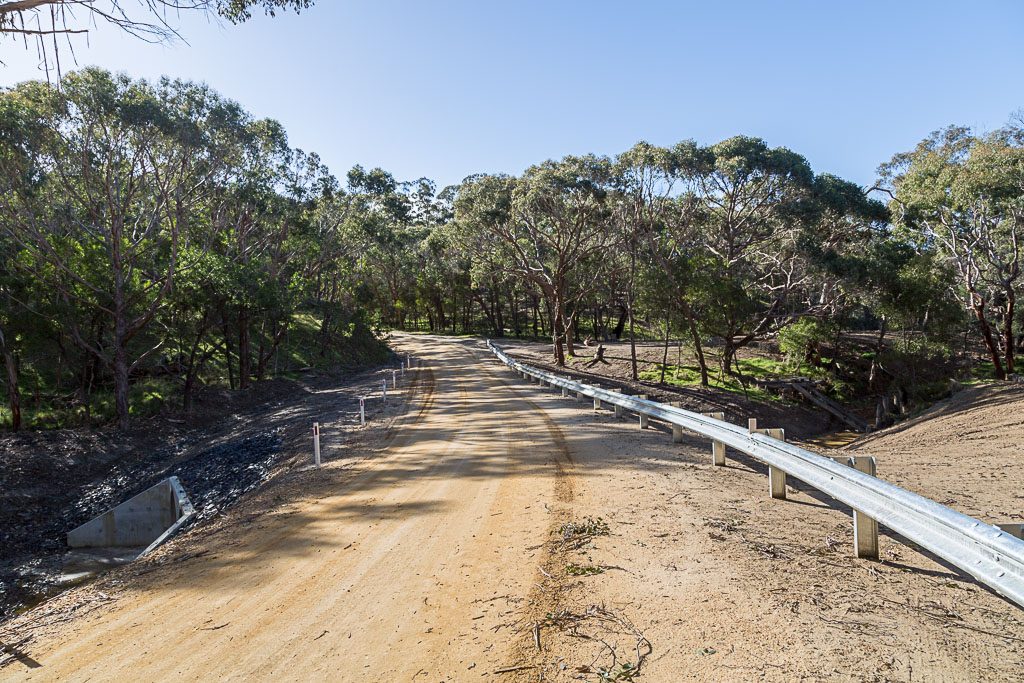 Considering the state of the previous bridge, I guess it needed updating. 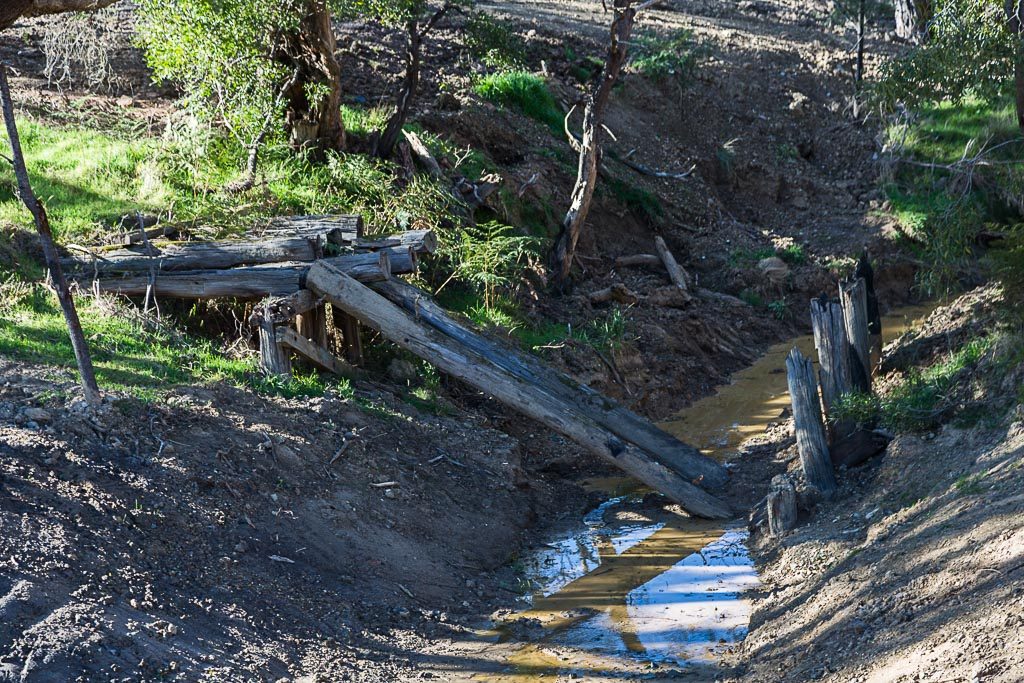 Following this, the most sizeable climb for the day commenced. After huffing and puffing up the road, I eventually left bush enclosed surroundings… 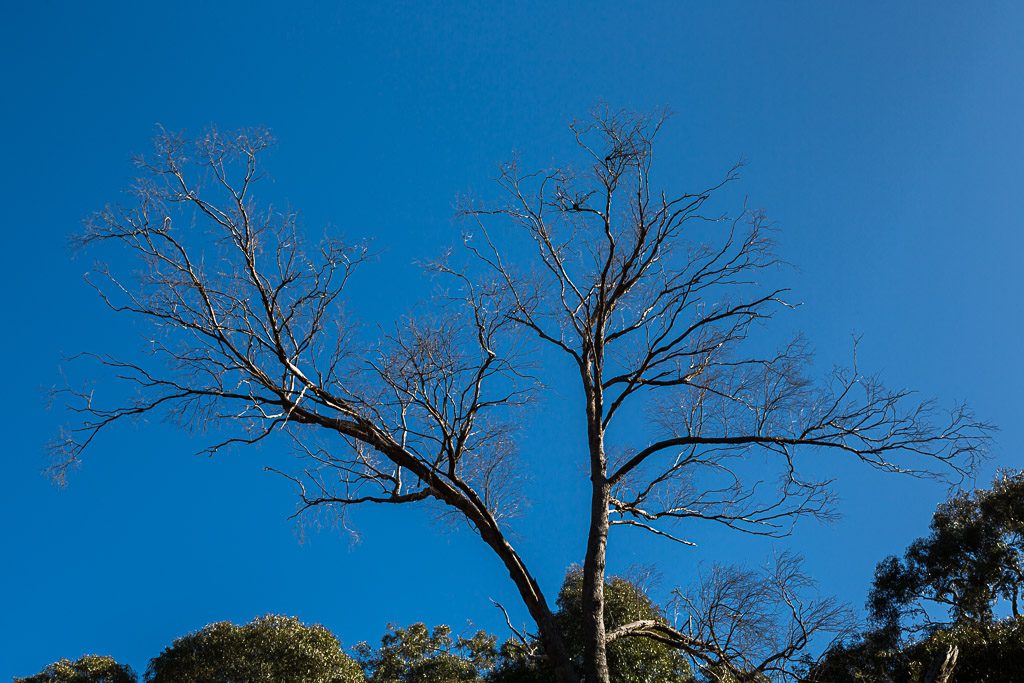 …and entered something a lot more manicured. 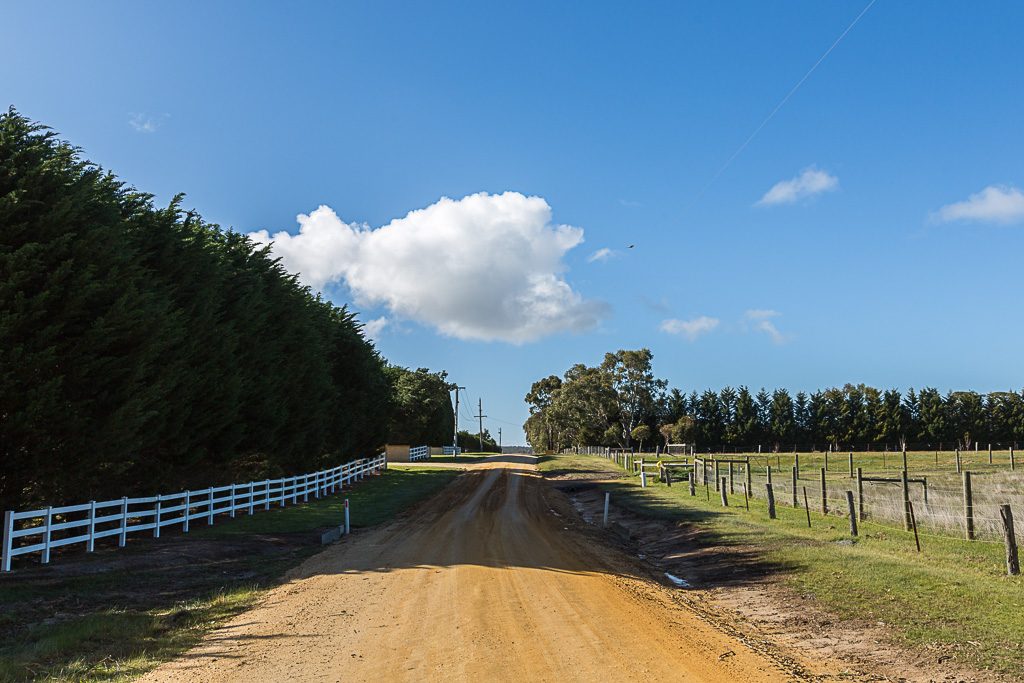 Looking closely at the previous photo, you can see I captured a UFO in the clear sky. You can’t see it? Okay, I’ll crop the picture and show you. 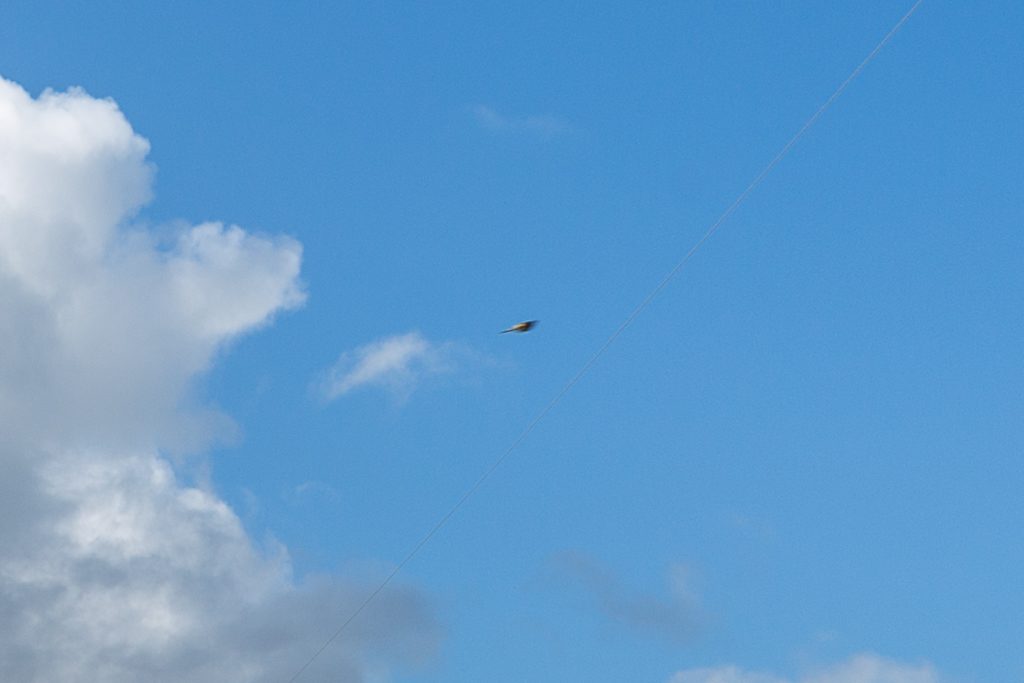 See what I mean? Clearly it’s from outer space.

I must say, it was around this point I began to feel the pinch mentally. Earlier on, even though it isn’t, the bush surroundings gave some semblance of being away from it all. Not any more though. 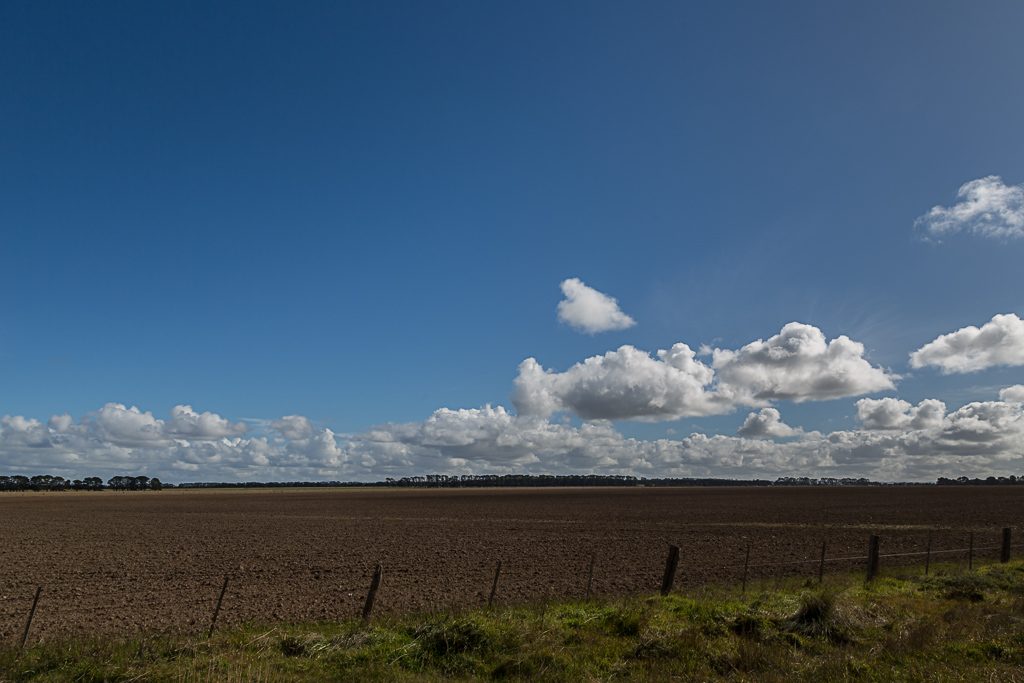 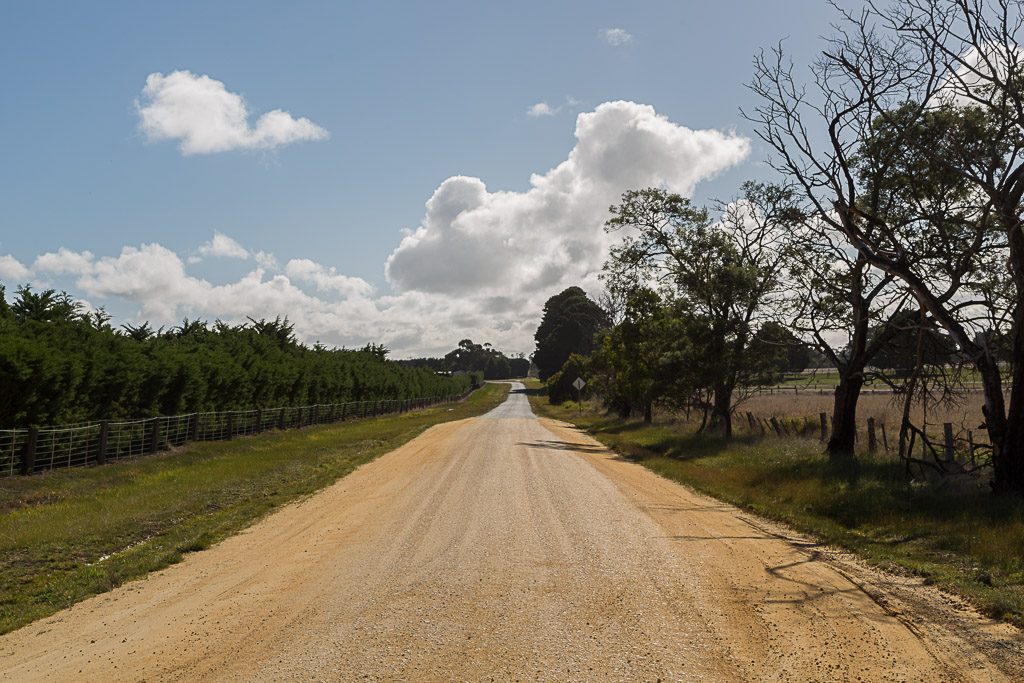 …and in boredom, I began taking photos of anything to pass the time. Like this pile of wood. Amazing. 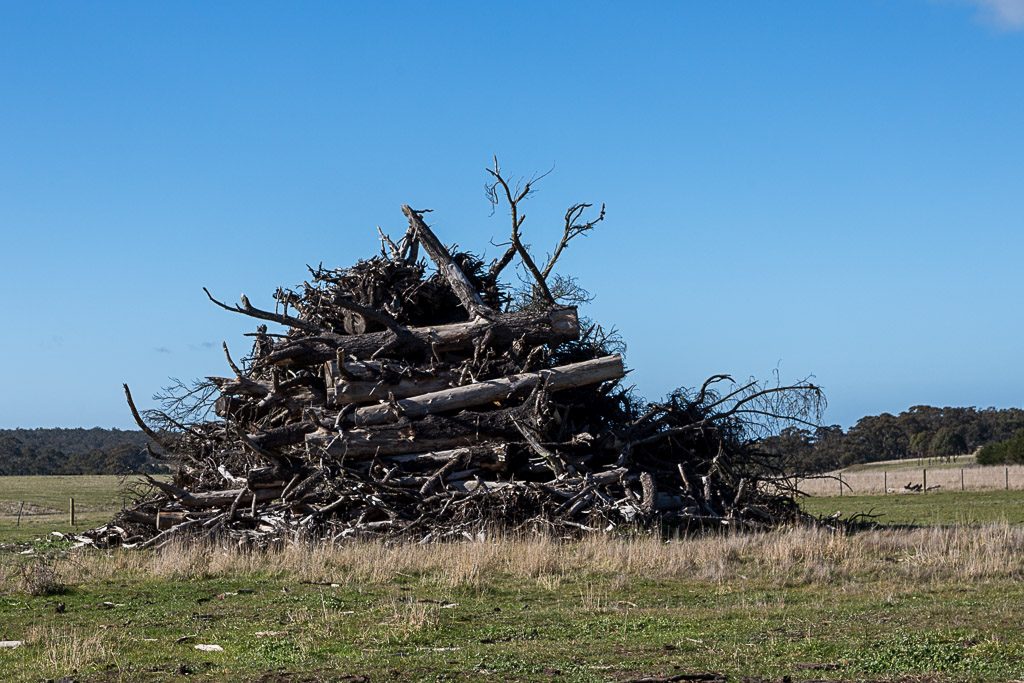 The only highlight was an encounter with a tractor. Yes, you read that right. This is how low this post is getting. Speaking of UFO’s before, I now have an idea how aliens will feel if they go walking the streets of Beromboke. At one point, a bloke cruised past on his tractor. I stood off the road and gave him a vigorous hello wave as he passed. The friendliness wasn’t reciprocated though.

Instead, he stared at me for so long whilst passing, I thought his head may rotate on his shoulders. Could he have been an ultralight hiker and was gobsmacked by the leather boots? Then again, maybe I do look like I’m from Mars. Do Martians wear La Sportiva? So many unanswered questions.

Anyway, the fun and games didn’t end there. Three times he passed me. It was like he was doing some hot laps of Beromboke in the world’s slowest vehicle. He went past so often, I gave up waving, as I needed to retain some energy for walking. At one point, I did capture him, as he lit-up the bitumen on another lap. 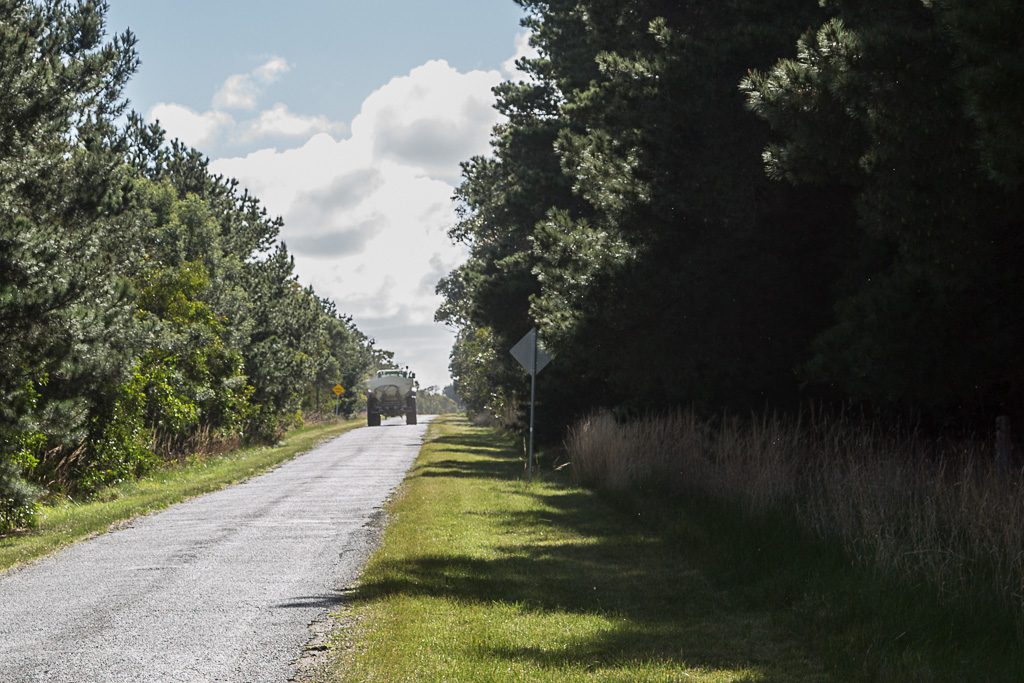 Eventually. Yes, eventually, I reached Brisbane Ranges Road, so I knew I was on the home stretch. 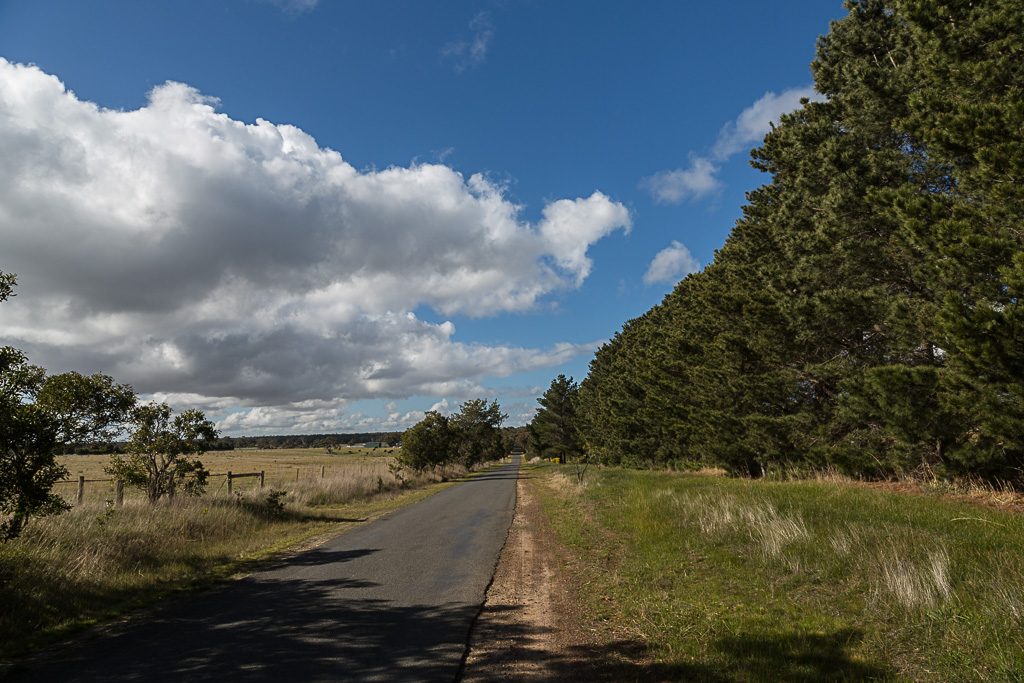 Wandering on, I continued past more farmland. This bloke has a reasonable dam. 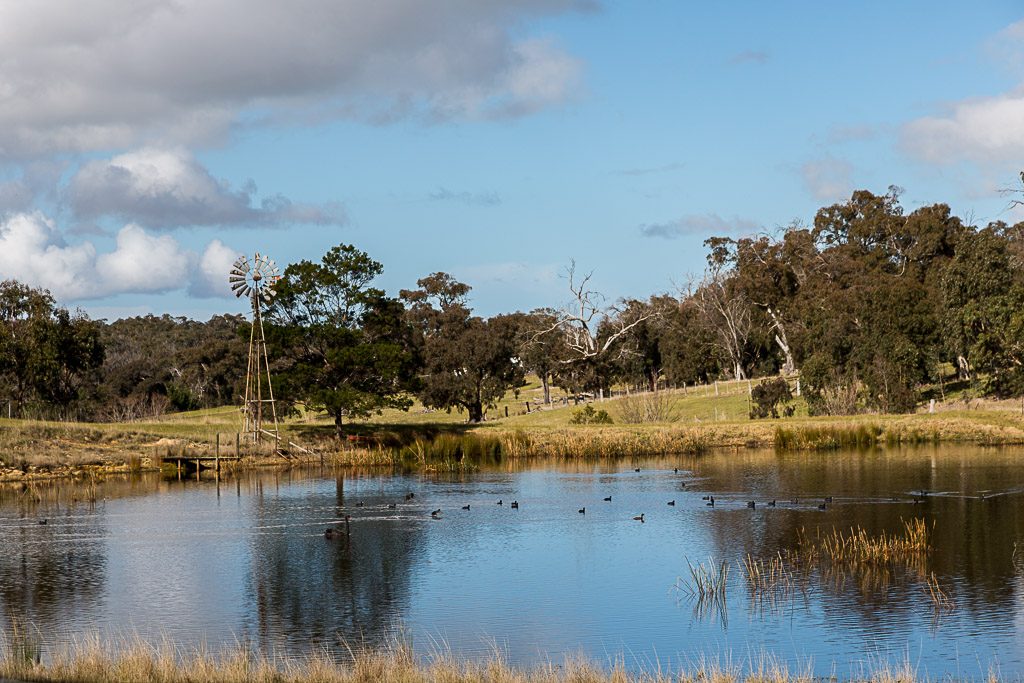 I always wanted a house with a dam. Just to have ducks visiting.

In the end, an upcoming sign was welcomed. Actually, it was more welcoming than the bloke on the tractor. 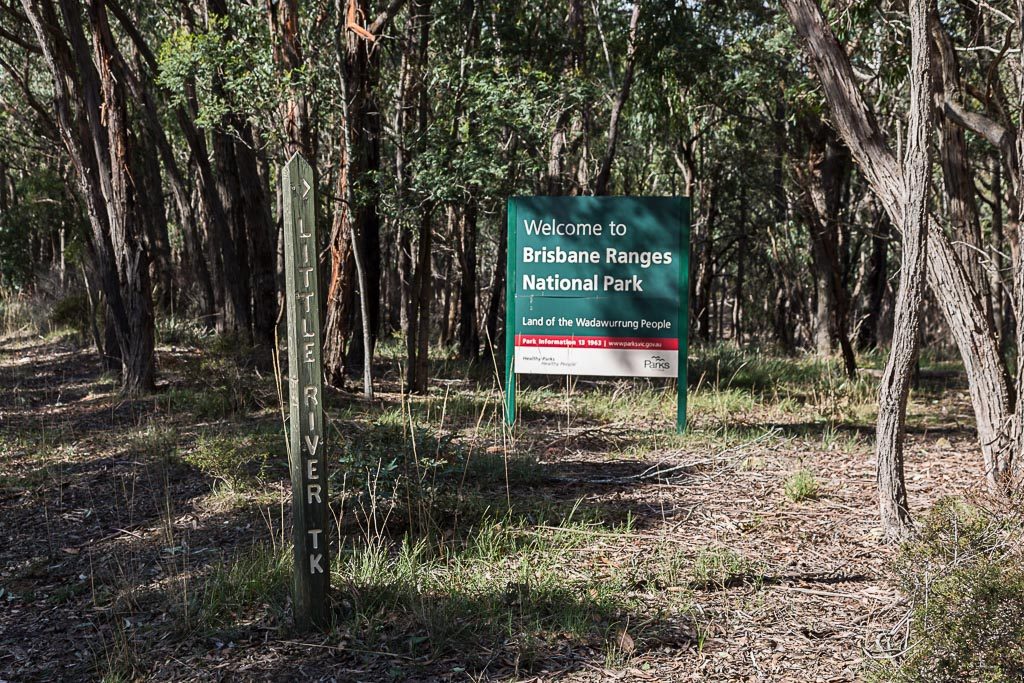 Turning off the road, there were only a few hundred metres to go. As I reached Boar Gully Camp, I dumped the pack and sat down for the first time since starting off.

You know what though? For all the angst of doing this road transition, it wasn’t too bad. What’s even weirder is I did it so quickly. I’d covered the 17 km in just over four hours, which meant I had tons of daylight left. At least it gave me roughly five hours to put up my tent.

What did the route look like? Here it is here. As I’ve said a million times, the Garmin site is permanently problematic. One day this attachment will work, but within a month there’s every chance they’ll update the site and it’ll conk out. We’ll see how it goes. Even looking at it from my end, it’s not displaying properly. Where’s the map? Mm… I’ll give it a few days before coming back and either retain or send it to the bin.

As you can see, it says the temperature was 3.9 °C. I’m not sure if that’s correct. It felt chilly, but not that cold. More importantly though, the following posts can actually describe the Burchell Trail, rather than this Day Zero.