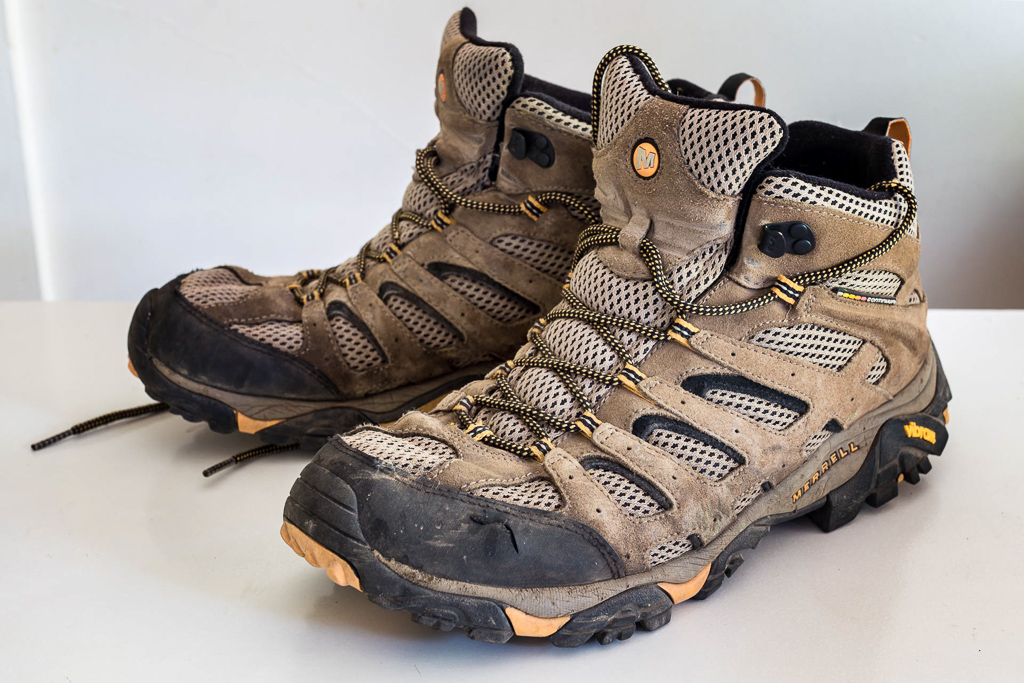 Chinjury. I bet you’ve never heard that word too often? The Urban Dictionary says it’s applies to when you fall over and hit your chin. Yeah, that’s all very good, but I’ve got a far better variation of it, after something which happened yesterday.

I’d completed a day walk and whilst on my way home, I suddenly realised I’d forgotten to eat any food for the day, other than the world’s smallest apple. This was clearly insane, so I stopped at a sleepy country town, found a chicken shop and promptly ordered big. Being way too far from base camp, I decided to plonk myself on a seat and began to inhale the contents crammed into a Styrofoam box.

Firstly, I was intrigued by the chicken which appeared to be circa 1975, due to its distinctly leathery texture. Are you wondering where this is going? Don’t worry, I’m about to tell you. I had my food box on my right and I was leaning across to select slabs of food with my bear paw in order to hurl into my mouth. As I was doing this, I felt a twinge on the lower left side of my back. Damn. All that leaning to my right had put my back out. Yes, I officially had a chicken injury, or as we now know, a chinjury. It’s a rare condition, but I’m telling you, it now exists.

Now, what’s this post about? It’s actually a tale of two entries really. The other day I wrote up a full spiel about a pair of boots I’d worn for the past two years. It detailed quite a saga, but upon finishing the entire write-up, my brain was officially somewhere else, as I deleted it by accident. Huh? How does that happen? Don’t ask, but all you need to know is I did. I considered re-writing it, but really, it’s a tall ask, so I’ve elected to recall bits of what I wrote, tap them out and get the thing over with.

Was this going to be a gear review? No, not really. It was only a pondering of an ongoing shoe drama, which I’ve had over the past few years. I’m always amazed how many types of footwear there are, yet none fit me. The main reason is simple. I’ve got wide feet, but this shouldn’t be too much of a problem, as a few companies make such a boot. EXCEPT THEY’RE NOT AVAILABLE IN AUSTRALIA. Phew, glad to get that off my chest. There’s something to be said about living in a country which is miles from anywhere and with no one in it. The market is too small? Who knows.

When I kicked off hiking a few years back, I went for the traditional leather boot. You know what? After five years, the sole might be worn down, but they’re still going strong. Yeah, I’m aware they’re a bit heavy though, so I’ve attempted to embrace the lighter footwear train. I’ve tried them all. Runners, trail runners, Gore-tex, non-Gore-tex, mids, whatever. Some have been great, except for one problem. Most haven’t been wide enough and I’ve compromised the fit. What was the solution? I researched the guts out of the outdoor shoe world.

In the end, the Merrell Moab Ventilator Mid boots (yes, I’m aware of how dumb that name is) kept coming up. It seemed to fit the bill for me. Lightweight and no wear-in time. I still prefer to have my ankles covered, so that was good, but best of all, they have a wide fit. Oh, but of course the wide fit is not available in Australia. Talk about a ball breaker, but I wasn’t deterred. In the end, I took a punt and stumped for a pair online and within a month they duly arrived. How were they? I must say it was quite an enlightening feeling, wearing boots which actually fit, instead of having my feet crushed at the sides.

There was minor problem though. I was wandering around and I noted something. It appeared I could feel every minor object on the ground through the sole. Mm… Investigating further, I examined the insole and concluded they appeared to be an afterthought. They’re so thin, I’m sure you could see through them if you held them up to the light. 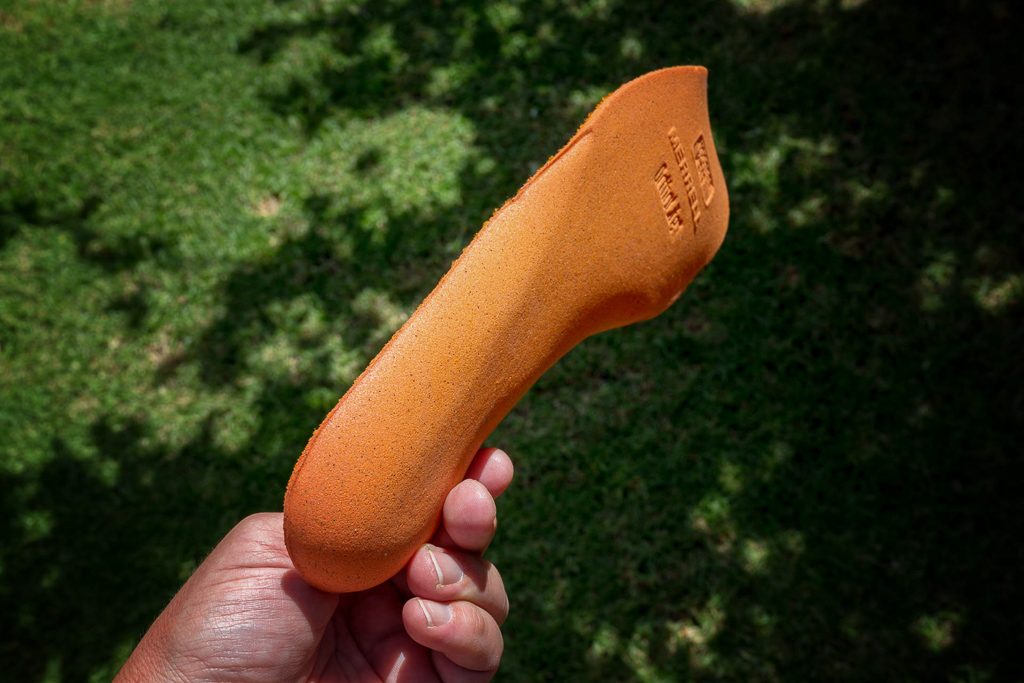 Merrell insole. So thin. So light. So crap.

There wasn’t much else I could do, other than peruse and then throw them to the shithouse and look for an alternative. Some more pottering and pondering came up with a possible solution. Superfeet. They come in all different types and colours, but in the end I went for the green… 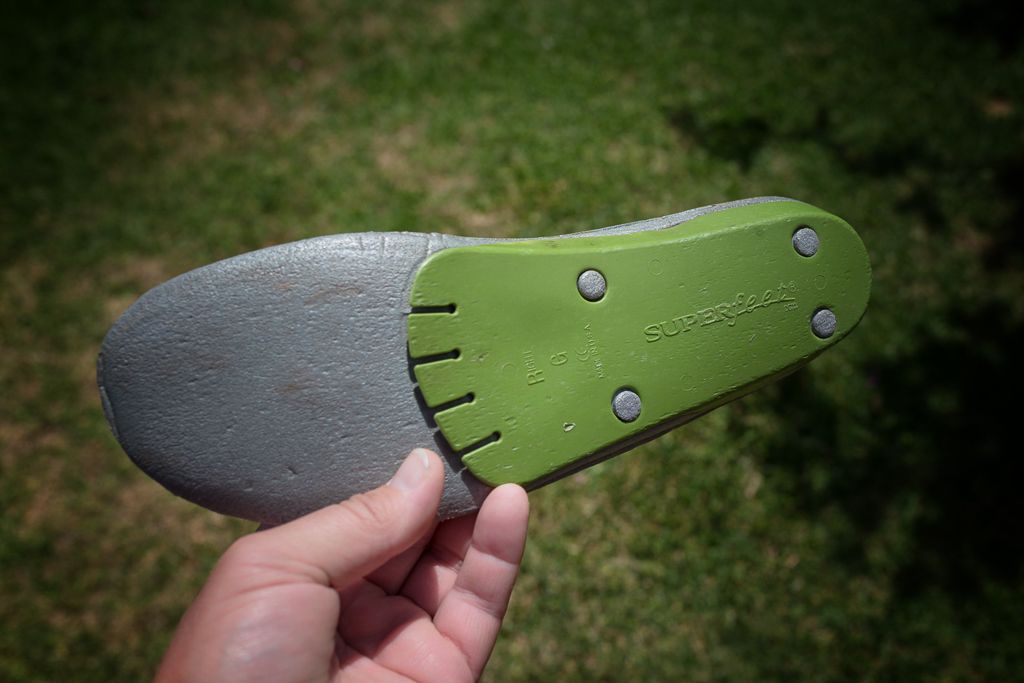 …and they’re green. You know what? They’re pretty good, as they give a reasonable arch support, which is rigid. I’ve used them for the past 18 months and they’ve barely shown any wear or tear, so they must be doing something right.

Ah, but it doesn’t end there. A month ago, I spent a day walking on hard sand and at the end, my feet were killing me. I considered whether some custom orthotics might be a proper fix, so upon my return I went to Mr Podiatrist. He decided I should try custom insoles, but not the rigid, top of the range style, as they cost too much. He suggested something called ‘Joeys’. 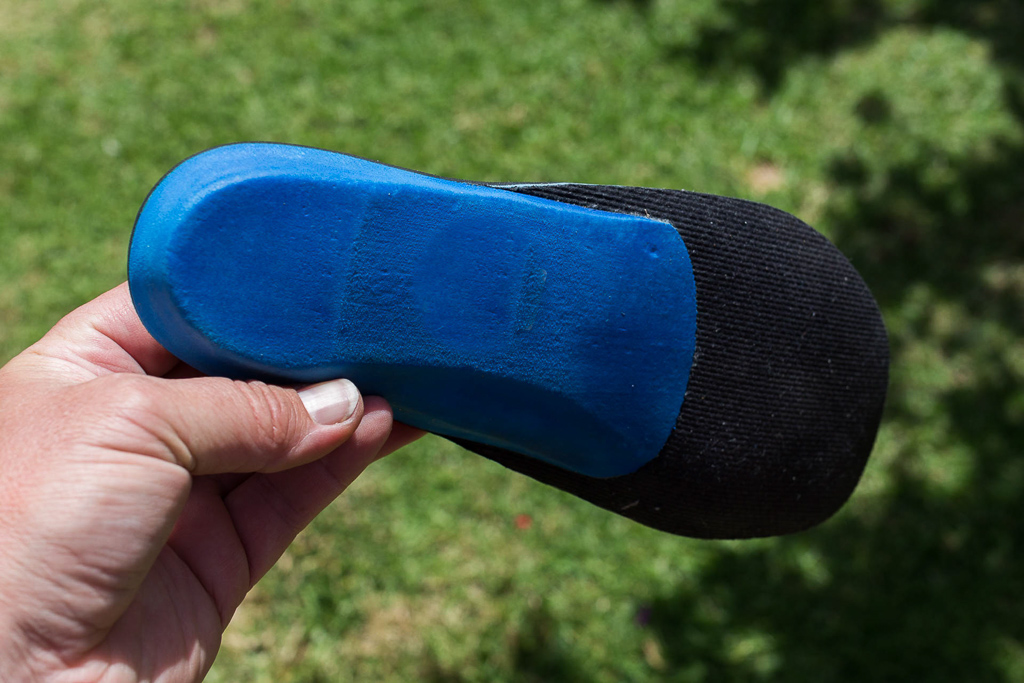 Joeys orthotic. In a lovely shade of blue.

Oh, but these things were $340, so they’re not exactly bargain basement in price. I guess this is cheaper than the stronger type, which Mr Footman says would stitch me up for about $500 – $600. He could be talking crap, but what do I know? I went with his suggestion, but there’s a problem. He said the insole would last only 12 months or so, but if the Joeys worked okay, I could get some more rigid ones cast. I’m sure I saw his eyeballs rotating dollar signs and lemons as he said this.

How have they gone so far? Well, I must say, I got them home, read some accompanying instructions, which specified things such as, ‘wear them initially for one hour a day’ and ‘don’t wear them in exercise footwear for a month’. I sat back in my chair, pondered what I’d read and promptly ignored it. I stuck them in the Merrell boots and went for a six hour walk. Yeah, I know, there was a potential fiasco on the cards, but in the end, they felt fantastic.

After a number of hours strolling in a dry river bed and stumbling through uneven ground under long grass, my feet were feeling great. Mind you, my feet were, but not the rest of my body, as it was 33 C and everything above the ankles felt like it was going to pack it in. Anyway, the most important aspect is they were a great success. Except things can’t be great all the time, can they?

I’d spent six hours wandering and was walking through bush with literally only 200 metres to a road and conclusion of the walk. My feet were feeling great and I was thinking how amazing the Merrell’s were when my toe snagged a dead tree branch. The large stick may have been lifeless, but it still packed a bit of mojo as it promptly speared through the leather toe cap of the boot. Is this possible? Yes, of course it is. 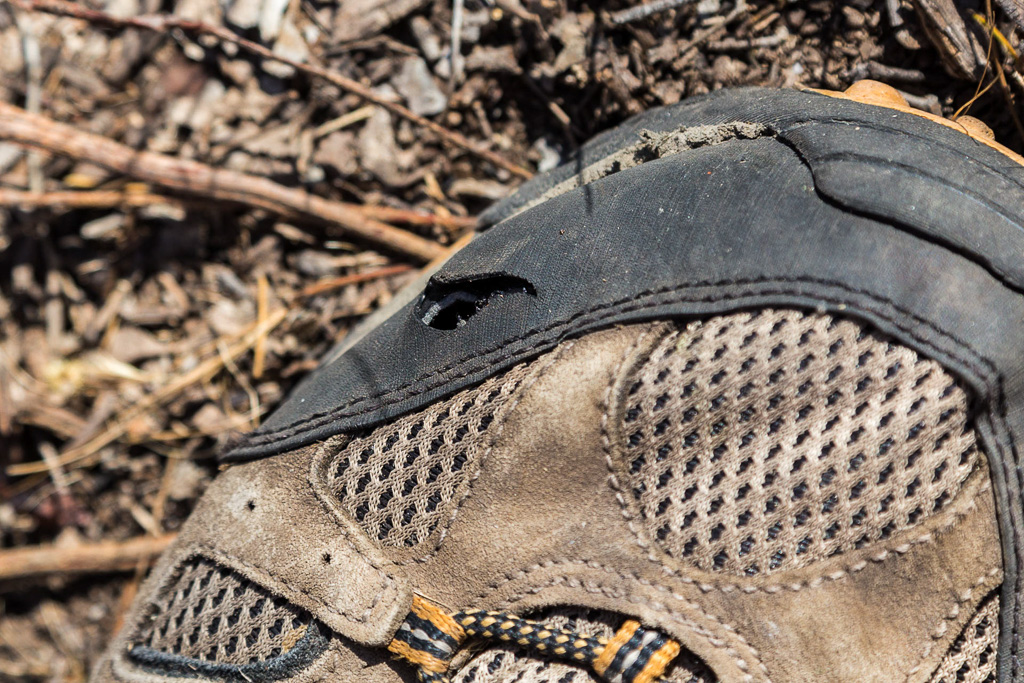 Did that really just happen?

Damn. It kinda ruins the shoe, doesn’t it? Having a huge hole in the toe? Instead of leather, if only they’d been made the protective toe cap out of the country town chicken I ate yesterday, as I’m sure the branch would have bounced off such leathery meat.

Anyway, are they knackered? Probably, but I’ll wear them for a bit longer until they finally fall apart. So, that’s where I stand in this shoe saga. A pair of damaged boots, but the feel of the Joeys has opened up a few more possibilities. I have a pair of Asic runners, which have been on the back burner, but their fit isn’t too bad, so I’m contemplating sticking the new insoles in them and seeing what happens. One day I’ll sort this footwear business out. One day.

So there you have it. The original post had a lot more in it, so deleting it by accident wasn’t the greatest idea. Anyway, this’ll do for the time being. What’s coming up? I’m not sure, but I was contemplating changing tack for a month. How’s this for an idea?

Instead of writing the usual guff, I’m considering posting a picture a day for however long I can be bothered. Ten days straight? Twenty? Maybe the full month? The idea came about, as I’ve noted I’ve been pretty lazy with the camera lately. The idea being it’ll force me to get out and take a photo a day. That’s all the post will be. Some sort of image. It could be from a walk, the city or anywhere really. I can’t guarantee it’ll be taken the day of the post, but mostly they will. So, if you suddenly start seeing a post a day, rest assured, it’s only part of an experiment to get me back into blogging and fire up some enthusiasm for blogging in general.

Writing about boots is pretty dry and dull, isn’t it? There’s a reason I leave gear reviews to others, as I’d rather be looking at stuff like this instead… 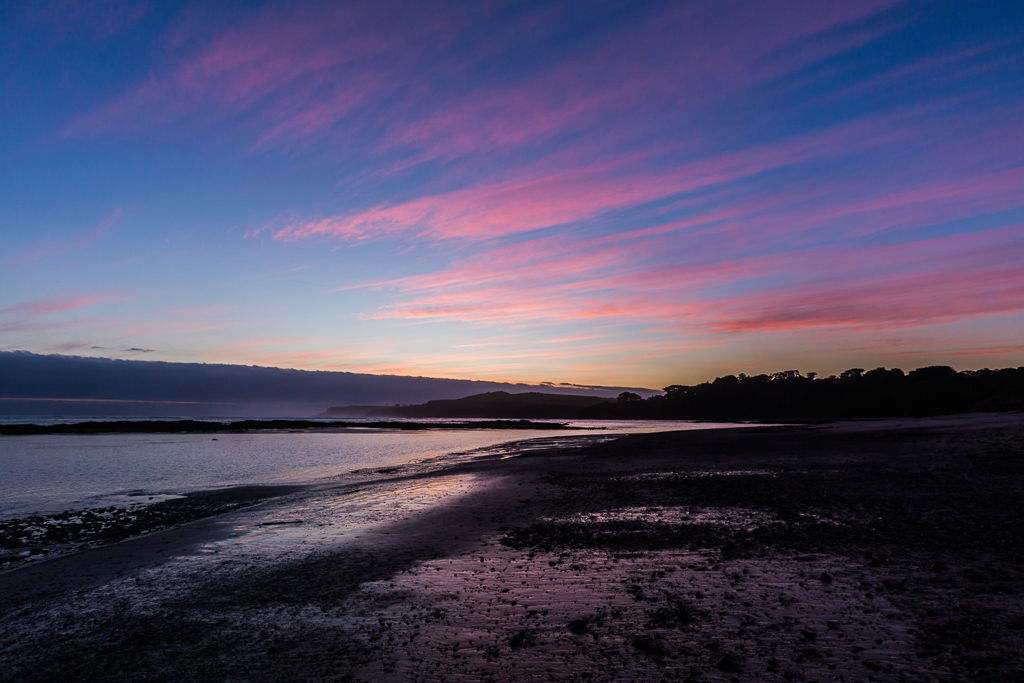