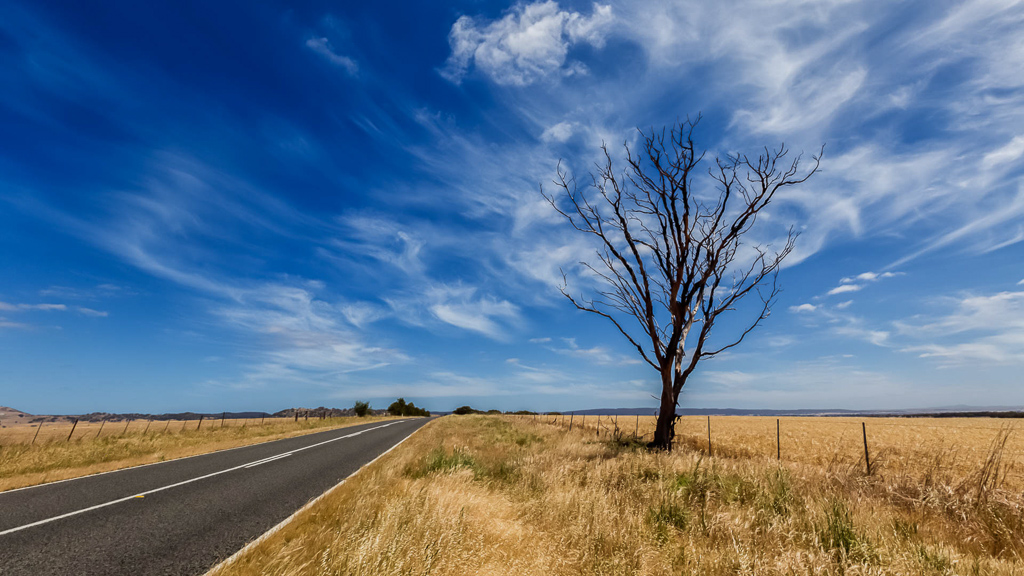 Remember the end of the last post? The bit about posting a photo a day for a month? Did you think I was joking? Unfortunately for you, I’m not. I’ve already picked out the photos, so you’re going to get a post a day for December. There might be a morsel of writing to put the attached photo in context. Or not.

The reason for this weird posting behaviour? None really, other than to do something different. I’ve got a million photos piled up all over the place and I’m just going to force feed you some. They’re not all outdoor shots either. A true mishmash of stuff and I can’t guarantee they’ll all make sense. Well, we can only hope, as being obvious might be a bit dull. Oh, I really don’t expect comments, as this will be a rapid fire affair

So what’s this shot? There’s a reason the majority of Mad Max was filmed in the surrounding countryside. The roads always seem deserted, giving it a bit of a post-apocalyptic feel. The terrain is flat as a tack and this lack of hills gives the sky a huge, open feel. Also, for whatever reason, I always seem to get mildly geographically embarrassed in the area, by turning down the wrong road and finding myself miles from where I’m meant to be. Mind you, who cares when being lost gives me photos like this one?