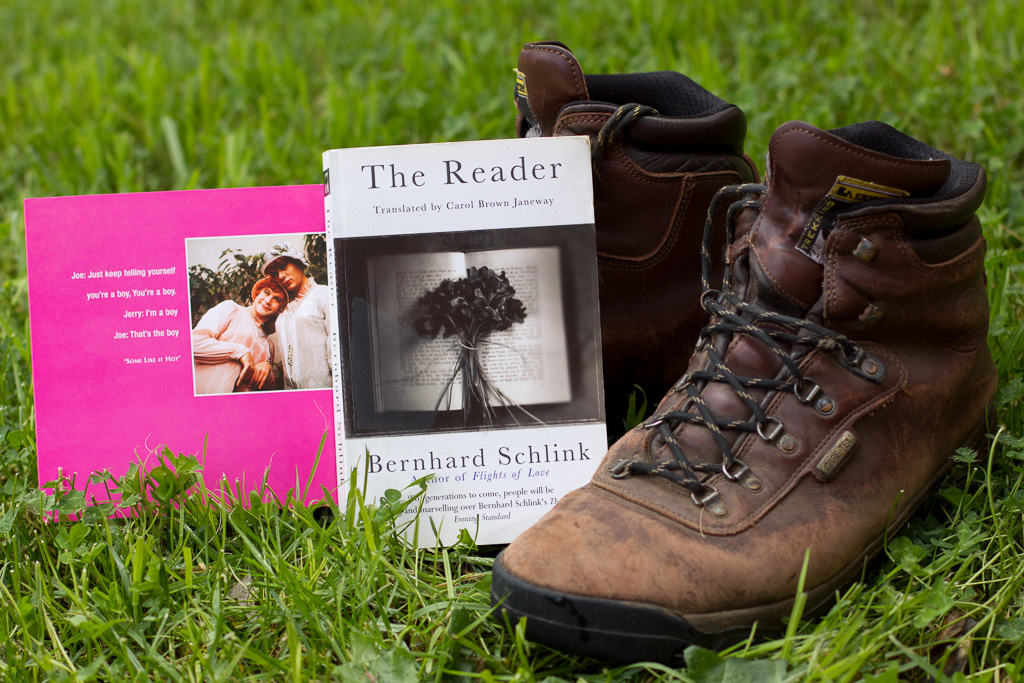 Okay, this is the second part of what was originally going to be one post that reflected on a couple of lost friends of mine, my oldest and newest pieces of hiking gear and a few thoughts about a tea cup. Surely that’s diverse enough?

There’s a problem though, as now it’s split into two entries, it feels a little disjointed. As a result, I think it’s going to bounce all over the place, but I’ll include some photos that will be on topic and some a little more random.

My previous entry dealt with my friend ‘Popeye’ and whilst writing it I did consider putting a photo of him in the blog entry. When I looked at the pictures I decided not to though, as some of the images aren’t that flattering, plus for a reason I can’t remember, he has his underpants on his head in one shot. 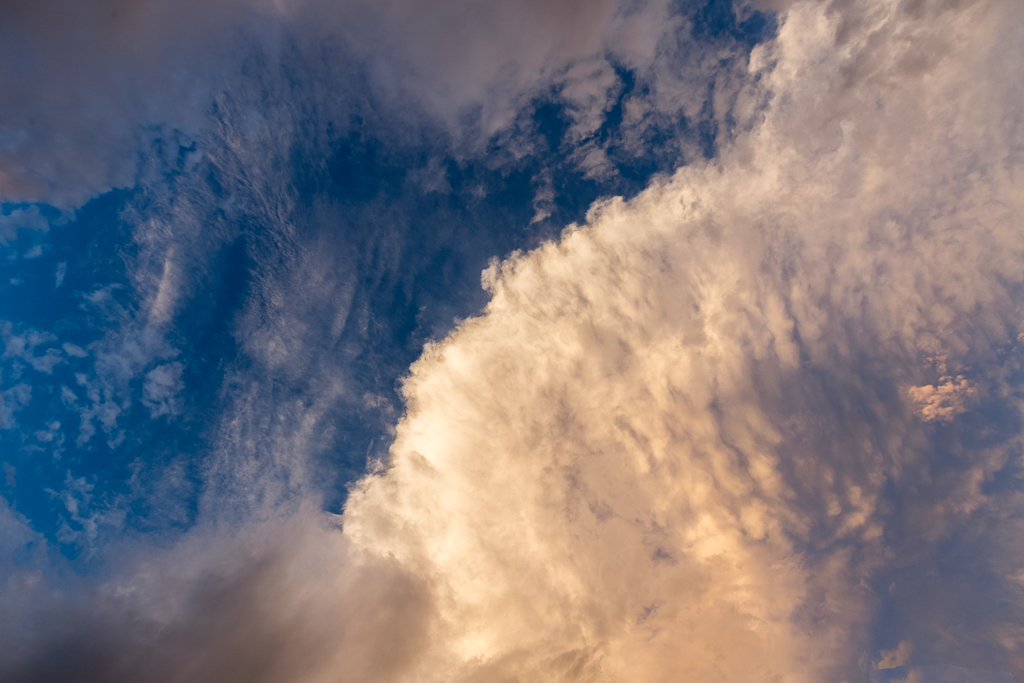 Great sky above my house

Oh, I must also mention I’ve stopped and started this post a number of times. I’ve had paragraphs in place, which I’ve retreated on and erased. I find these personal entries a little tricky to write, as it’s hard to include what I want to put in, but also balanced with a bit of privacy for the people involved.

In a way ‘Popeye’ was easy to write about, but there’s a woman who I miss just as much and I’m still not sure how to write about her. What was making it more complicated is I wasn’t sure how to word these two entries, due to my dislike of ‘fluffy’ language. Is it ‘death’, ‘suicide’, ‘take ones life’, ‘passed away’? The right wording was bothering me and I was diligent in avoiding that one word, which makes me queasy when I see it. ‘Journey’.

I asked my son Ben about my ‘wording’ problem and he set me straight with,

“Whatever you do, don’t use euphemisms. They’re linguistic deodorant, which make English language more complex, annoying and are used for hiding scary ideas and taboo things“.

He then returned to levelling up ‘Deus Ex’ on the Xbox.

It’s an interesting thought and maybe we should listen to our kids more often?I do know Ben’s easily smarter than some of the boneheaded adults I’m forced to interact with in life. Do you realise recently I had to explain to someone that, “Yes, Jews do live in Israel”.

Oh yeah, as I went back to writing and taking photos for these entries, I asked Ben if he had anything further to add and this is how he replied. 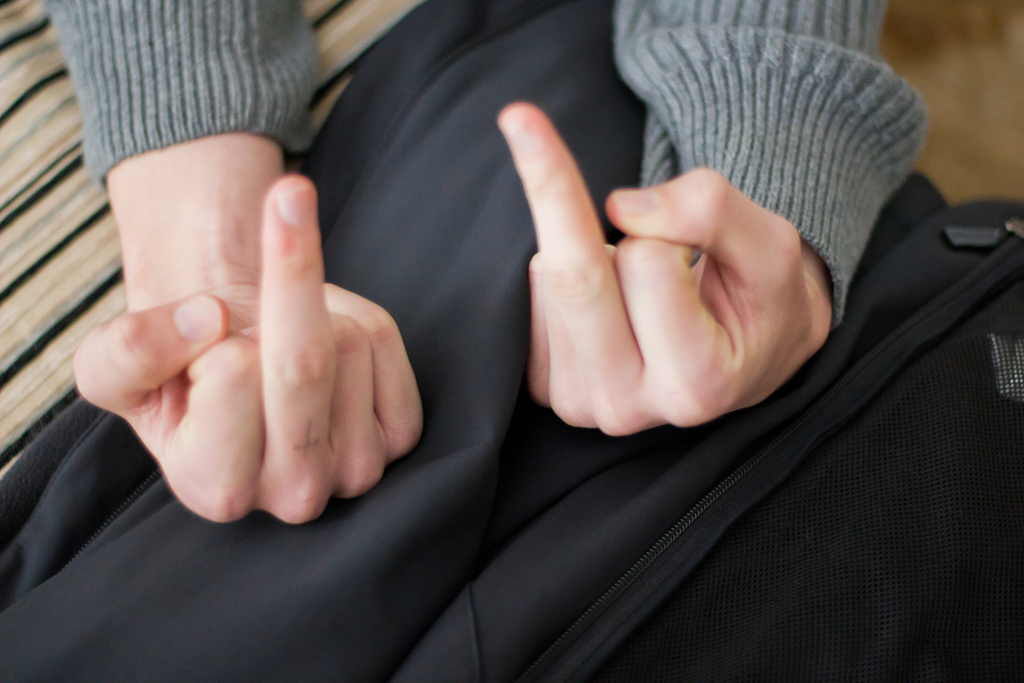 Back on track now. When I started back into hiking a few years ago I thought the first thing I should do is buy a good pair of boots. I wasn’t sure what I wanted exactly, but I started off by going to the Melbourne hiking Mecca of Little Bourke Street in the city.

It’s a deadly area to go attend with a credit card and in one store I was confronted with a wall of footwear. I told the knowledgeable staff member what I thought my shoe size is and described how a lot of shoes are too narrow for my broad foot. As a result, the wall of shoes on offer shrunk to exactly two pairs. Well, I guess it makes the selection easy? 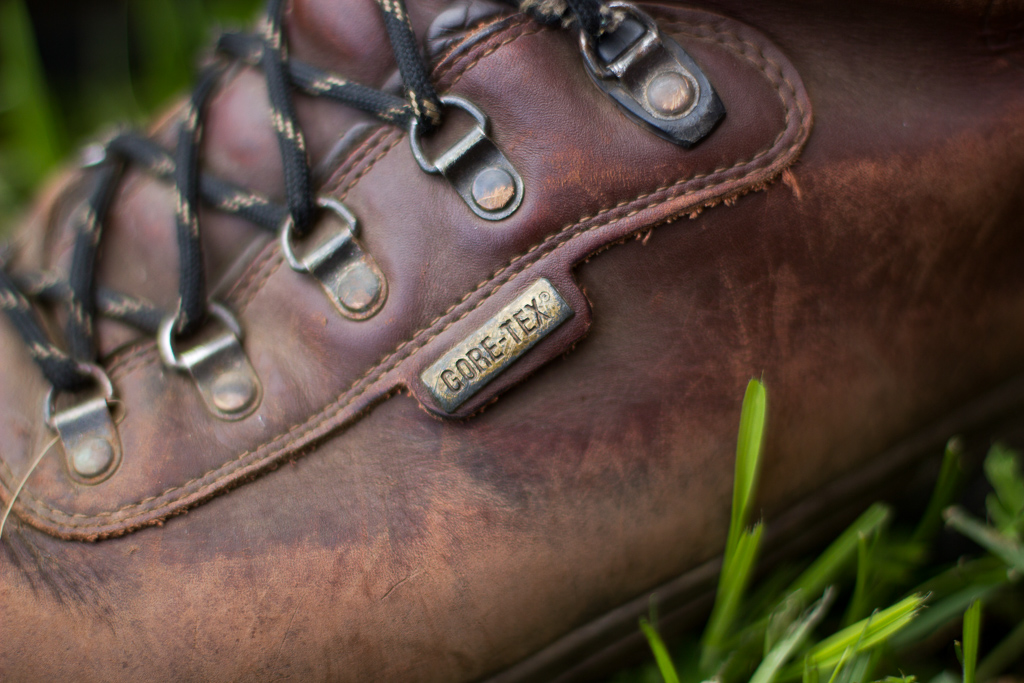 I was given a pair of (wait for it) La Sportiva Tibet GTX. Essentially they’re full leather with a Gore-Tex inner, Vibram sole and priced accordingly at AUD $399. Ouch!

I’m a 48 in European sizes, which means I might as well just wear the shoebox, but after walking around the store with them on I decided they felt perfect. Guess what? They weren’t. On their first hikes, these boots gave me Satan’s blisters and as a result, I’d tape my feet until I looked like an Egyptian mummy before heading out into the bush. I’ve worn in boots before, but these took a brutally long time and for a while I wouldn’t look at them, unless I had a garlic necklace on. 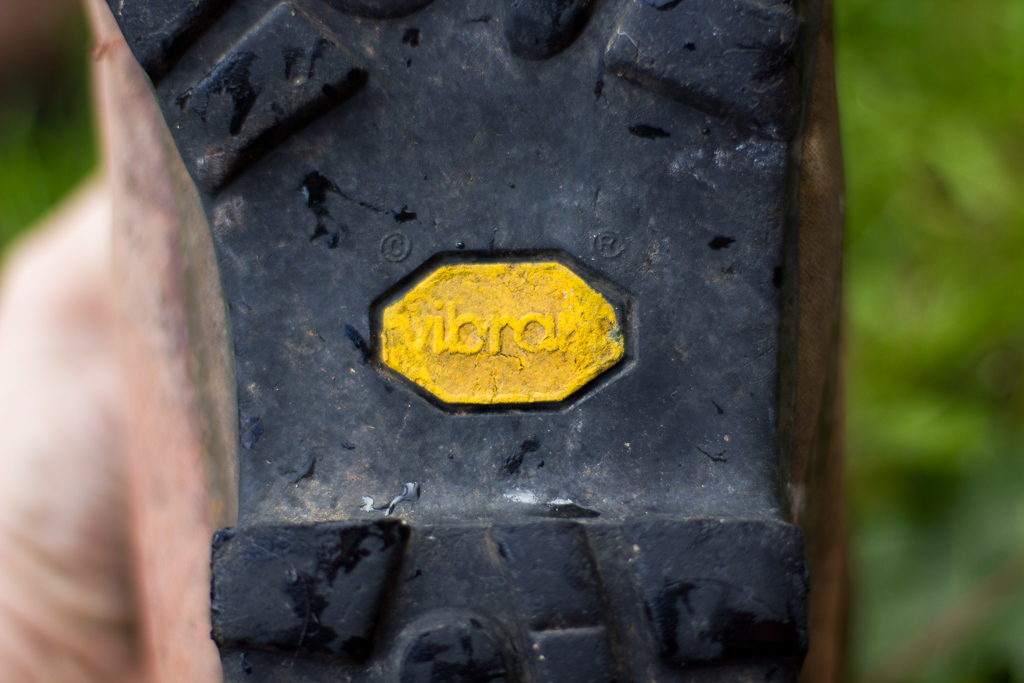 This continued until suddenly one day the boots felt a little different and I realised what had happened. I dropped to my knees and raised both arms to the sky whilst shouting, “I’ve worn them in!”. Since that moment of boot epiphany I’ve worn them on practically every walk I’ve done since and also at other times during my life. Walking to work, gardening, Scrabble and whilst swinging off my chandelier on the weekends whilst wearing nothing, but the boots.

A female friend of mine always wanted me to go horse riding with her and I’d always decline. There’s something about sitting on an animal that would leave me a little worried. “How would I control a horse if it went nuts?” was my usual complaint. She thought I was being silly, but I’d feel more comfortable on a motorbike than a horse because as at least I’d feel like I’m in charge. So, I never ever went riding with her, although she used to bug me about it. 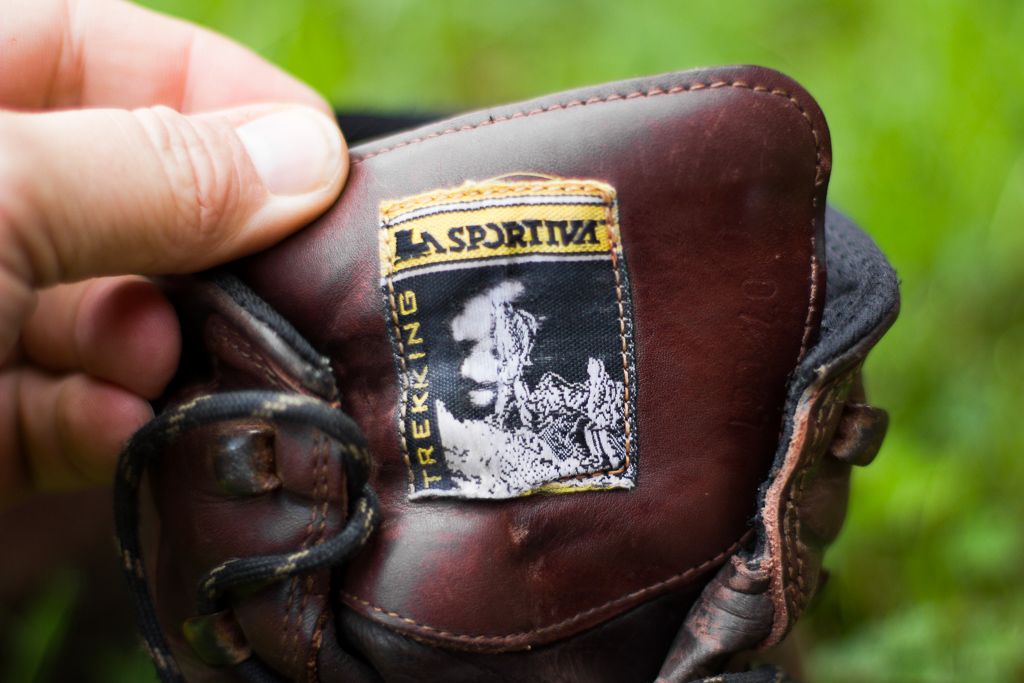 The first photo on this entry has a book she gave to me on my birthday one year, which is ‘The Reader’ by Bernard Schlink. I’d never heard of it before, but she’d loved it and thought I would also. It’s an easy book to get into and I really enjoyed it, plus I’m glad I read it a few years before the movie of the same title came out. Nothing worse than a book being butchered, so I’ve managed to avoid the film so far.

She also bought the card in the picture, which is a scene from the movie ‘Some Like it Hot’ and I love that as well. I’m a sucker for keeping things and I tend to keep all the cards I’ve received for many years. They sit in a shoe box in the cupboard and for some reason I never think that they should be thrown out. 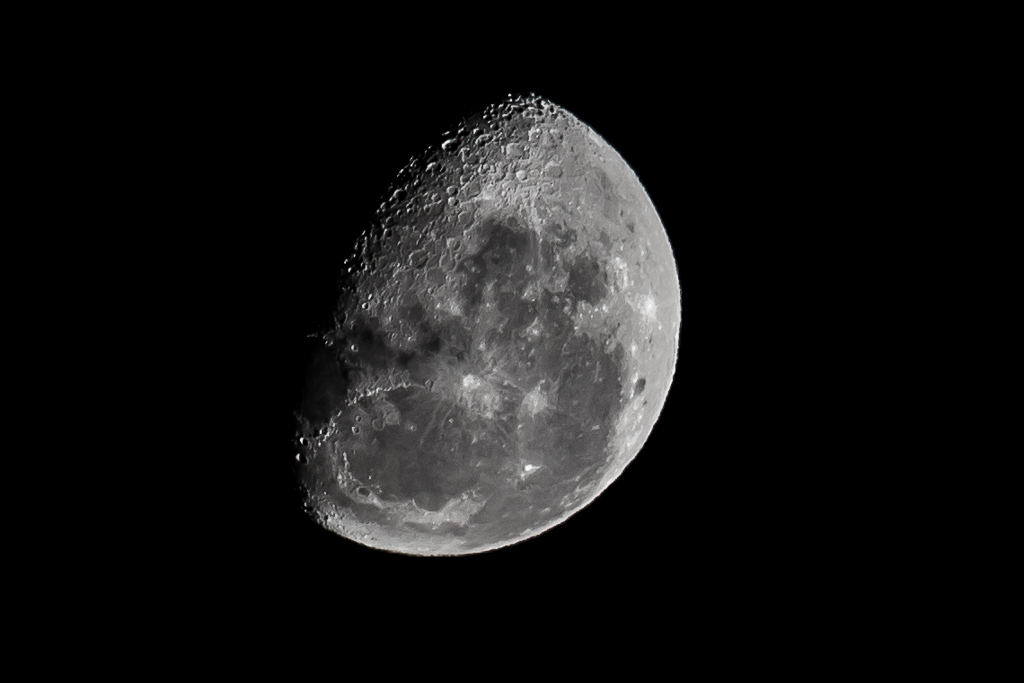 I’ll return to that in a moment, but I must make an admission that I absolutely love drinking tea. It may not be the most exciting of life’s pursuits, but it’s definitely underrated. ‘Hell Raiser and Tea Drinker’. Mm… It could work as a motto, although I admit it might need a little more work.

My mother was English, so it’s natural she was a fearsome tea drinker. I used to drink a lot until I came across coffee in my 20’s. I guess after that I became a caffeine addict and if I didn’t have a cup in the morning, I couldn’t operate. I loved coffee really, really, really strong.

There’s a shop at work that makes insanely strong coffee, which causes the toes to curl up with every sip. I loved it, until one day I realised I’d get brutal headaches if I didn’t have enough during the day. What the hell was I doing?

I decided I’d give it away with the traditional ‘cold turkey’ method. It didn’t go too bad, although I wish I had a straitjacket to stop me from clawing at my body due to the withdrawal symptoms. A decade or so later, I’ve recovered and I only drink tea.

Fathers Day came around and Ben asked me what I wanted and I replied, “Something tea related”. “Okay”, was the reply and when the day occurred I was amazed to receive the biggest tea cup I’ve ever seen. It’s magnificent, as I love a big cup and the fact it’s very colourful is a bonus. I took a few photos of it, but it’s hard to see the scale of it. So, instead I took a photo of it next to my car with myself standing next to it. Hopefully you can see the size now. 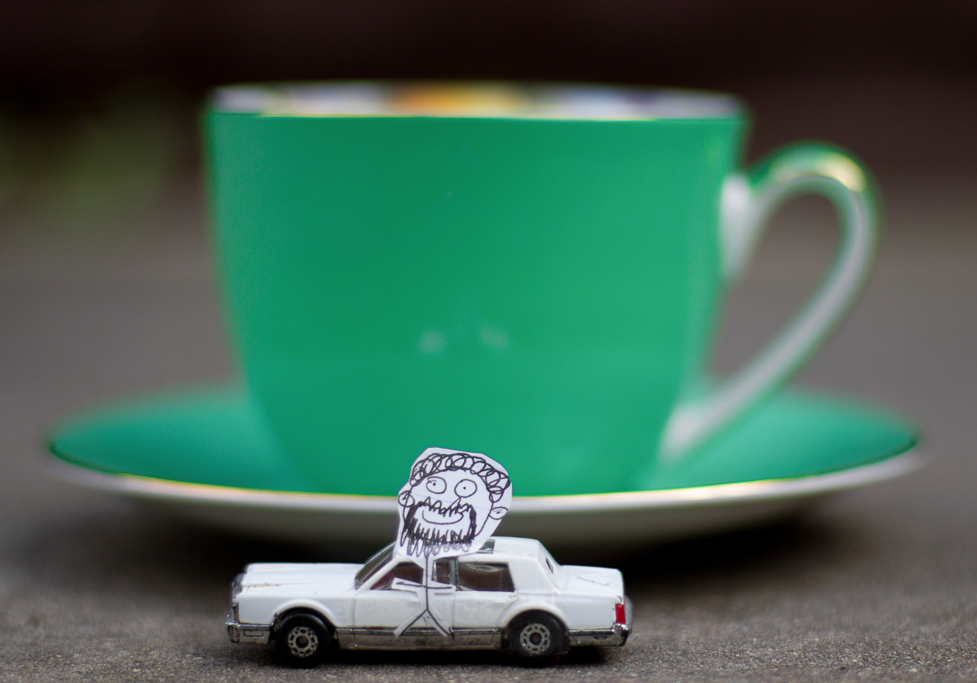 That’s not all, as there’s a fantastic display of flowers inside the cup which gives me maximum Zen whilst I’m drinking my tea (Dilmah of course). 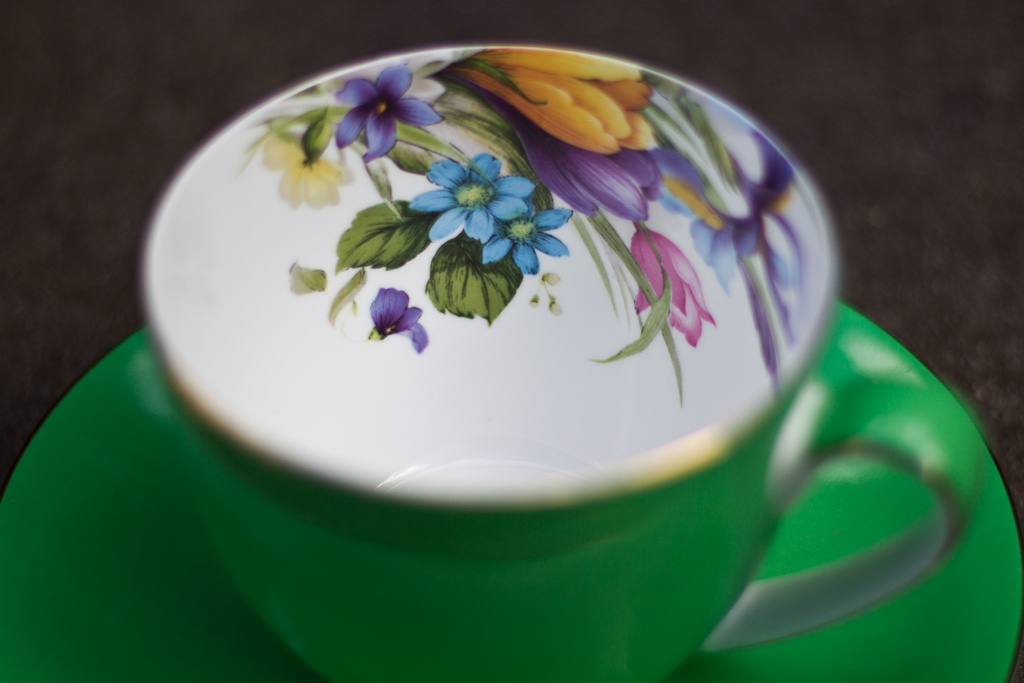 My book buying friend who was in her early forties, mother to three children and was intelligent, compassionate and funny, went away on a short holiday. She was riding an old trail riding horse who for reasons unknown became spooked and threw her off. She hit the ground, never regained consciousness and died a few hours later.

I have the card, which reminds me of her when I look at the lovely writing inside. We used to talk about a lot of things on our frequent walks after work and I miss her company since her death three years ago. She gave me her iPod to load music on and she used to rave about one of the songs I gave her, which is one of my all time favourites as well. The song is ‘Static on the Radio’ by Jim White and includes the lovely vocals of Aimee Mann. One of the lines in the song sums up these last two blog entries.

‘…For all my ruminations I can’t change a thing…‘