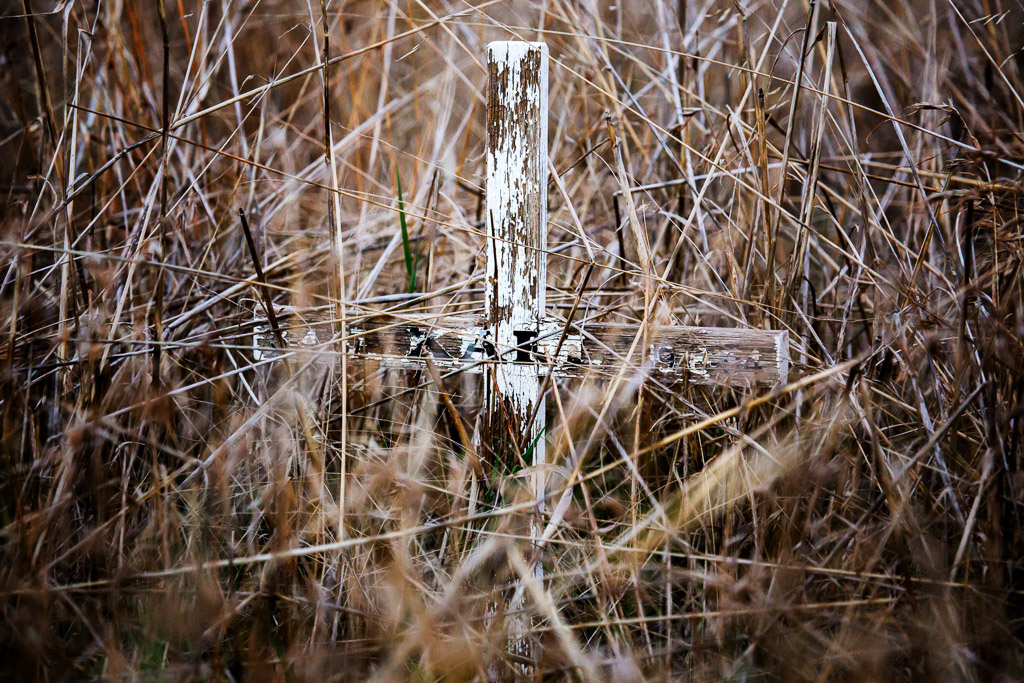 In Victoria, the eclipse was forecast to occur not long after the moon had risen, which was early in the evening. With the moon low to the horizon, it would appear large and the whole event had ‘super-sized photograph epic’ written all over it.

What to do when you’re sitting in the suburbs? I’d worked that day, so I didn’t really have time to get to a clear spot with an uninterrupted skyline. A compromise was needed, so I headed towards the vast, outer paddocks in Melbourne’s west, which was about 15 minutes drive from my house.

I don’t even remember which road I took, but I found one which gave me a view above the city and the sky being relatively open. Actually, there was one problem, but that might appear further along in this photo month.

Anyway, I parked at the side of the road and hopped out. Lugging camera and tripod, I waded through the long grass and suddenly came across this overgrown roadside memorial. If I was walking ten feet either side, I’d never have seen it.

Roadside memorials have always interested me and I still don’t know the exact reason why. On the vast, Australian roads they’re a common sight and at one point, I was going to catalogue them photographically. Not just snap shots, but proper photos. Low angles, low light etc. It was an interesting idea, until I found out someone has already done a book about them, so I long abandoned the project.

This is another one, just like the other hundreds out there.

Oh, how did the eclipse photos go? Crap.