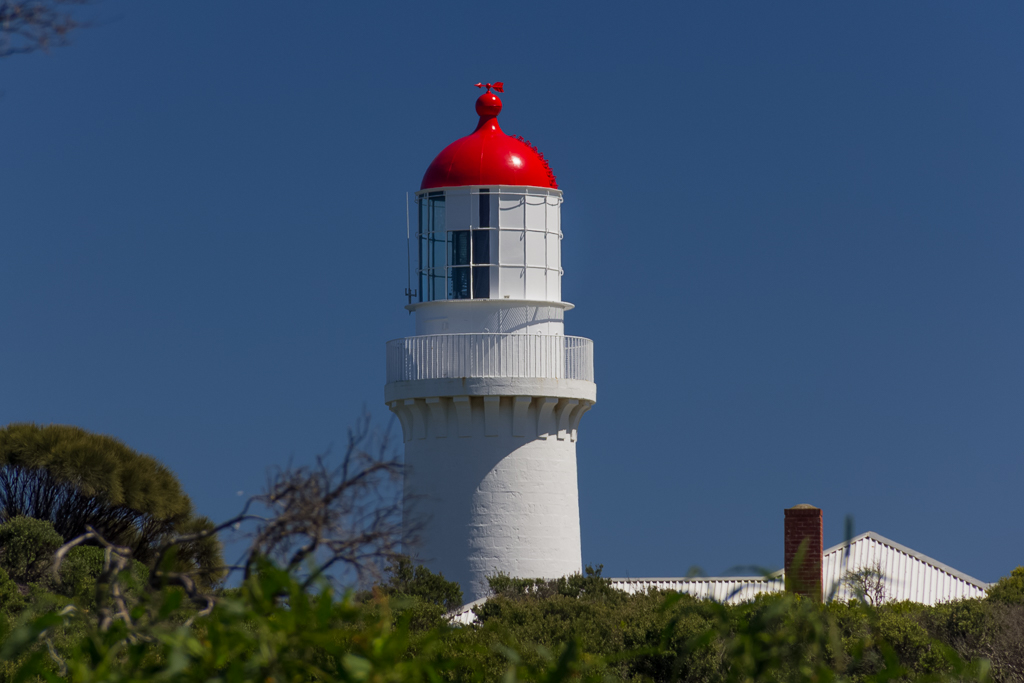 Yeah, I know this is a hiking blog, but instead all I’ve been doing is lying on the couch instead of walking. As a result, I’ve really got nothing to write about. I did go for a walk around Cape Schanck again, but I’ve already written about it before, so there’s not much point going through it again. If you’re really bored, here you can find a trip report to Bushrangers Bay, which is a few kilometres from Cape Schanck.

I thought I’d add the odd photo though, just for the hell of it. I’ve been trying out a polariser filter on the camera and I’ve felt the beginnings of a polariser fetish. I think it’s the overpowering contrast that’s doing it for me. 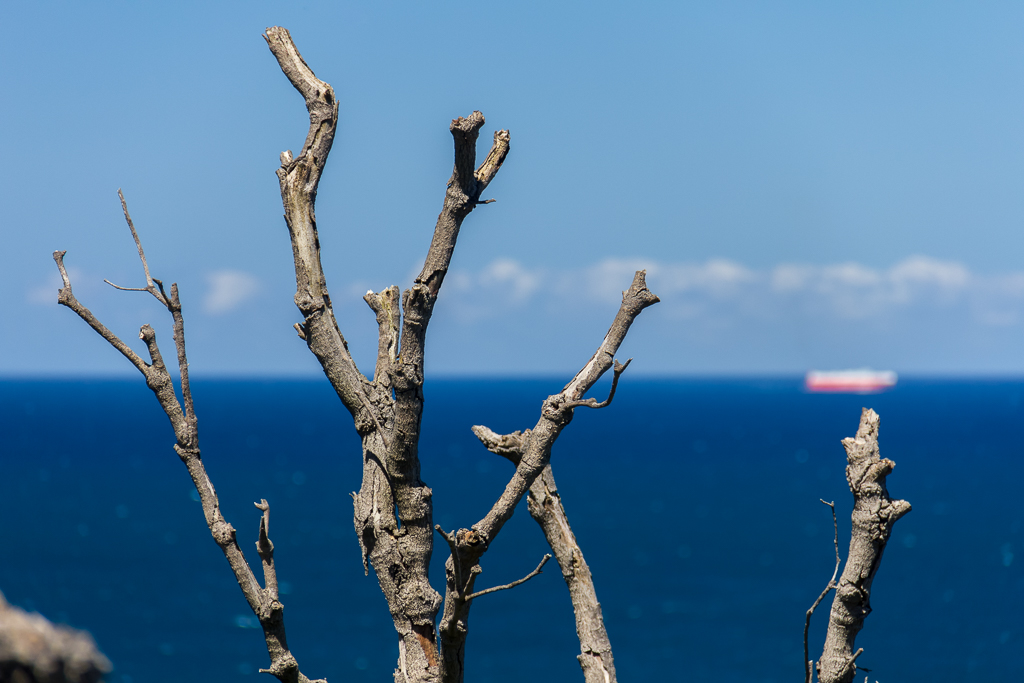 I feel emotional whilst looking at the contrast 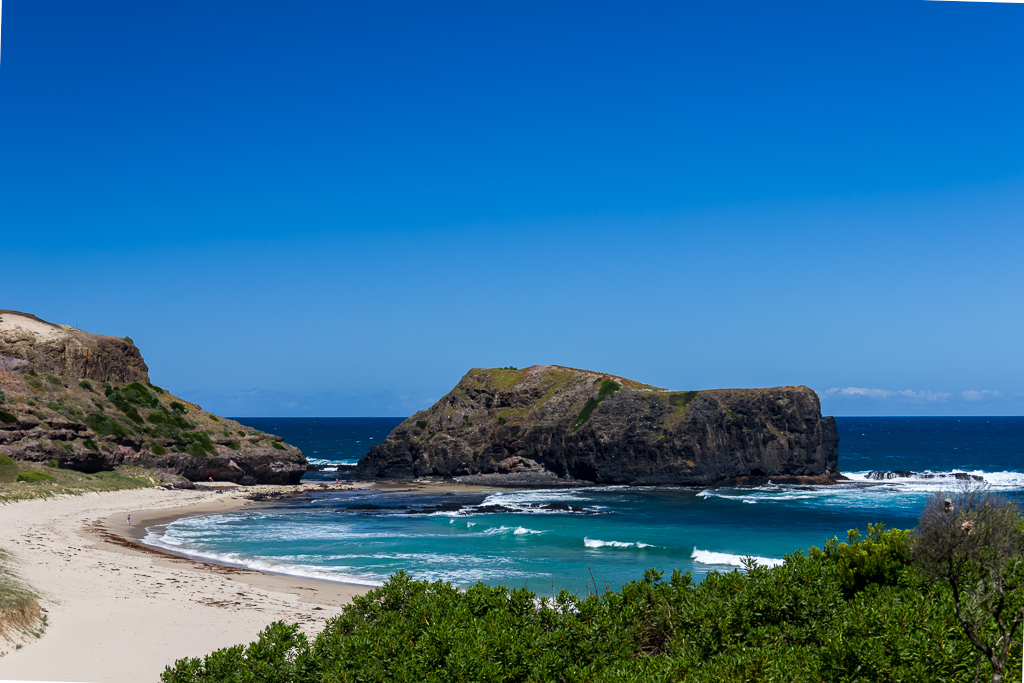 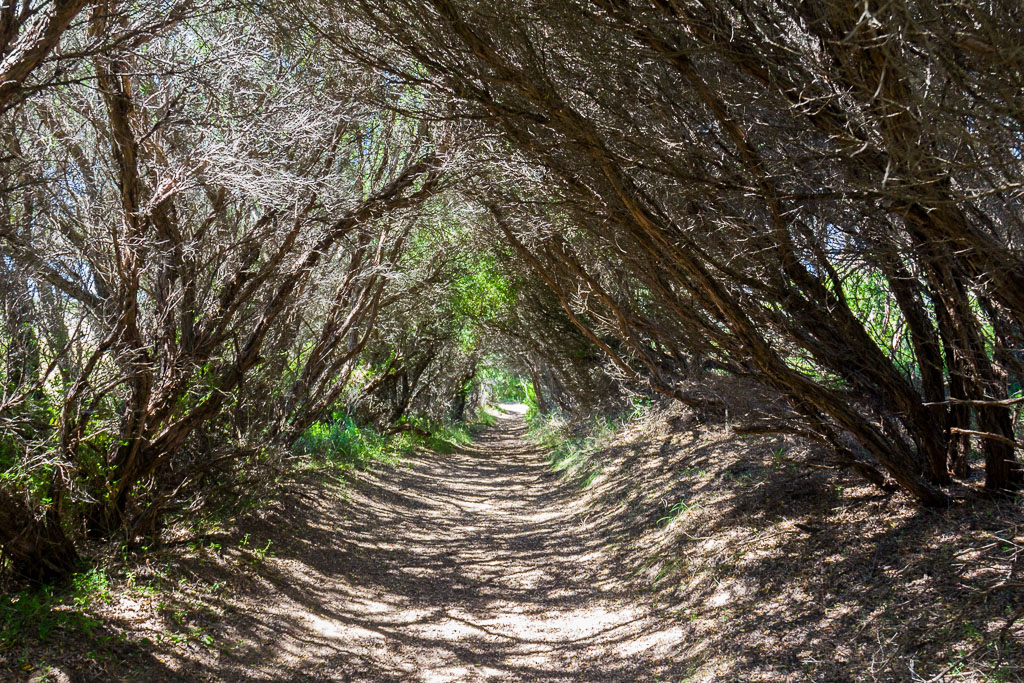 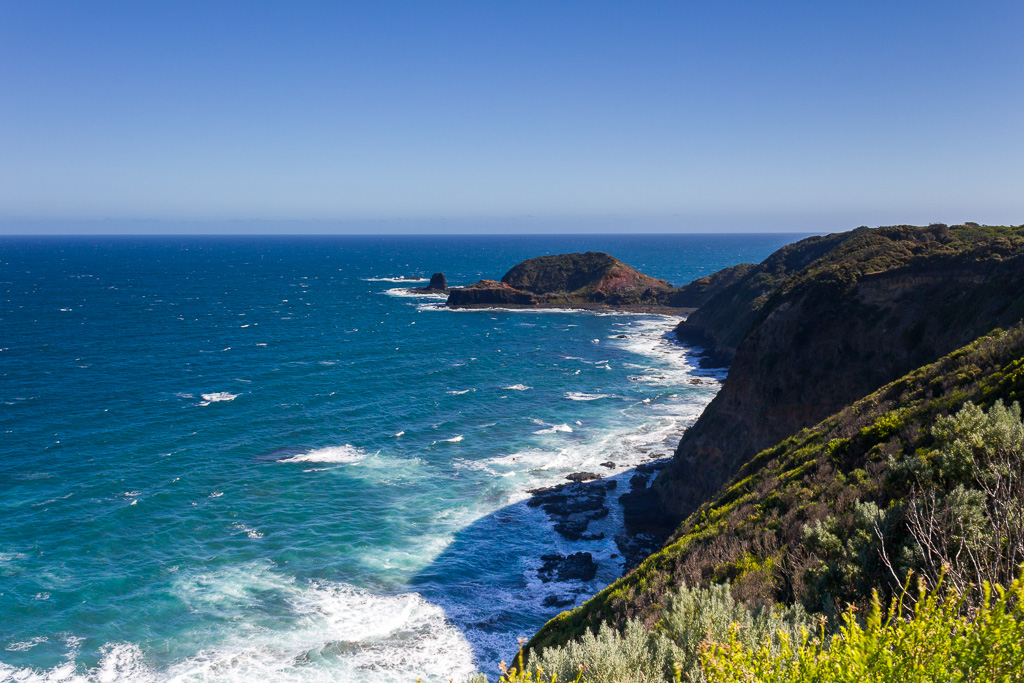 There was a handy sunrise the other morning as well. When heading to work, I walk outside my house and like a real man, immediately snap my head into the position where the back of my neck hits between my shoulder blades. It’s mildly painful, but I like to get a full impact of an early morning sky. No upwards wimpy glance for me.

Considering these photos, I’m thinking they show an Altocumulus mackerel sky topped off with some random moon action. I was getting so involved, I forgot about work and ended up running late. I think the only other highlight lately was the other day when I walked out the shops and some bloke nearly walked into me. I was thinking, “Easy muscles, that was close” when he hollered, “Sorry mate, I’ve only got one eye!” Okay, fair enough then. 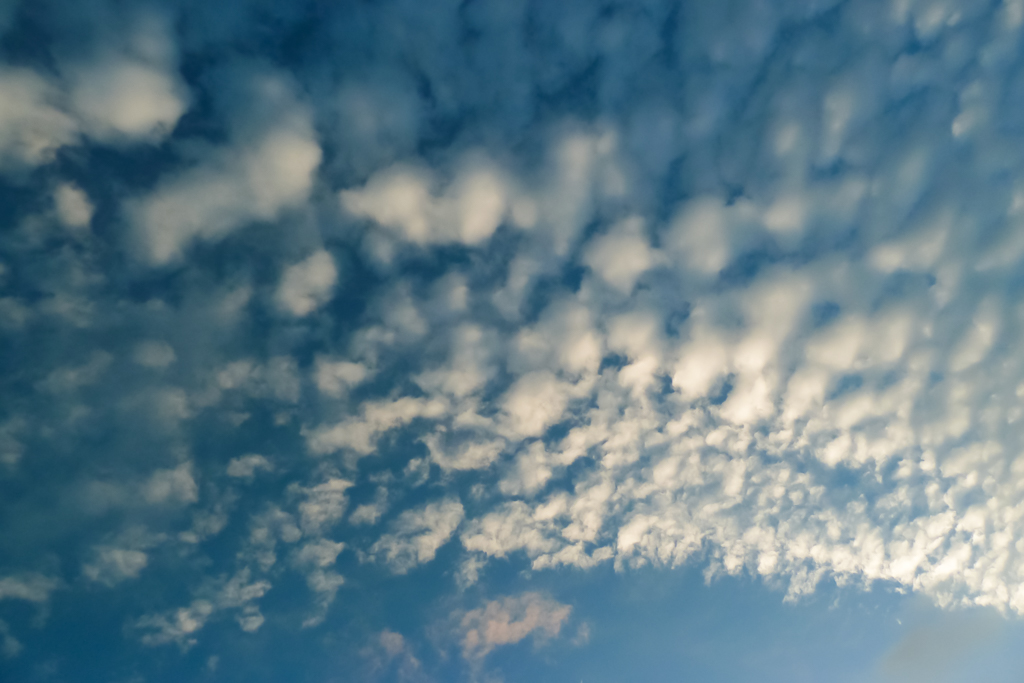 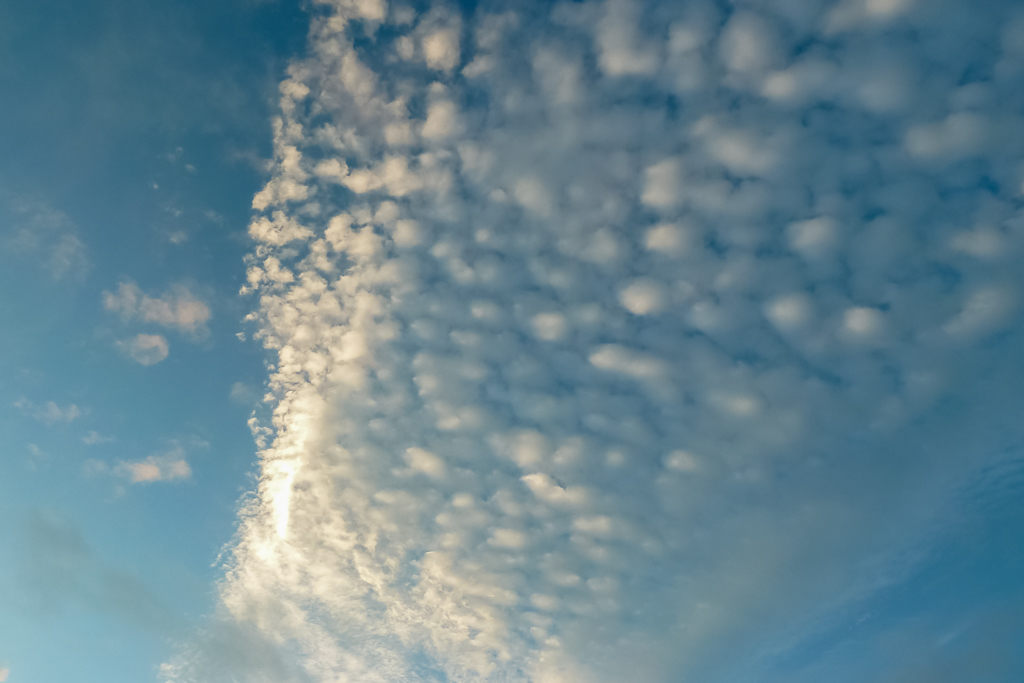 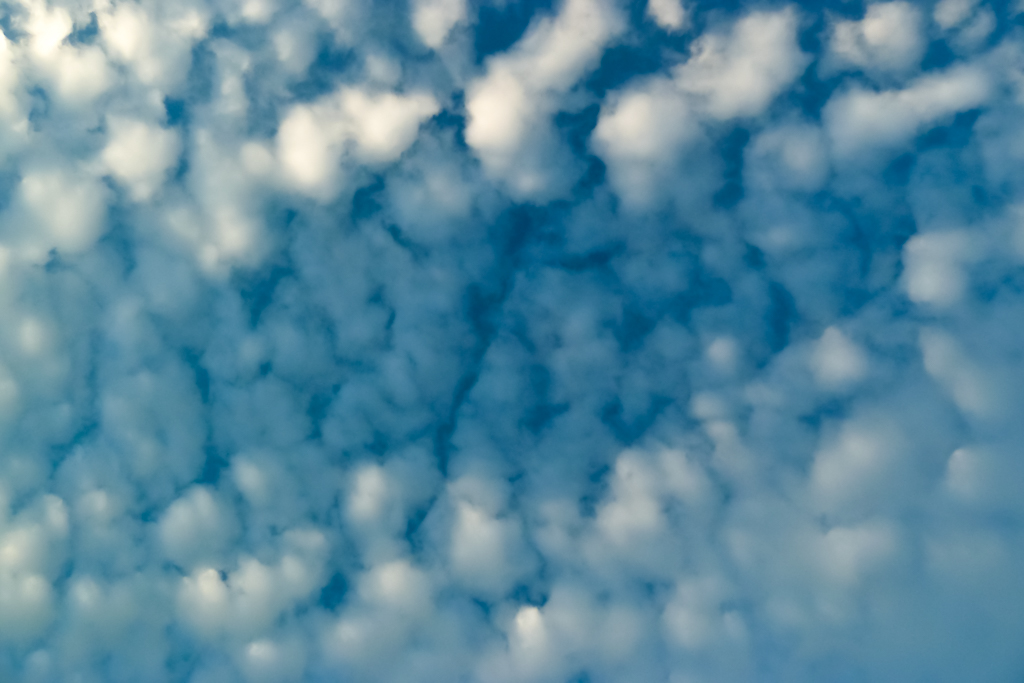 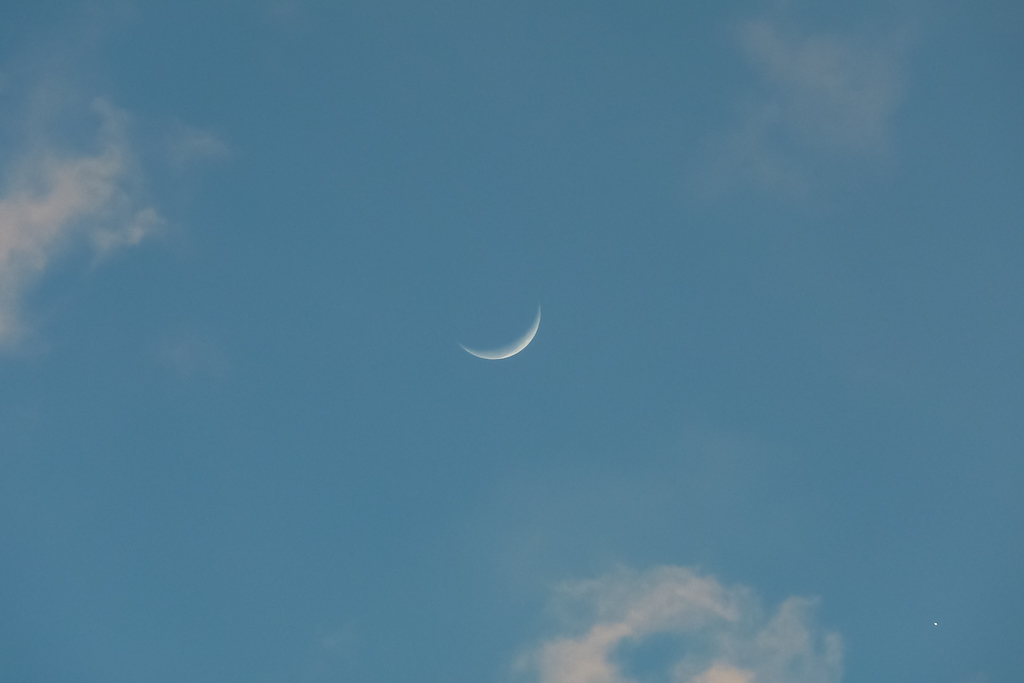 Oh yeah, this has nothing to do with hiking, but as this jet flew overhead it was a chance to go polariser crazy again. The rich colours make me want to collapse to the ground, weeping at the contrast.

Anyway, this is the end of an insanely lame blog entry, but hopefully it picks up again next week, as I’m off on a road trip. Yes, I have to report for duty at MK’s house at 5am on Monday morning with full hiking gear and a bicycle. Huh?!

The mind boggles, but it’s a trip to NSW to climb Mt Kosciuszko. I don’t think climbing Australia’s highest mountain will be much of a challenge. Only today I read an article where the writer was at the top for 30 minutes and during this time, 150 people also arrived. I guess it needs something unique that won’t make the climb a complete bore. I’ve considered doing the moon walk to the top or maybe continual star-jumps? That would be different I guess? 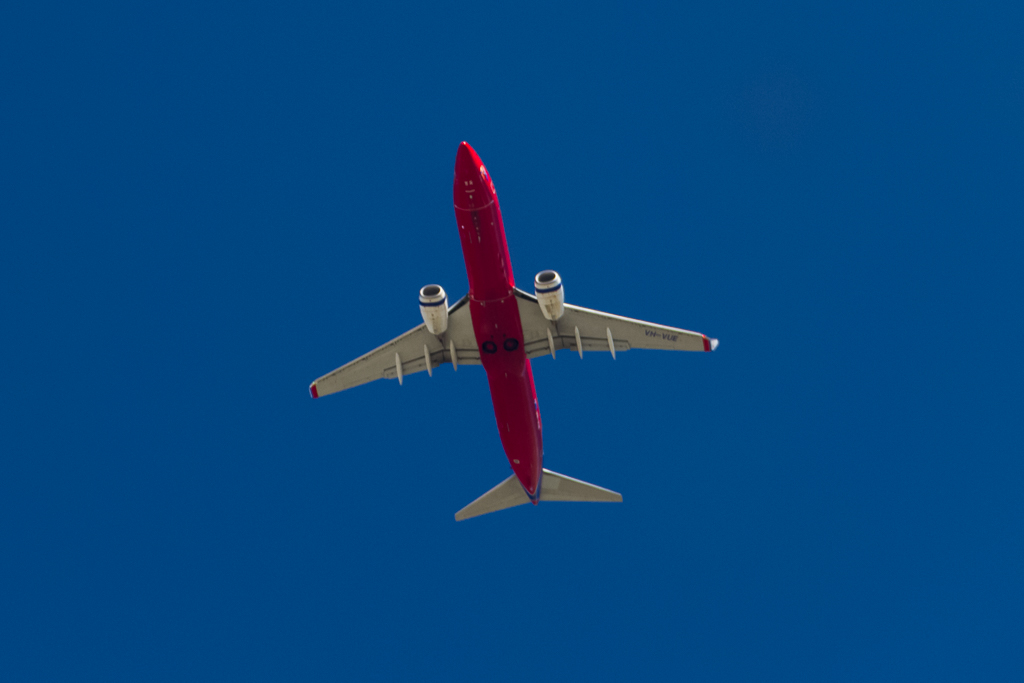