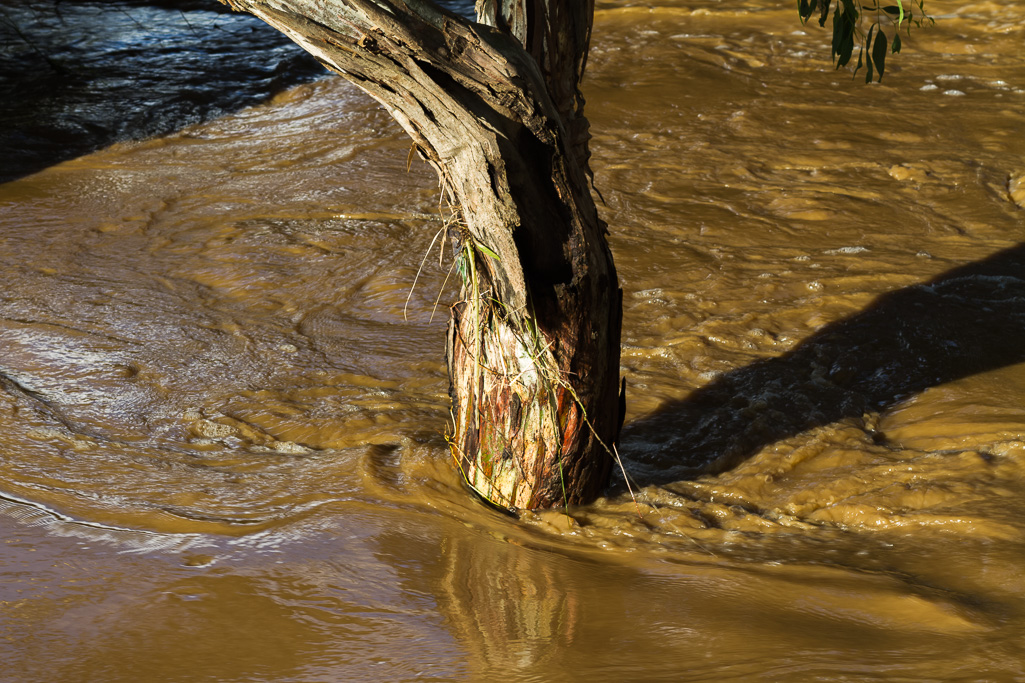 It’s certainly been a strange time with the devastating floods in Australia and abroad. After 10 years of drought, the weather does seem extreme in my neck of the woods as well. In Victoria, the rain is nothing like what’s been going on in Queensland though. I don’t need to talk about the floods in my lame blog, as the modern day, constant news saturation has been doing this in abundance.

In my world, I was hoping to get a walk in this week, but it hasn’t happened for all sorts of reasons. I did attempt to get to the Ingliston Granites at Werribee Gorge, but it’s been closed because of, well, the amount of rain.

Instead, I decided to head out to a couple of creeks that are usually bone dry at this time of the year. I’m seeing if my camera will be nice to me, as I’ve treated it with a nice new lens that should make it happier. If not, I will face down wind and then send the thing into orbit with my best torpedo punt. 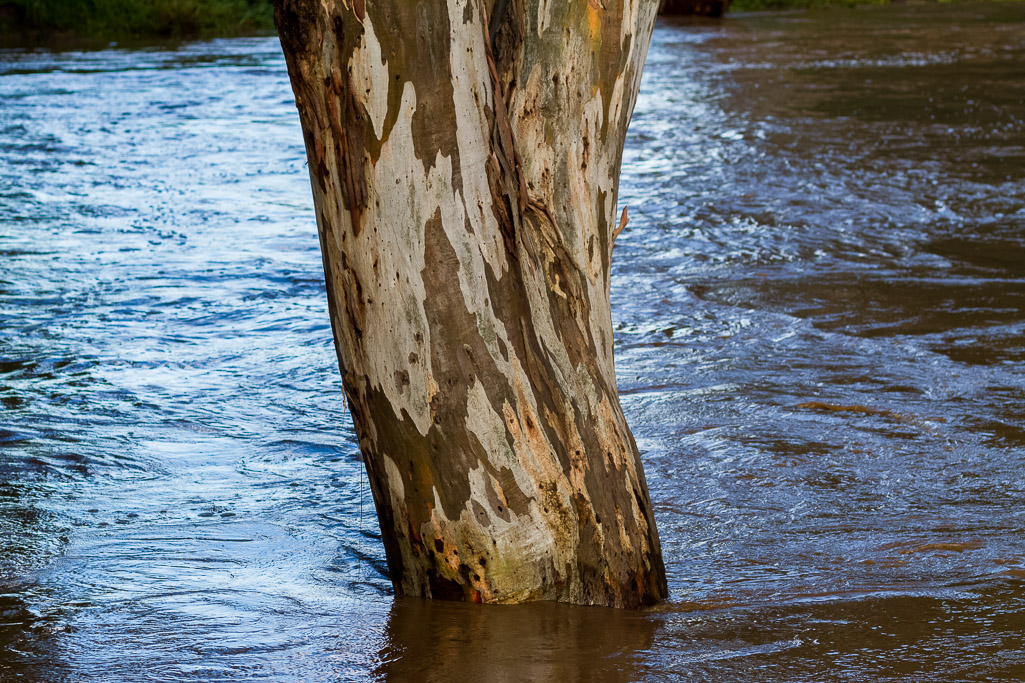 Anyway, a series of silly things always seems to be happening to me and I need to walk to clear my head. Regularly! Ben and I went out for a quick bite to eat in St.Kilda during the week and an unusual thing happened. I didn’t get my meal.

After leaving the restaurant, which has a ‘no food’ service option, we then saw a bloke walking his dog. That’s quite normal, but he happened to be wearing Bear Grylls’ pants. What? Yes, they were exactly the same, even down to the wild man black knee pads. He was also carrying a drink, which I’m pretty sure was his own urine. I was so impressed by the sighting, I ended up Googling, ‘Bears pants’ and lo and behold he has a website selling the identical pants I’d seen walking a dog. Adventure wear for the suburbs I guess. 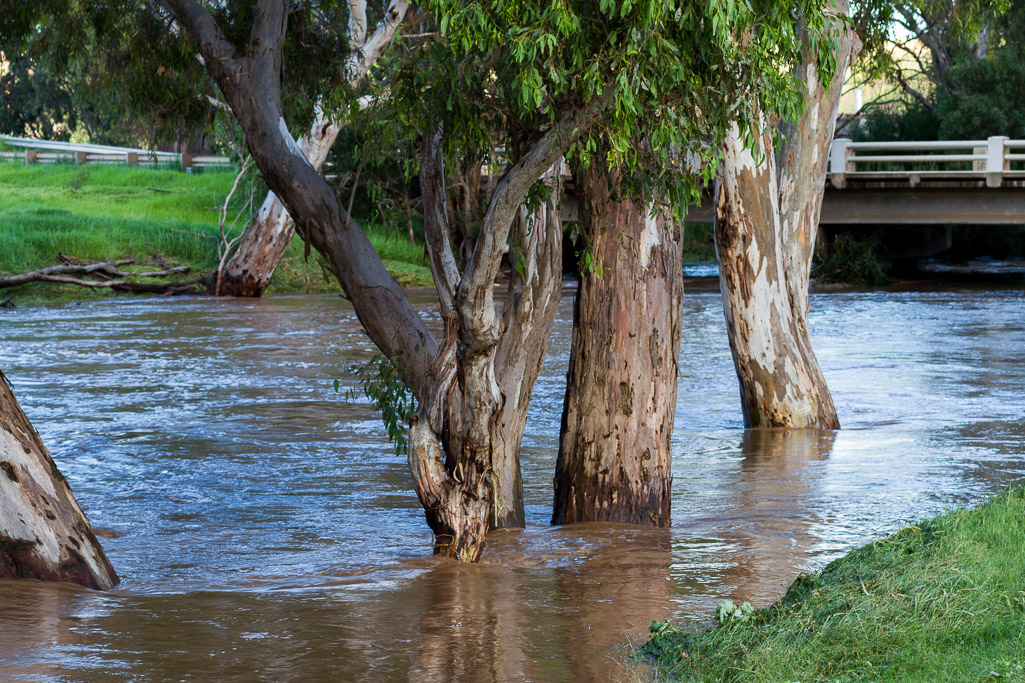 Secretly, I was feeling a little jealous about the suburban survival wear and felt I’d like to own a Bear Grylls outfit myself, as long as people didn’t stop, point and laugh. I think one has to be ripped to get away with that get up though. Not just ripped, but the chiselled look, where cheese for the lasagne is grated on the abs. It’s no good trying to look like Bear if the guts are bulging a bit.

It reminds me of blokes I’ve seen on bicycles in the suburbs, wearing the replica polka dot jersey of the King of Mountains rider at the Tour de France. It always seems to be worn by a fat bloke, who’s red in the face and looks like he’s about to have a heart attack, whilst going over a hill about 10 metres high. Whilst this is going on, I’ve noticed the polka dots are no longer round. Truly the ‘polka oval’ jersey. 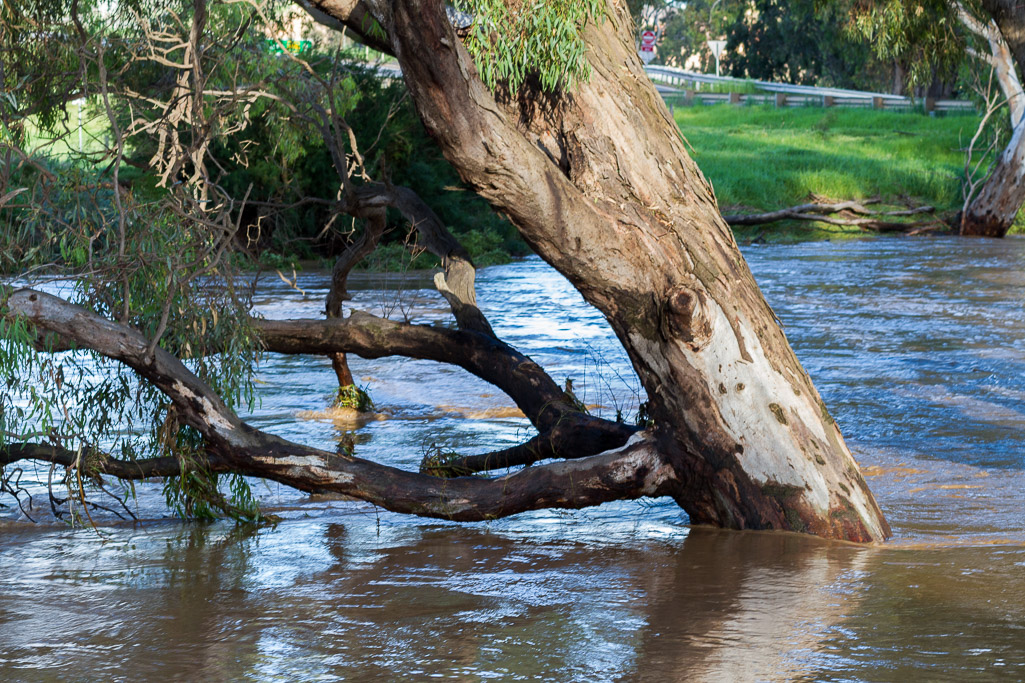 One more odd thing for the week. It’s always great fun going to a chemist and picking up medication one has been on for about 10 years  It’s even more entertaining when waiting for the medication and the 15 year old dude on the cash register tries to strike up a conversation. In a booming voice this bloke asks me, “How’s the medication going? Is it working for you?” I felt a little speechless, as other punters inside the chemist turned their heads to look at me. “Yeah, great!” You know, delivered in one of those fake, happy tones.

A bit like the fake happiness that I always include in my Facebook page. It’s a constant theme of, “Wow, I’m having so much fun!!!” It’s as if I’m beaming with joy and jumping out of my skin, when in fact I’m just lying on the bed contemplating putting my head in the oven. Pity it’s electric though. I guess if I put it at 180 °C for three hours I could end up well done? Back to the chemist. Lucky I don’t have something like herpes. I can imagine the bloke saying, “How’s the medication going? Your donger hasn’t dropped off yet has it??”

Anyway, the rain continues. I’ve never seen the Kororoit Creek near my place so full and I took a few photos to keep you entertained. 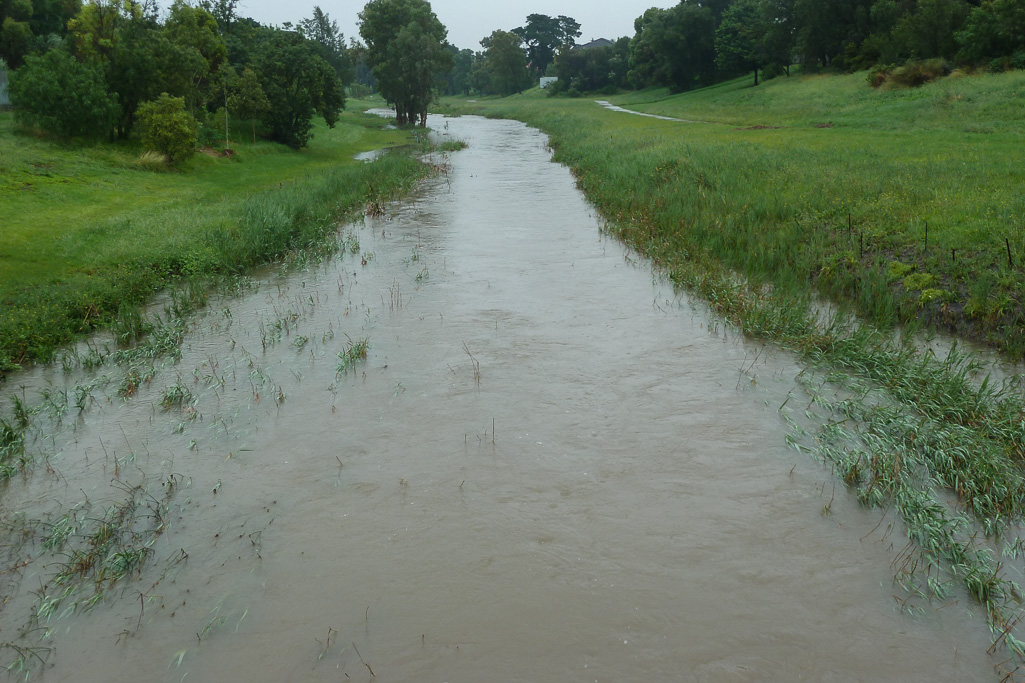 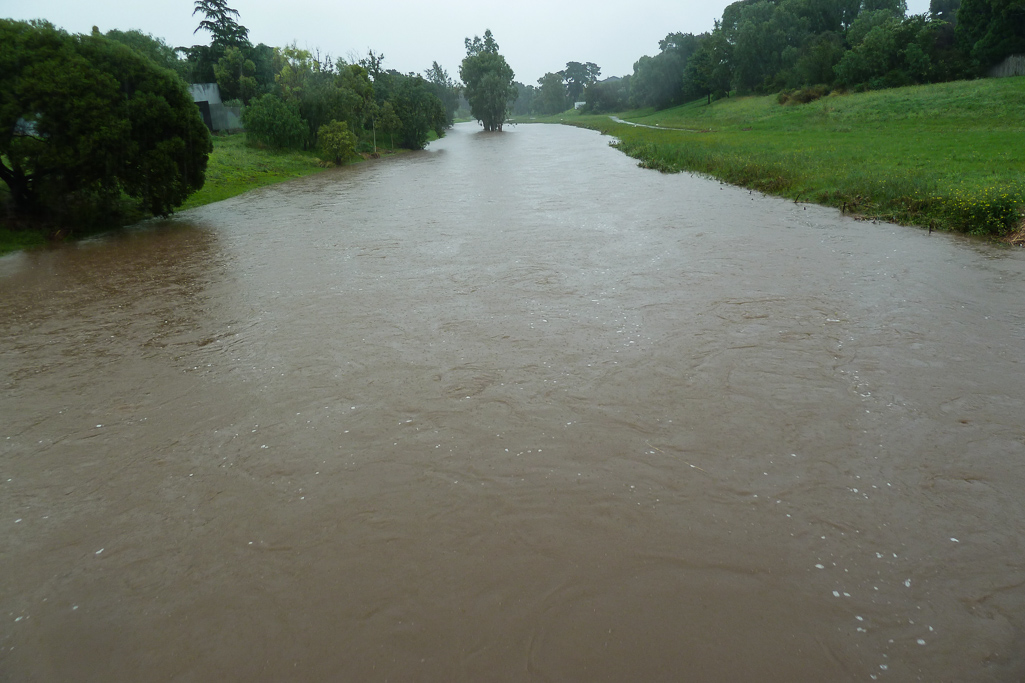 This creek is usually bone dry at this time of the year and the bridge I was standing on was only a foot or so above the water. Looking in the other direction… 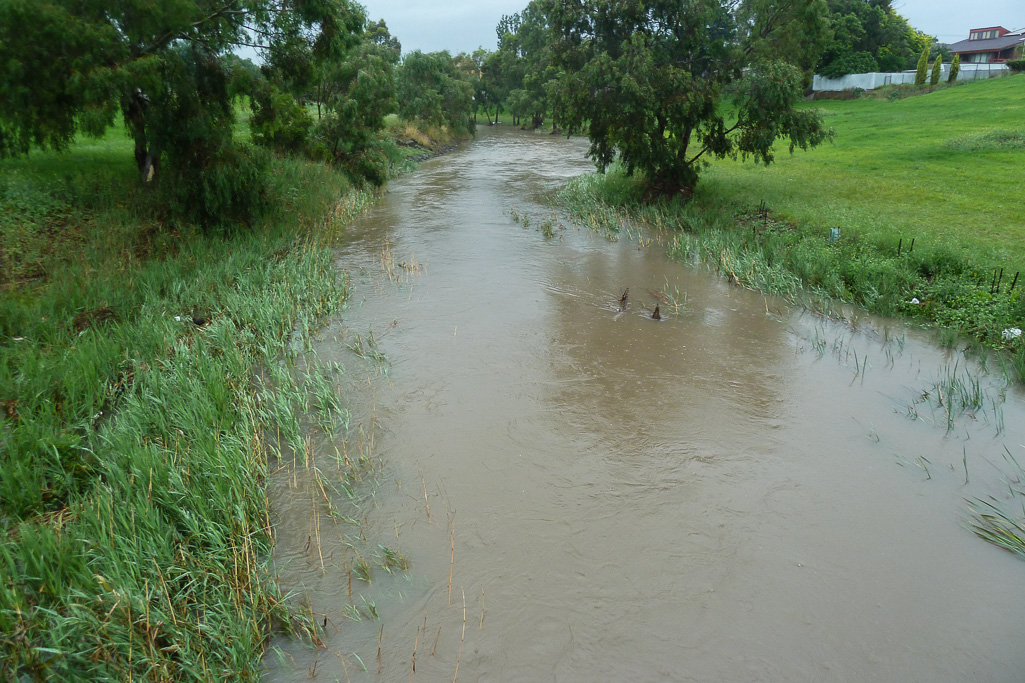 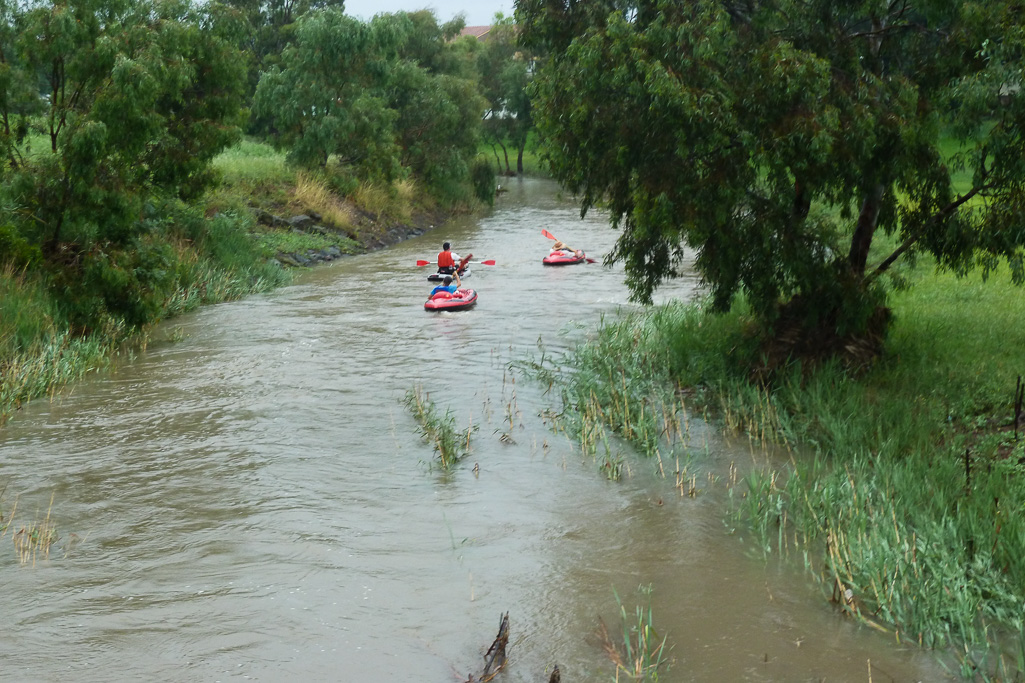 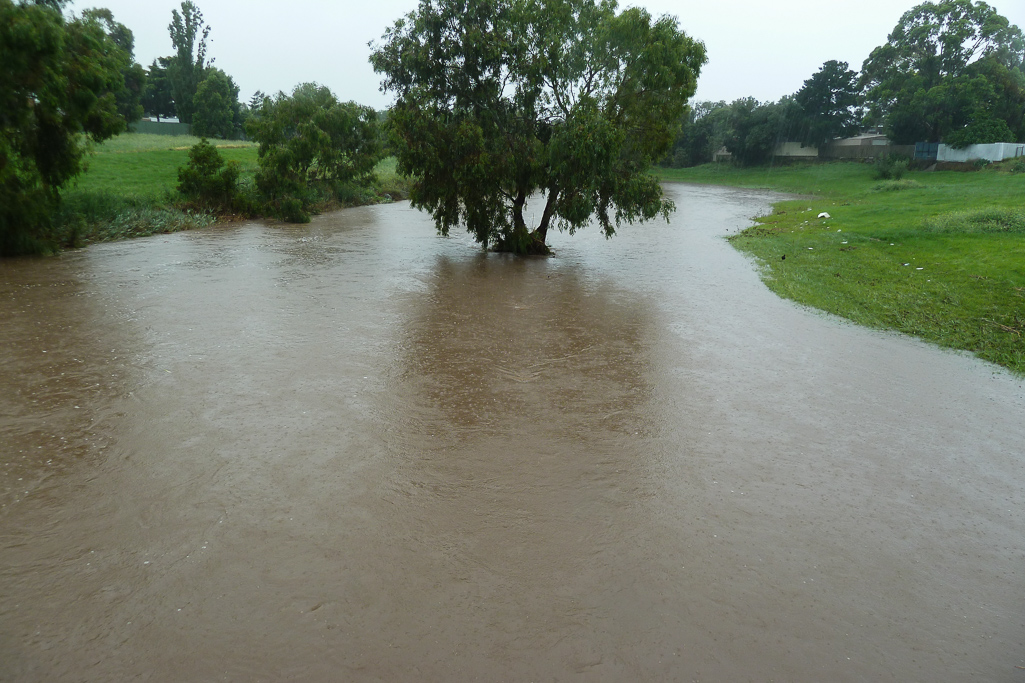 I decided to head out and look further afield. All of the little creeks of the area are flowing, but with little rain forecast in the next few days I would say they won’t get much higher. I attempted to head to Ingliston Granites to get an overall view of the Werribee Gorge, but upon finding that closed, I headed home via a quick stop at Djerriwarrh Bridge again, which is a interesting spot I’d been to a few weeks earlier.

On this occasion I couldn’t even get near the water. A few photos from above was the best I could do. 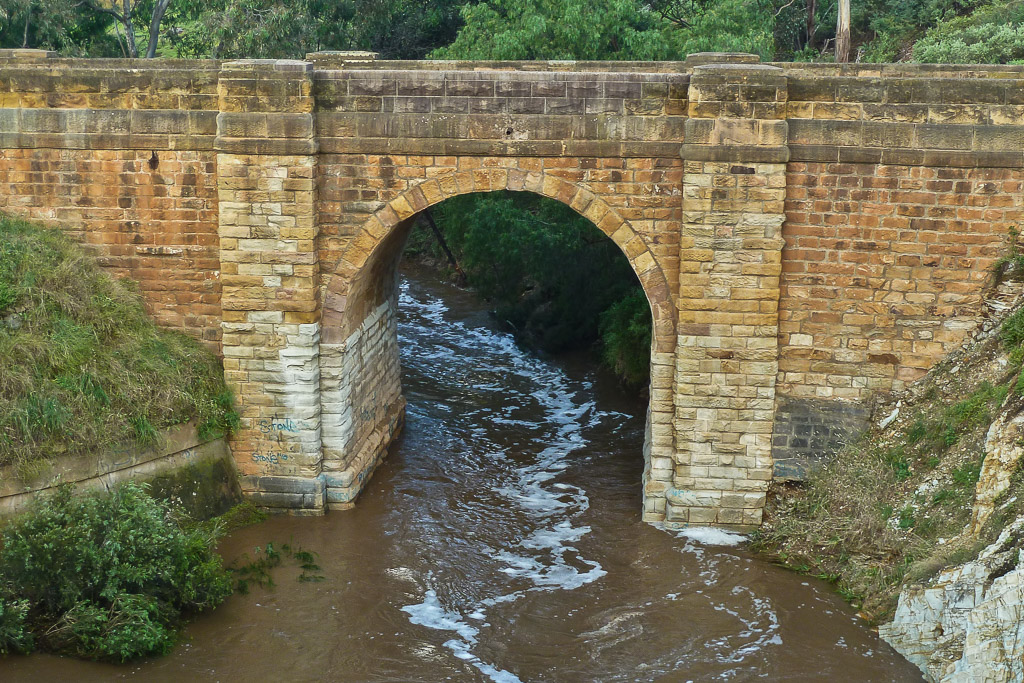 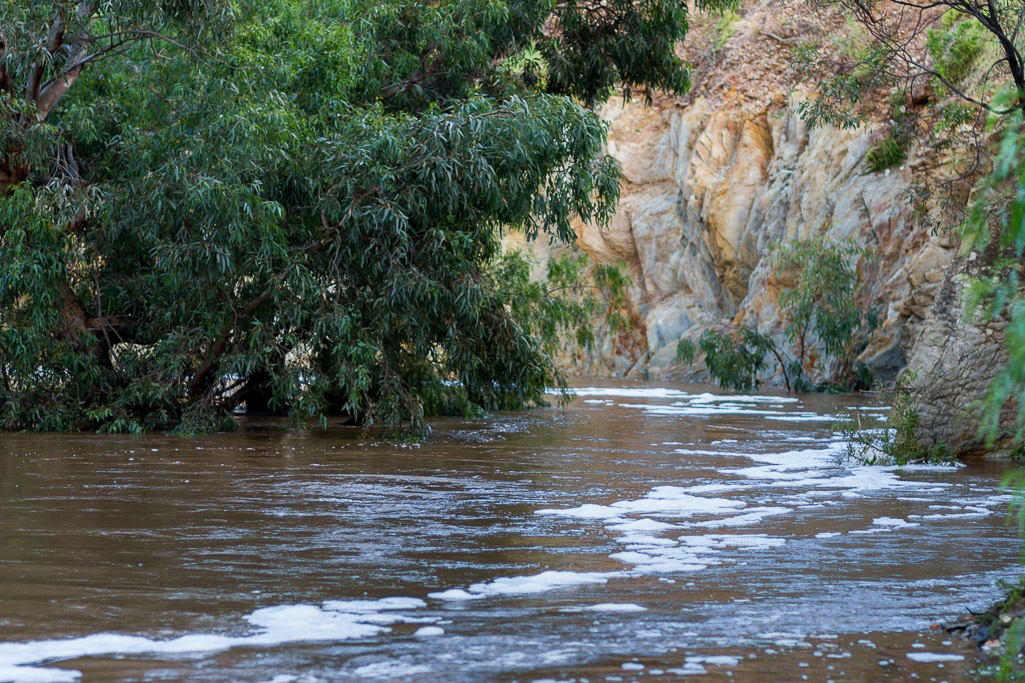 The photos make a nice comparison to the previous visit. The temperature was pretty warm though and I felt like I should be in the car enjoying the air-conditioning. There was one more stop though and it’s a ‘ye olde’ cemetery I’ve noticed near the highway for a number of years where everyone used to be dying to get there. I’ve never stopped of course, but these days I’m stopping for everything, even pedestrians.

It’s named as the ‘Old Hopetoun Cemetery’ and it’s very overgrown. I can imagine how peaceful it was when established in 1850. Now it’s covered with weeds and a matter of metres from whopping big trucks, flying by on the highway. I snapped off a few photos so my camera would stay happy, but it was a pretty sad neglected place. Great bokeh though. 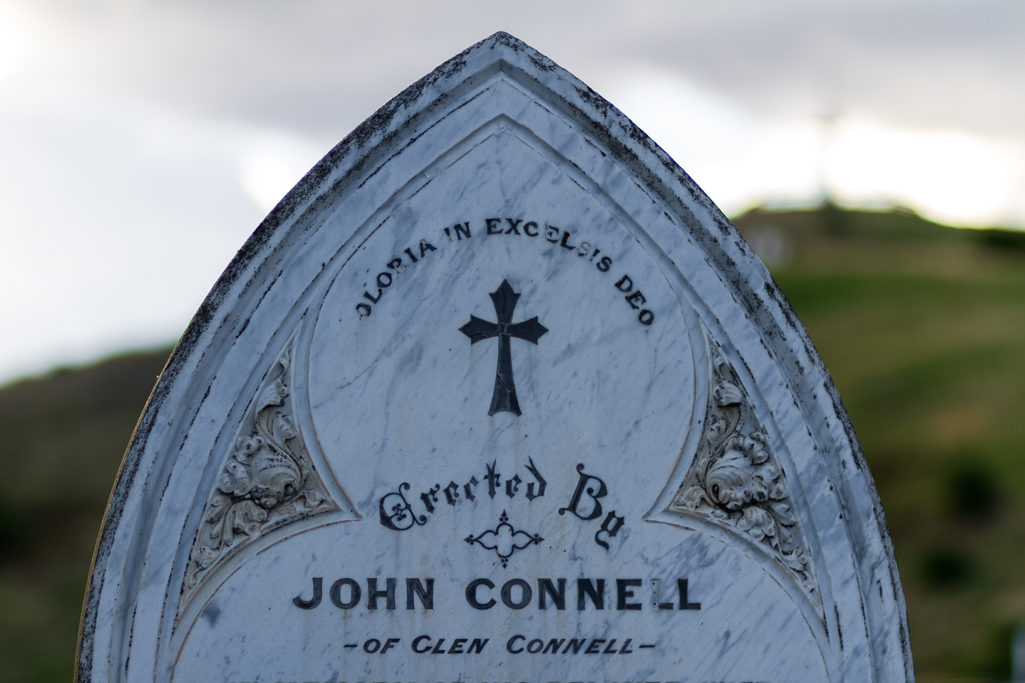 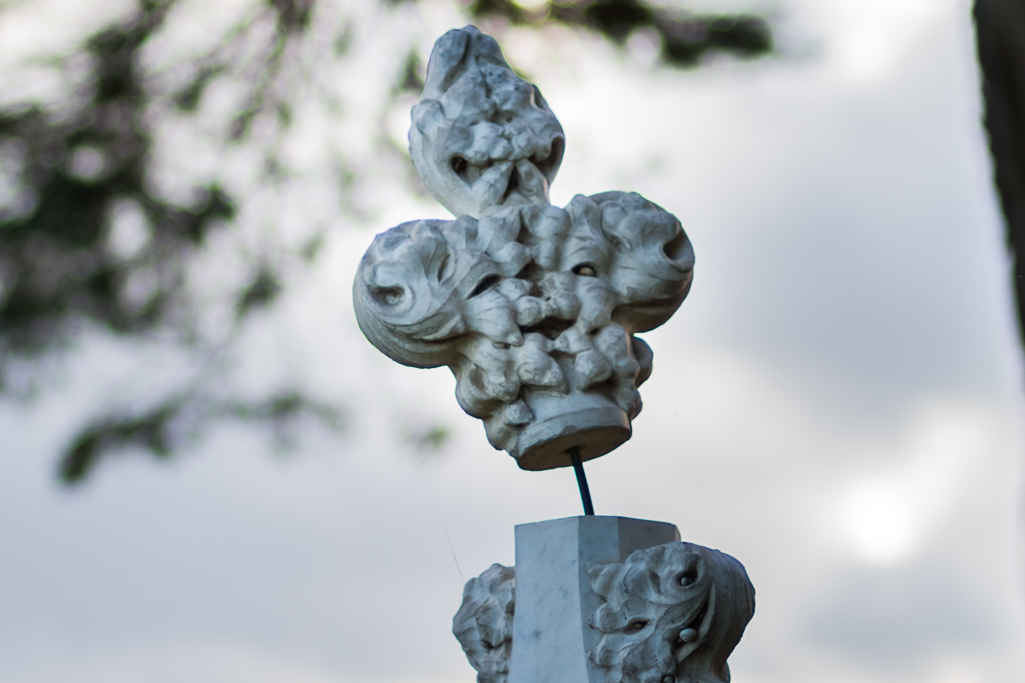 I left the dead centre of town and headed home with another successful day of walking not completed. Hopefully tomorrow I can impress you with a walk, which would fit the criteria of this being a ‘hiking’ blog rather than a ‘crapping on’ blog which is where this entry belongs… 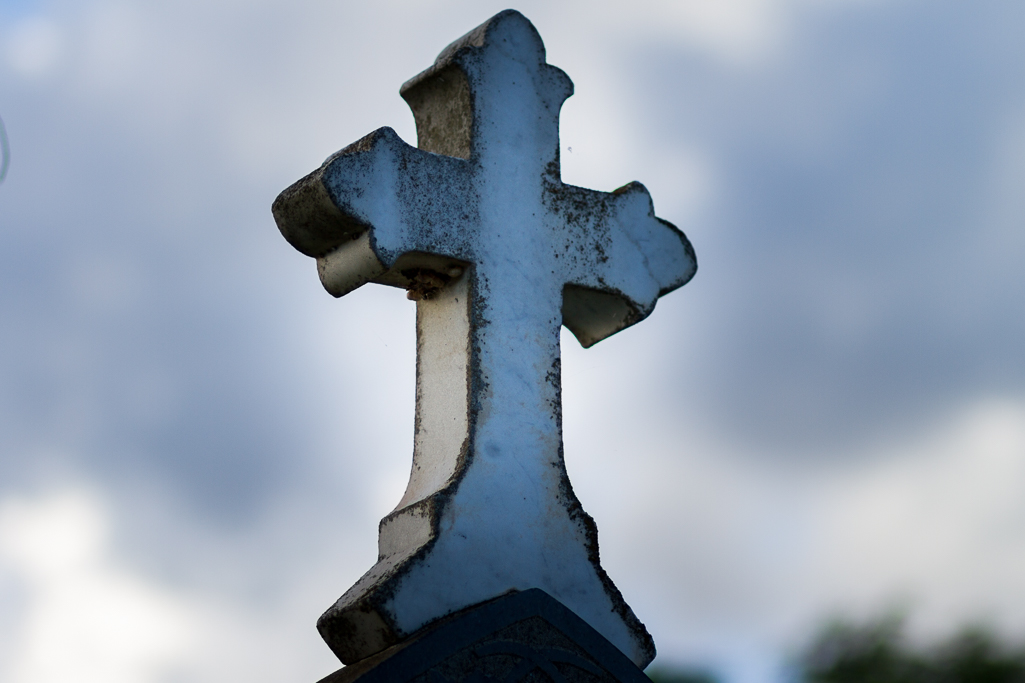