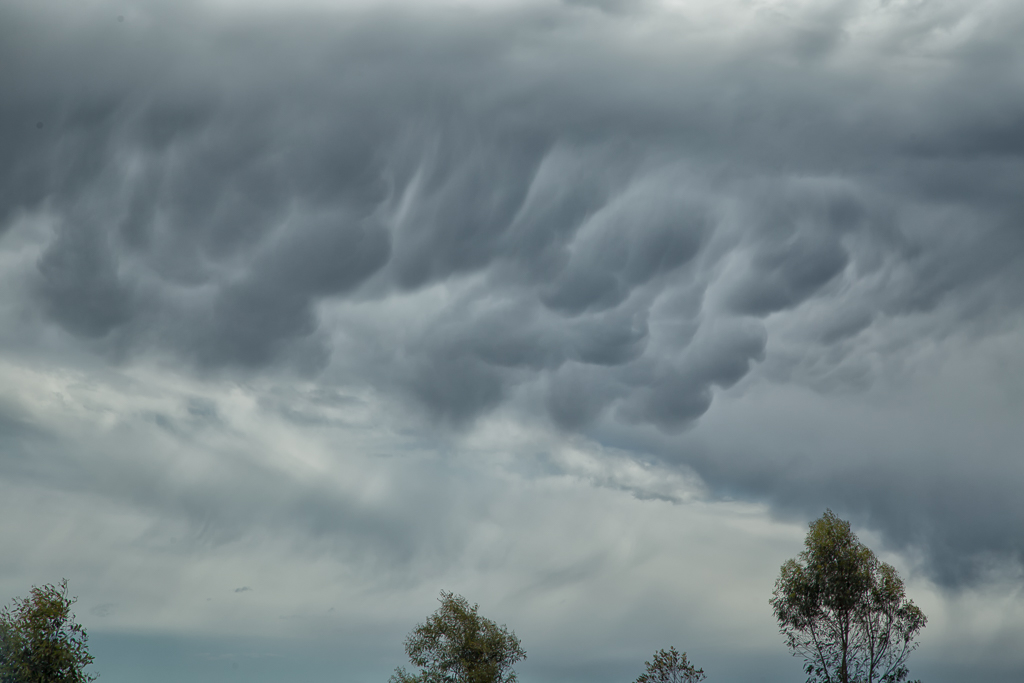 In starting off, I must mention my mental health has picked up lately compared to my previous suicidal posts. How did this transformation occur? Well, there was a simple solution. Potatoes. Last week I had fish and chips for the first time in two months and felt the burst of energy a potato cake can provide. Phew. I’m officially back in the game.

Besides this infernal blog, there’s all sorts of things to occupy my mind as well. One major project I’ve taken on is pants. Let me explain. The best time of the day during the working week is coming home and taking my denim strides off. I don’t just take them off. I drop them and then hurl their stinkin’ denimness against a wall. I think for the past 25 years (yes, 25) I’ve detested denim. The material is just not to my liking. Too hot in summer, too cold in winter, if they get wet, it requires a journey to the sun to dry them.

There’s also another reason. I don’t want to be one of those fifty year old blokes who wears faded denim with shiny white runners. I’m not sure what happens when you get older, but at some point I guess the brain is wired genetically to wake up one day and proclaim in desperation, “Oh my god. Where are my faded jeans? My crisp, virginal white runners? My enormous spinnaker-sized underpants??!!”

So, I’ve got six months to research pants and it’s going quite well. Oh yeah, I’m not wearing chinos, so don’t suggest them. As you can see, I’m up to my ears with earth shattering stuff.

Now, this walk. Judging by the title it looks like I did just the one walk, but that’s not the case. It was actually a combo. Whipstick Loop and Lerderderg Heritage River Walk, Blackwood are two 8 km walks that are easy to combine. Terrain is quite flat, so there’s not much pain.

I headed to base camp at the sleepy hamlet of Blackwood and found it not so languid, as it was chock-full of motorbikes. Lots and lots, plus a lot more of trail bikes and other assorted two wheel noise creators. Blackwood may appear to have a population of about two, but the hotel seems very desirable on weekends. I quickly threw on the pack and sprinted out of town with a good leg-lift and arms pumping furiously.

Whipstick Loop Walk is named as it strolls around Whipstick Creek. The going was pretty easy from the start, whilst strolling a dirt road before heading down towards the creek. 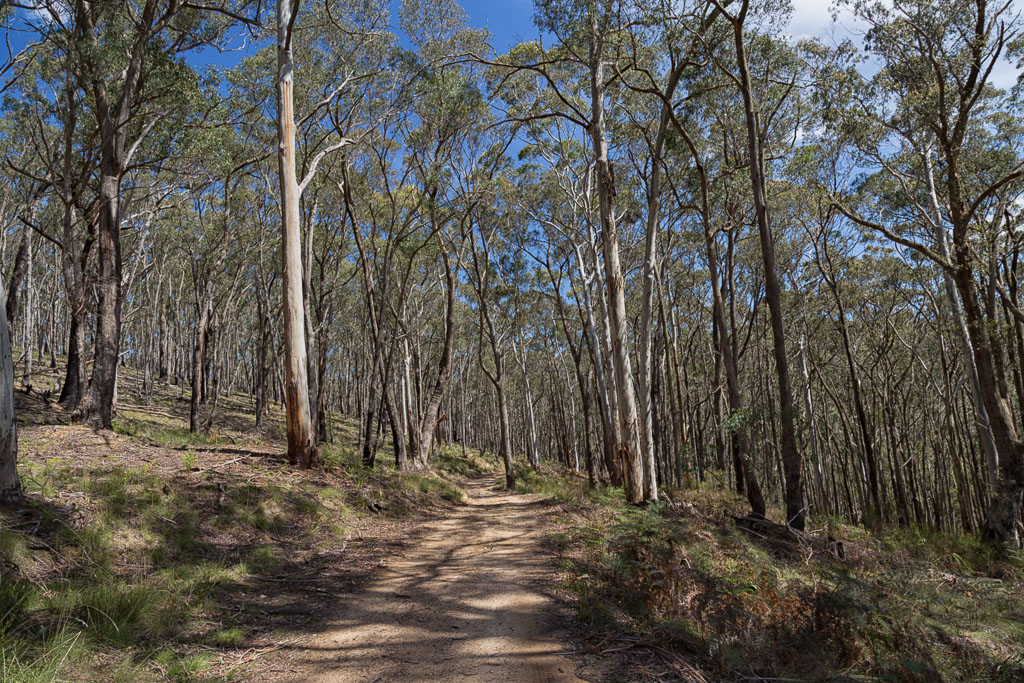 Before I get into it though, I did notice one thing about my photos which I took on this walk. Every type of landscape shot looks exactly the same. It hurt my brain trying to create something unique in a forest, so I did what all the wild men do. I gave up. Instead, I went for detail and gave the wide angle lens a miss for most of the time.

Anyway, once down along the creek I was impressed by the stifling humidity. A sure sign the place is slightly damp on this warmish day. These conditions must work well, as the ferns in the gully were enormous. Have a look at this one towering above me…

Who doesn’t like a fern lined gully? This area was one of my favorite sections of the day. Whilst strolling along, I kept my eye out for any small object which could be photogenic. This fine feather was quite nice… 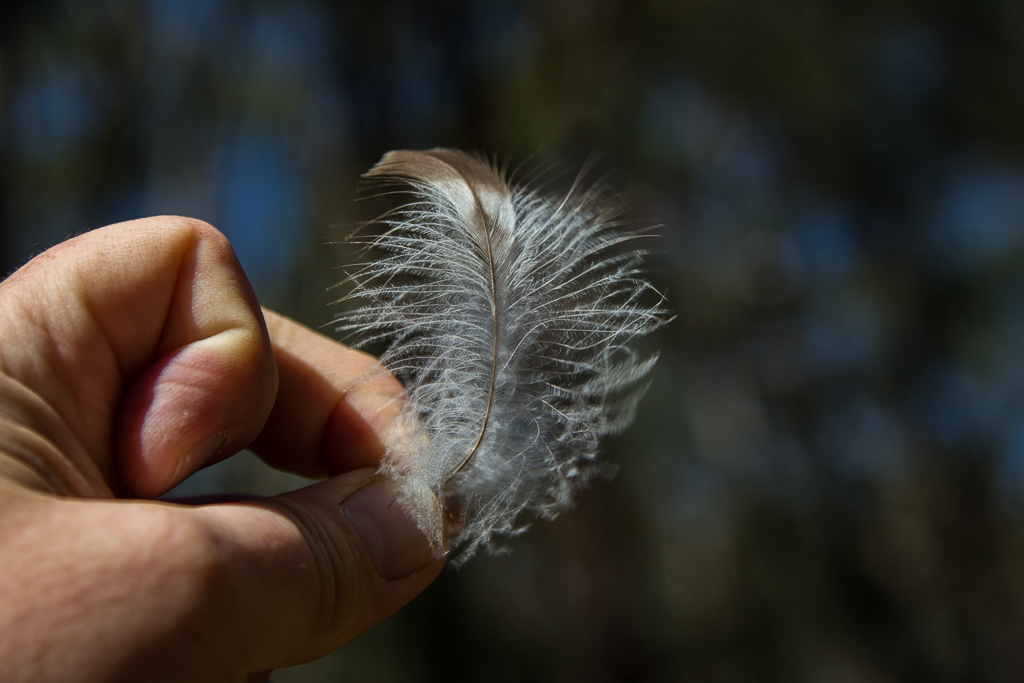 …and I’m always on the lookout for leaves. 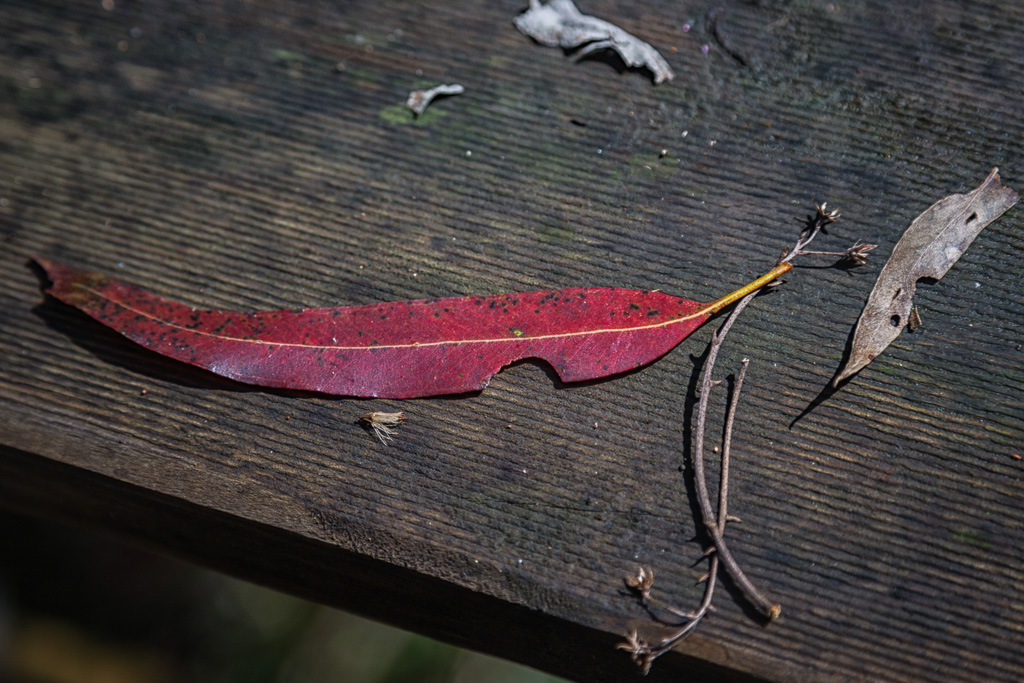 It’s been windy in Melbourne lately and the Bureau of Meteorology has issued a record amount of toupée warnings in the past month. You’ve got to be careful if you’re having lunch in an outdoor cafe in the city, as a rogue rug might come flying by and land in your salad. That’s always disappointing.

Anyway, the wind has taken its toll along this walk, as there were quite a few trees down. I thought this one was interesting as it illustrated the force of falling timber. Imagine if this landed on your head? I could visualize it splitting your skull cleanly down the middle, sending your brains through your eyeballs, before finally crushing your lifeless corpse into the muddy track. Luckily I don’t think about things in detail. 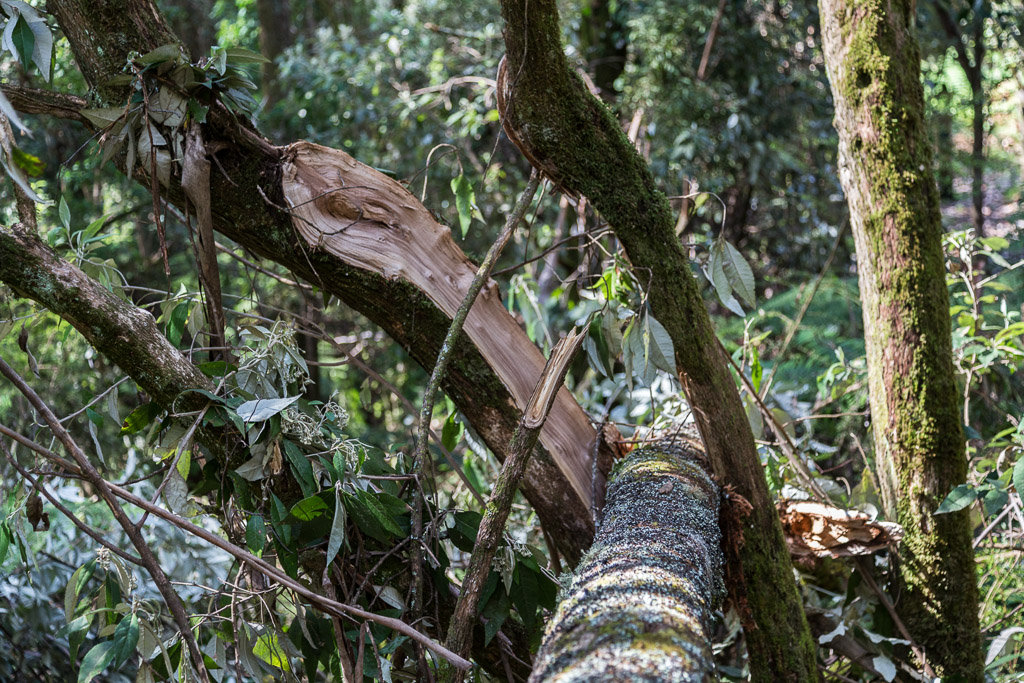 Wandering on I reached an old mine. I’m not sure why, but I took a few photos of what appears to be just a hole in the ground. Which is what it is and for all my feverish snapping, all I came up with was a coma when I had to process the bloody things. Luckily I saw something else in front of the open pit, which was a little more interesting. A very fine cobweb was strung up nearby and I spent a decade trying to focus, let alone line it up against the black pit, so you could see the fine web. As a result, I think I put my neck and back out to get the next picture. 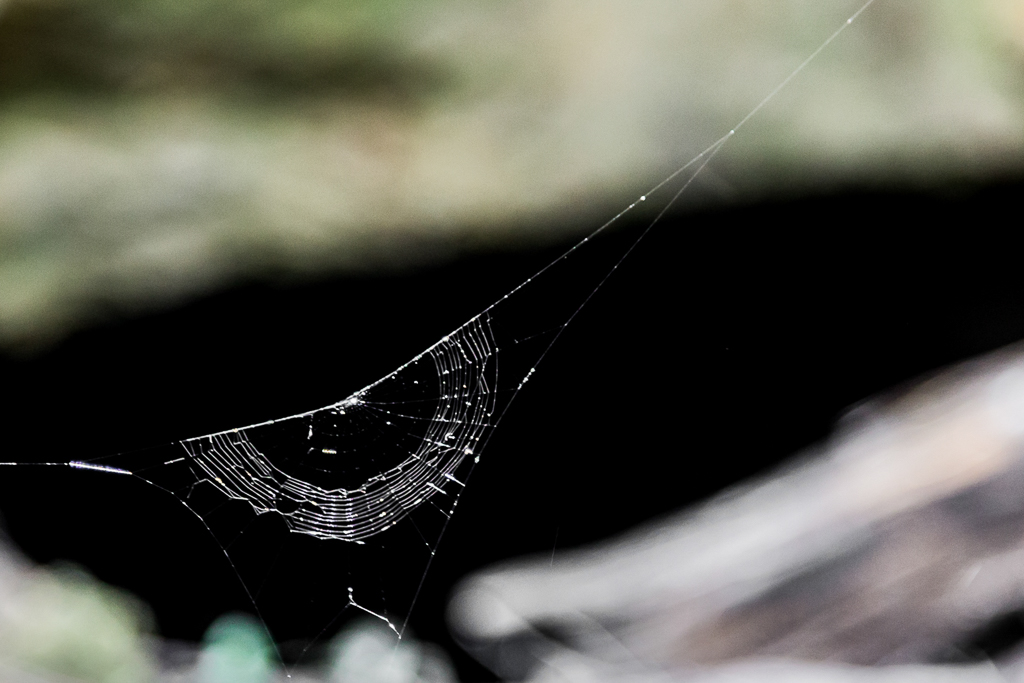 Hobbling on, I reached the halfway point of the walk at the Garden of St Erth. “What the hell is that?” you say. Surely you’ve heard of it before? If you really need to know, it’s the midway between two points.

I now joined the track which is grandly titled, ‘Lerderderg Heritage River Walk’. Again, it was a fairly flat affair and although sweating like a swamp hog in a wetsuit, I was barely utilising my lungs. This is okay though. It’s nice to do a flat walk where I can let my mind wander and not be preoccupied with my lungs hanging out my mouth.

Do you want to know about some of the crap I think about when I’m in this casual mode? I always like to write as if you have a choice, when in fact you don’t in this blog dictatorship. Anyway, I was thinking how much I like coriander. In fact, I like the smell of it so much, I reckon it should be made into an aftershave. Hell yeah, I’d wear it. If no one makes it though, I guess I’d have to. What would I call it? How about something funky, like ‘Koriander Krisis’? The double ‘k’ gives it some street-cred and it sounds insanely edgy. I can even imagine the marketing. “In the maelstrom of urban ambience, the only solution is the krisis”. Yeah okay, it may need some work, but it’s a start.

What else was on my mind? How about Missy Elliott? If she married would she become Mrs Elliott? Would she retain her name, but maybe hyphen it? Mrs Elliott-Jones? Something like that? These are big questions.

Oh yeah, I just remembered I’ve been swamped with spam lately, but it’s been quite entertaining. One recently, refers to me as the ‘General’. I kid you not, but it’s included multiple times in lines such as, ‘You, the General, making a post that good for me”. How good is it? At last the spaminators are using a bit of rank structure. I’m impressed.

Oh, the walk? You lot are no fun. I continued my dedication to detail and ignored the big picture. This fungi needed some further inspection… 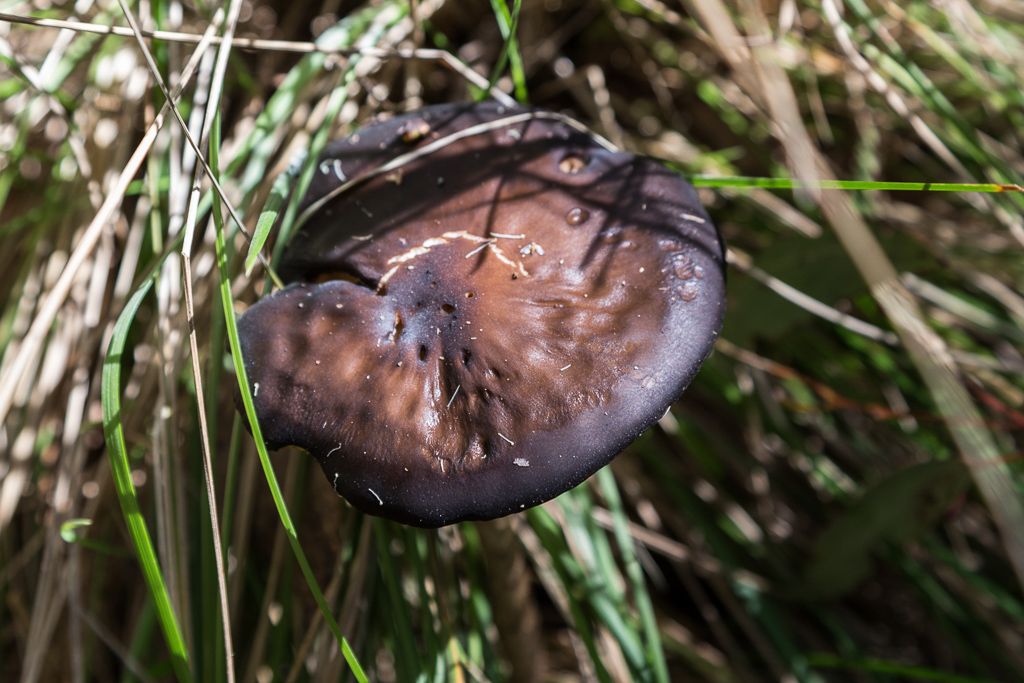 …and I’ve always admired the texture and pattern of timber. The curved lines in this one caught my eye. 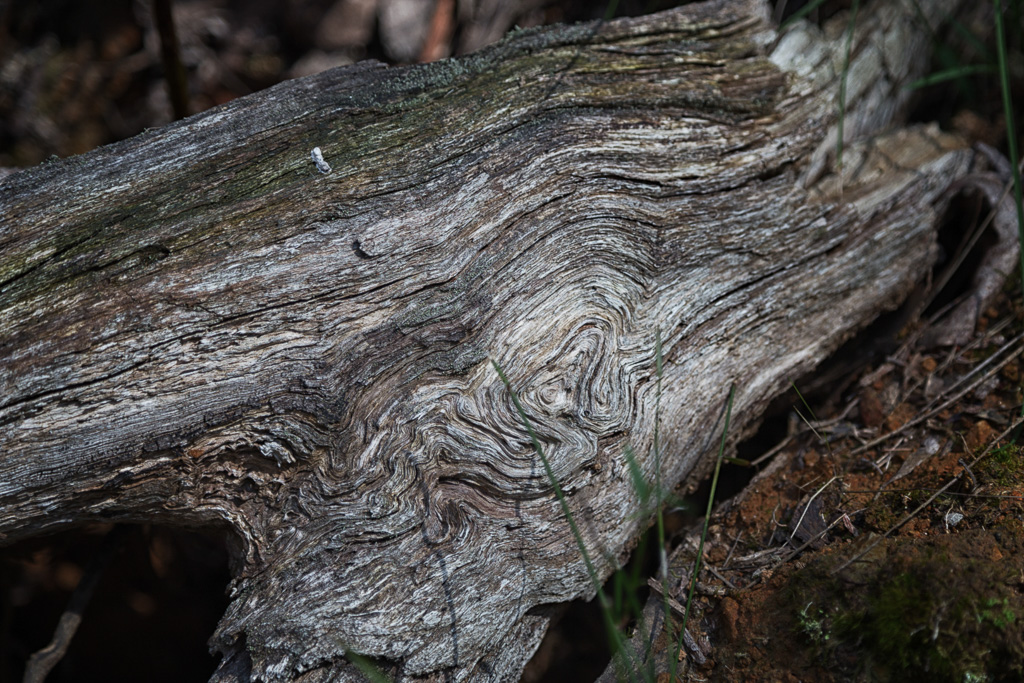 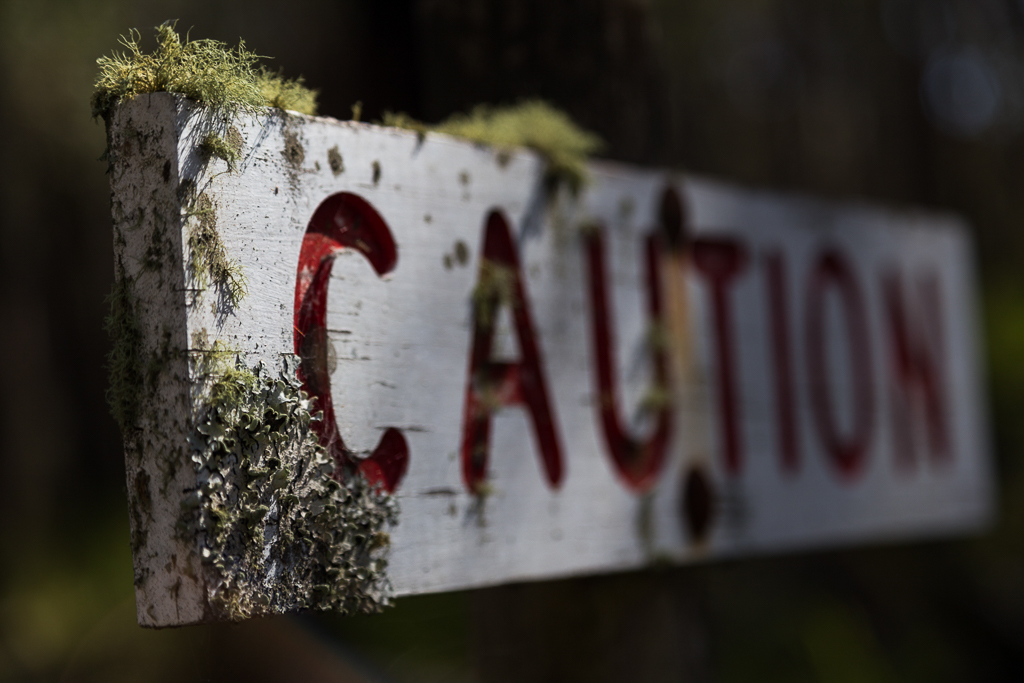 Okay, I was keeping my eyes down for the small things, but only for photographic purposes. There’s some lovely forest on this walk, and it was only a matter of time before I threw my head back until the rear of my neck touched the back of my shoes and snapped a photo of the enormous trees overhead. 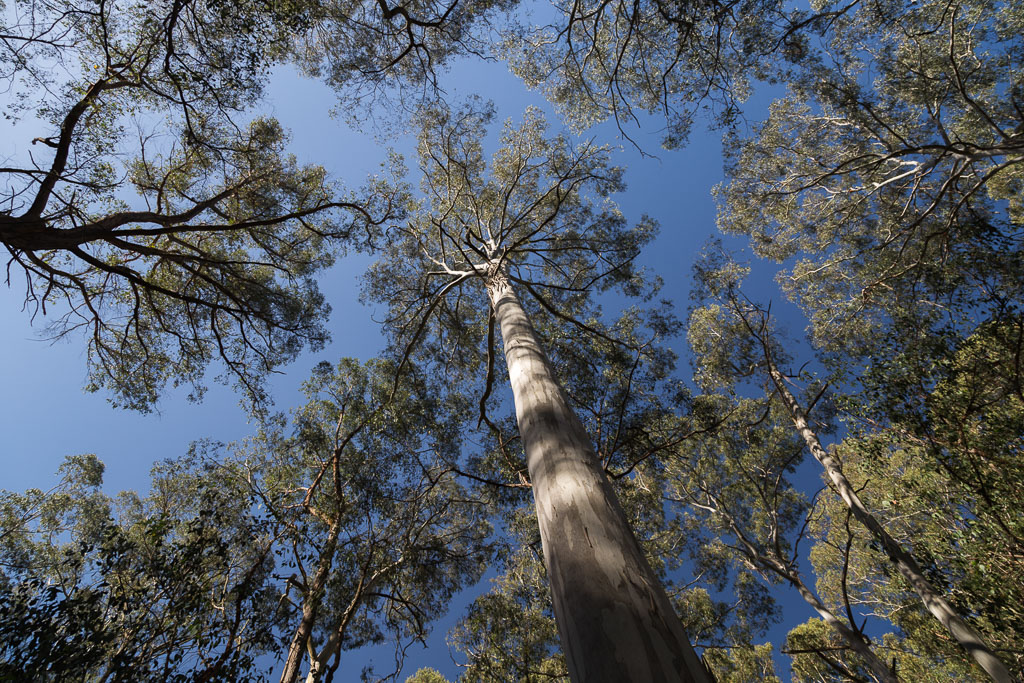 They’re certainly big trees, but a few have taken a tumble recently. Here’s the shattered remains of another… 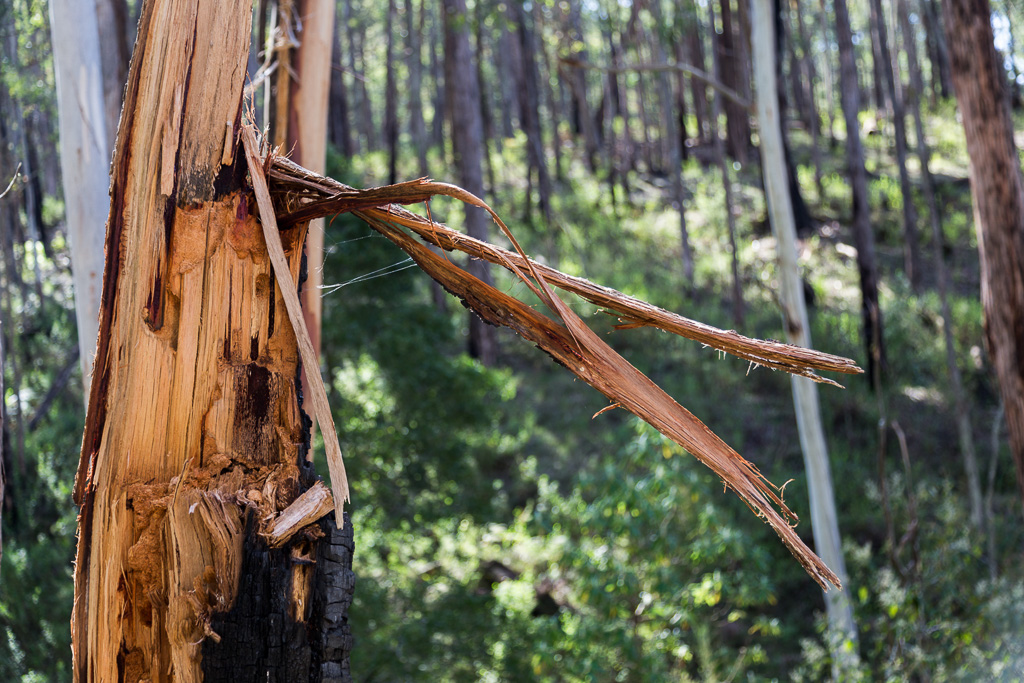 It was a beautiful day for walking, but yet again I didn’t see anyone. Does anyone walk or are they all avoiding me? Is that it? I’m getting suspicious of a government conspiracy going on here. I crossed Lerderderg Road a few times and like everywhere else, it was deserted. 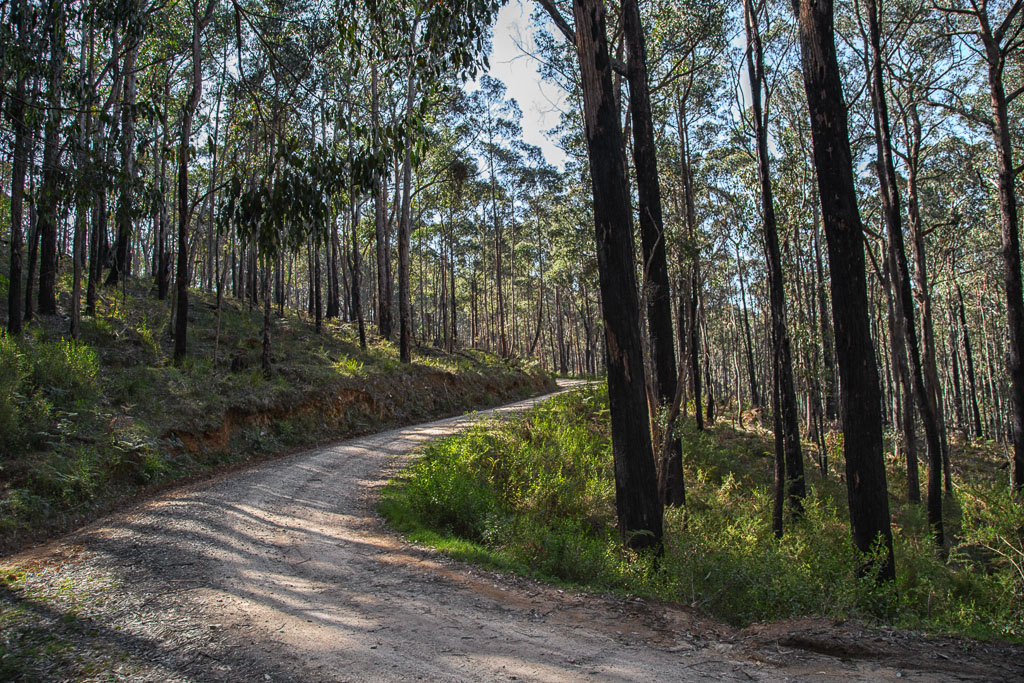 After a bit of level strolling, eventually the track began to descend down towards the Lerderderg River. There were some nice rock walls to pass by… 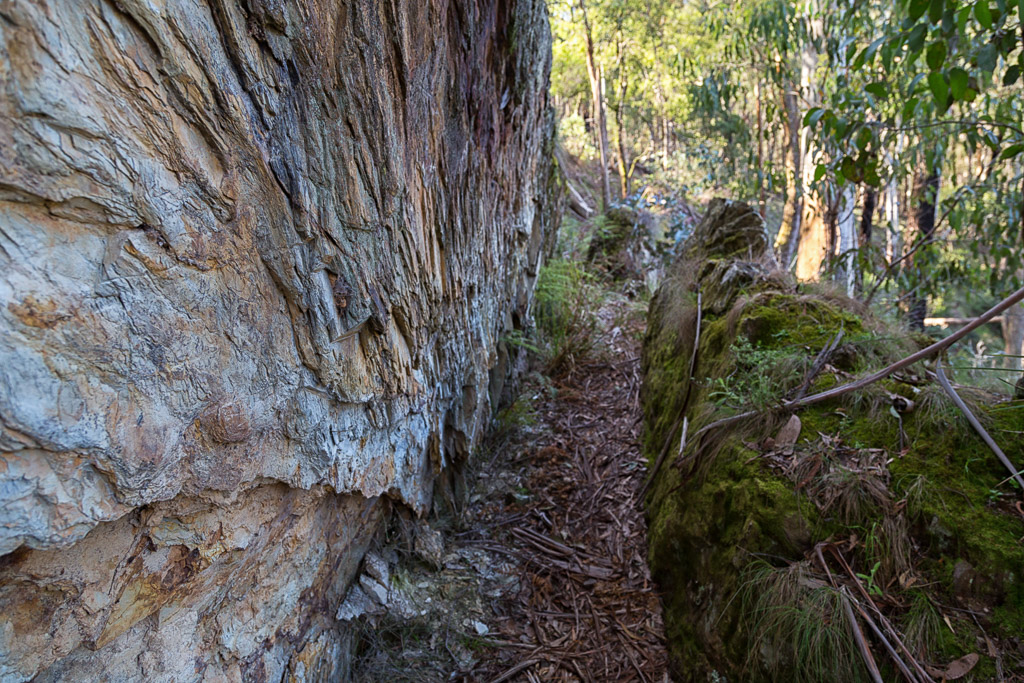 …and a traumatic moment when I came across a dropbear/monkey/sasquatch, which had been run over by a passing steamroller. 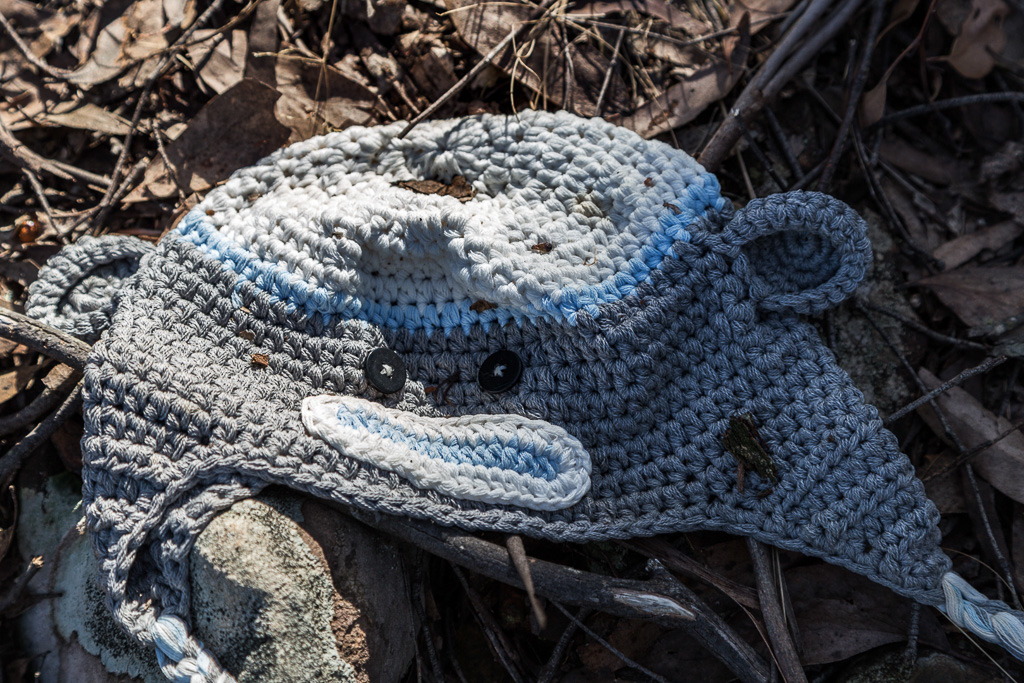 Eventually I made it to river level. I had an idea I’d take some long exposure photos of the water and create some dreamy, creamy images. There was a problem though. On this occasion, I was using a gorillapod, but once I set-up the camera facing the river I couldn’t see anything due to grass which was about one foot in height. Huh? The thing was so low I couldn’t even see the water.

Looking around, there was nothing elevated to attach it to either. At one point I considered wrapping its flexible legs around my arm and standing still, until I realised it was the stupidest idea ever imagined. So what was the solution? In the end I gritted my teeth and employed a method like the bad-arse I am. I gave up. This was my only remotely reasonable river shot… 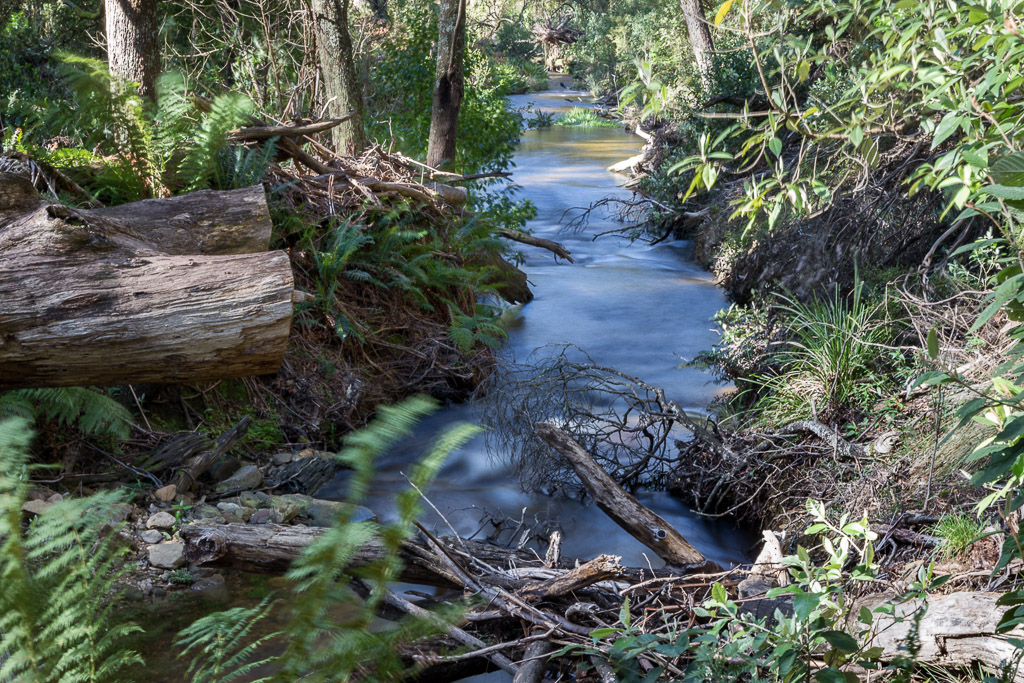 Yes, I know. It’s not exactly going to win any awards. Anyway, now the track followed the river for a kilometre or so, but disappointedly headed inland. Hang on, isn’t this the Lerderderg Heritage River Walk? It was still nice walking, but I was hoping I’d follow close to the water for a lot longer. Oh well, back to looking at the ground. There were a few butterflies about, but the only one I remotely got a photo of wasn’t in a 100% condition. In fact, it was only a set of wings. 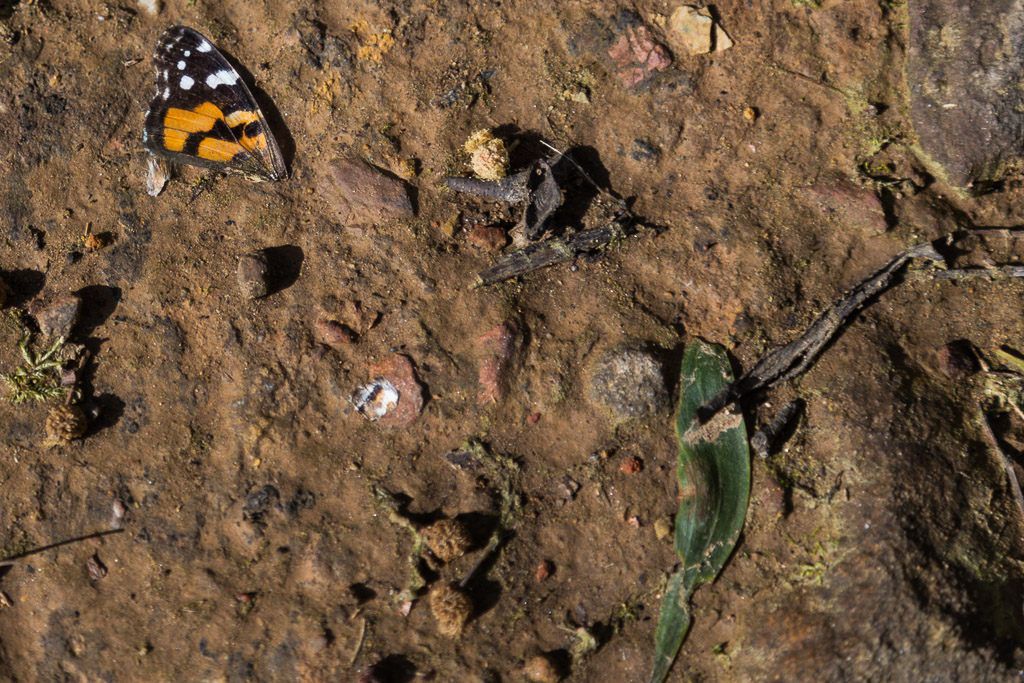 It had been a lengthy day and with the sun sinking low, there was a nice glow to the forest. I’m not sure what happened to this tree though, as it took the glow to a whole new level. There was a yellow tinge to the bark. I guess it was a fungus of some sort? Something not right? Whatever it was, I needed a pair of welders goggles to look at the blinding glare from it. 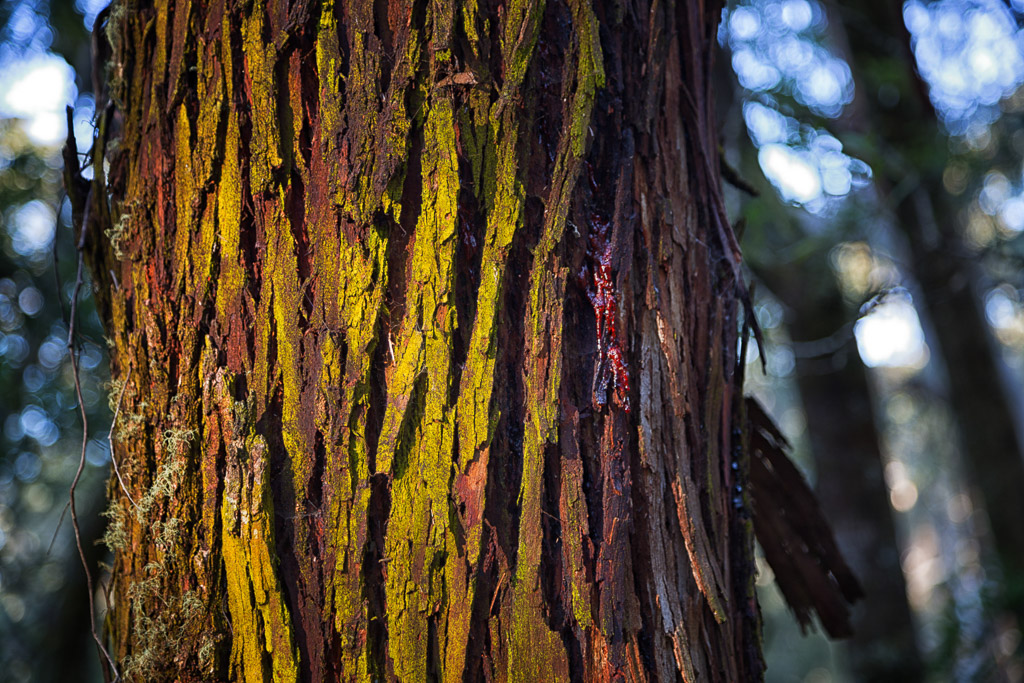 Finally the heritage walk was coming to an end and before long I popped back out at the Garden of St Erth, which is an old cottage used as a nursery with a cafe next door. It’s a nice looking building. 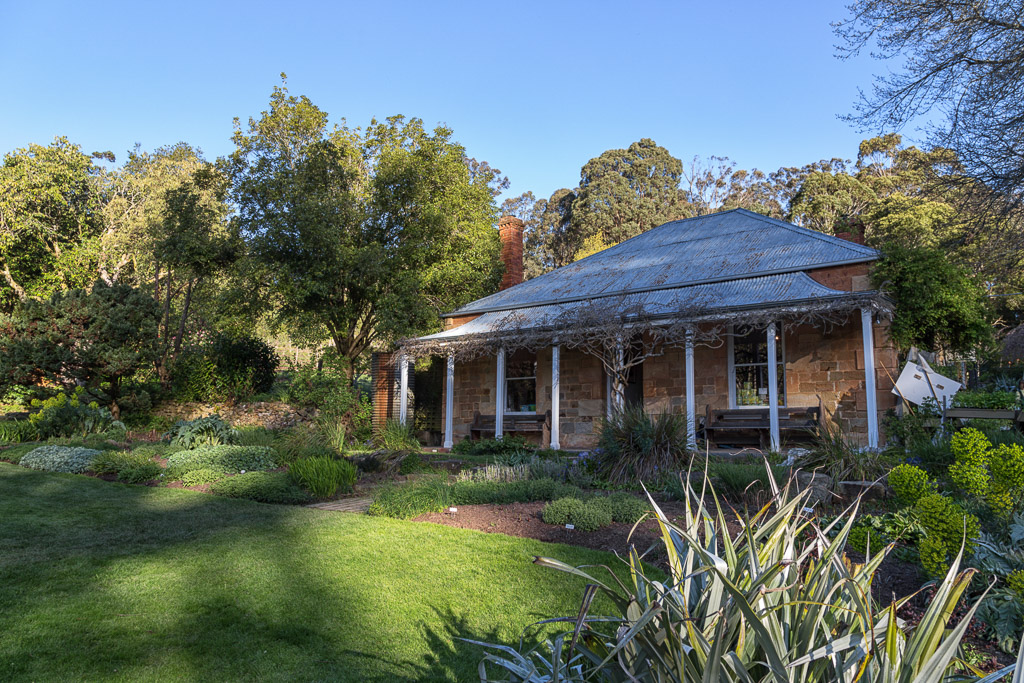 I would’ve really liked to sit down and inhale a brew or two, but I hesitated. I’d spent the day sweating and I was concerned what effect my shirt may have on the latte sipping patrons. I think one smell of my pungent, nostril flaming hiking attire would create a mass stampede of freestyle vomiting. So, I moved on. Unfortunately though, this child got too close and my stench vaporised him, leaving only a hat behind. Damn, where’s my Koriander Krisis when I need it…?

Reaching the rest of the Whipstick Loop Walk, I now powered along, passing ferns and interpretive signs before popping out near where I started the day. A short stroll downhill and I was back in Blackwood. I must say, it was a casual affair late in the day, with barely a motorbike to be seen. I guess they’ve got to be home before dark.

It felt like I had the town to myself. Well, of the human kind anyway. This cat came wandering over for an inspection… 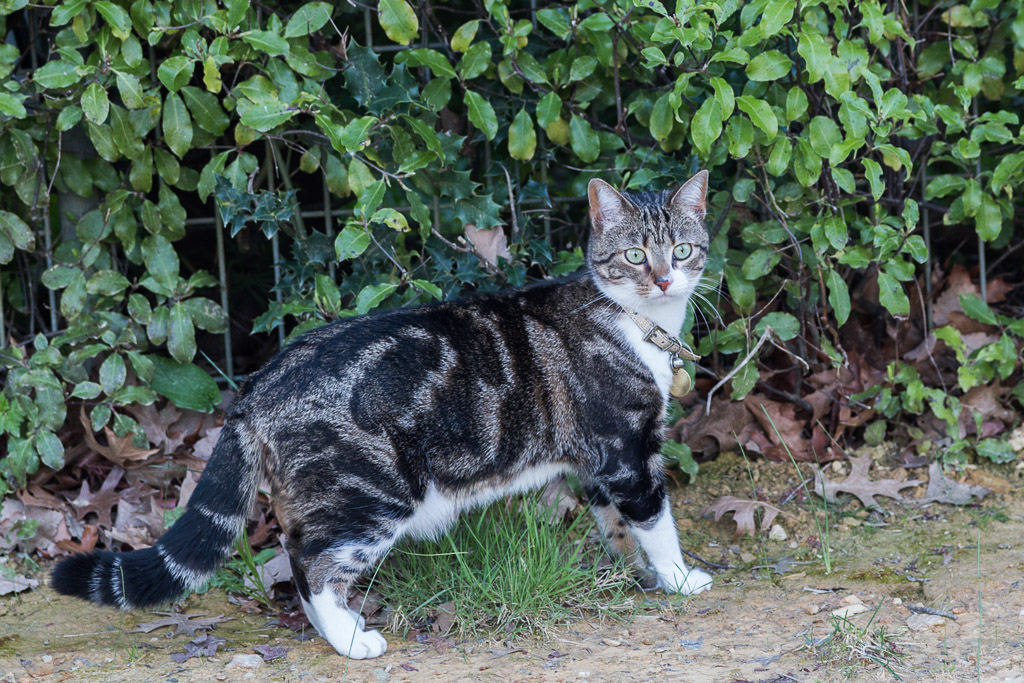 …and up above, in the late afternoon glow, a wily kookaburra was keeping an eye on both of us. 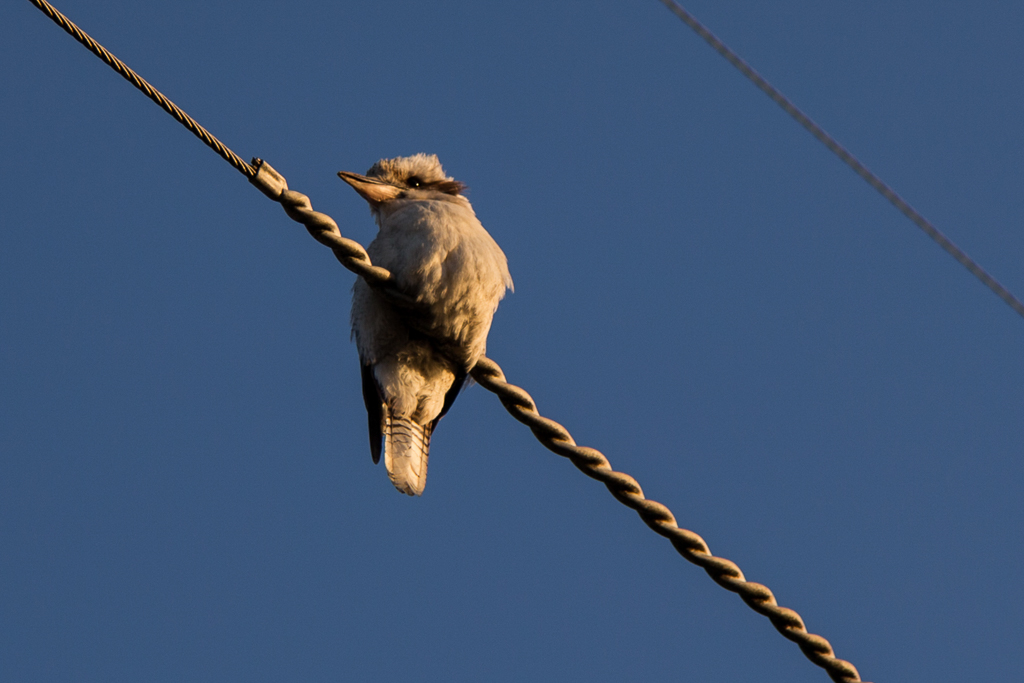 A quick trip to the Blackwood cemetery and then I was off home. What’s next? I’m not sure, but I’ll find something in my bank of recent of strolls to keep you comatose entertained. 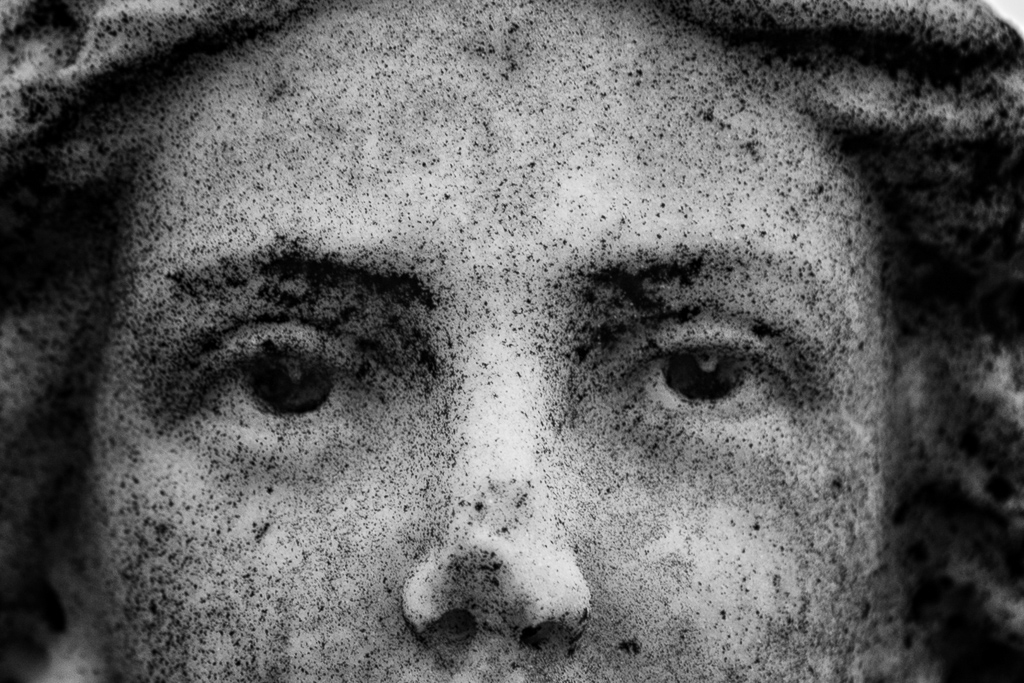 ‘The eyes of others our prisons; their thoughts our cages’