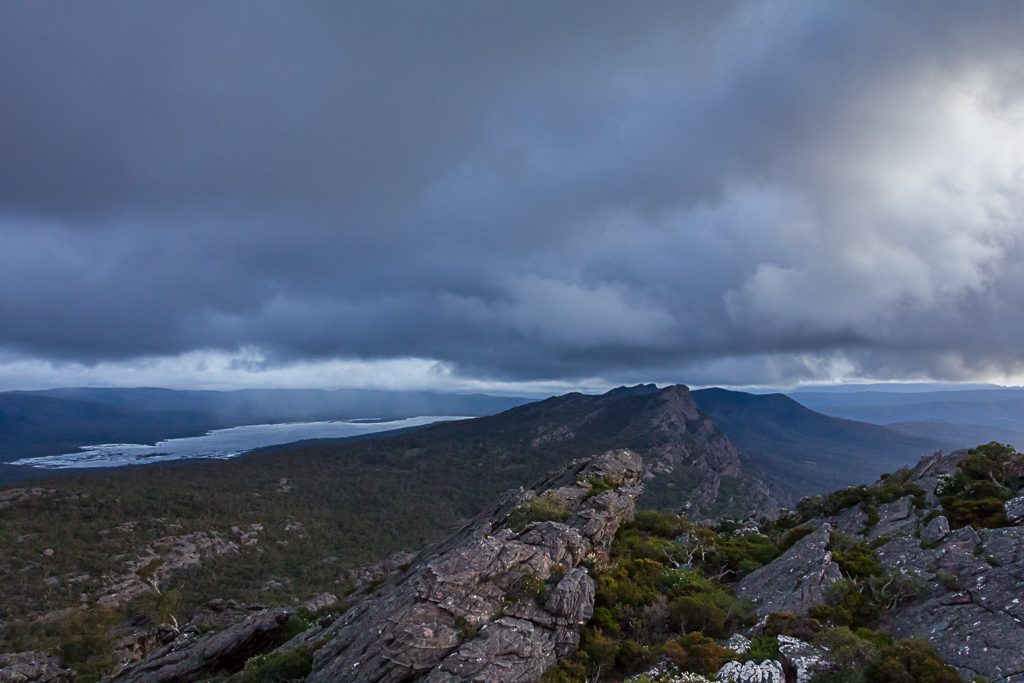 You know what? I’ve figured out that this is the wrong time of the year to be writing frequent blog entries, as I don’t seem to have much time lately with the complete Christmas hoo-hah going on. All I’ve been doing is eating and shopping with a little bit of hiking thrown in. How am I meant to attend to the blog as well?

Anyway, I have been doing some walking and there’s an entertaining hike from last weekend which I’ve been meaning to put together. It’s to one of those signature hiking places that if you haven’t been to, people will say, “What? You reckon you’re a walker and you haven’t been to the Grampians?!” Okay, I’ll admit, other than sight-seeing, it’s one of those spots I’ve never walked in. So a trip has been long overdue. 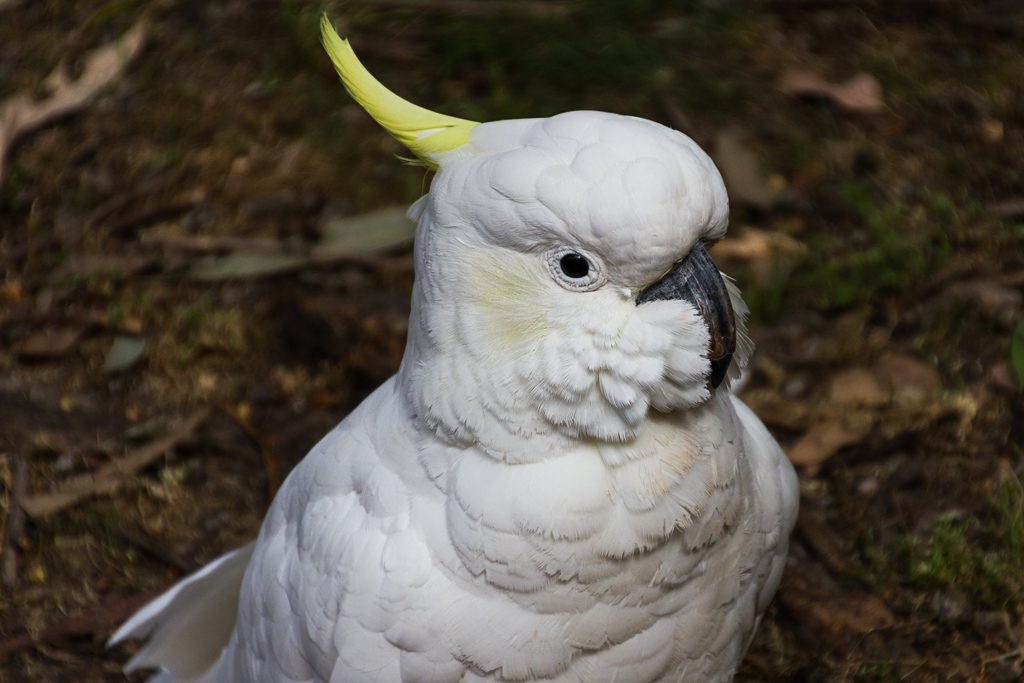 I’ve sat down a couple of times to write up the two days, but so much happened, it’ll be easier to break it down over a few entries. I’m officially going for the ‘drip feed’ approach. All this post will be is something I’ve called Mt Difficult. The prelude. As you can see, I’m really going to stretch out the saga.

By the way, before I get rattling on, I must admit that I’ve had a bit of ‘blog block’ lately. A few times I’ve sat at the computer, staring at the screen with my fingers on the keyboard and nothing happens. After about five minutes of thought and without coming up with any ideas, I tend to just give it away and put the kettle on instead.

I’ve also found that as the blog page views go up each month there comes the dilemma of, “Oh no, people are reading this crap! What am I going to write next?!” It’s the equivalent of blog stage fright and when I do start, I suddenly notice my writing style is stilted as if my underpants are on too tight. 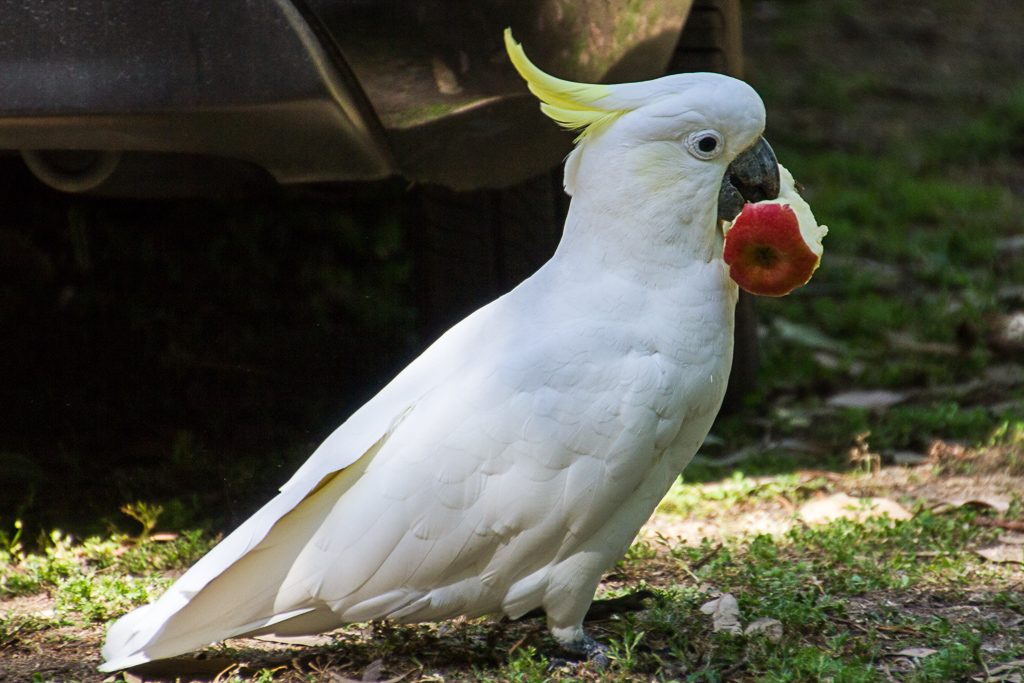 Come back with my apple!

Oh yeah, the hike. This was the plan. I finally came to grips with organising an overnighter up to Mount Difficult. We intended to walk from Troopers Creek Campground up to Mt Difficult and then continue on to Briggs Bluff campsite for the night.

Then in the morning, we’d scoot up to Briggs Bluff and then continue down, passing Beehive Falls until we reached the end of the walk at Beehive Falls car park. Phew. That’s a lot of banging on right there.

It all sounded quite simple, but when perusing the map, I did notice the contour lines are kind of ‘close together’, indicating a climb of some description? I guess one can’t expect much more when the destination of the day is named as Mt Difficult? I’ve been searching for a Mt Comfortable, which is more of my level of walking, but I haven’t found it yet. 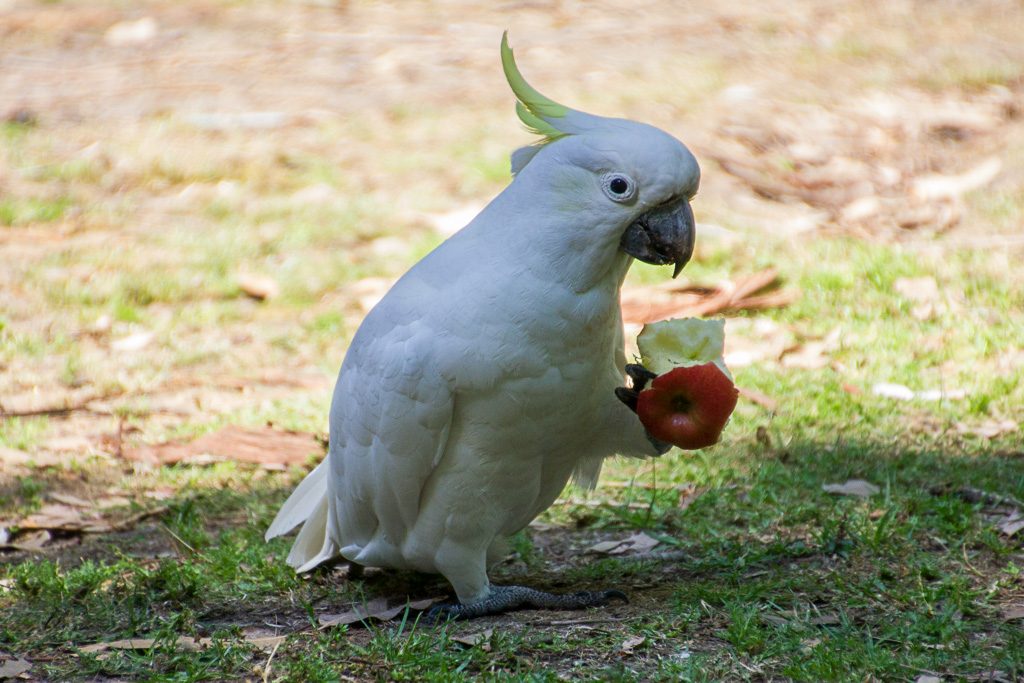 I guess I’m not getting it back?

There was an issue though which anyone who’s read this blog over the past year would know and that’s I’ve had an annoying neck injury which has prevented me carrying a backpack. Most of the walks I’ve done over the past six months have been with a tiny Lowepro camera backpack with remotely no weight in it.

In fact I was booked in to have an C6/7 anterior cervical discectomy and fusion operation, which would have removed one of the troublesome discs in my neck. Well, after receiving a call one day to come in for the operation I opted for the manly method of panicking, followed by a deferral with the, ‘hope it gets better on its own’ approach. The end result is I’ve waited and waited for quite a few months before taking a punt on an overnight hike.

So, this was going to be the first walk with a heavier pack and it threw up one obvious problem. There’s no reliable water supply on top of the range, which meant carrying two day of water. In summer. Ouch.

Any worry about pack weight to keep my neck feeling comfortable went out the window as I intended to carry 7 litres for the two days. Oh yeah, by the way, if you’re wondering where these random bird photos are coming from they’re part of the sights from our ‘base-camp’ in Halls Gap. 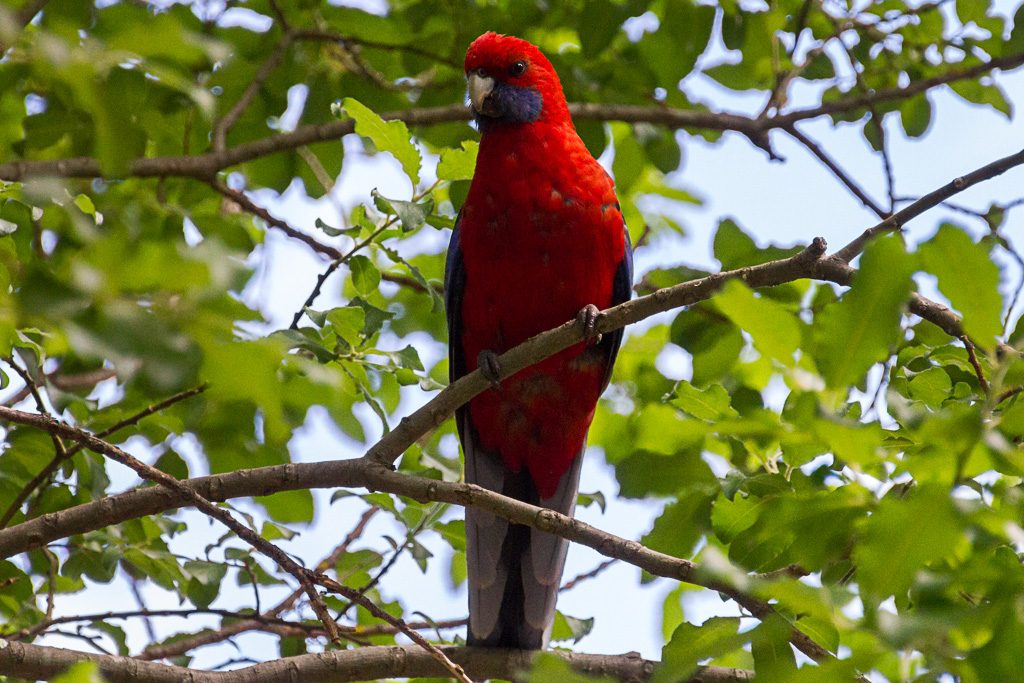 Well, the plan came together and a motley crew was assembled for this walk. Besides my humble self I managed to drag Ben away from Skyrim for the weekend. That’s not all though as also hopping on board the fiasco train was Smuffin, who’s featured on some walks before. He seemed keen for some fun in the sun. There was even another person, but due to their cloak of anonymity regarding all things internet, they will be referred to for the rest of the walk as ‘anon’.

That’s the introduction over with and the next entry will include the first day of this ‘well prepared’ hike. I won’t give too much away just yet, but I’ll include some photos, which are a teaser of the upcoming post and they involve the following… 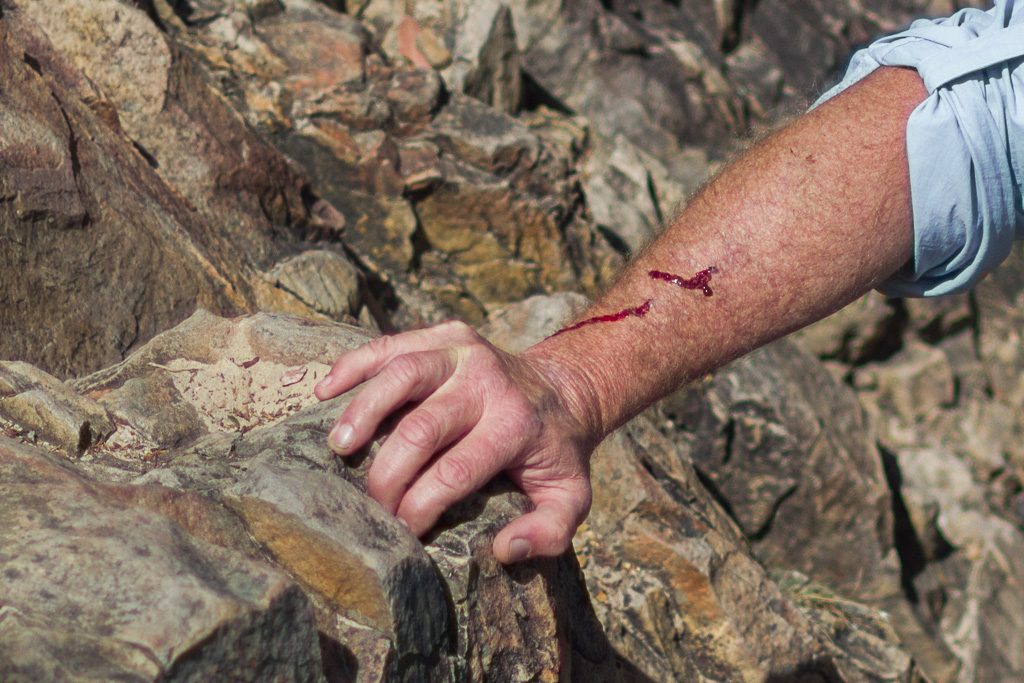 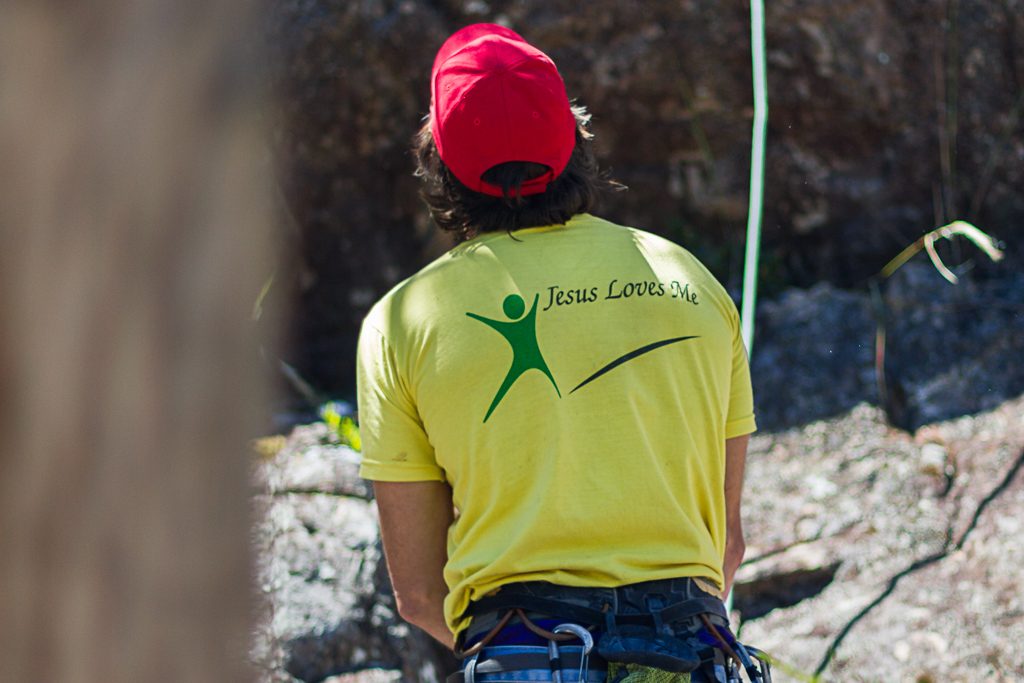 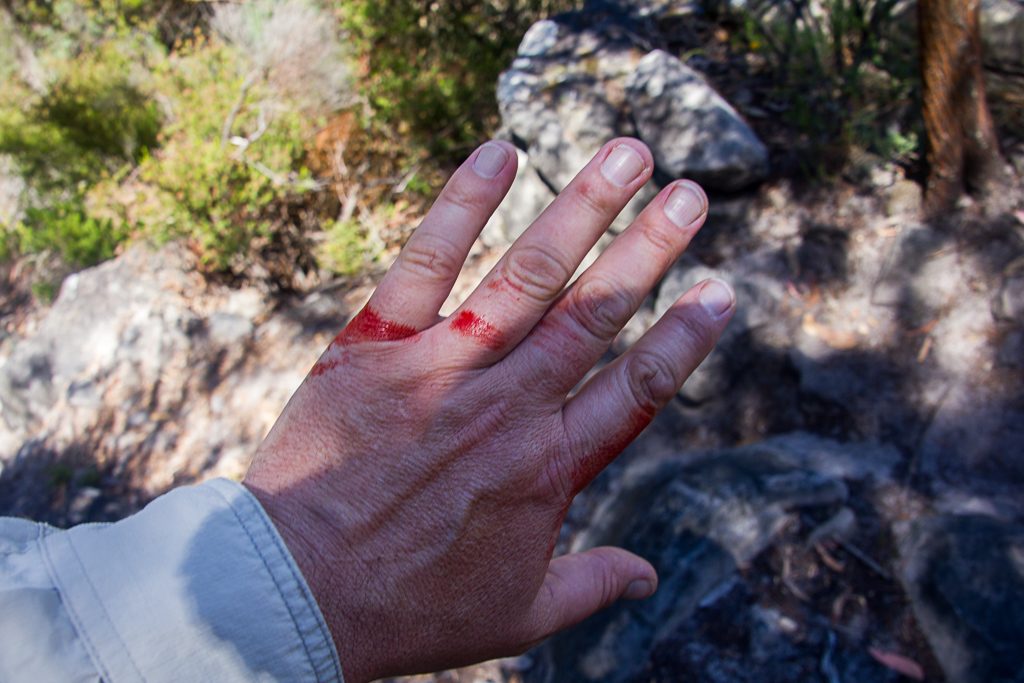 More blood, but it isn’t even mine! 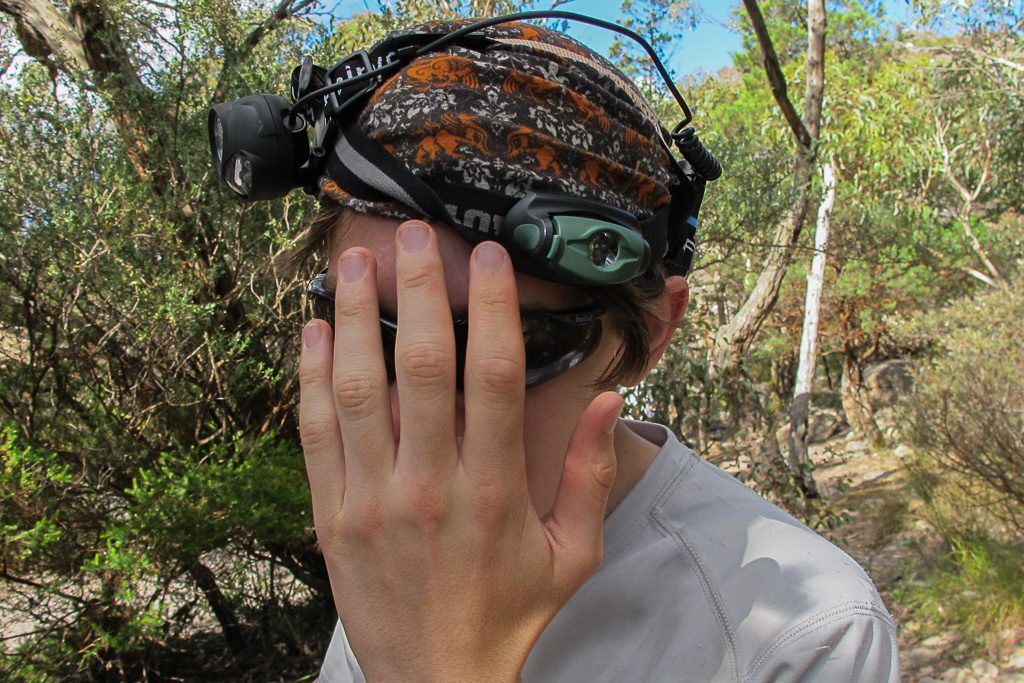 These photos are just some of the dubious highlights, but I’ll sign off for the day. Hopefully the rest will come later in the week. I’ve got one more photo and something mellow seems a perfect ending. How about a lady-bug doing laps of my tea cup…? 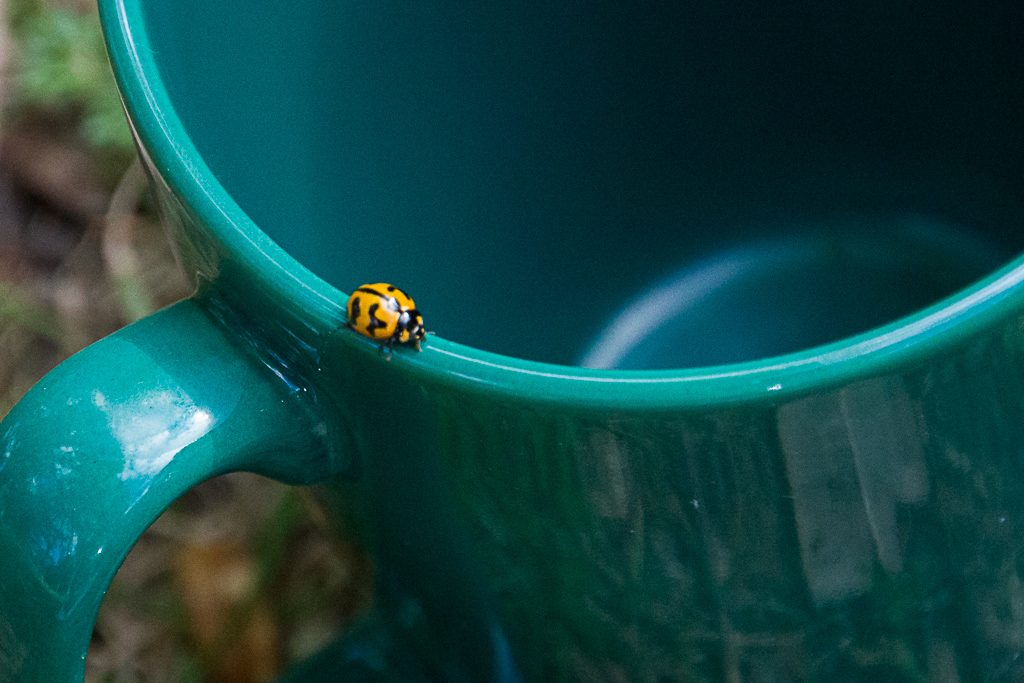 NB – 21/9/16. During my annual blog clean-up, I came across this entry. As you can see, it doesn’t seem to lead anywhere. What I did do was write about both days spent up on Mt Difficult, Grampians in the summer of 2011. If you really want to read about that saga, I thought I’d be a good bloke and make it easier for you. Here are the links to those relevant posts. Okay, I’m going back to the future now.