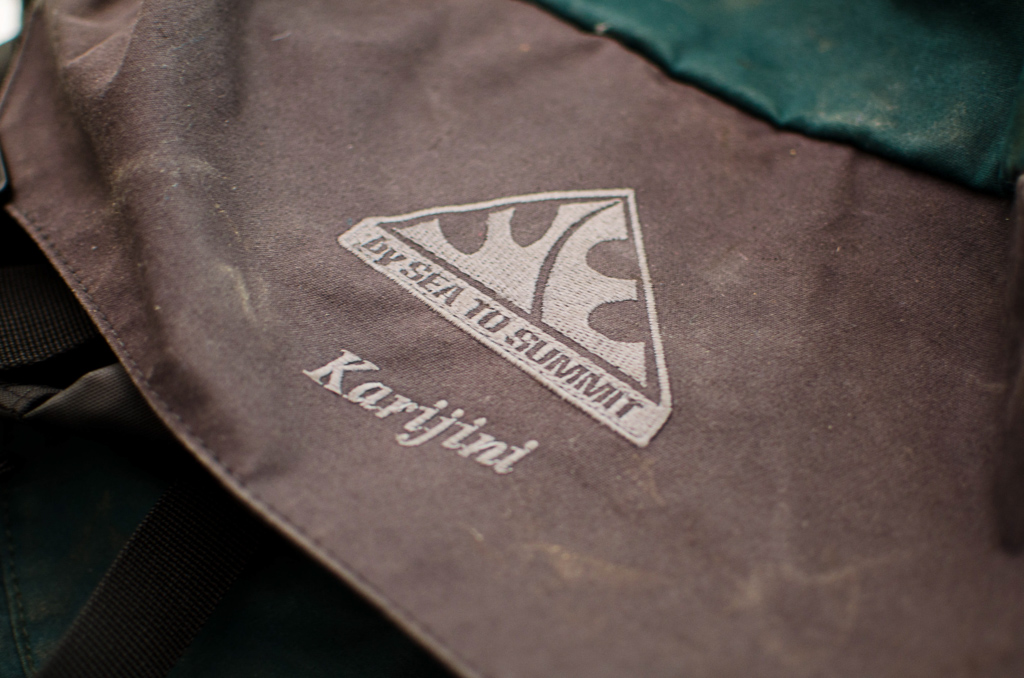 You know what? I’ve decided to go really zany and do a series of posts about the progression of backpacks I’ve owned in the last five years. No big deal right? Well, it is for me as I usually use gear talk as my reading material if I’m having trouble sleeping.

So, to help out the online community who might be finding Stilnox is not working like it used to, I’m coming up with a series of posts about my search for backpack nirvana, which is bound to send the most hardened insomniac into a coma. Where do I begin? First, let’s go back in time.

I got back into this outdoors caper with a lot of enthusiasm, but my knowledge about equipment was dated back to the early 1980’s. Things had changed over the years, which is obvious and I admitted I didn’t know a lot when I decided to make my first big purchase in order to get back into the bush. Most people would buy a pack as their first target wouldn’t they? I was no exception as I trotted into a hiking store in Melbourne with a credit card in hand.

The sequence with a staff member is as follows,

“I need a pack”.
“What sort of walking are you planning to do?”

“Self sufficient hiking for about a week”.
“No worries, have a look at this.”

Anyway, there’s no way I’m going to go into detail about the exact statistics of the pack as they can be found in detail online. I’d include the link to help you out, but unfortunately in the world of outdoor stuff, links seem to be dead in months, so I don’t include them any more.

In relation to the pack, all you need to know is I have the one that’s ‘Large’ and consequently has 95 litres capacity. Oh, and it weighs a lazy 3.2 kg when empty. 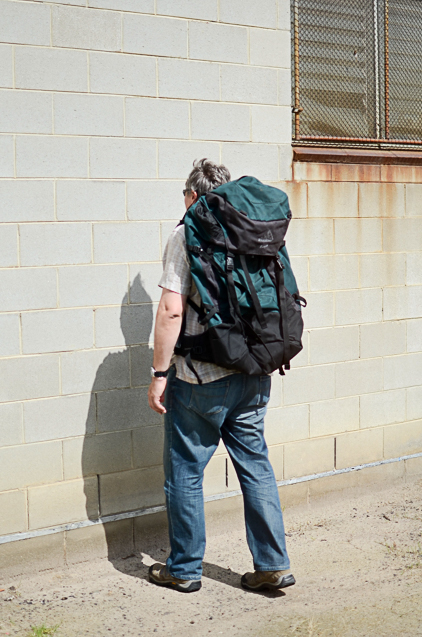 Walking into the wild wall.

I didn’t know any better, so we loaded it up in the store and I went walking around in it. It felt okay, so I bought it. It’s still the only large purchase piece of hiking gear I’ve ever bought that wasn’t on sale and I think it was about $400. When I think about it, that’s not cheap as it’s only about $100 less than a divorce.

Now, I think anyone who has done some hiking and continued with it would understand this post. One starts out with what they think they need and with experience they suddenly begin to realise it’s completely insane. My thinking was, “I’m going out bush for a week, so I need a big pack to carry lots of stuff for different weather and a weeks worth of food”. My perception was bigger the pack the better for those reasons.

The first thing I can say about it is it’s cavernous. It has one enormous compartment with a top cover and one outside pocket. In fact whilst taking some photos the other day, what surprised me is that with a bit of effort the microwave would probably fit in it. 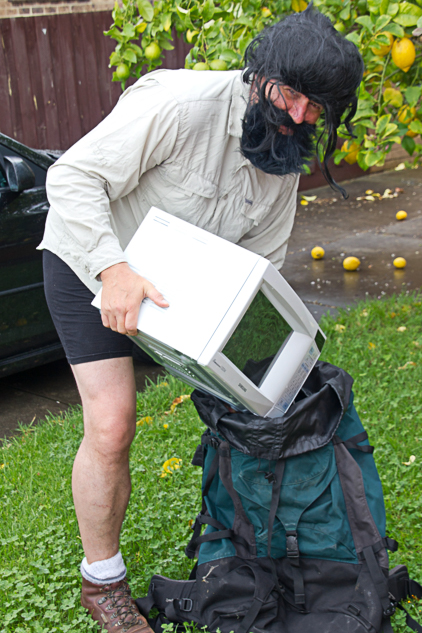 Bringing sexy back to hiking.

Now, I’ve used this pack for three week long hikes in different weather conditions, plus quite a few overnighters. My first long trip was the Great Ocean Walk, followed by the Wilsons Promontory hike which I’ve been writing recently and then a trip of the Overland Track. I did all of those hikes within three months and what’s even more stupid is the pack got heavier with each trip.

Believe it or not, but I was so worried about the weight of the pack when flying to Tasmania, I booked Virgin as they have the heaviest baggage weight allowance at the time of 23 kgs. My pack weighed 21 kgs at the airport and it didn’t contain food or fuel for the Overland Track. 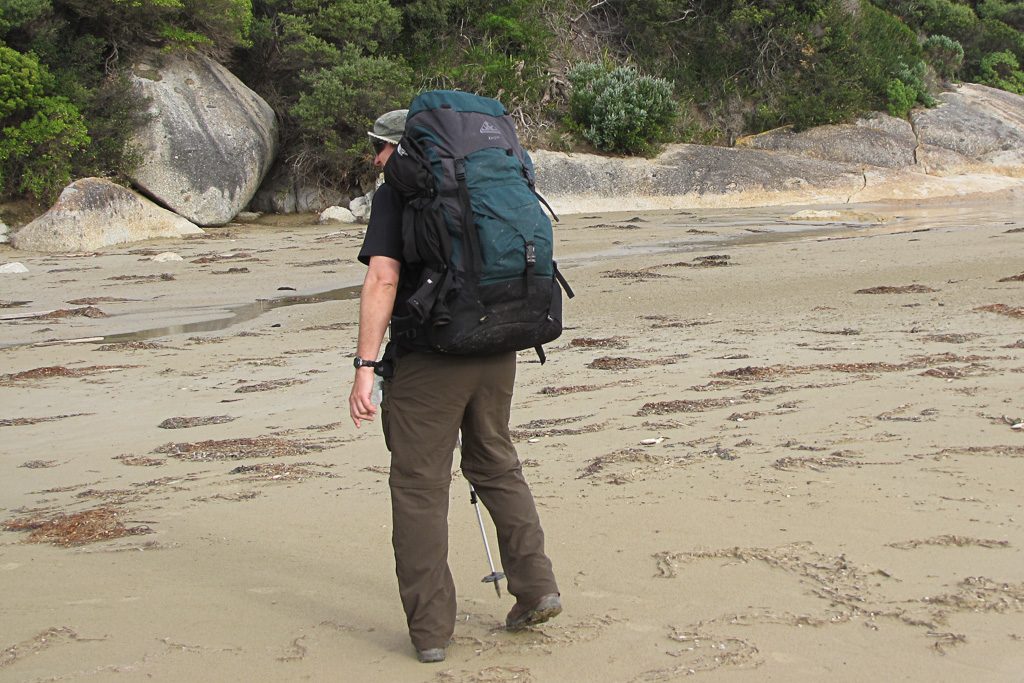 Fully loaded on the first day at Wilsons Promontory.

You may look at the above photo and wonder why my feet are going in different directions. I believe it’s because I had trouble with the concept of walking. The pack was so heavy that I reckon if I was struck by a rogue feather, I would have been unbalanced enough to fall over like Humpty-Dumpty.

I guess I should talk turkey about how it went on these trips? There are good points if you ever want to go down the path of “I only want one pack for each century” method.

It’s simple, canvas and tough. I believe that if I was out casually hiking and a Predator Drone fired a Hellfire missile into me the pack would survive even, though I’d be a little crispy. It’s all hypothetical though as a drone never accidently hits the wrong target, right?

If I look at the pack now it appears the same as when I bought it. It’s a bit dirty, but I can’t find any wear and tear which sums it up. If you’re going scrub bashing in Tasmania then this wouldn’t need much of a babying approach, as it’s built like a bulldozer.

Its simple design of minimal straps, means it’s never going to get snagged onto scrub and it’s pretty much gimmick proof. It’s so hard core it doesn’t even offer an opportunity to use a hydration water bladder. This of course means that although not waterproof, the lack of zips means there’s less chance of getting the inner wet. I never chance that sort of stuff though and always use dry bags. Guess what? That adds to the weight as well. The canvas though can take a fair bit of rain before the interior gets damp and combined with a pack cover a lot of rain would be needed to penetrate. Oh yeah, a pack cover. Guess what? Yep, more weight!

There you go. A bit of random dentistry thrown in with a pack review. What else do people talk about in pack reviews? The hip belt is comfortable enough with more than adequate padding which would make even the boniest hips quite happy. 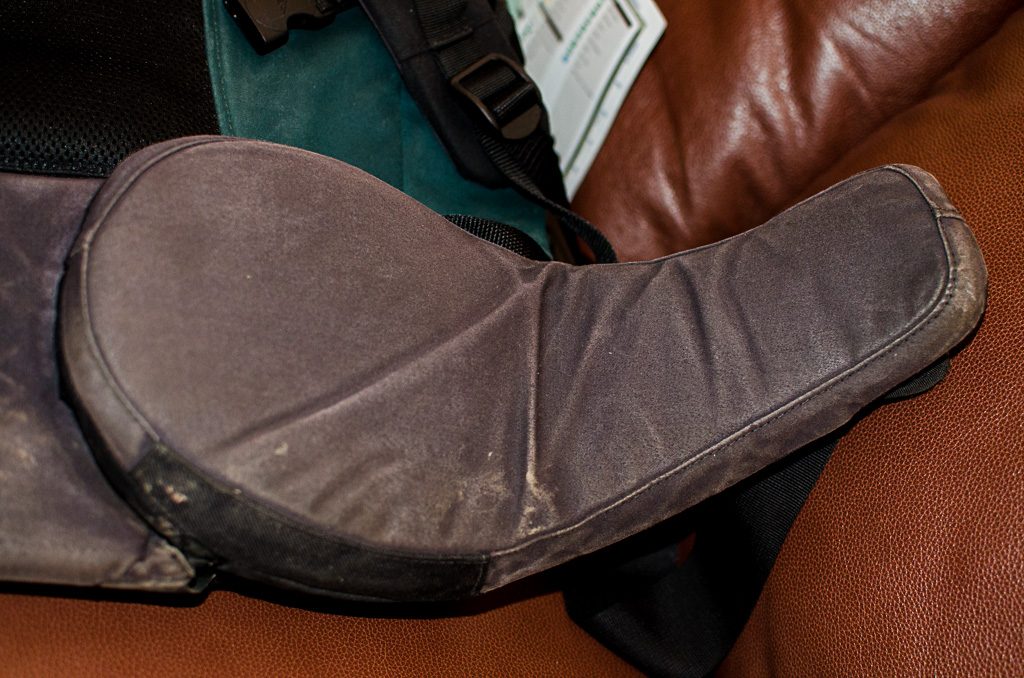 Overall the Karijini is not uncomfortable, but for me it’s just the concept of lugging 20 plus kg of weight in an already large canvas pack a little bit much to take. I’ve found out the hard way there are easier ways to go about the type of hiking which I’m doing now.

Well, this pack business is quite tiresome isn’t it? Don’t worry, I’ll sidetrack myself for a little while before getting back into it. As you have spent many nights lying awake waiting for me to post another amazing entry you’ll be aware that I’m trying to fit in a 1000 miles of walking in a year.

The reason being, why not? It’s an idea from another blogger who has long lost interest in the online world. All you need to know is I’m diligently adding up the mileage.

It’s forcing me to walk every day and it’s quite nice to stroll a few laps around Albert Park Lake to get some miles up. You’ll know where I’m going with this, as it’s just a sly excuse to include a few random shots of feathered friends, that I’ve seen around the lake lately. 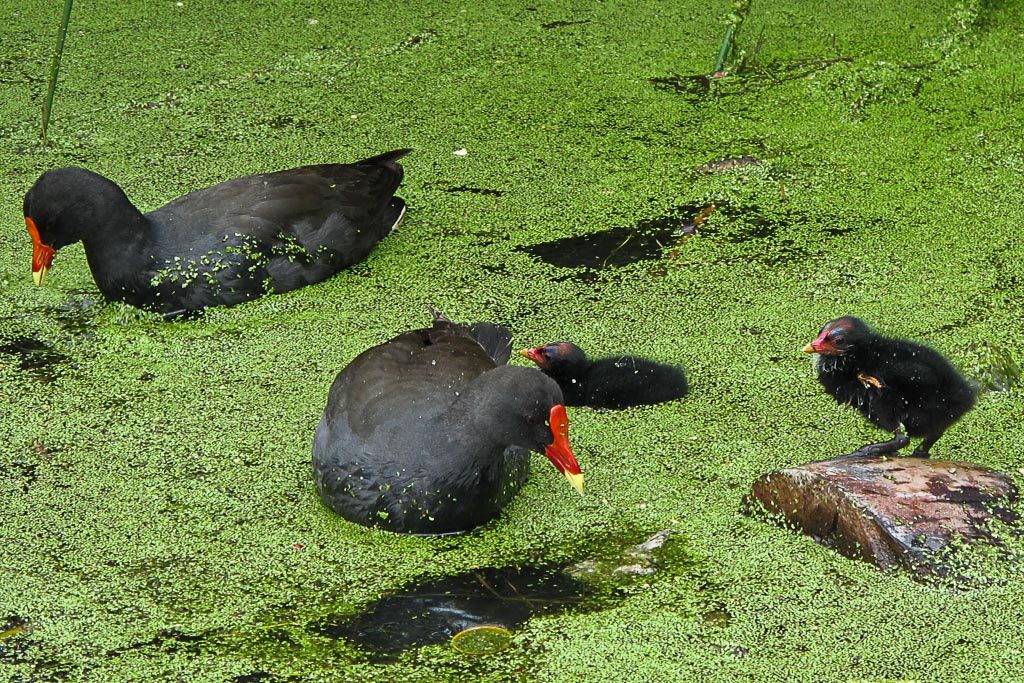 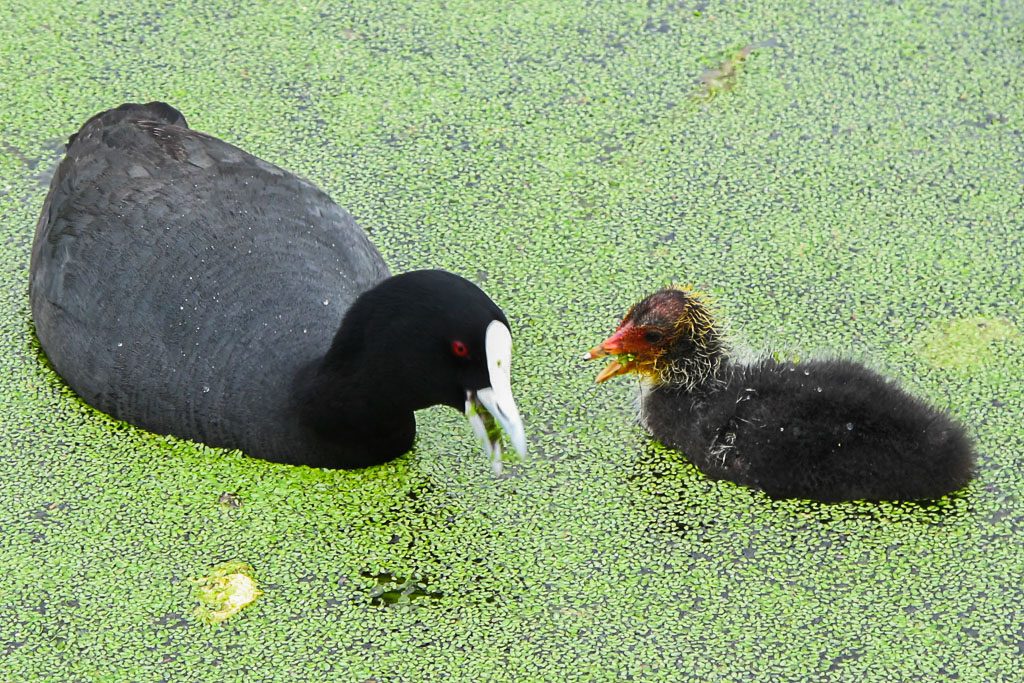 That’s not all, as I’ve also been doing a few laps of Westerfolds Park which is a lovely oasis in the suburbs of Melbourne. It’s a little bit more exotic with the wildlife on offer and I was watched pretty intently by this bloke as I walked past the other day. 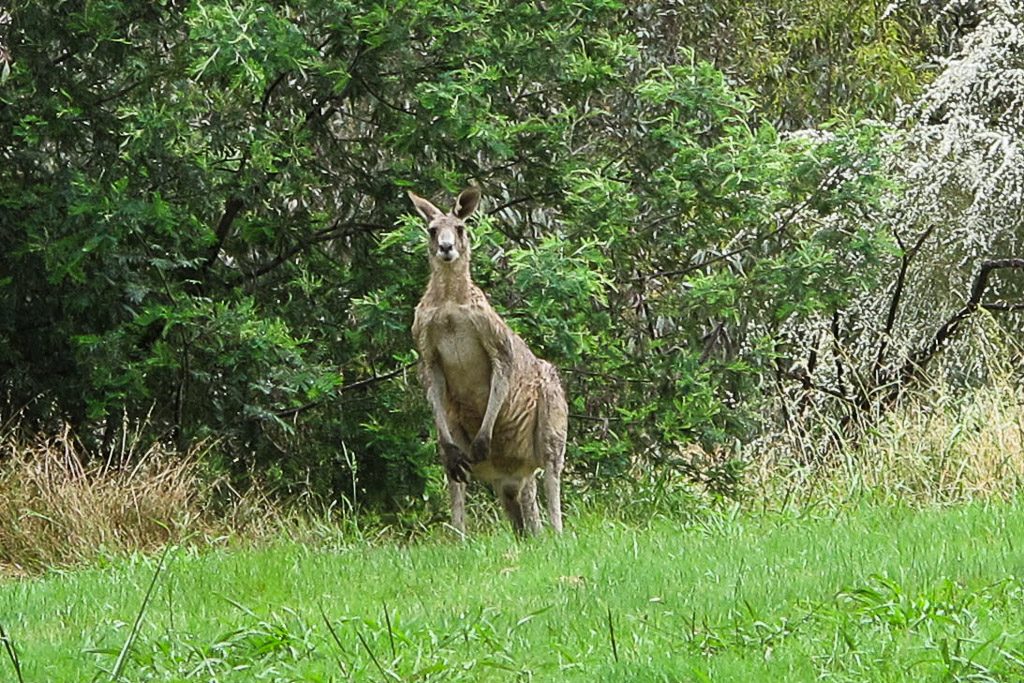 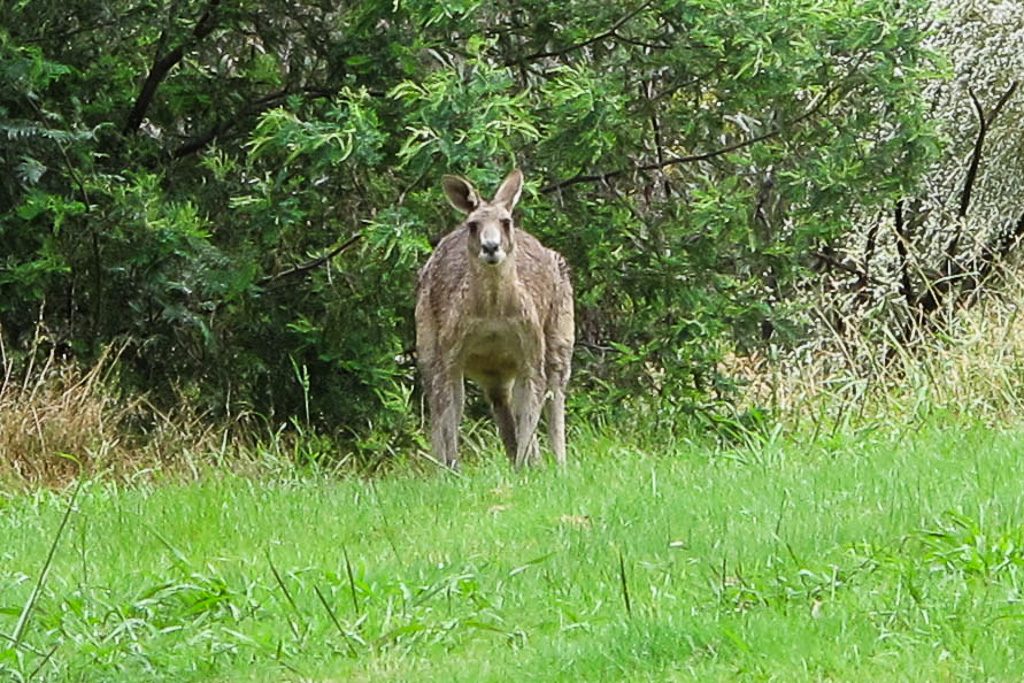 Oh yeah, back to the Karijini. Who’s the pack for? Well, once it was a case of a serious load carrying pack for tough terrain. Lighter alternatives are a lot sturdier now than ever and are still improving. Then again, if you’re the sort of person who likes to finish a hard days walking by holding the pack aloft with both arms and then hurling it to the ground whilst roaring like the Yeti then this is for you. Wear and tear is unheard of with the Karijini and the simplicity appeals.

There’s a phrase that everyone seems to be using lately which is ‘bomber’. You know, “It’s a bomber piece of kit.” I think this pack fits into that category, except I hate that phrase already as I read it everywhere. “My tent’s a bomber”, “These boots are a bomber”, “What a bomber of a Viagra tablet.” Where does it end? How about, “Look, there’s a B-52. It’s a bomber.” 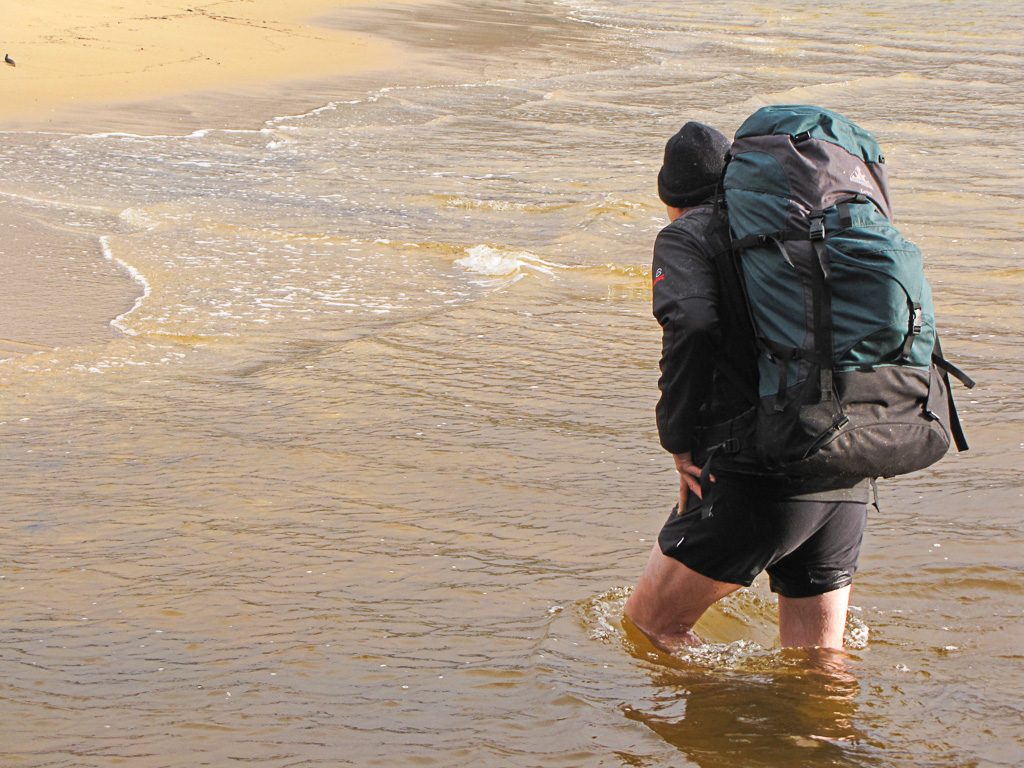 Where did my search go to next? Well, that’s for the next pack review which I should post within the next 18 months or so. Don’t laugh, but I’ve got to work my way through four packs before we get to something I’m a little more happy with. There’s no nirvana yet though, but I’m sure it’s getting closer. 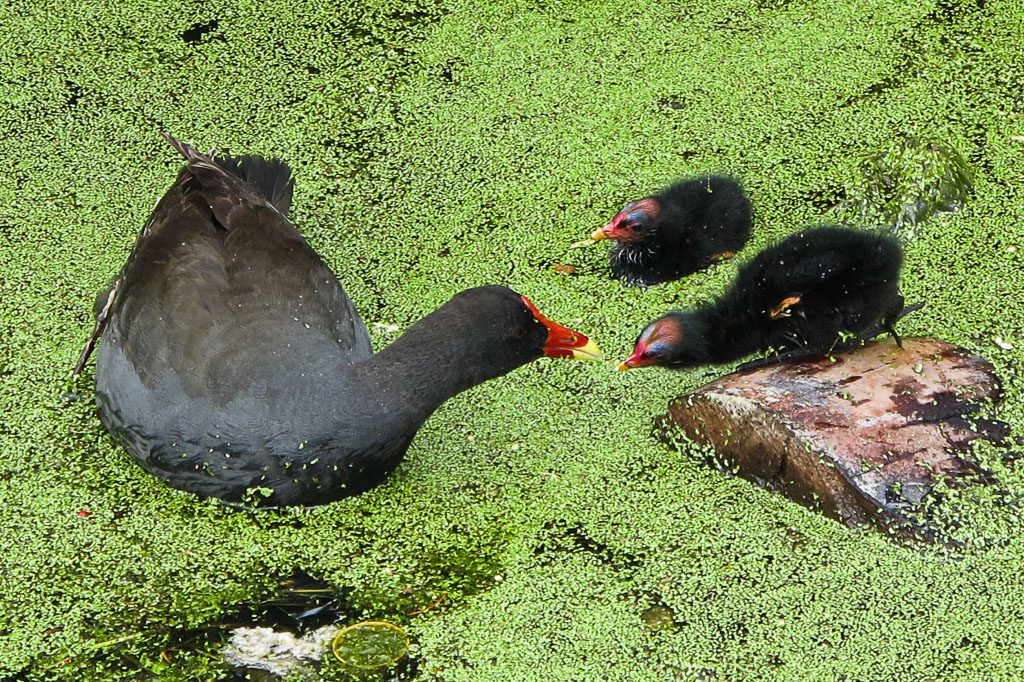 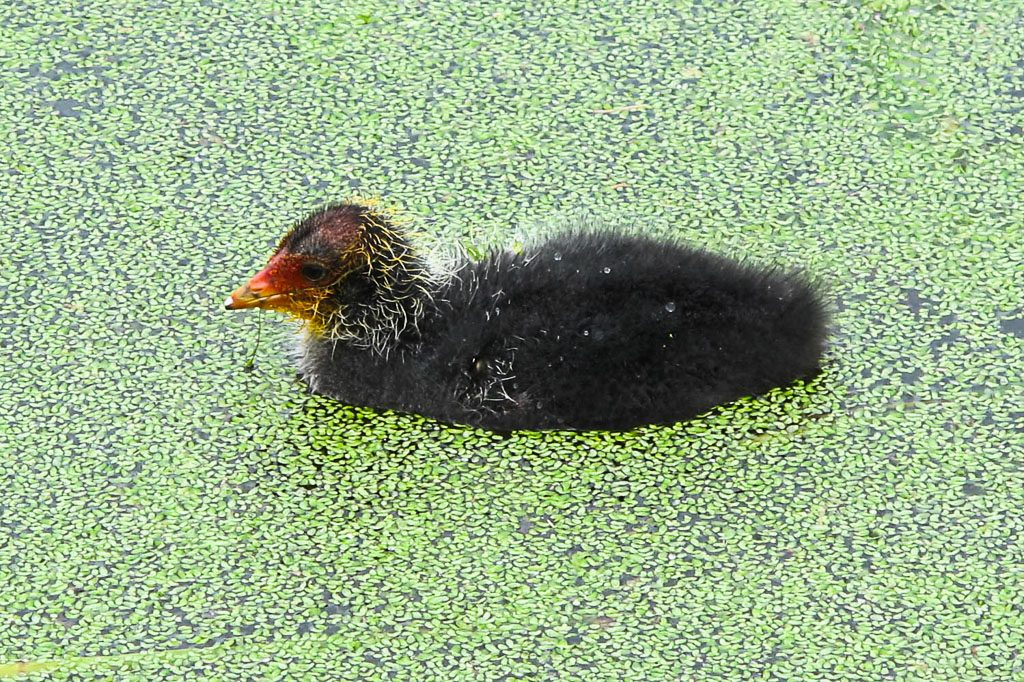 At the other end of the scale, I’m trying out a HMG cuben fiber pack for its first overnight trip this weekend. It’s only 720 grams, which is a lot lighter than the Karijini, but let’s see if it can carry a load though… 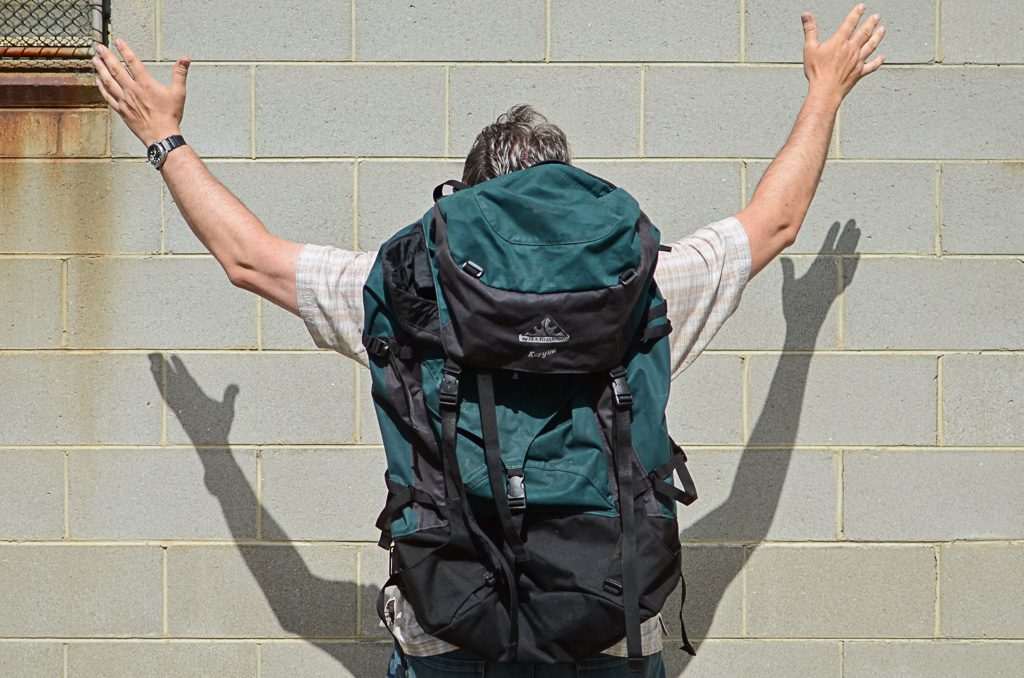 In awe of a crappy brick vista