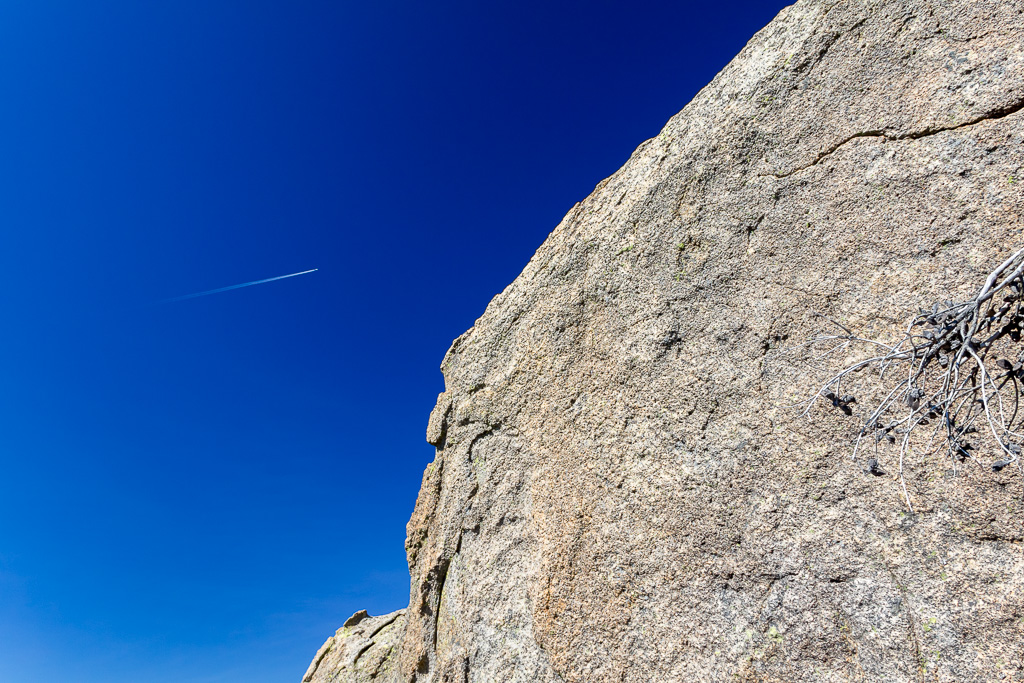 I had a restless night trying to get used to all the new gear. I managed to keep the sleeping bag at the right temperature, so I didn’t spontaneously combust and the new mat was comfortable, but a little narrow for my ‘broad’ frame. I had the regular, but I’m thinking of ordering the large and giving the smaller one to Ben as he’s about 50 kg lighter.

The tent went well, although there was a little condensation which I think is my fault for not putting the guy ropes out. I reckon if the tent fly is pulled taut away from the inner then it will be circulation heaven. I don’t know, but I will check that out on the next walk. I decided to leave everything set up and head off to Mt McLeod. It was only a kilometre away, so I didn’t need anything else on what was a cloudless day. Oh, except for the PLB. That goes with me everywhere when I’m outdoors. 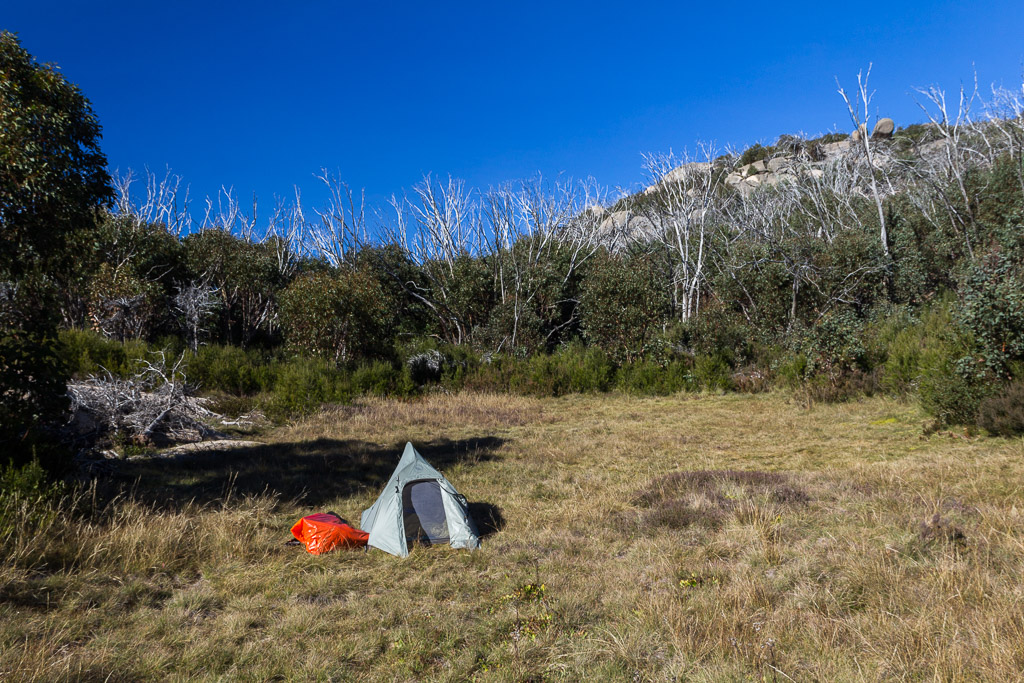 My camp at Dels Plain 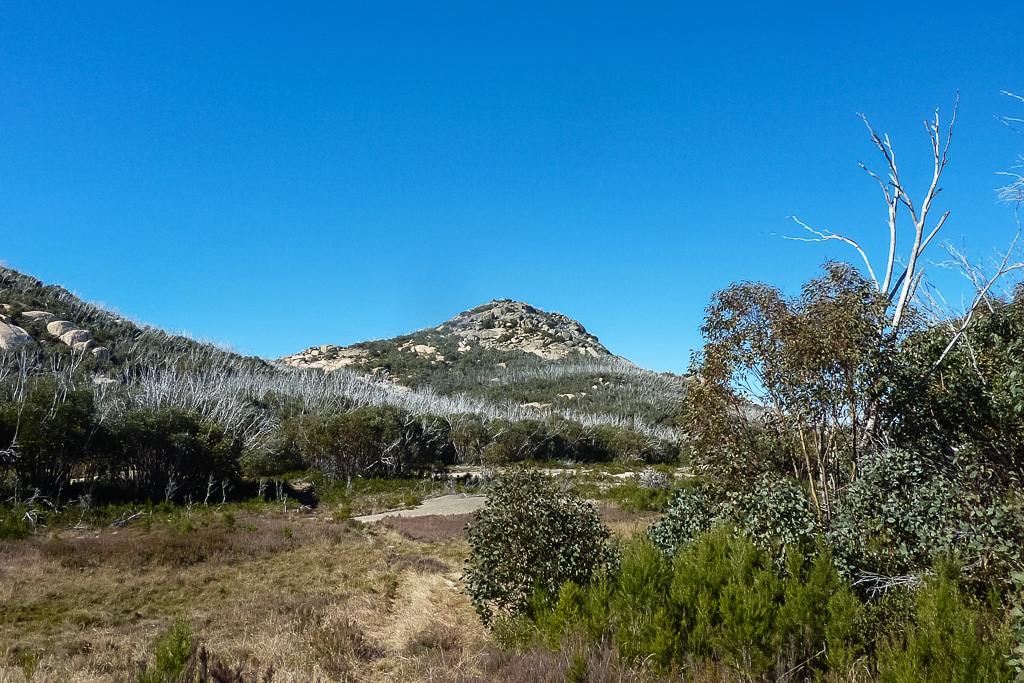 Mount McLeod a short distance away

I set off walking and at this stage I’d installed the standard ‘sunny day whoop-arse polariser’, which explains where all the crazy contrast comes from in the following photos. The walk is quite simple, with even a comfort station passed on the way for ultimate relaxation before reaching the summit.

It was a matter of following the odd rock cairn and just inching my way towards a prominent trig point, which I saw quite early. In fact, there’s no use explaining how I got up there, so I might grab a cup of tea instead and let the pictures take you to the top. 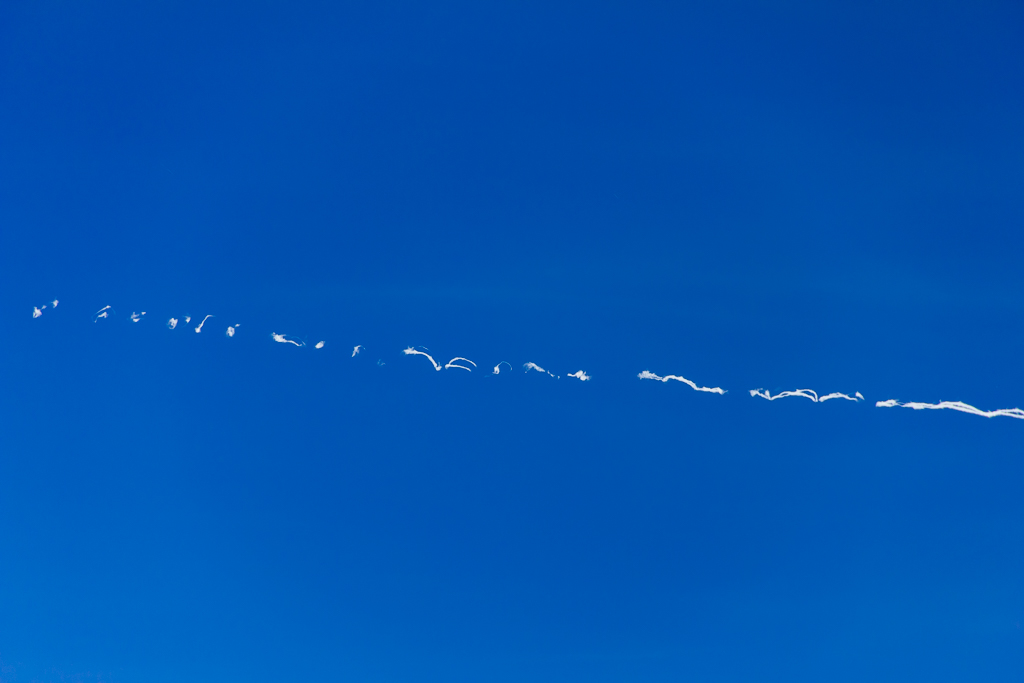 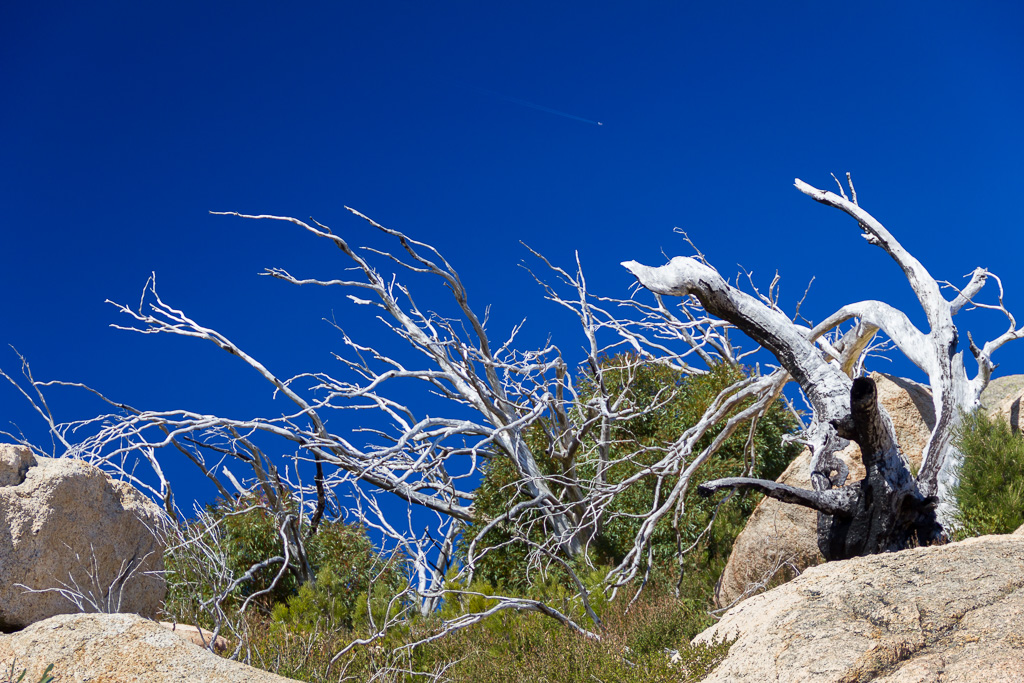 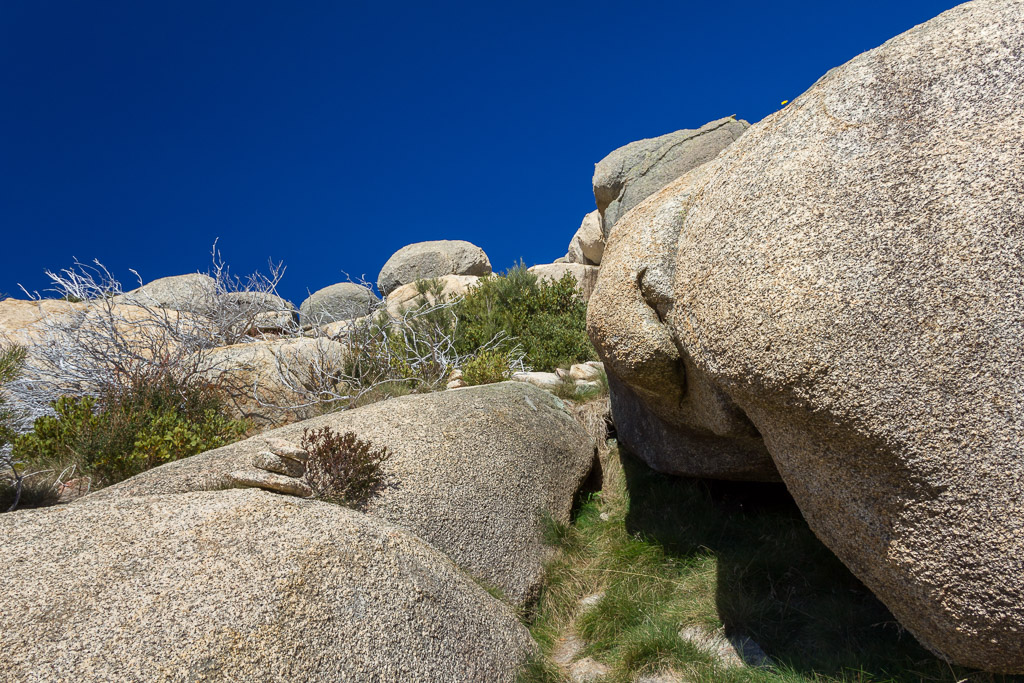 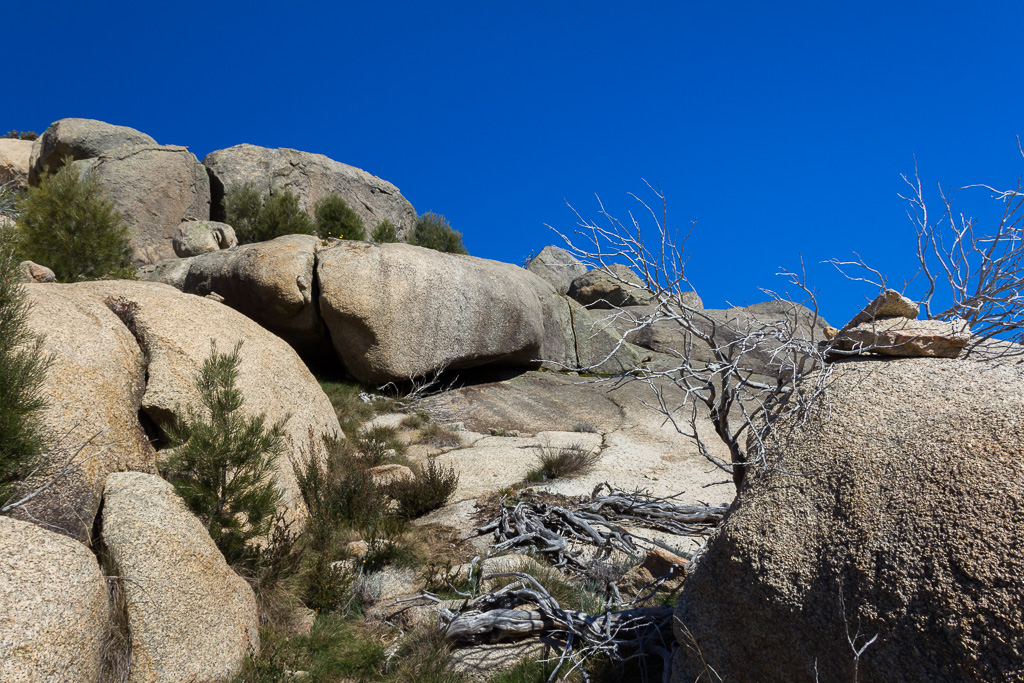 Guess what the theme is in a lot of these pictures so far? Yep, besides getting higher I can’t escape the jet contrails that seemed to be whizzing everywhere. I wasn’t sure if a wandering Tardis had taken me back to the south of England in 1940. 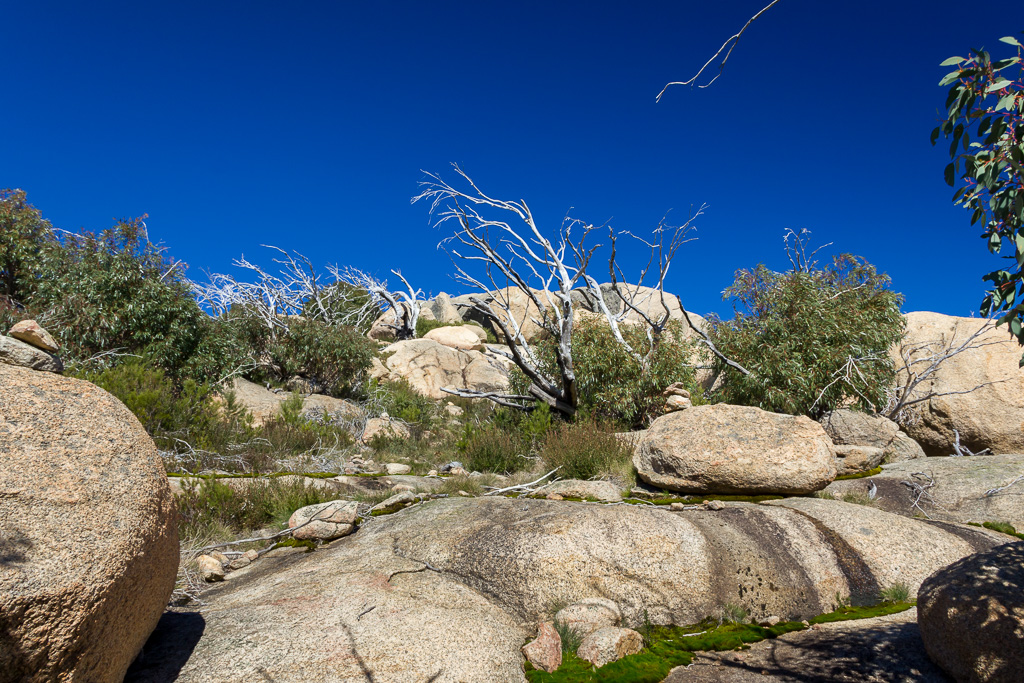 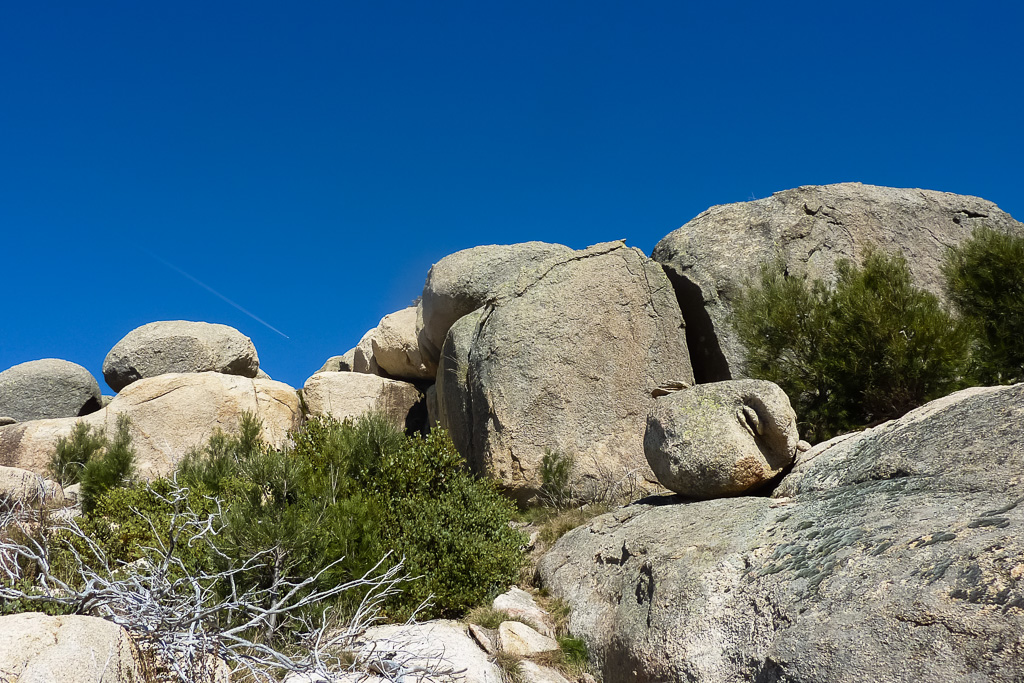 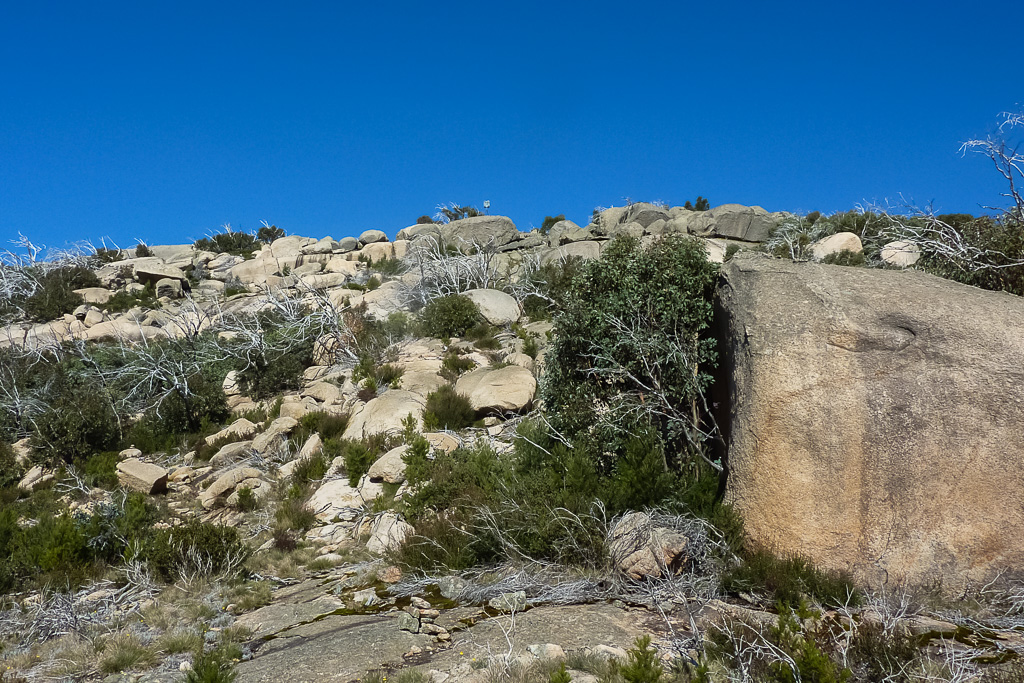 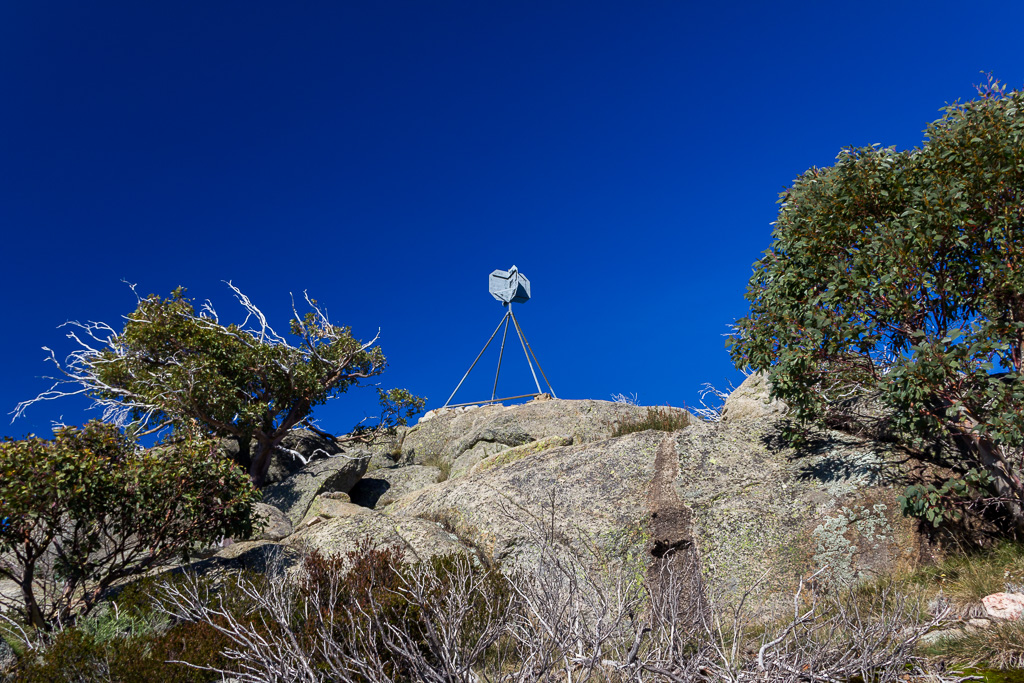 Okay, I’m up there now. I could not have asked for a more perfect day to climb/walk up. A slight breeze to cool me down after the slog up and then I spent at least an hour lying on the softest rock I could find. 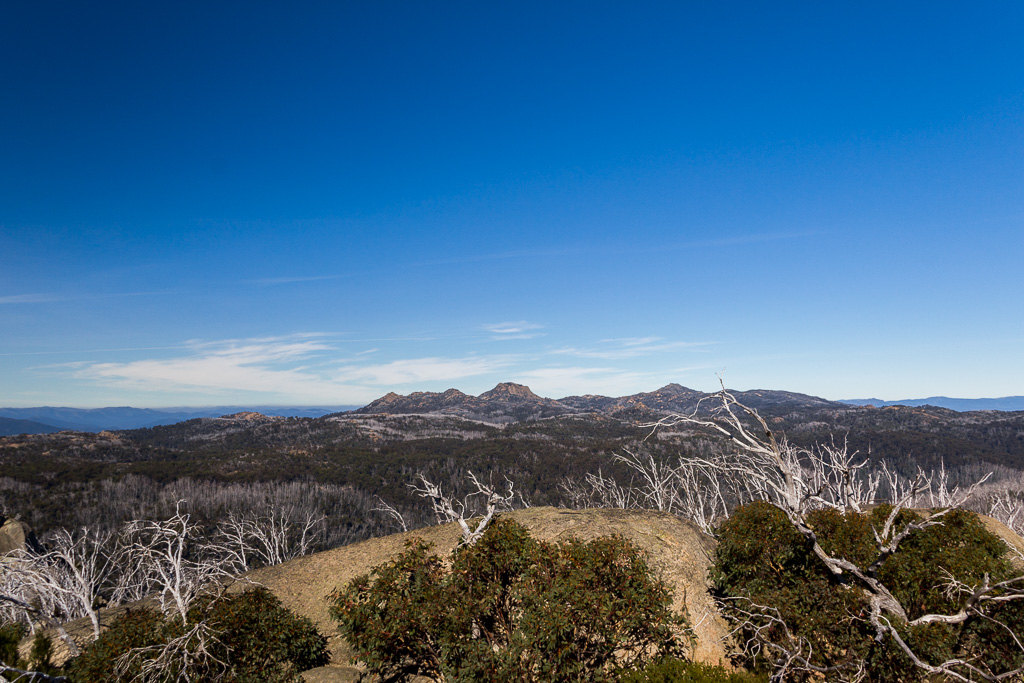 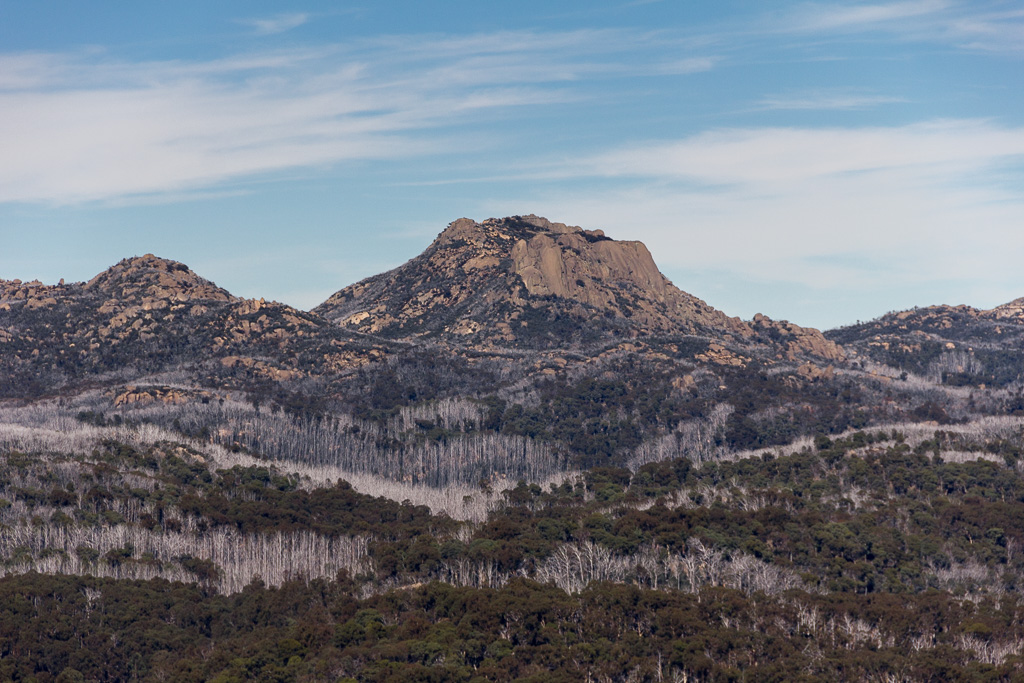 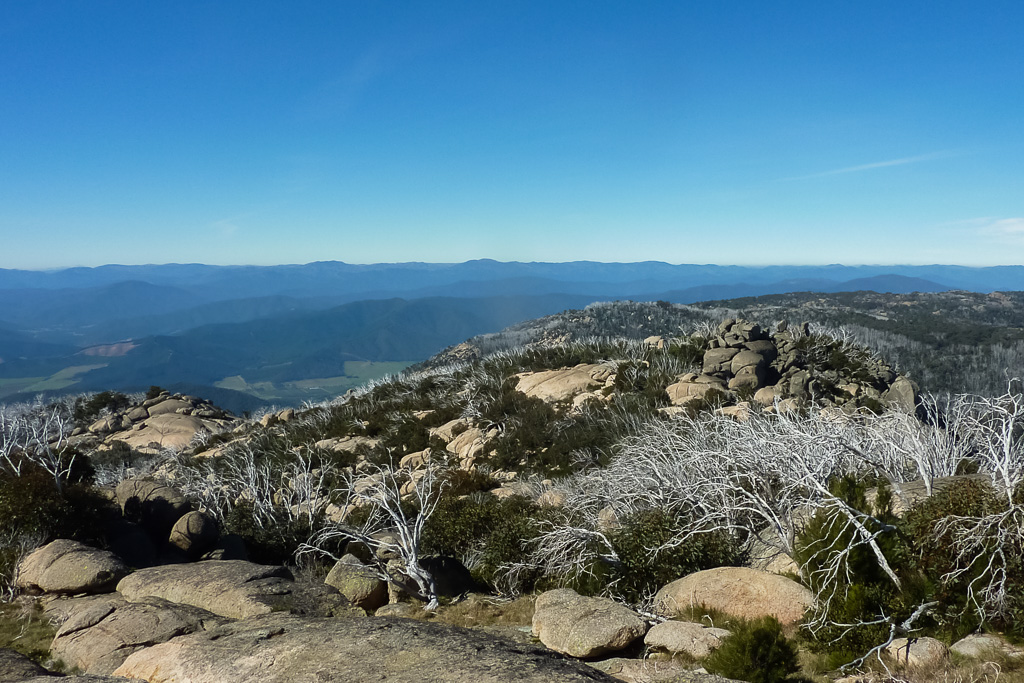 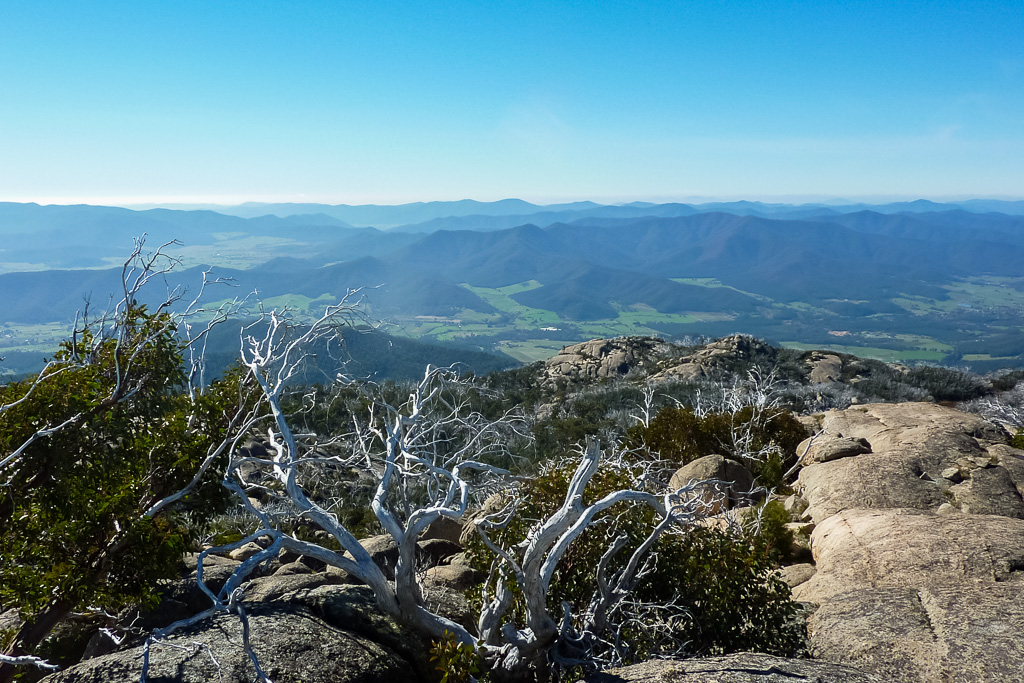 Well, all good things have to end at some stage, so it was time to go back down to pack up and head home. It was a breezy walk back to the tent and did I mention how impressed I am with it so far? I don’t think I have and I was looking for a decent photo with it set up, but I couldn’t settle on anything remotely interesting.

In the end the only way it could look better, is if it was set up behind the July 1970 edition of ‘Modern Railways’. I mean who doesn’t want to check out the ‘Bogie Tank Wagons for GULF’? Like the front page says, “Once again Metro-Cammell builds for the big names”. Truly cutting edge stuff and who doesn’t like a decent bogie? 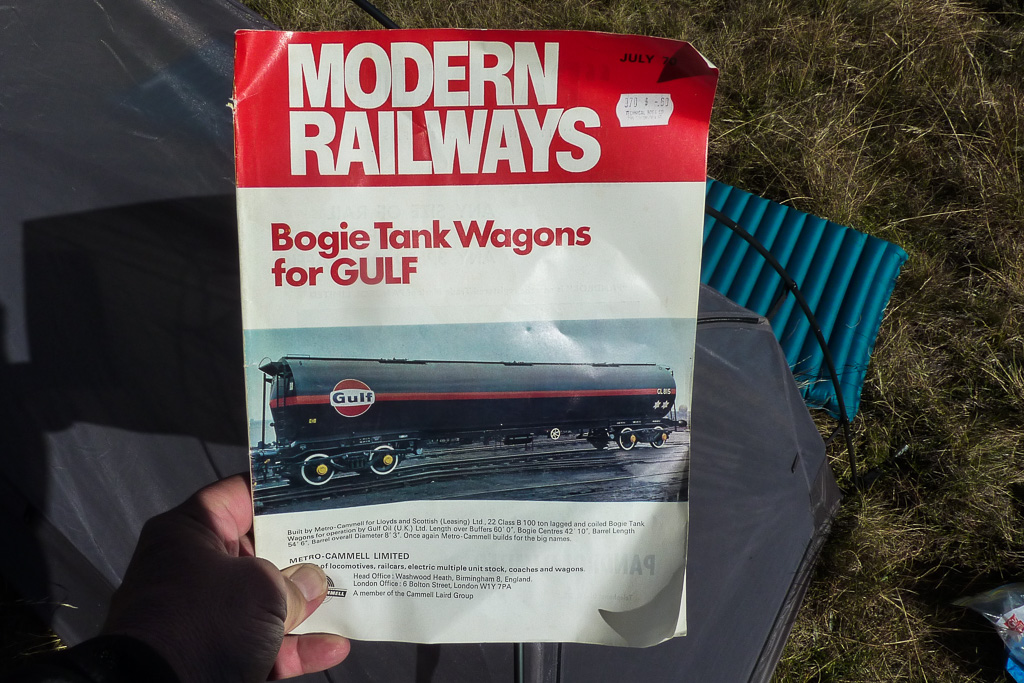 Well, everything managed to fit back in the pack, which was a bonus and I started to make my way back to the car. This was not the ideal situation for me, as I was retracing my steps and I think in every blog entry I make mention that I’m a circuit walking bloke. It was quite comfortable walking though in the sun and it did give me time to go crazy with that polariser again. I’m not really doing anything other than walking, so I’m getting another cup of tea while you look at a few more photos. 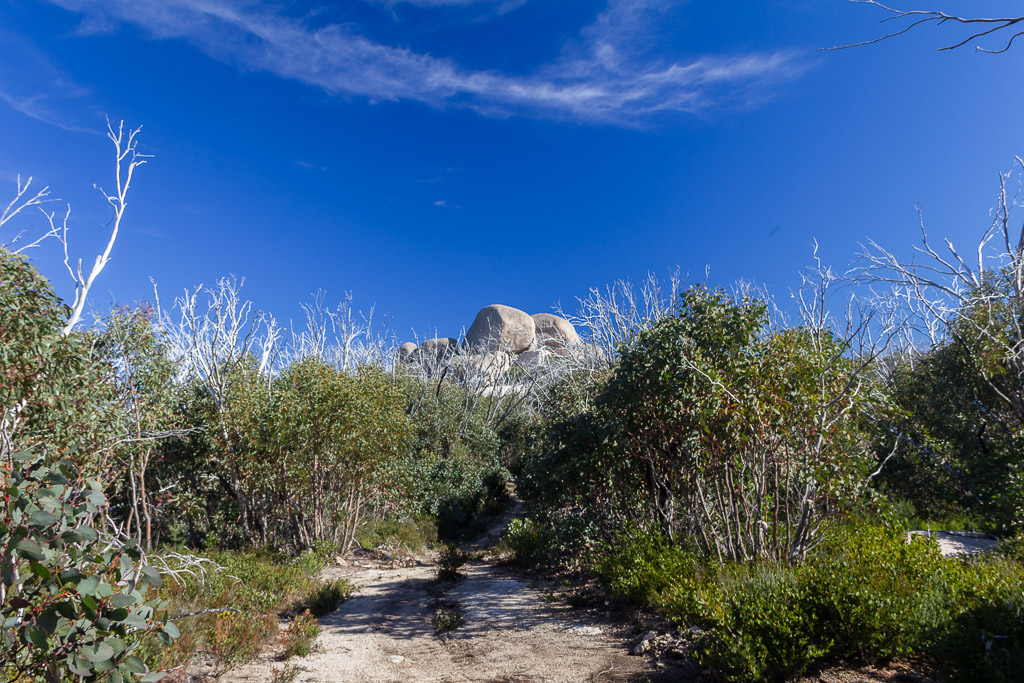 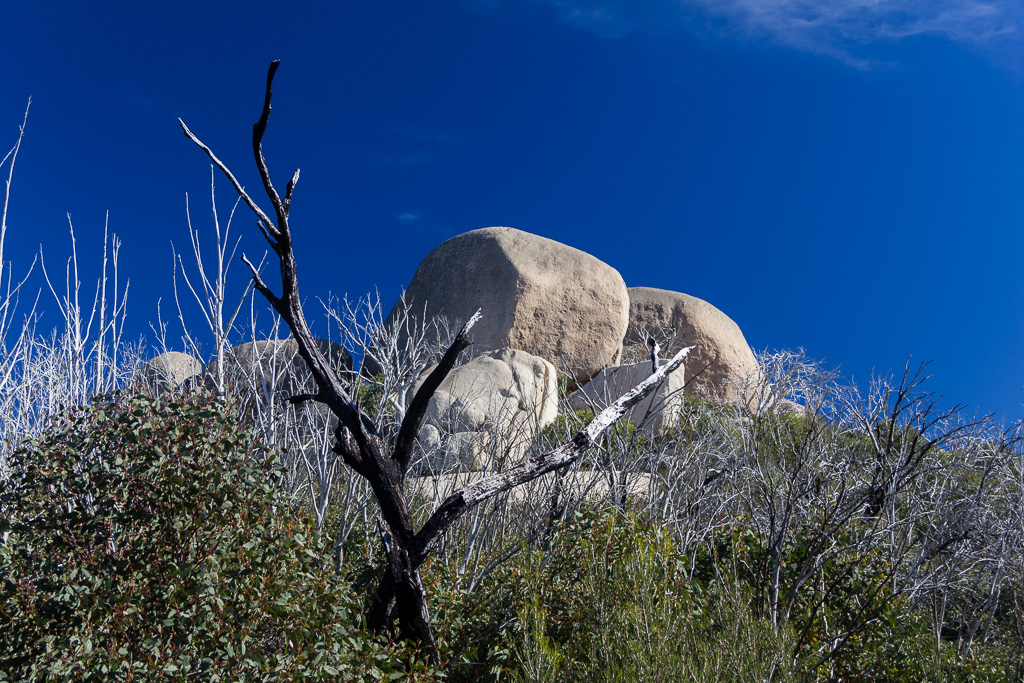 There was one final place I wanted to check out on the way and that’s Anderson Peak. I saw the turn off the day before and I thought I should slip up there before the day was out.

I dropped my pack at the sign and began heading up a rough path that abruptly vanished after about 200 metres. I pottered around looking for it again, but what’s silly is I should have just looked at the lie of the land and headed straight up. It’s funny how one can look around for a path, when the most logical way up is quite easy to find.

I wasted a bit of time doing that, so I thought I should just give it a miss as it was getting late in the day again. The short day at this time of year means it seems to get dark real quick, so I thought it best to head back to the car. 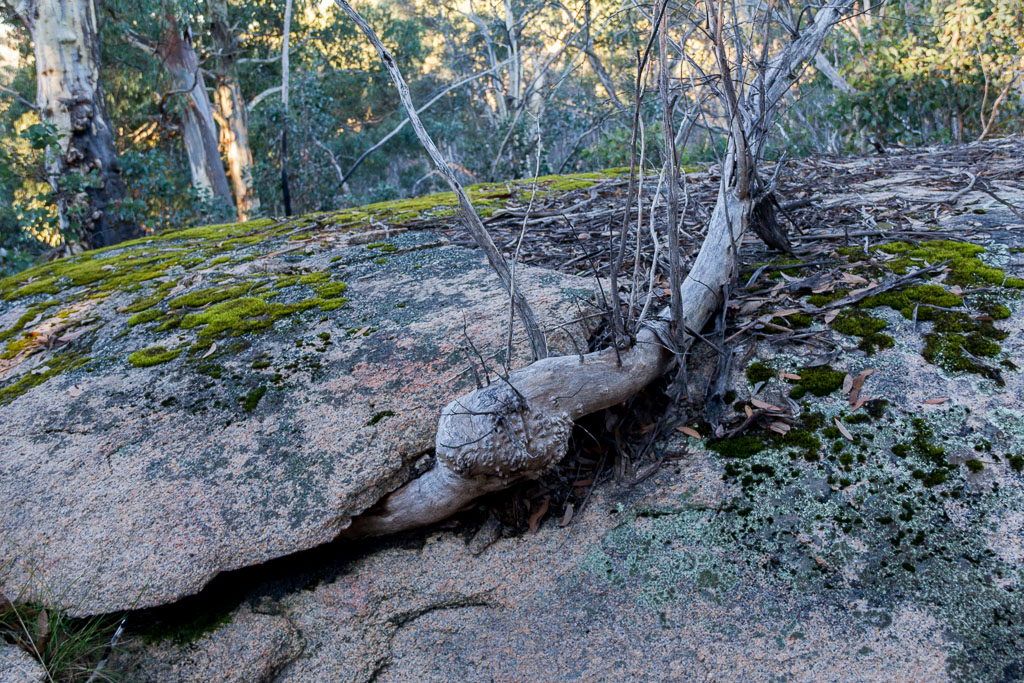 The hill on the main track is really an annoying one where it goes up, but there’s no view as a reward. It was a slog, but at least I can say I didn’t wimp out totally. A word of advice is if anyone is going to do this walk, then take the main path on the way in and the short cut on the way out!

So, that’s that. I found my car again and checked out the GPS which told me the total walk for the two days was 18.09 km and total elevation climbed being 818 metres. Certainly over two days it was a breeze, but enjoyable nonetheless. In the end, besides the walk the main constant of the trip was those flaming planes. In fact, I know you love them so much I will finish up with another serve of trees and flying aircraft. 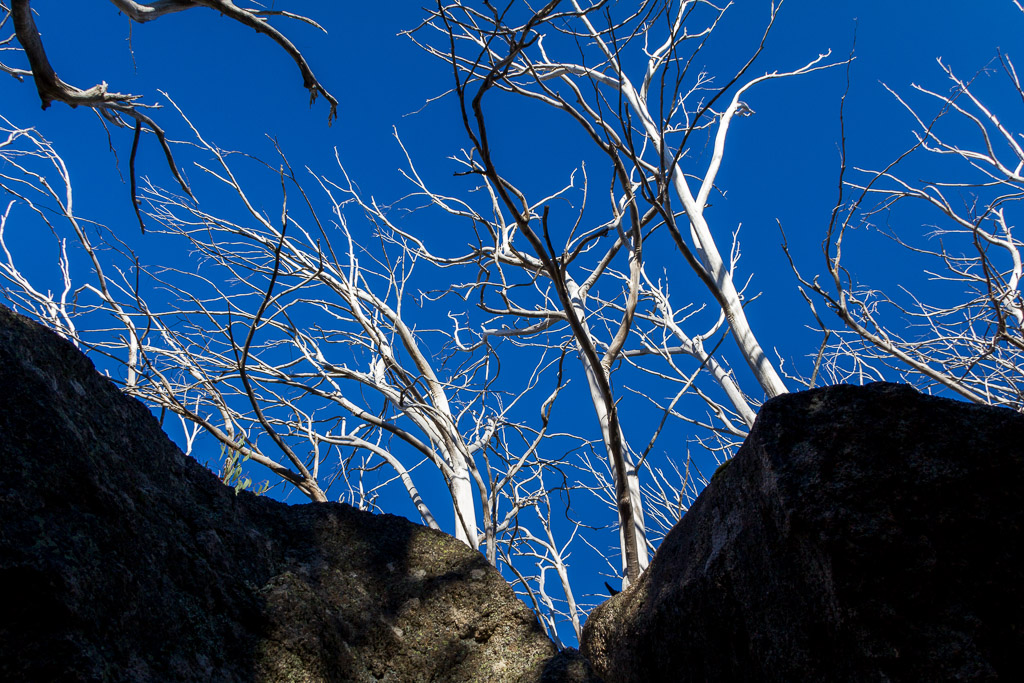 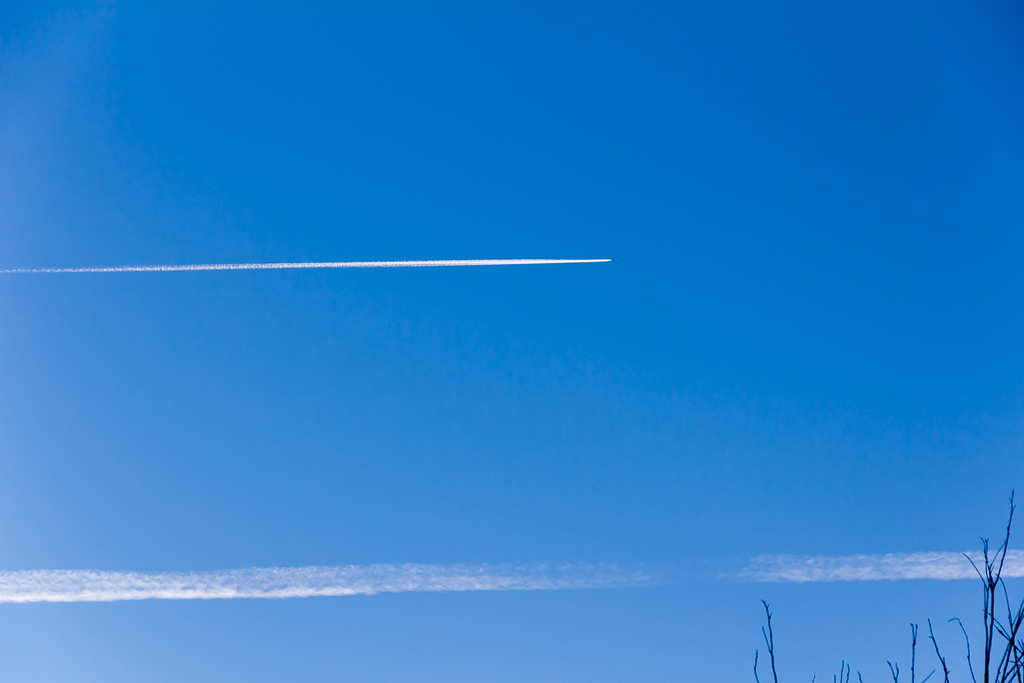