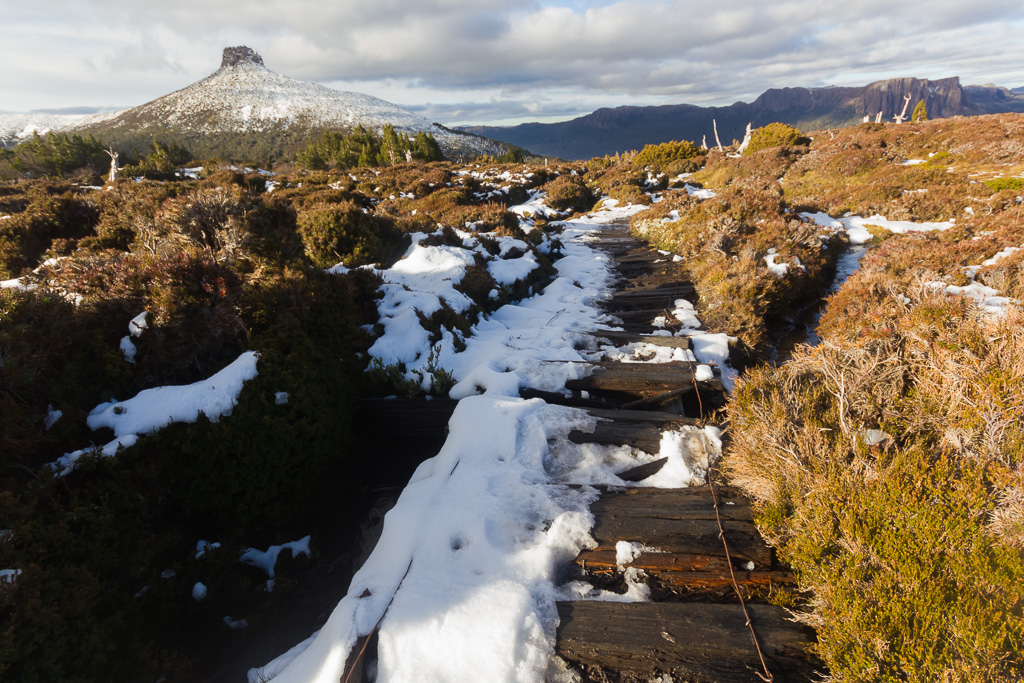 The temperature was freezing overnight and it was certainly hard to get going the next day. Du Cane Hut is rudimentary, but it did its job after our arrival in the dark. Again, we probably slept in, but there was no real problem as the days walk was pretty straightforward. We only had 12 km to walk on the well defined track from Du Cane Hut to Pelion, which would be our next camp for the night. There was some climbing to be done as we’d go through Pelion Gap, before descending to the new Pelion Hut for the night. I’d woken though with aching knees, as all the falls and weird landings had taken a toll. Only rest would make them better, but there was still a few days to go before that would happen. 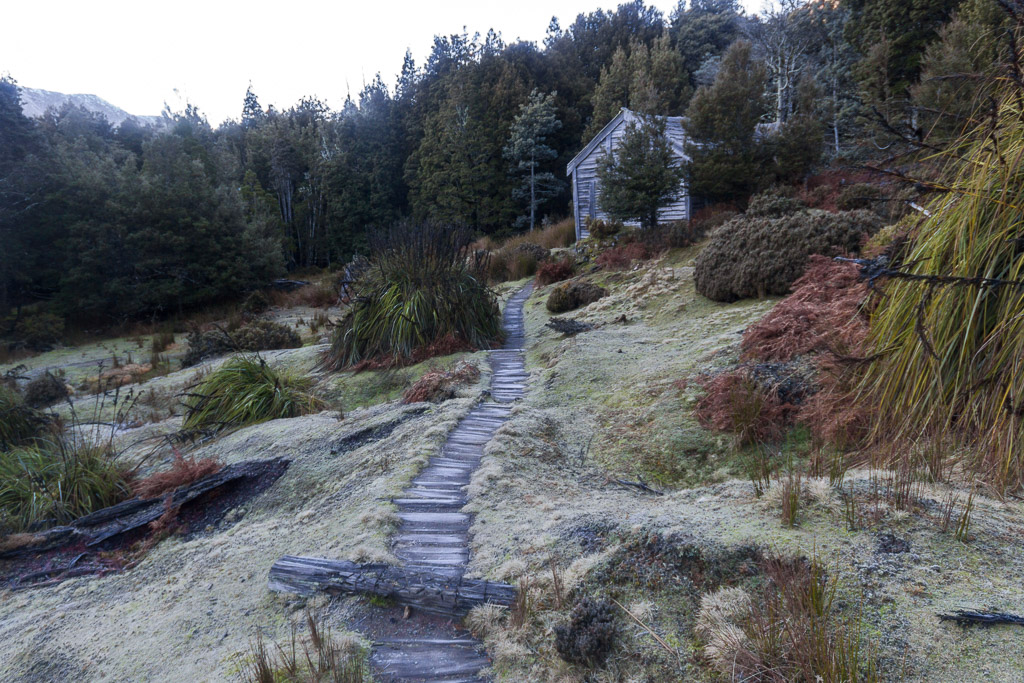 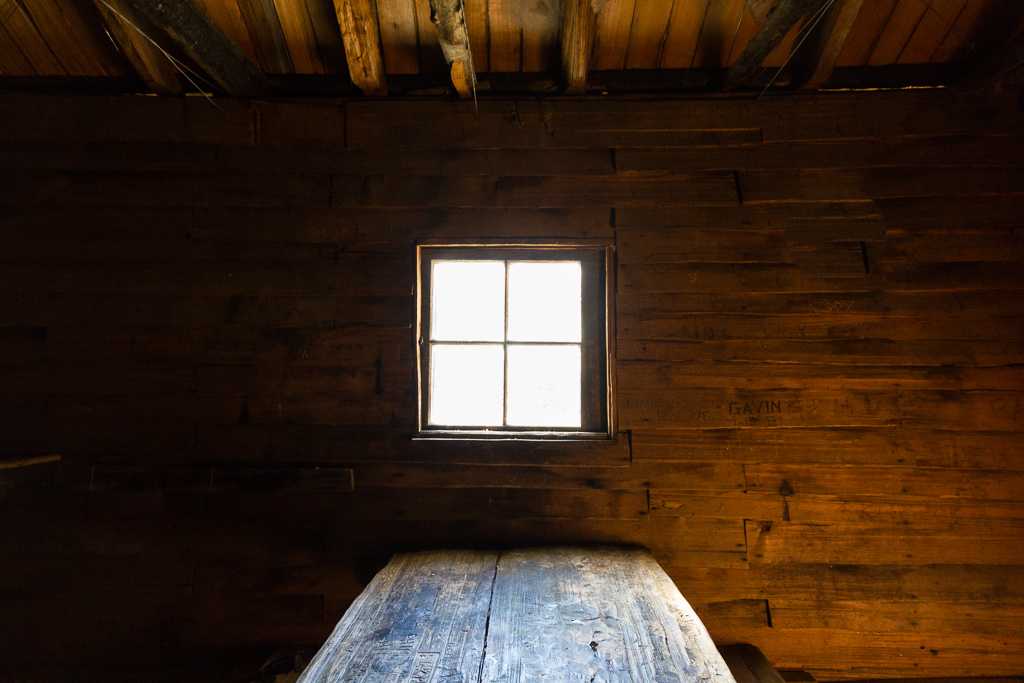 We headed out onto a frozen track at about 10 am and I certainly had trouble getting into gear. The only thing missing was a walking frame. Ben took off and I was left hobbling along and making sure I didn’t fall over.

Any water on the track had frozen solid. This looked great, but it was a little treacherous and I made sure every footstep was solid before moving on. 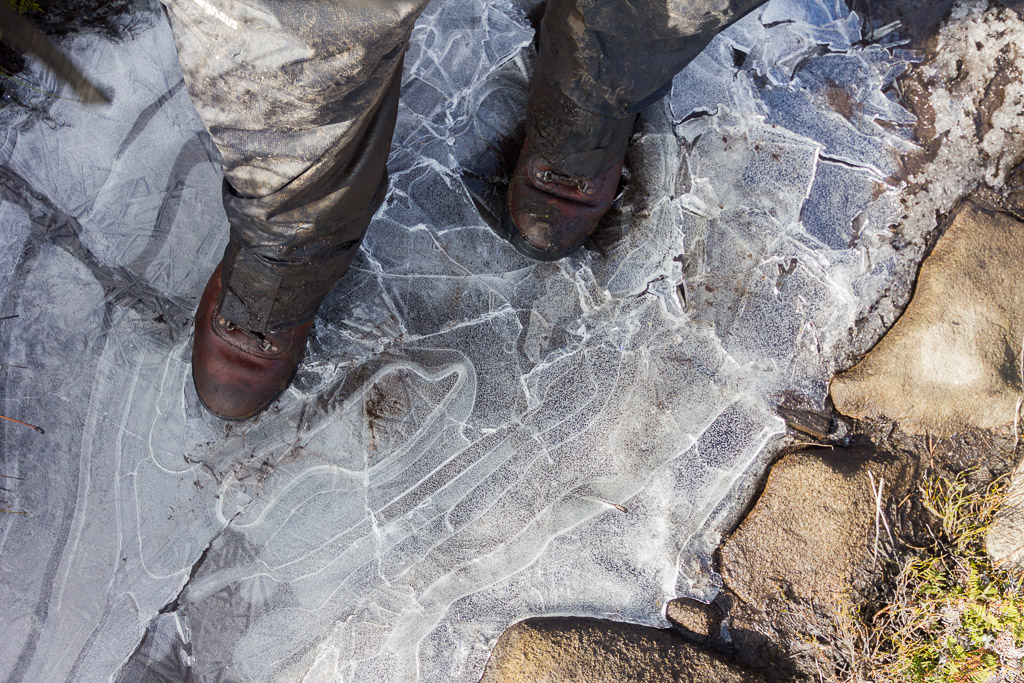 This ice ended up being on the entire track all the way to Pelion Gap. I really didn’t want to fall over again, as I was concerned my knees would implode. There’s a lot more forest walking than I expected on the Overland Track, so I began to look forward to some open ground. This day had a fair bit of that as it approached Pelion Gap. 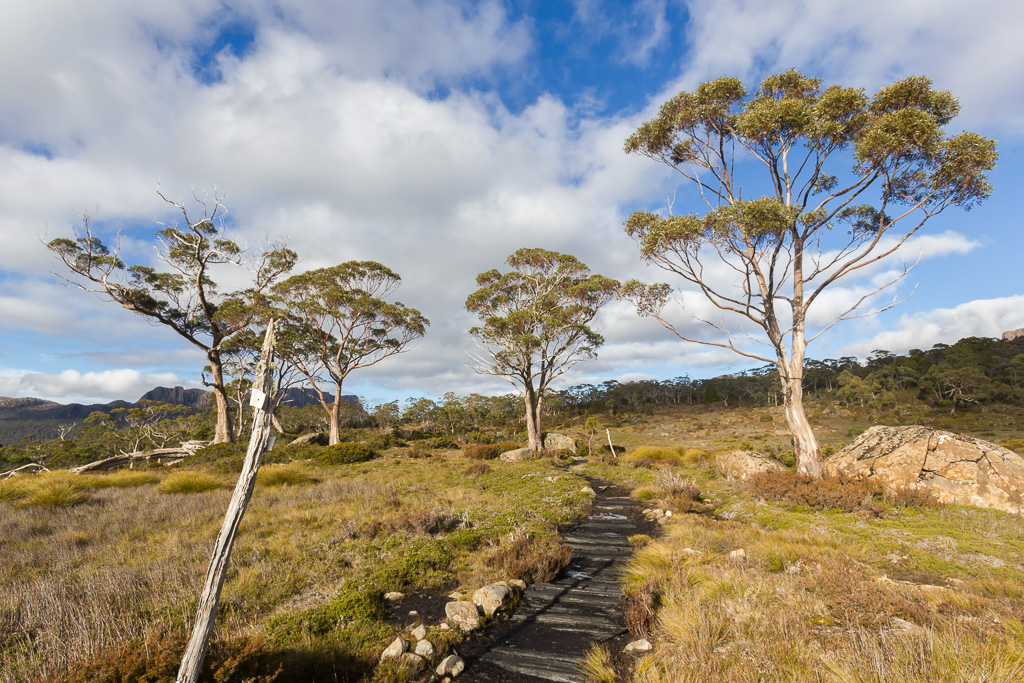 The problem I had is that the entire climb up was on ice over rocks, the path and tree roots. At my slow pace I was lucky Ben didn’t suffer from hypothermia whilst waiting for me. Small waterfalls on the climb were frozen in spots as well, which always makes for a nice photo. 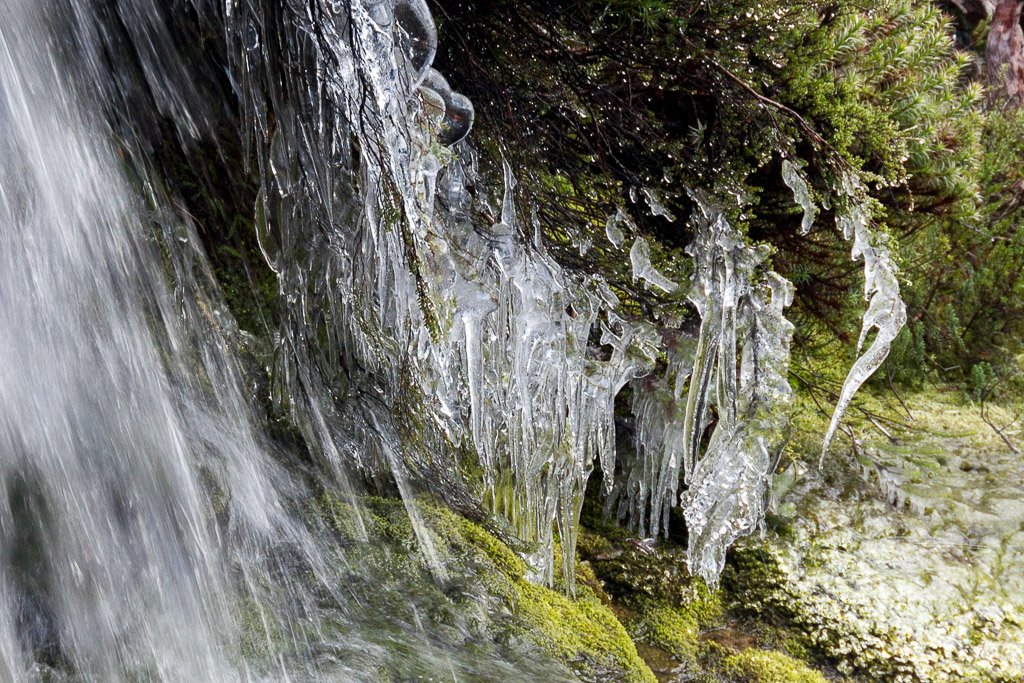 Frozen water at a waterfall

At the gap we met a trio of blokes going in the opposite direction and they were the first people we’d seen in a few days. Unfortunately for one, his pack had fallen victim to the local wildlife whilst on a side trip to Mt Ossa. Upon return, he found his pack unzipped and hot chocolate stolen, which was a pretty brutal selection by what were probably currawongs.

Ben was feeling a little energetic, so he set off to have a look at Mt Ossa on his own. My legs were way too sore, so I mellowed out in Pelion Gap and did find that once I’d stopped walking it was freezing! I spent most of the time slowly adding clothing, until I was wearing practically everything I had with me. 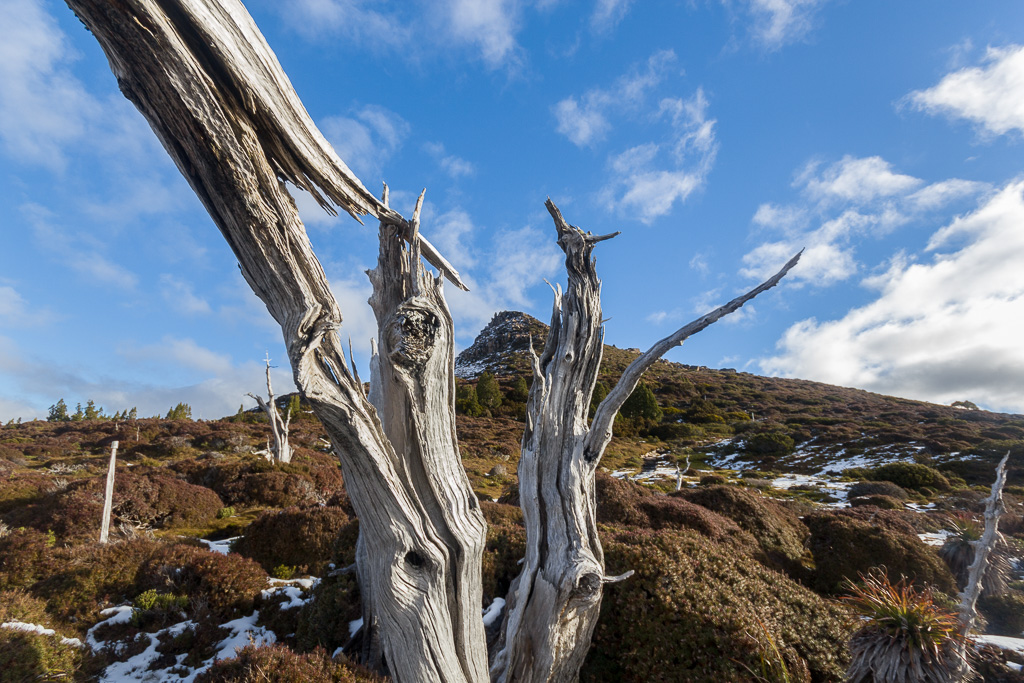 On the climb to Mount Ossa

Ben spent some time exploring, but didn’t make it to the summit. Once back we now had a casual descent down to the Pelion Hut. He of course got miles ahead of me and I only caught up when he stopped near the hut for a snooze. 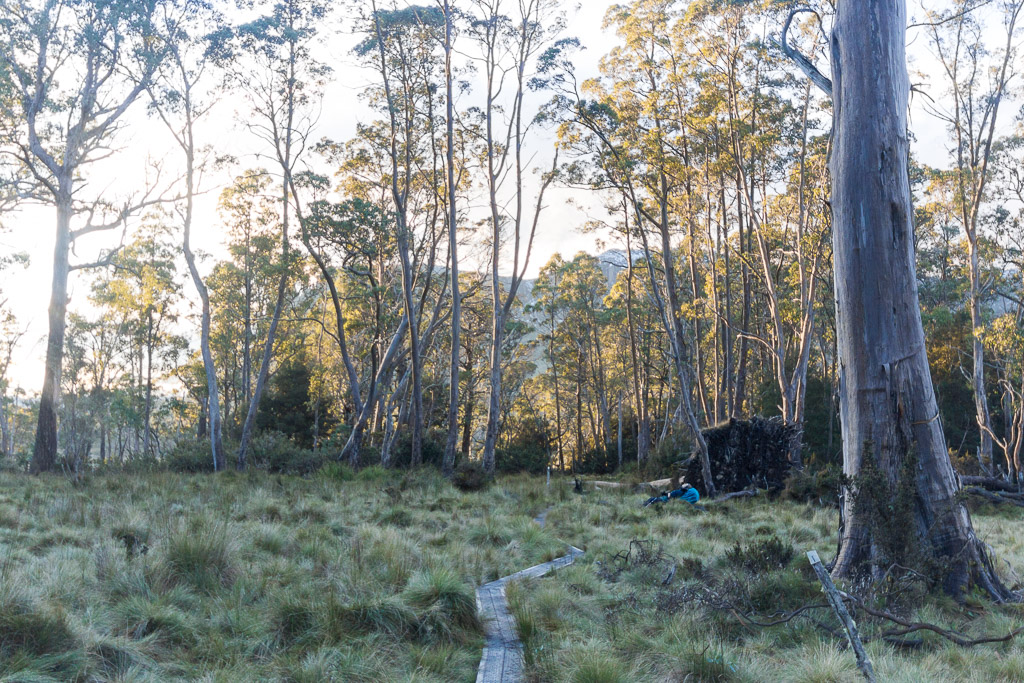 At least it was an uneventful descent as it was the first day where I hadn’t fallen over, which is quite a landmark. Pelion Hut is quite a monster in regards to huts and I don’t think I ever want to be there in summer when over 60 people might be spending the night. A handful of people were there, including some in jeans and runners, which was kind of stylish for winter walking.

There was a nice sunset over Mt Oakleigh nearby to finish off a quiet day. I went to bed with the iPod and ‘Street 66’ by Linton Kwesi Johnson was perfect to mellow out with. 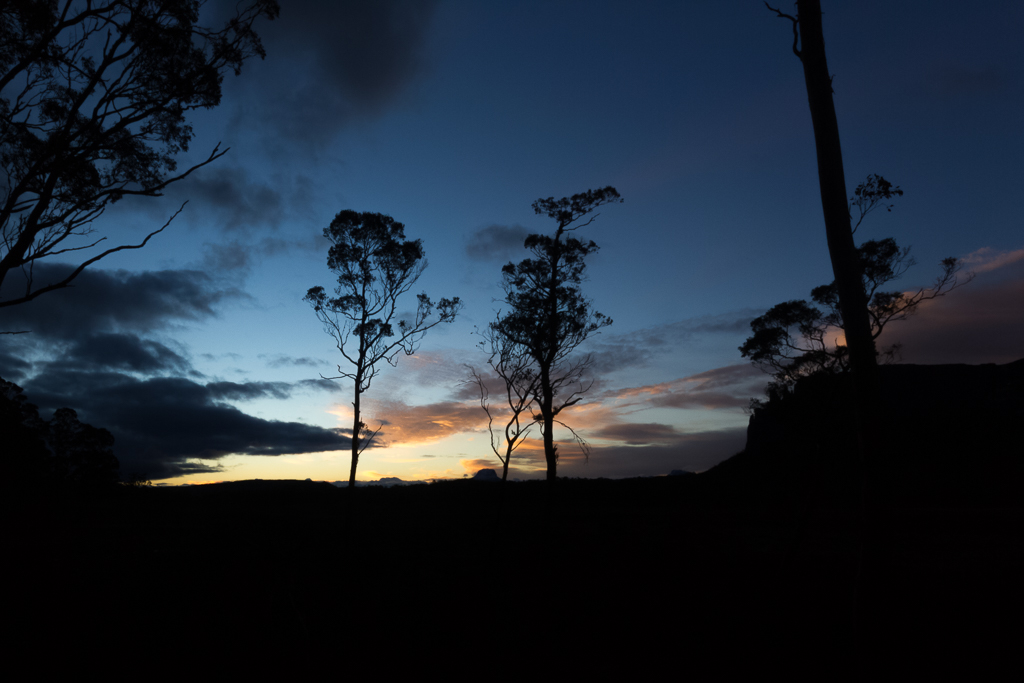