Welcome to 2014. You’re probably asking yourself, who the hell is the bloke above? Well, I’ll get to that in a minute, but first I want to waffle about what’s been happening.

Firstly, can I Ctrl+Alt+Del the year so far and start again? The long suffering reader who visits this blog will be aware the chump who actually writes this crap has been suffering even more than the reader. Wow, is this getting a little existential?

Anyway, my imploded neck continues to give me grief and it’s not helped by my neurosurgeon who still hasn’t come back from his holidays. No doubt he’s in Tuscany somewhere. I was thinking the other day, would you want to be the first patient after he’s had a long break? Maybe he’s still in holiday mode and is a bit rusty with his slicing around the jugular and spinal cord? Would he do a bit of practice on holidays? You know, on fruit or maybe a french-stick? I’d like him to chop up a few other people before he gets to me, just so he gets in the swing of it again, even though this pain in my arm is quite infuriating.

Oh yeah, here’s a good one about him. He has a PhD. Sounds good, right? Guess what it’s in? Yep, philosophy. Huh? Shouldn’t it be something to do with slicing and dicing? Maybe he slips in a bit of Socrates (for ultimate street-cred, just call him ‘the sock’) before an operation. My life was normal until I started this blog. Since then the blog title has become a self-fulfilling prophecy and just to get in the swing of this special philosophy edition, how about the best quote ever,

Remember my Viking Circuit trip? Well, that was my last hike completed in anger. Since then, the only walking I’ve done is the traditional sprint to the fridge or the comfort station. My total mileage for the year so far is… mm… let me think… about 350 metres? At this rate, by June, I may not fit out the door of my house and will require the fire brigade to knock a wall down and forklift me out. Oh well, maybe a sneaky cortisone injection into my neck can be slipped in and I can get moving again? Maybe I need something like heroin? Have there been many heroin-using hikers? I could write a book called, ‘On the Silk Road’. What do you think?

Well, that’s extremely overblown that. How about this post? Are you still wondering who’s the suave bloke in a suit rockin’ the cancer stick? It should be easy, as it’s my dad who died a year or so ago. I wrote this post in late 2012, but didn’t publish it. I ummed and ahhed, as I usually steer clear of personal stuff, but decided to do so now. In 2014, there might be a few more personal posts, as I want to break up constant trip reports a bit. Last year, I began to lose a bit of the blogging mojo and I think it was due to standard hiking write-ups. A few oddball entries will keep me interested and more productive in writing to a higher stratosphere of crap than you’ve ever seen before.

What made this particular post easy is I already had some ‘ye olde’ photos scanned. With the neck playing up, I wanted something simple I could bang out in a couple of hours than the usual, ‘all-week-to-write-one-post-torture’ method. Why is it so simple? Well, all I’m going to write is a summary of the eulogy speech I blurted out at his funeral. I’m telling you now though. It was a tough crowd, so I didn’t slip in any jokes, so the whole thing is pretty dry.

Do I start? No, not yet. I told Ben I needed something different to start the year. You know, keep the readers in suspenders. When I mentioned this as the post topic, he was aghast. “Are you kidding? Didn’t he die a few years back? Is this the most delayed eulogy in history?” I replied, “Yes”. It was a tough crowd in the chapel and an even tougher one in my lounge room. All the captions to the following photos are what’s written on the back of the tiny black and white snaps, as I’ve no idea who’s in most of the pictures.

Okay, I’m done. Time to start the most glacial post in history, as this was written 15 months ago. Not this sentence though. I wrote this today. Just like this one, which has no meaning whatsoever, but it’s a current sentence nonetheless. 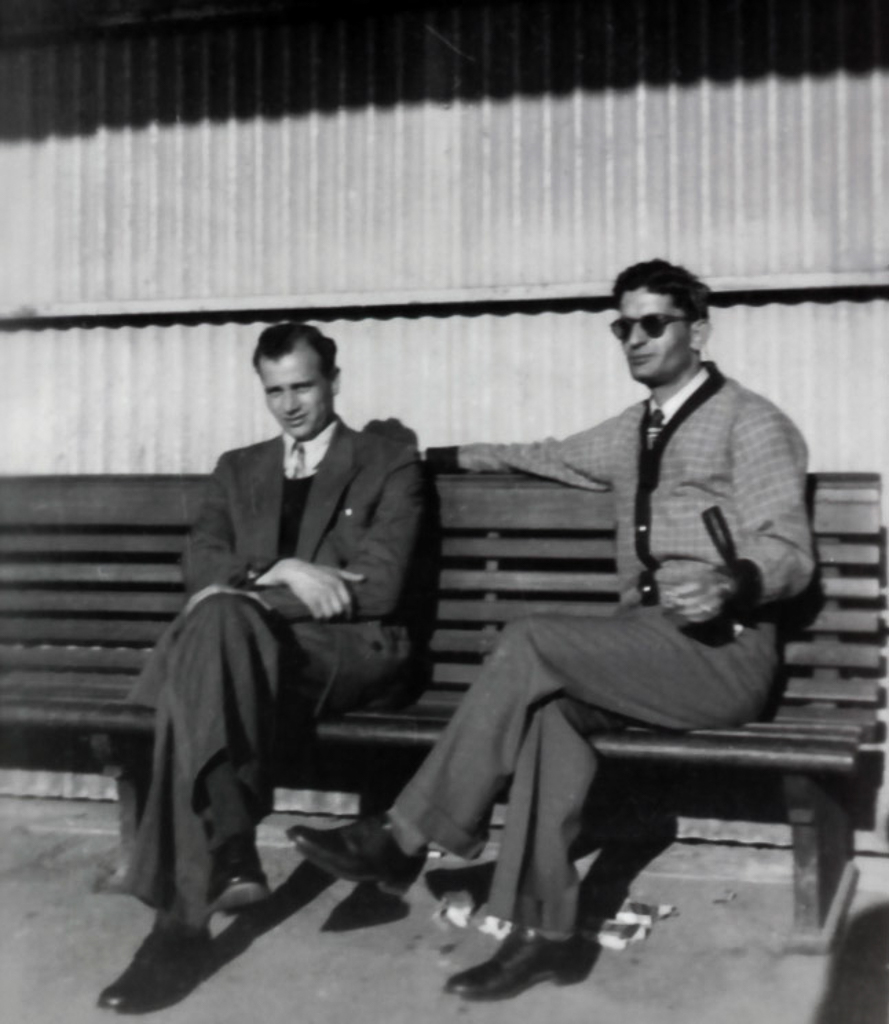 ‘Christodoulos Ioannou was born in October, 1922 in Lemithou, Cyprus, to Athena and Costa Ioannou.

Chris came from a working class background and his life was to change with the onset of the Second World War. He was a student when he enlisted in July, 1940 into the Cyprus Regiment, which had been formed by the British Army.

The family has little detail about his time during the war as Chris was a private person who rarely spoke about that period in his life. His army service book indicates he served in Greece between March and April 1941, before heading to Crete on the 25th April, 1941. Crete, was attacked by German forces in May 1941 and Chris was captured on 30th May.

According to his service book, Chris was transferred to Germany as a prisoner of war until the 2nd May, 1945. We know little about what he endured during this time other than he worked in factories for the German war effort (he did mention once he was bombed by British planes at night. That would have been a real hoot) and we have a grainy photo of Chris standing in snow and on the back it’s simply marked, ‘prisoner of war. Berlin 1943’. 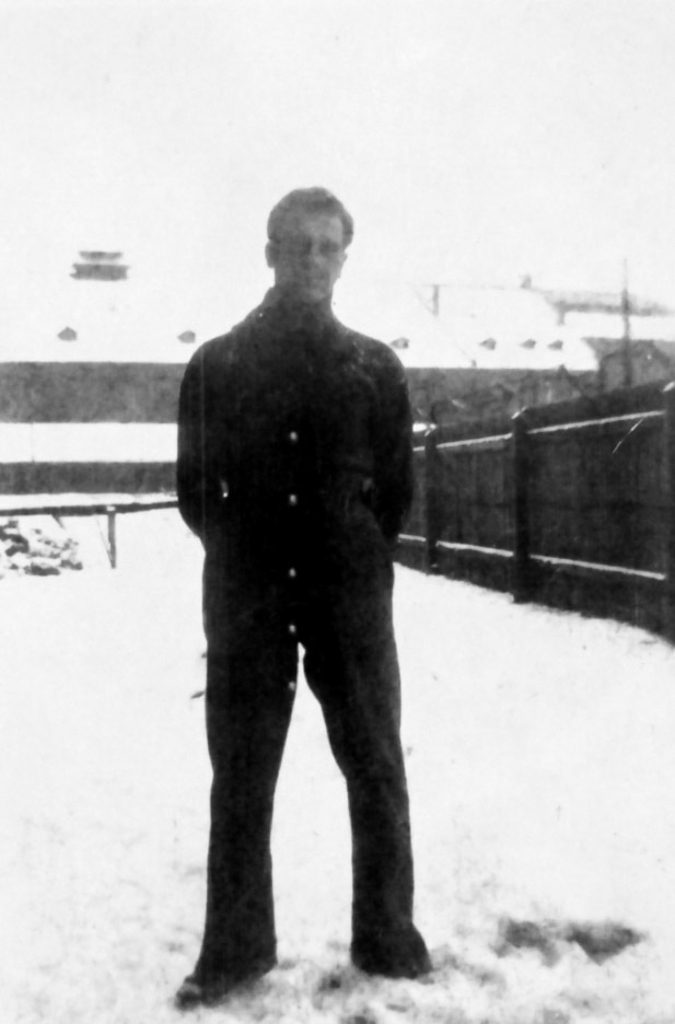 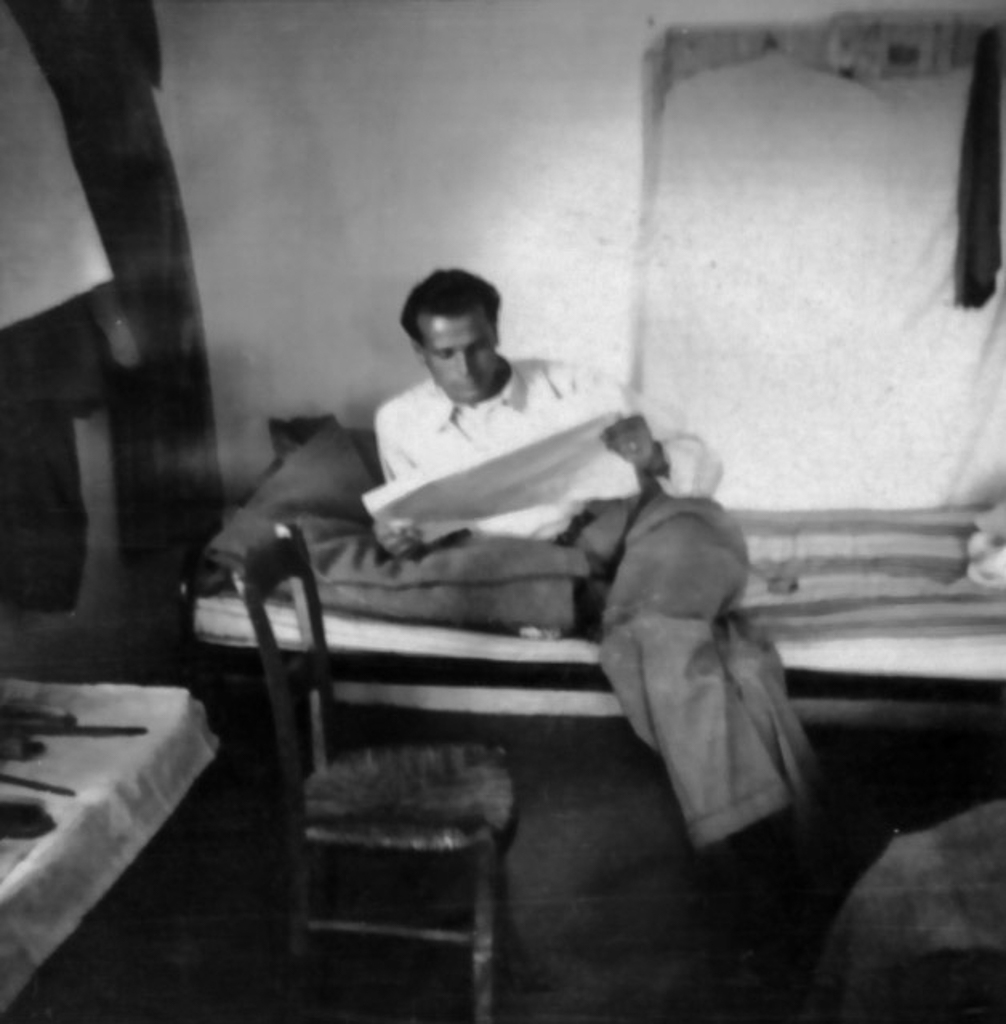 With the end of the war, Chris remained in the army and spent some time in England before being resettled in Cyprus. (I do like old photos. The feathery circle around Chris was already on the picture, but of interest to me is the faces of the others. Check out the blokes with the smokes.)… 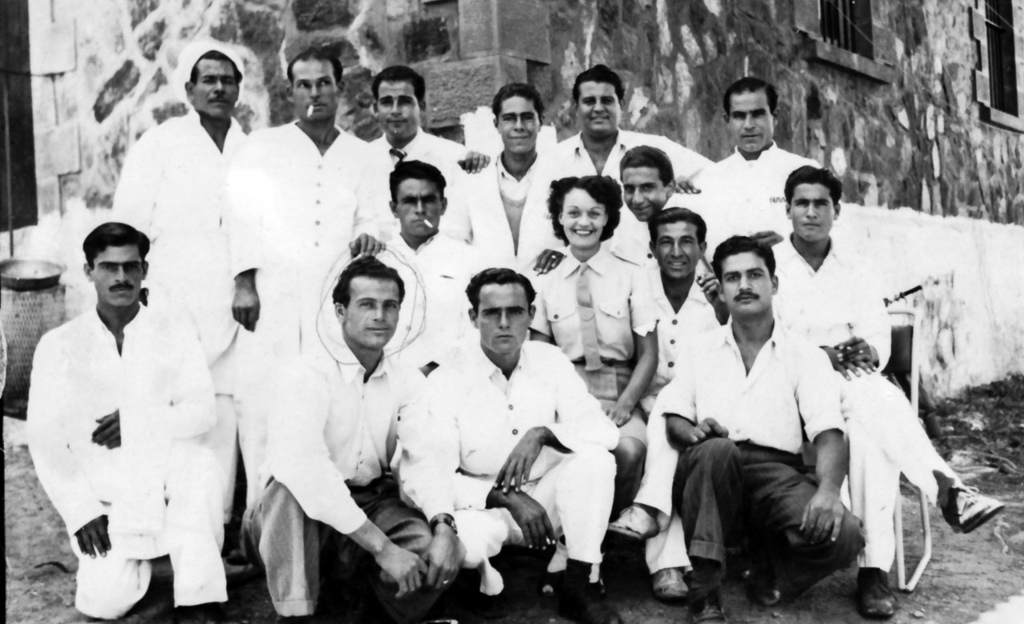 The next photo has a pretty inspiring caption. I’m sorry, but this is what it says… 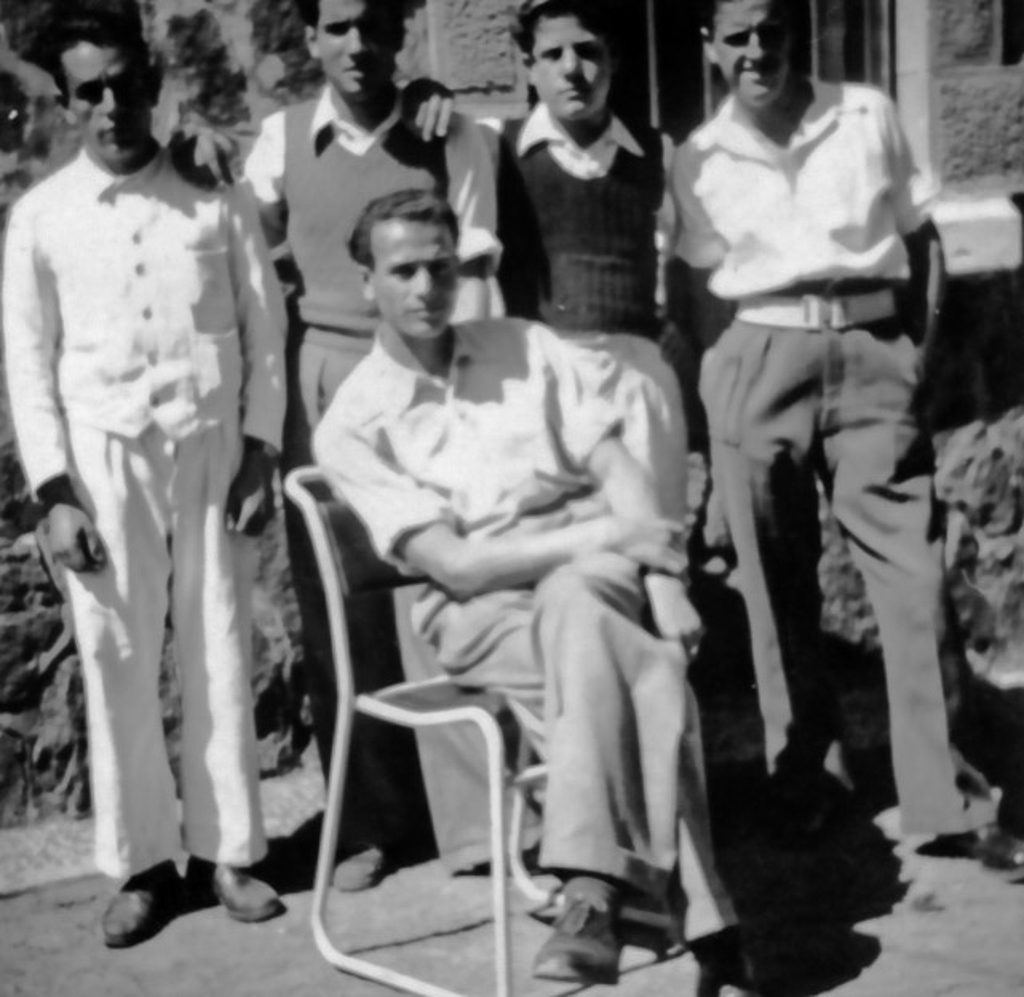 He was discharged in September 1946 and was awarded the ‘Africa Star’, which was a campaign medal for service in the operational area of Northern Africa. His service book notes on his discharge that Chris, ‘has been sober, honest and conscientious’.

What’s interesting is another document filled in by the resettlement officer at Limassol states, Chris is ‘anxious to immigrate to Australia and he’s a young man who is willing and sober’. (What’s with the sober references? Were blokes getting plastered all the time?)

In 1947, he obtained a British passport, before travelling to Melbourne in January, 1948.

Chris’ uncle was in Melbourne at that time and they both worked selling fruit in stalls outside the GPO in the city. Chris famously told me once that selling fruit is where you meet women, as they always want fruit and often ask for directions. (Mind you, this was possibly the worst pick-up story I’ve ever heard, especially the way he put it in his heavy European accent, “Greg. You want women? Sell fruit!!!”)

Apparently these are some of his fruit selling sidekicks. I’m only guessing this, as in another picture they’re holding… fruit. 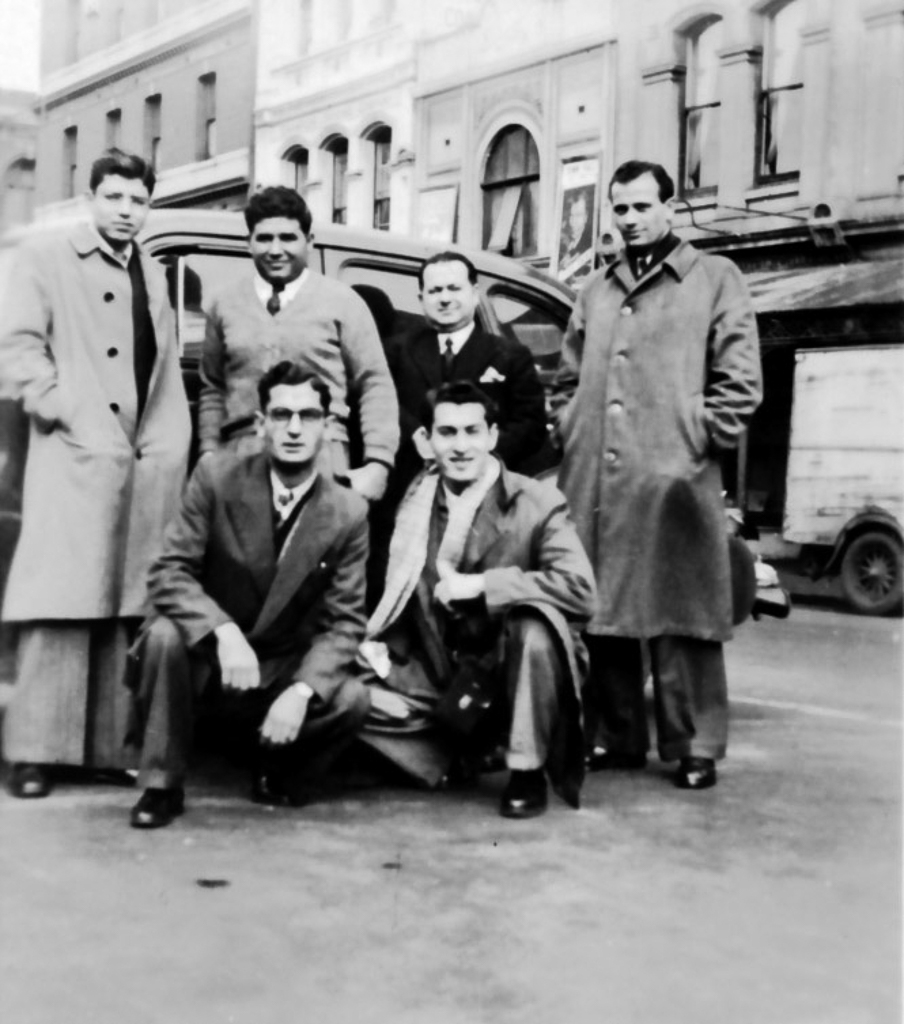 We’re not sure of the exact circumstances, but he met another immigrant from England, Winifred Evans in Melbourne. Judging by the numerous photos of the pair, their time spent together in the 1950’s was a joyous one and included numerous trips to various parts of Melbourne. There are photos of many places, which are still frequented by Melburnians today for leisure. St Kilda, Dandenongs, Kinglake, Warburton, Ballarat, Bendigo and Phillip Island. 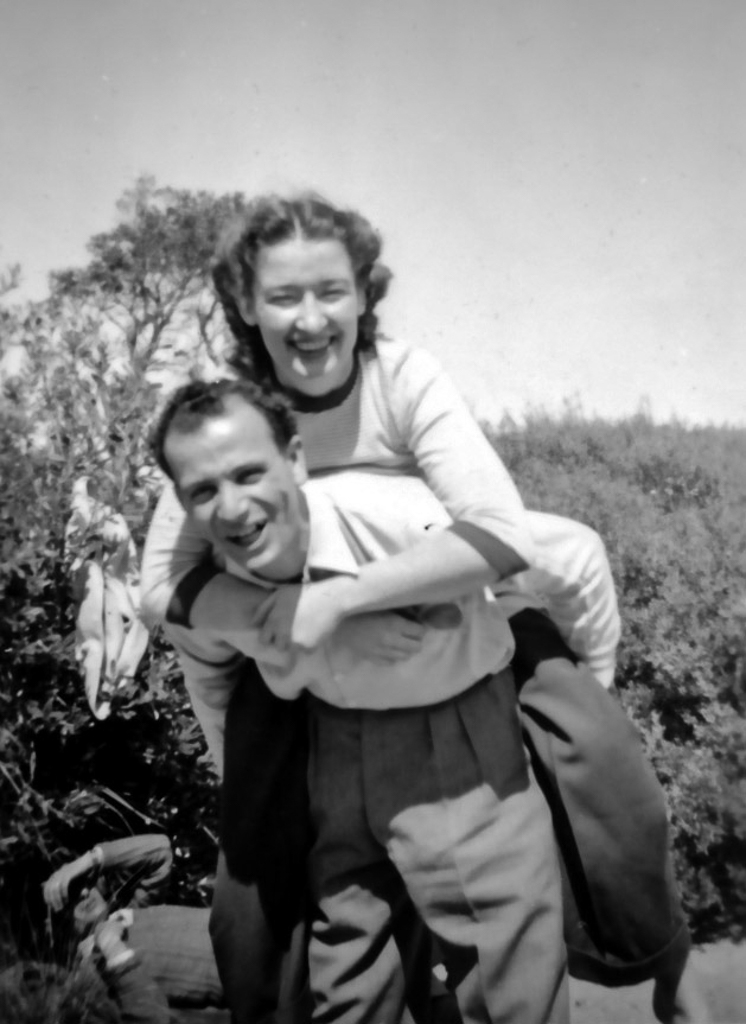 (Actually, just to throw in a random photo, here’s one I like. Mind you, the woman with Chris is not my mum, but what’s more important is I admire his eating method, as it resembles my own ‘hoovering’ approach) 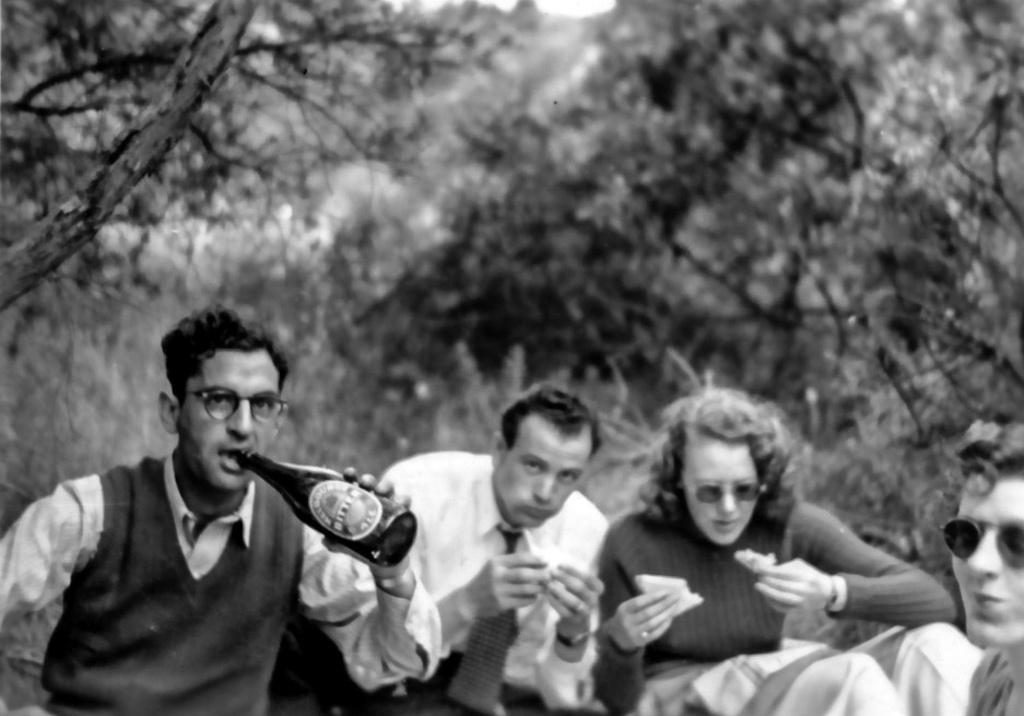 Chris and Winifred married in August 1953 and lived in Essendon. In November, 1957 he changed his name by deed poll, which I think the rest of the family would be relieved about, as the previous incarnation was a bit of a mouthful. 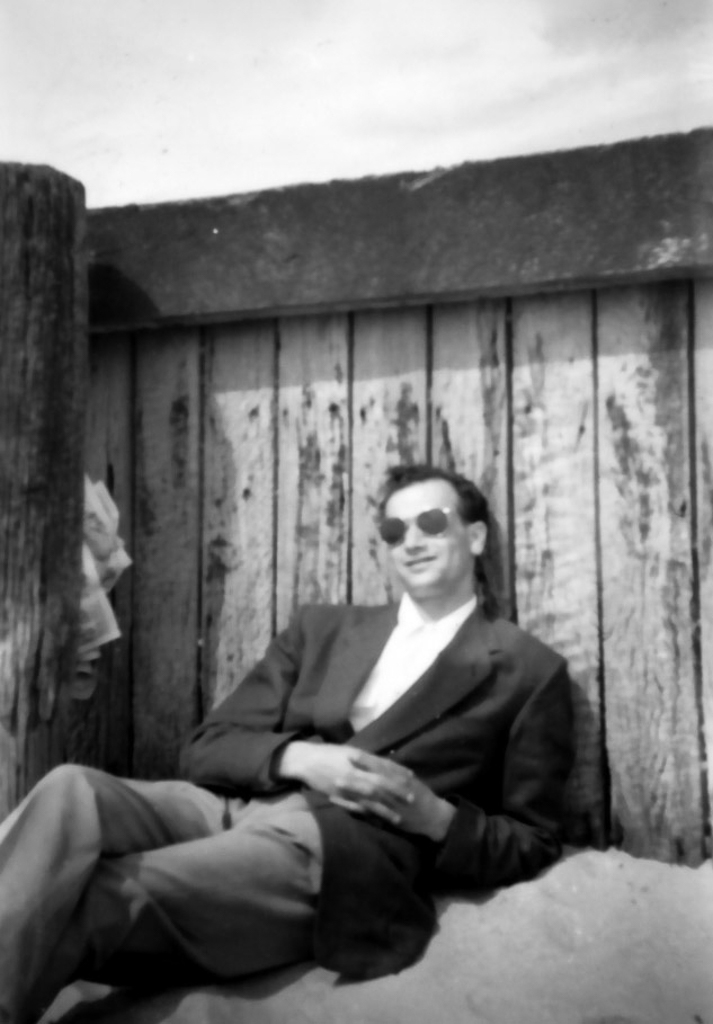 Eventually, they settled in Forest Hill and had three children. Chris worked as a storeman with Woolworths for over over 25 years.

He lived a simple life, but retained his liking for the outdoors. During the last ten years when his health was failing, one of the biggest things that disappointed him was the inability to go on daily walks. He really loved his walking.

After a couple of trips to Cyprus he resettled in the western suburbs where he retained simple pleasures, such as gardening and believe it or not, wrestling, or what he called ‘fighting’. (Actually, he’d cry out, “Where are the midgets? Why don’t the midgets fight any more???”)

His last couple of years were affected by memory loss and constant pain, so in some way it’s a relief he’s now resting peacefully.’

There you go. That’s it and how easy was this post? For me that is, not you. What are the lessons? Mine are time is ticking away and the bloody thing can’t be stopped. Get out doing stuff, because before you know it, you’re knackered. Barely moving and the joys once taken for granted are gone. Feeling the positivity yet?! The one thing I’m more aware of more than anything as I approach 50 is mortality. It’s right there, which is one reason this stinkin’ neck business is driving me nuts.

Anyway, I missed slotting in a few photos, so here they are, in no particular order. 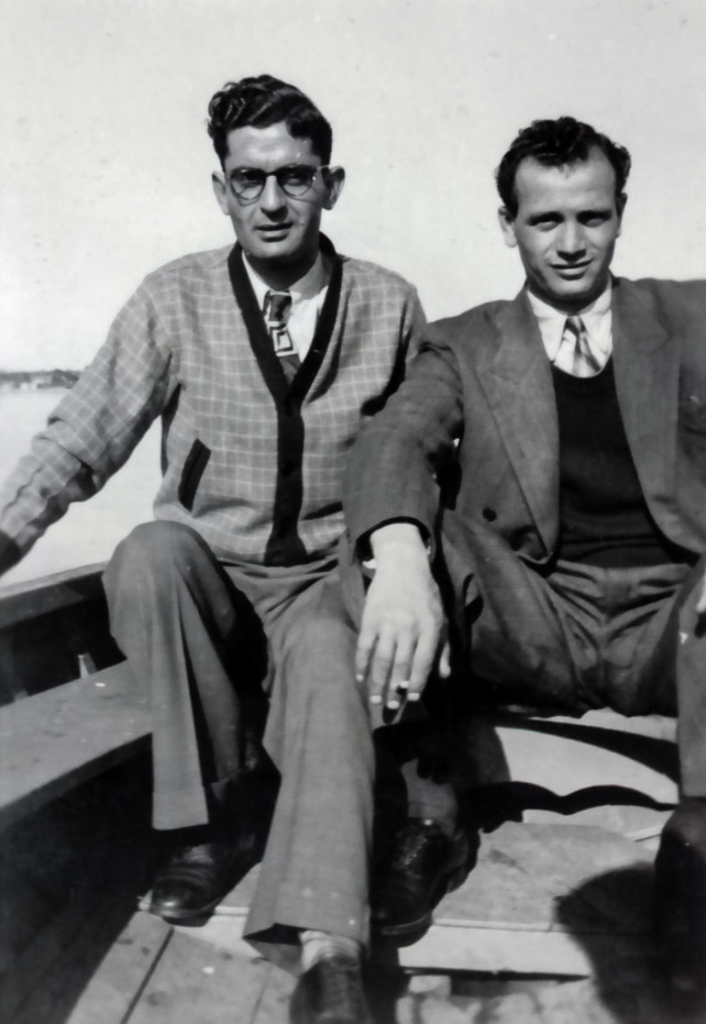 In signing off, this was a dry post, but at a later stage (not in another two years time, but I have to scan old photos, so you’ll have to wait) I’ll do a follow up, which will remember some of the weird and wacky stuff I remember about him. Mind you, I’d like to do one for mum as well, rest assured, it will be completely bonkers compared to this story.

I must say, I don’t mind a post about someone who would normally be lost in history. I think everyone should have something written about them at some point, otherwise when all are gone, who’s there to remember they existed? Time to go. 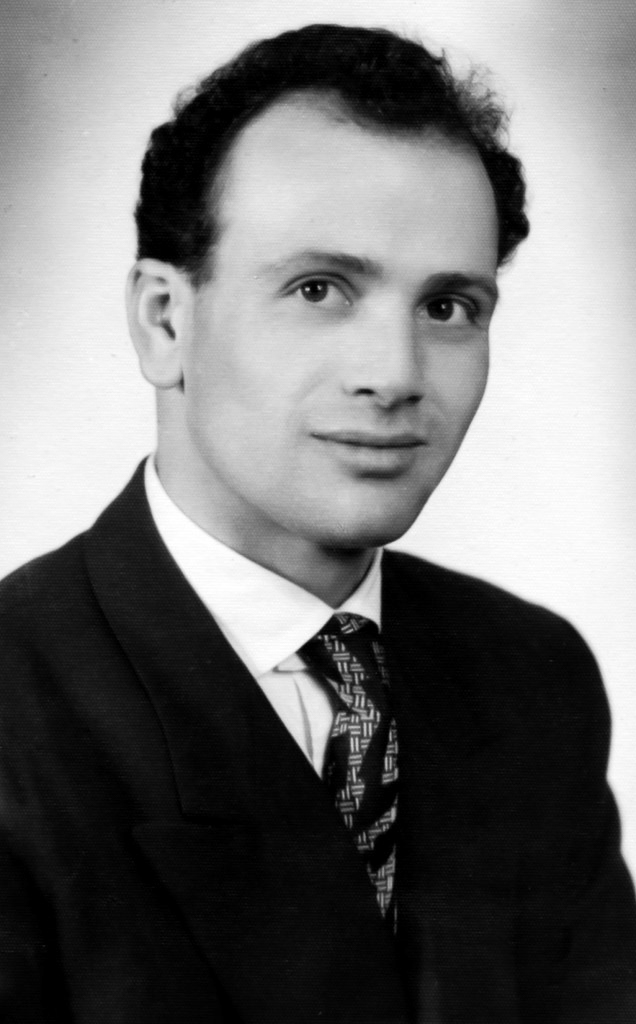