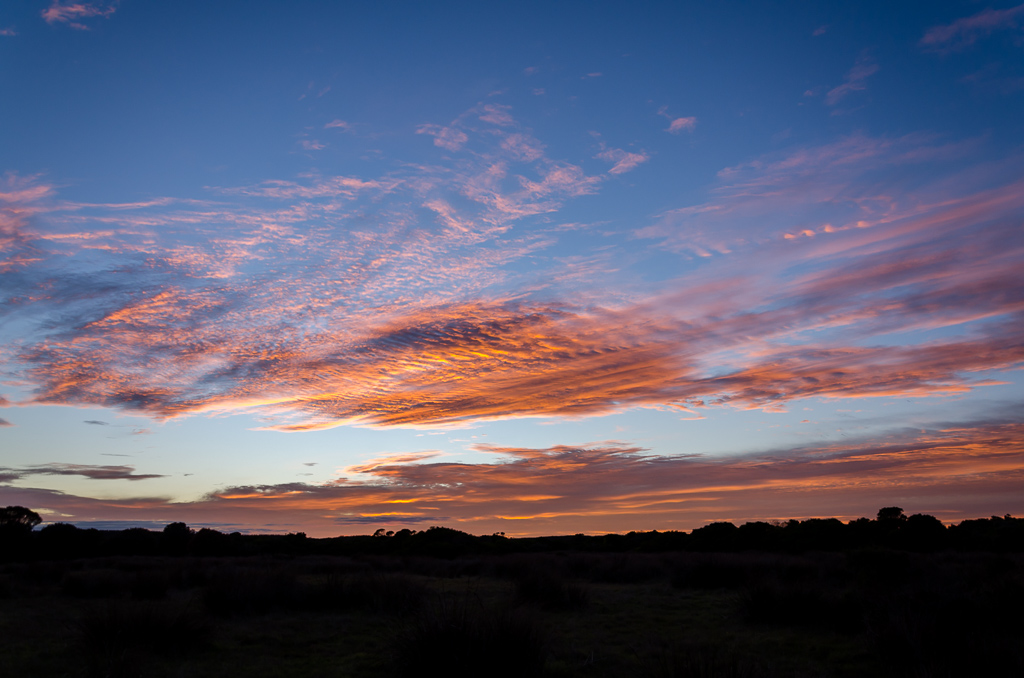 So here we are. Great South West Walk. Final thoughts. At last I can put you out of your misery. This is the final post about this walk I’ll ever write. Counting the first failed trip and now this one, it makes at least 20 posts describing the one hike. I don’t know about you, but I’m done. Mind you, this last entry is quite painless, as there’s only a few things to cover.

At 250 km the GSWW is the longest hike I’ve done, but certainly not the hardest. At first the distance sounded a little intimidating to my unfit body, but if I can do then anyone can. No one should be put off by the length, as it’s generally flat most of the way. Campsites have also been placed perfectly to break up the walk, with most days between 10 – 20 km in length.

I was more than happy to pick winter as the time to do it. Nothing beats a dramatic wintry coastline and there’s an added bonus of the cold days. Total hikers spotted on the entire trip? None. Nothing beats having a campsite to yourself. I cringed when I looked in some of the walker log books at the camps and only a few month earlier, noted groups of over ten people had passed through. I had that on my last trip on the Great Ocean Walk. A large group without even trying takes over a campsite and the shelter. If for some unfortunate reason I have to hike in a busy period I’ll be packing a ·38 pistol. Not for the other hikers, but to put myself out of my misery when I come across the first busy campsite. 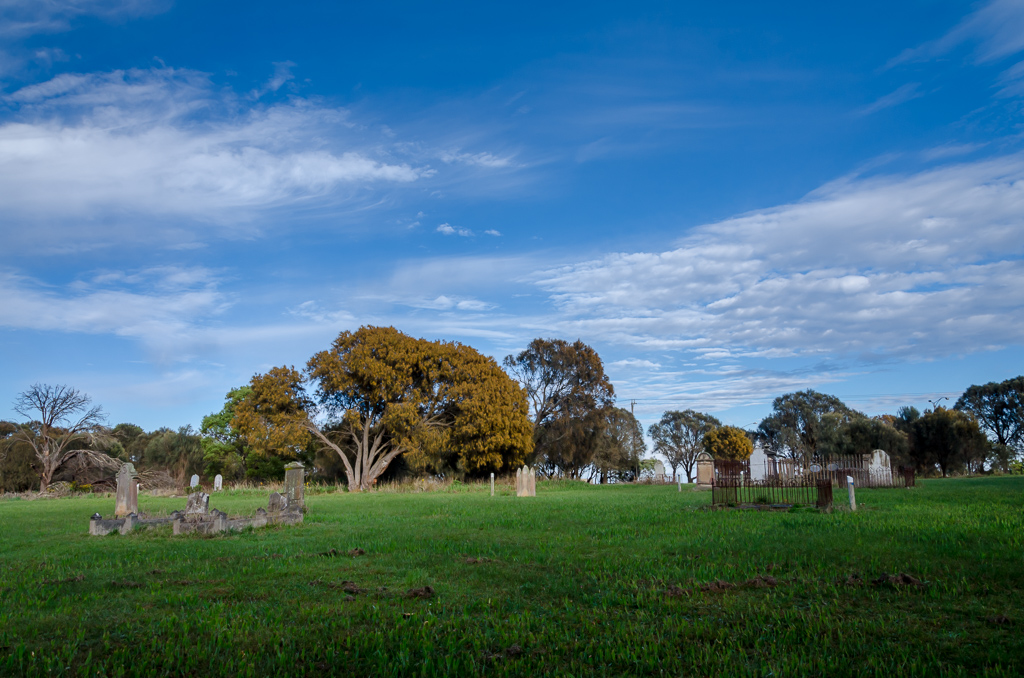 What do you need to know? Not much that’s not already covered in the GSWW website. The only thing I can mention which seems to be thin on information provided is leeches. I’m not sure if it’s only a winter thing, but the Cobboboonee Forest was crawling with them. I’m talking about so many, you can see movement across the ground. That’s how many I’m talking about.  I had walking notes from the John Chapman book, ‘Bushwalking in Australia’. It was in this book I got the idea about strolling through in a low-cut walking shoe, as he even suggests runners are fine.

Well, that idea ruined my first trip with leech warfare for the first few days. It was annoying, but not the end of the world. No, what killed the first tilt was I was struck down by multiple blisters. For no apparent reason. Then the lightweight shoes I’d worn on a lot of walks before hand decided to disintegrate and I was left in sandals.

It was all too much, which led to an abandonment, but lessons were learned, so I came back pronto for the second tilt. Full leather boots and gaiters were mandatory. As a result, they worked flawlessly. The odd leech was defeated by the gaiters and I was able to breeze through those forest sections in the early days of the walk. Who knows though, in the warmer months it might be plain sailing.

I’m a coastal walker, so my favourite sections were when the ocean was in sight. The first few days out of Portland were a bit of a drag, as the forest took on an endless sort of look. That changed though when Moleside camp was reached on the Glenelg River. It’s nice strolling from there until the half-way point at Nelson. The section from Pattersons camp to Nelson was one of my favourites for the entire walk, with the track following high on the limestone cliffs above the river.

What else? I did food drops for every four days of walking. Before the hike started I left one at Moleside, Nelson and Tarragal camps. It was standard fare of a plastic tub, which I sealed with duct-tape and hid in the bush camps (other than Nelson. That was left at the general store). The food drops worked well and are easy to do if you have the time. Only one campsite isn’t accessible by car and that’s White Sands.

All of the campsites are great. A three-sided wooden shelter, water tank and comfort station make hiking a breeze. My favourite camp was the one at the Springs. It may have been that particular day which made it nice though. A late afternoon sun was fantastic on the camp which is tucked up on top of the cliffs. Don’t forget though, Smuffin and I had come from Tarragal the previous night and that was a shocker. Not really the camps fault, but it poured rain and buried amongst the trees it was a gloomy old spot. Not to mention the road it was next to, with the odd car racing by during the night. 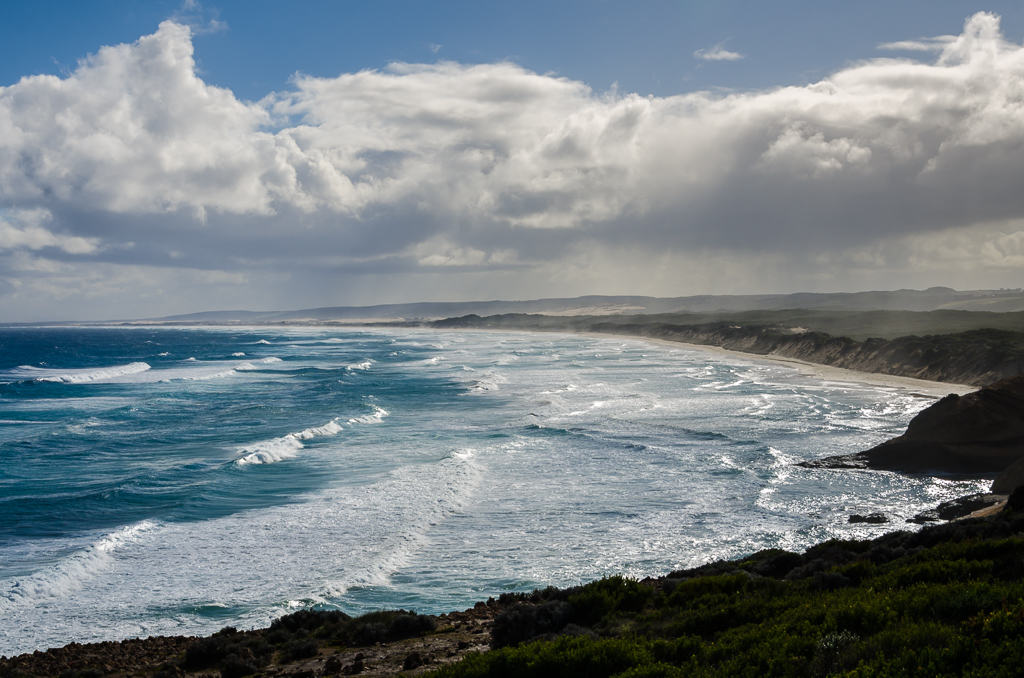 I don’t think there’s much else to mention that I haven’t covered before. If you want to know anything in particular, feel free to email me. The address is on the home page.

Upon finishing the walk, I wrote an initial overview. It’s titled, ‘Great South West Walk, Winter. Tilt No.2: An Overview’. Every post I’ve written on the successful attempt is in that post at the end. I’ve provided hyperlinks to them all if you need to find them in one hit.

If you’re really keen I did the same thing for the first failed attempt which involved the blood and resulting sandal with white socks fiasco. Guess what? Yep, it’s all in the post ‘Great South West Walk, Victoria. Tilt No.1’.

Final thought? I loved this walk. I don’t know why, but it has a low profile. Maybe it’s the length, or the location? I’ve no idea, but it’s superbly put together. The track is clearly defined, signed and marked. There wasn’t really any point where I was left scratching my head regarding a location. Even the beach sections were clearly signed where the track leaves the sand. There’s nothing wrong with some casual hiking, where you can let the mind wander and not needing to check a map or track ever five minutes. It’s that relaxing.

Oh yeah, I didn’t really mention the harder bits. By far it was the sand sections from Nelson to Swan Lake. Doing the hike in winter with the short day, meant we more or less walked no matter what the tide was. I can imagine on longer days one could hit the beaches at low tide only. That would definitely help, and unfortunately for Smuffin and I we never really had a ‘hard sand’ day.

The hardest day for me was Lake Monibeong to Swan Lake. The sand was soft and it seemed endless. Actually, that was day one of two draining ones. The next day from Swan Lake to Tarragal hurt the brain as well. It had to be one of the ugliest I’ve done of any walk as the track passed by pine plantations. We skipped Mount Richmond, as a sign at Swan Lake camp said the track was closed. I’ve no idea and we were going to check, but once heavy rain started we lost our mojo and headed straight for camp. I might have missed something special at Mount Richmond, but it would want to be pretty good for me to return for that particular section again! 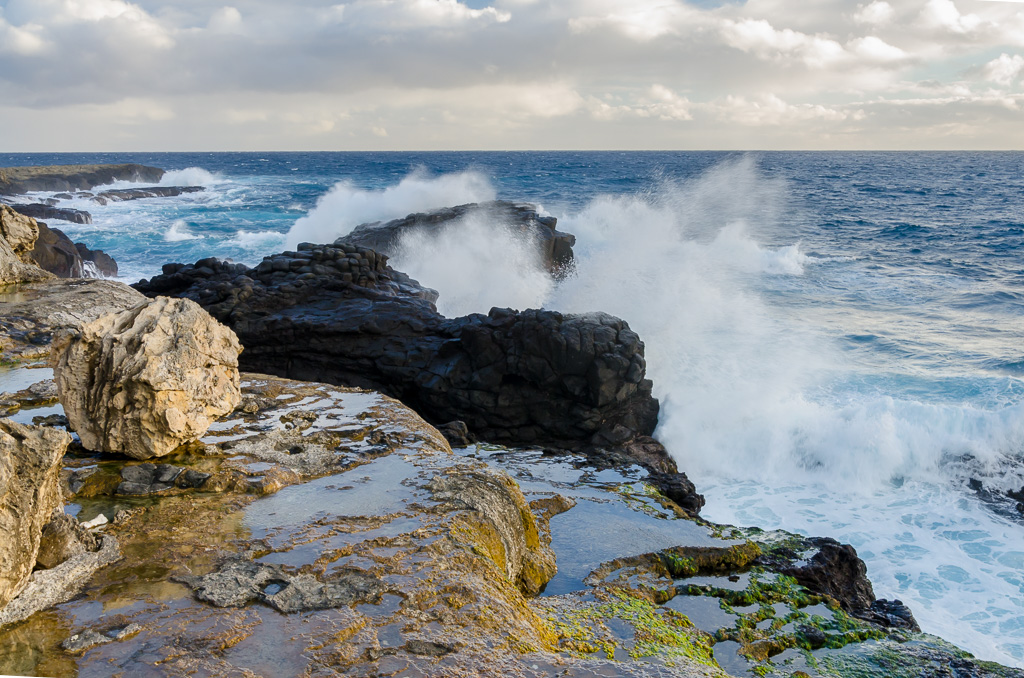 I must say, full marks to the volunteers who have put this walk together and maintain it. Depending on what their fancy, they should be rewarded with a lifetime of free foot rubs, or lemon tarts. I won’t keep explaining the hike, as it’s up to you to find out for yourself when you hit the track in Portland at the start of 250 km…