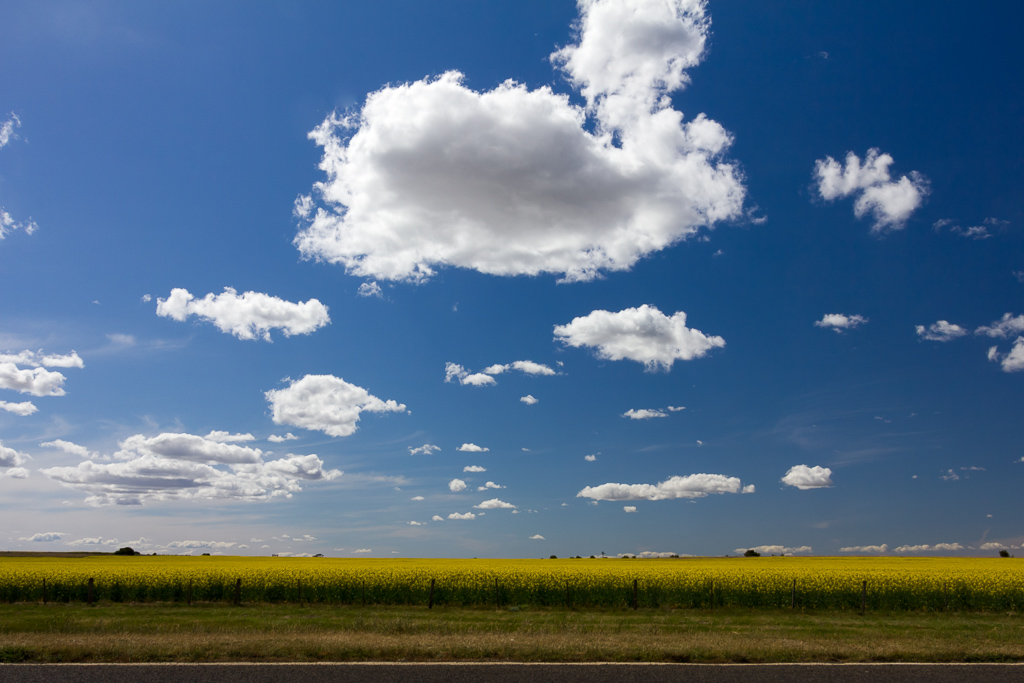 I thought I’d publish a quick entry now, instead of racing to finish another I’m writing, which seems to be taking ages. I guess the walk I’m writing up could be labelled ‘King Fiasco’, as it’s full of dramas. Falls, injuries and indestructible pant demolition are just some of the dodgy ‘highlights’ of that walk.

Anyway, I headed out the other day to do a day hike in the Brisbane Ranges, starting from the historic Steiglitz Court House. I was a little pressed for time, but I thought if I could make it by early afternoon I’d have a chance to get it done. Guess what? Directional fiasco crept in and of course I didn’t get to walk.

It all started as I was casually driving towards Geelong on the Princes Freeway with a turn off I’d already planned out in my head. The trouble is a lot earlier than the spot I was going to turn, a huge sign appeared saying, ‘Brisbane Ranges National Park, Next Exit’.

I did a bit of thinking and thought to myself, “Well, maybe I’m going the long way? There’s a sign here that means it might be more direct and erected by people who know what they’re doing.”

So, I turned off and entered a world of narrow roads and absolutely no signage to direct me to the park. The kicker to the drive being a failure in regards to time, was the triple whammy of what’s in the photo below. 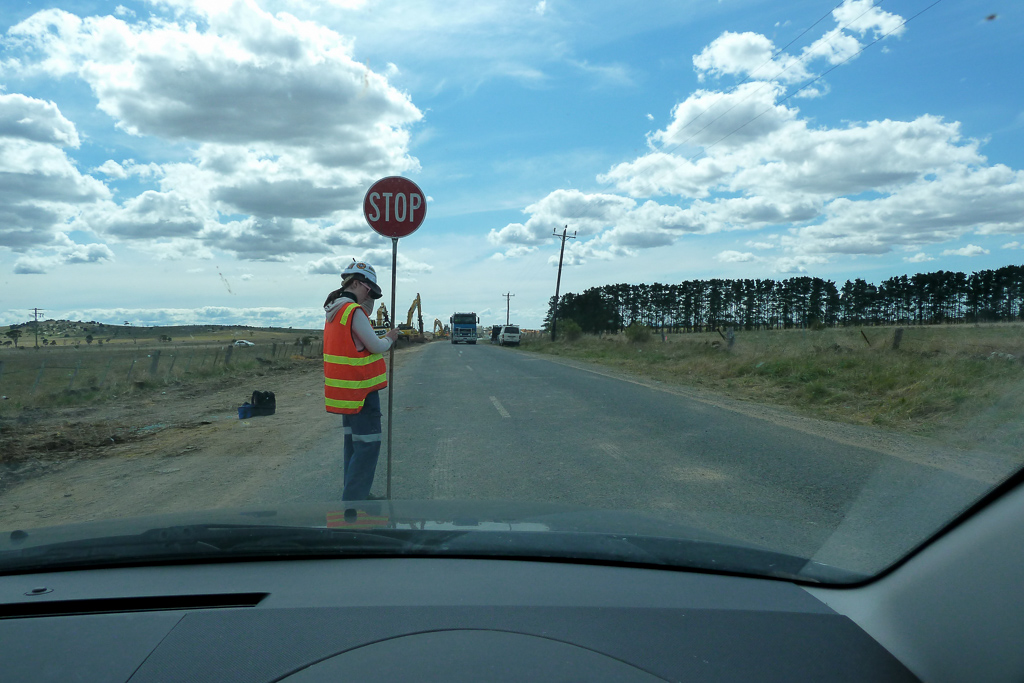 Yep, somehow I entered the world of eternal roadworks where I spent ages either stopped or cruising along at 40 km/h. I lost plenty of time and should have taken the road I was originally going to take, as my obedience to the ‘Brisbane Ranges’ sign cost me a walk. Oh well, there’s not much else to do in this neck of the woods than check out something a little historical. 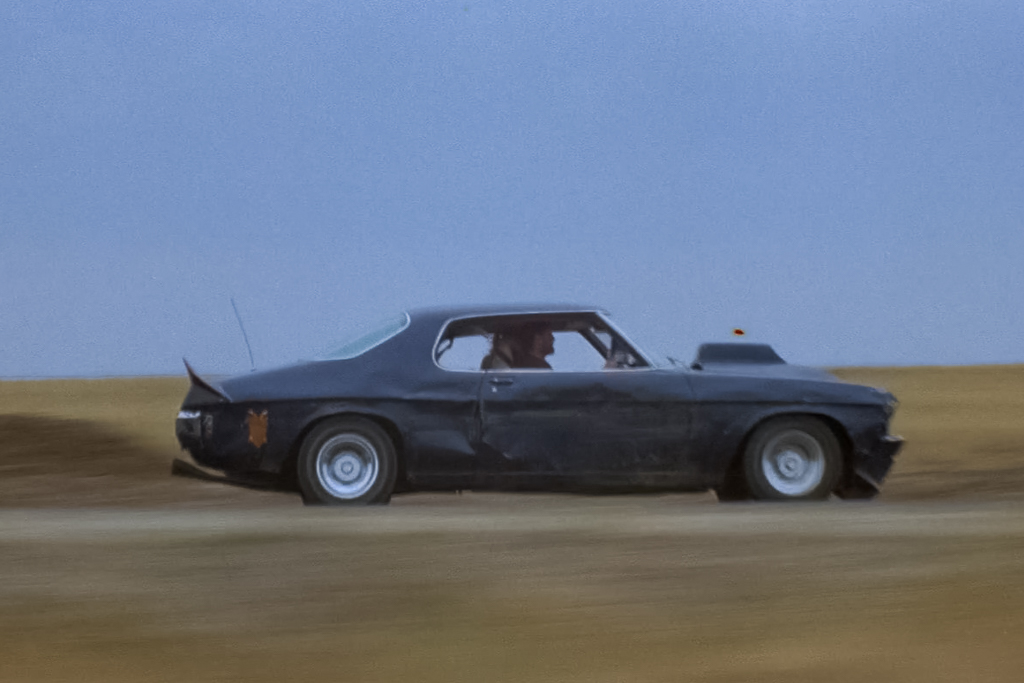 Remember what’s going on in the photo above? Surely it’s obvious? It’s Crawford Montizano of course, who’s renowned for some magnificently awful dialogue such as, “He is the Nightrider, cruising at the speed of fright!”

This scene from the opening sequence of ‘Mad Max’ is a highlight of my teenage years. It was my first ‘R’ rating movie I saw as I went into the city one day and I guess I’ve watched it a million times since. It’s definitely an influential movie and I still don’t get bored with the corny, ridiculous dialogue. What other movie will include such daft lines such as, “You’re blaspheming again. I don’t have to work with a blasphemer” slipped into the middle of a car chase sequence? 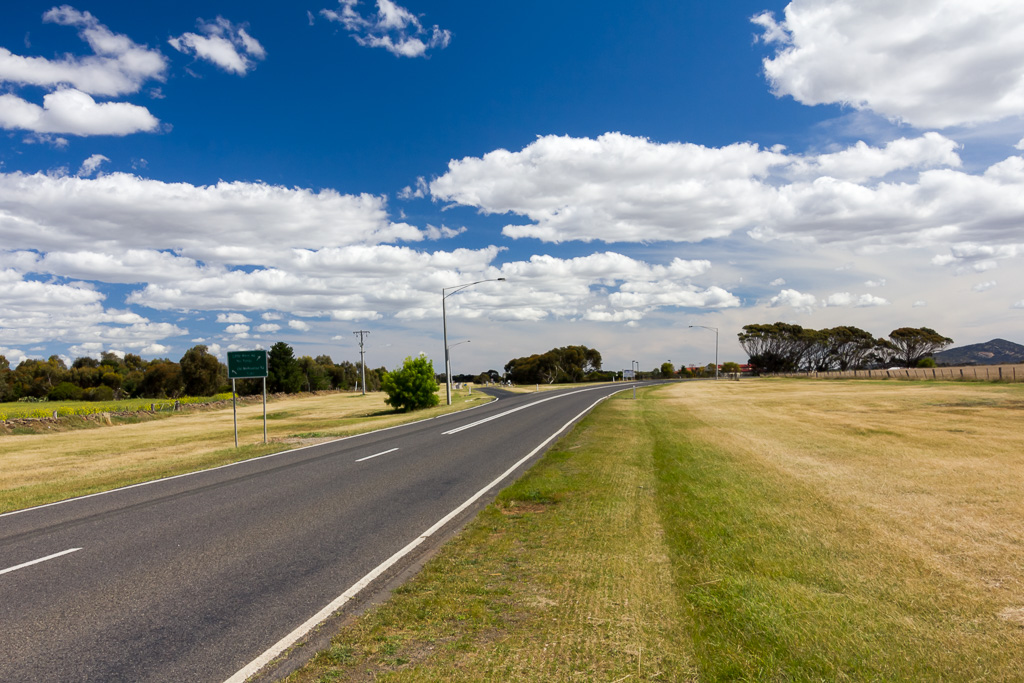 Mm… The intersection up ahead looks familiar.

What’s worse when I write this is I can remember all of the dialogue and know a lot of the places where it was filmed. In fact, in the opening sequence of Mad Max, the Nightrider is heading towards a spot I’d been to before and just happened to pass again on this day of the failed hike. 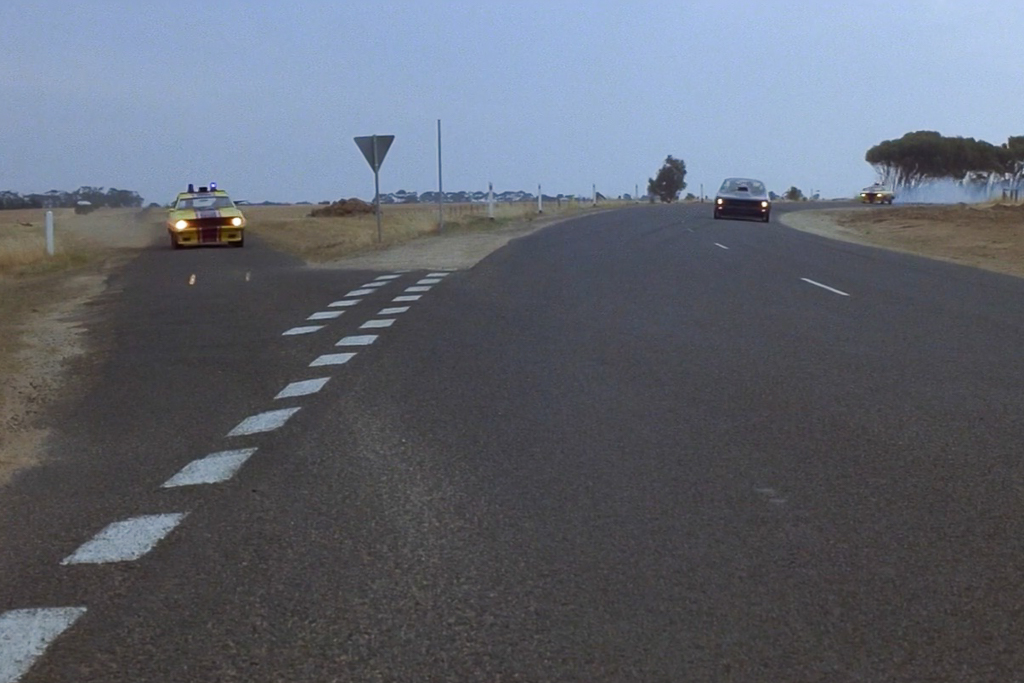 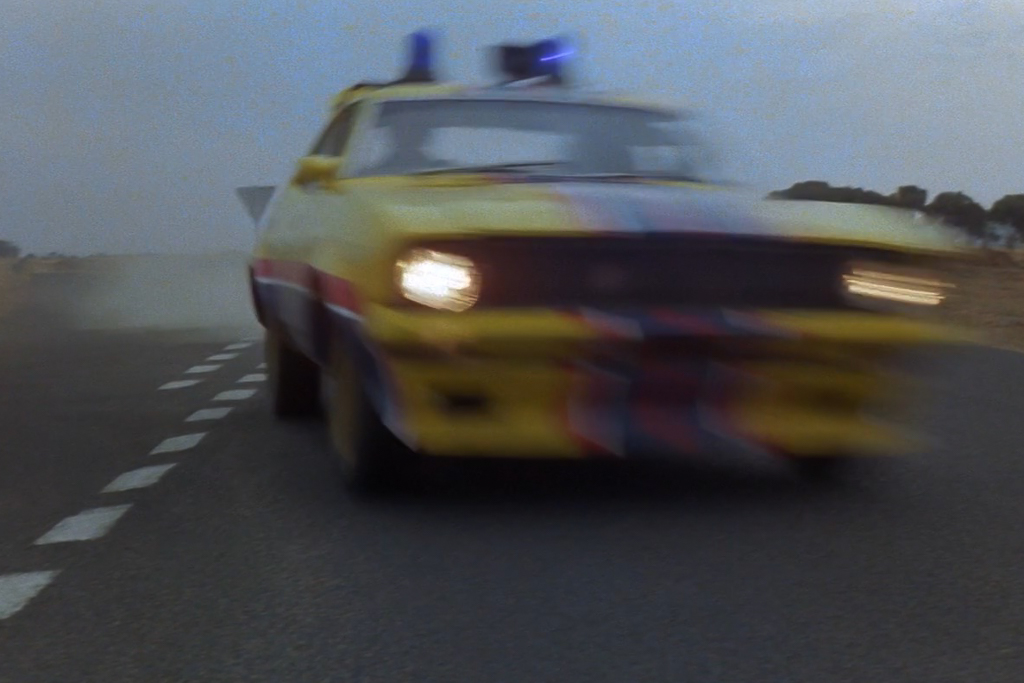 Close call, but they miss (of course).

That my friends is it. A bit of work on the main road, but the road that feeds into it looks the same as it did back in 1979 when the movie was made.

Yeah I know, it’s not exactly a location from ‘Citizen Kane’, but this will have to do. You know what’s worse? I know a lot of other places where Mad Max was filmed and I might include the odd entry now and again just for my own entertainment. Let’s continue on a little bit.

I love the look of horror on the Nightrider’s face when he realises it’s Mel Gibson chasing him down. “Oh no, that crazed racist is behind me and I’ve got a box of Teiglach on the back seat!”

Hang on. That’s not Mel Gibson driving. What’s in the back seat? A camera?

You know what Nightrider? I would have driven into that road block at high speed as well, rather than having Mel Gibson’s mitts all over me. 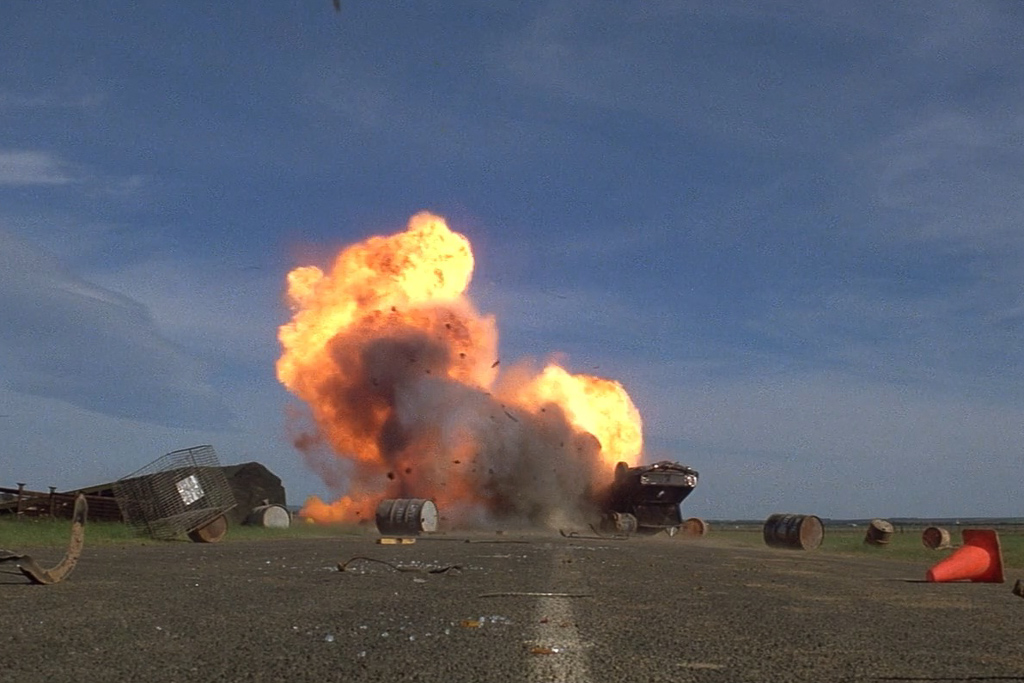