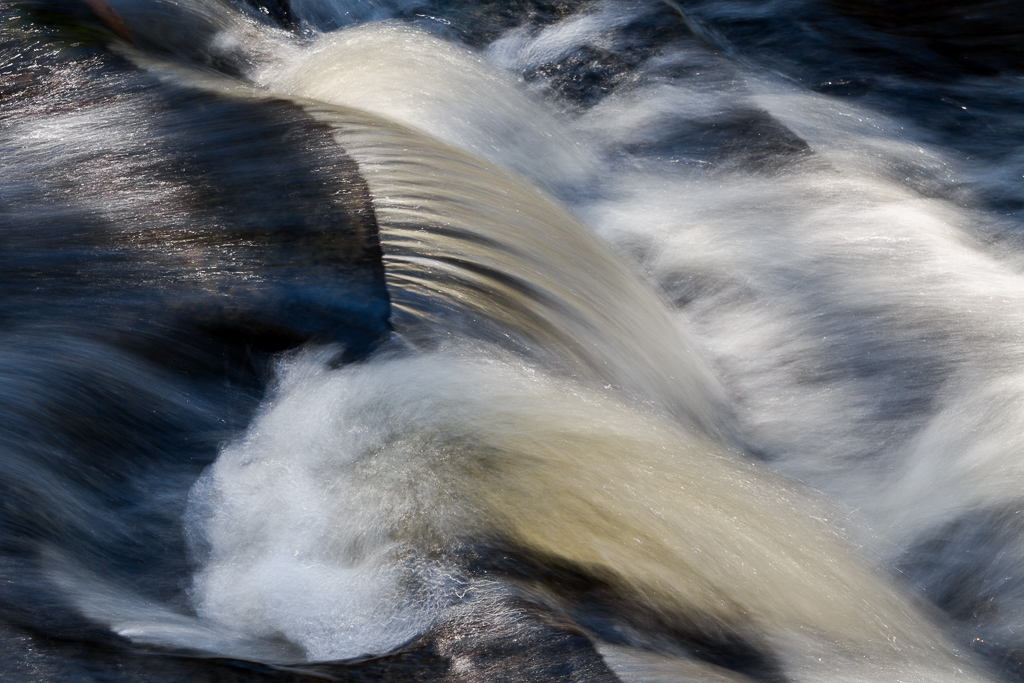 Okay, we had the book by Glenn Tempest called, ‘Daywalks Around Melbourne’. It made sense to open at page one and select the first walk on offer. Cumberland River Walk, which was a 11 km circuit within the Great Otway National Park.

The weather was a little warm, but within my range of survival. I roughly knew where to go, as it’s off the Great Ocean Road on the coast where I’ve travelled a million times before. This bred the usual, ‘she’ll be right’ thinking on my behalf. I figured it would take about an hour and a half to get there and with daylight saving it wouldn’t be getting dark until 8.30 pm at least. Ben and I didn’t leave until roughly 1.30 pm, which may have been a little later than ideal. Oh well, no problem.

I planned to take my pack with me to keep me in the ‘pack carrying’ frame of mind. I didn’t load it up, but I took four litres of water for the both of us and various odds and ends. I had the GPS, Jungle Jellies, 2011 IKEA catalogue and the PLB (Personal Locating Beacon) as mandatory items. I thought about wearing runners and shorts, but in the end I went with my usual leather boots and long trousers.

We made good time driving and the aim was to start from wherever the book told us. Well, the book told us to begin at Cumberland River Reserve, which was outside Lorne. We stopped briefly, as I was starving and ended up getting a snack at some place called ‘Jums’. I really just stopped as I was intrigued what a place called ‘Jums’ might sell. Well, it wasn’t very earth shattering. It’s a chicken shop.

Once full of Jums, we continued on and really, I must be getting dumber as I age. I didn’t even consider Cumberland River Reserve was a full blown camping ground complete with caravans. Apparently, as one gets older one gets wiser. Well, I feel like my brain is blancmange at times, as I’ve no idea why I thought the start would be a track leading off into the river gorge.

After seeing the camping area, I assumed we’d missed the spot where we were meant to start. I then turned around and drove back the way we came until I saw a turn off to Sheoak Falls car park. This was the spot the walk was meant to finish. Feeling a little confused, I elected to start from the finish and surely by the end we would find where we were meant to be at the start. All a bit confusing, but it was some sort of plan. 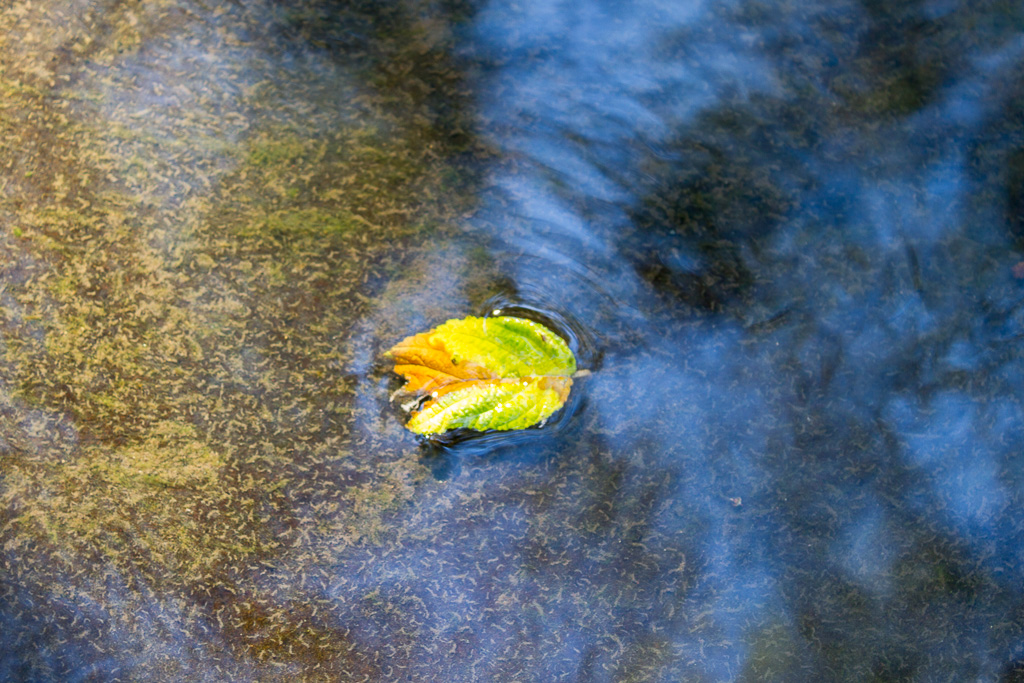 The book listed the walk as ‘moderate’ and is about 11 km, as it goes on a bit of a circuit through the bush. On went the pack and although it was feeling a little light it had enough in it to give me the idea. We walked up to the start of trail and were met by a Park’s Victoria sign telling me the walk to Sheoak Falls was closed due to flood damage.

Consulting my trusty book, I was informed Sheoak Falls was the first stop. I certainly hadn’t driven all that distance to not do the walk, so I we elected to go on as far as we could. I thought nothing could be too dramatic, so we powered on and found the turn off to Sheoak Falls fairly quickly. In the direction of the falls we could hear a woman constantly squealing, so we were definitely going to have a look to see what the fuss was about. 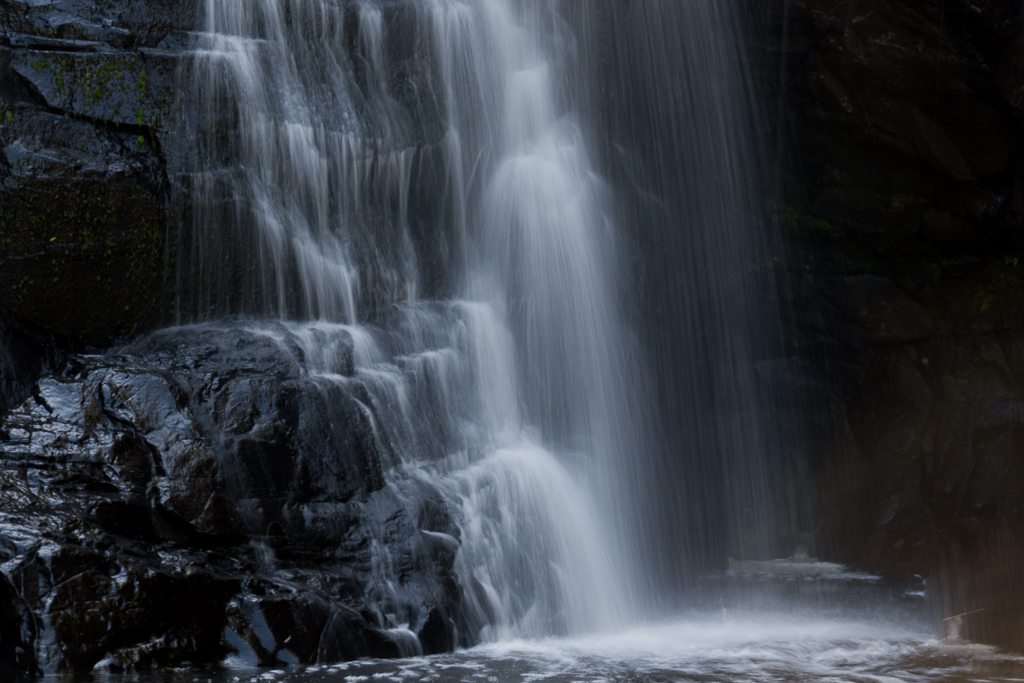 We didn’t have a problem finding the falls with all the screaming going on. When we did, we found a girl was swimming in the pool under the waterfall which must have been freezing. Two blokes were sitting in the shade under some rocks watching her non-plussed. Well, I guess one person out of three having fun isn’t too bad. We didn’t stay long, as the two blokes were staring at us as if we just arrived on a flying saucer. Give me nature, but don’t give me an eyeballing.

Anyway, off we trudged and it was now uphill walking. Ben started motoring up the hill, whilst I was shuffling behind. I was now on my own and I came to a turn-off, which was fenced off by Parks Victoria again. The turn-off led to a spot called ‘Swallow Cave’, which is a spot for migrating birds from South Africa in spring. Well, I wanted to have a look, so I stepped over the fence and walked a short distance to see the cave. Yes, it was a cave, but it was pretty low key. I guess it would be more entertaining with birds flying in and out. 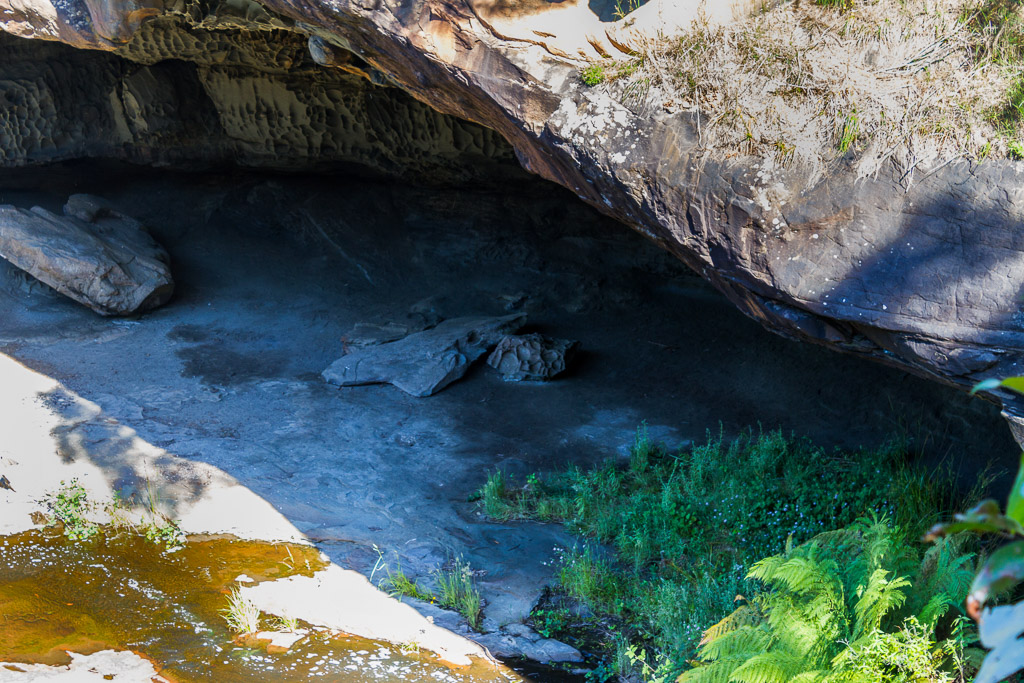 I back tracked and set off uphill to a look out called ‘Castle Rock’. It was quite warm now and I was getting a bit of a sweat up. Ben wasn’t anywhere to be seen, but I did see his boot prints now and again, so I knew he was up ahead of me. I was quite proud of my tracking skills as I came across him at the top of the hill which was a turn off to ‘Castle Rock’. I was interested to see that someone had amended the sign to say, ‘Castle Crock’. My interpretation to this was that someone thought the lookout was crap!

I dropped the pack and we set out to have a look. Following a path, we reached a point where the track suddenly dropped off down a steep hill. Um… Where’s the lookout? I guess it might have been further ahead, but it seemed strange to walk all the way uphill to go to a lookout which was down hill. We were surrounded by trees and although we could see the coast at a distance we elected not to go down hill. I was thinking it was ‘Castle Crock’ indeed!

Looking at the book, it seemed to indicate there would be no more uphill sections, so it was downhill all the way. We did come across a sign pointing to our destination of Cumberland River, but it said ‘Experienced Walkers Only’. Ben and I looked at each other and thought the same thing. Is that us? What does experienced mean? The fact I was carrying a pack made me feel experienced, so we followed the trail which was now a downhill zig-zagging number.

I then became aware of some really prickly weeds, as I brushed my hand across one and was left feeling as if I had pins and needles. Yep, it was nettle world. Truly, what an annoying plant. I was lucky I was wearing my long shirt and trousers as the nettles were everywhere. Ben had gone the wild-man approach with pants rolled up, but after being assaulted by a number of nettles he was soon rolling the strides down. After some good down hill walking we reached the Cumberland River. It’s a lovely fern lined river as well. 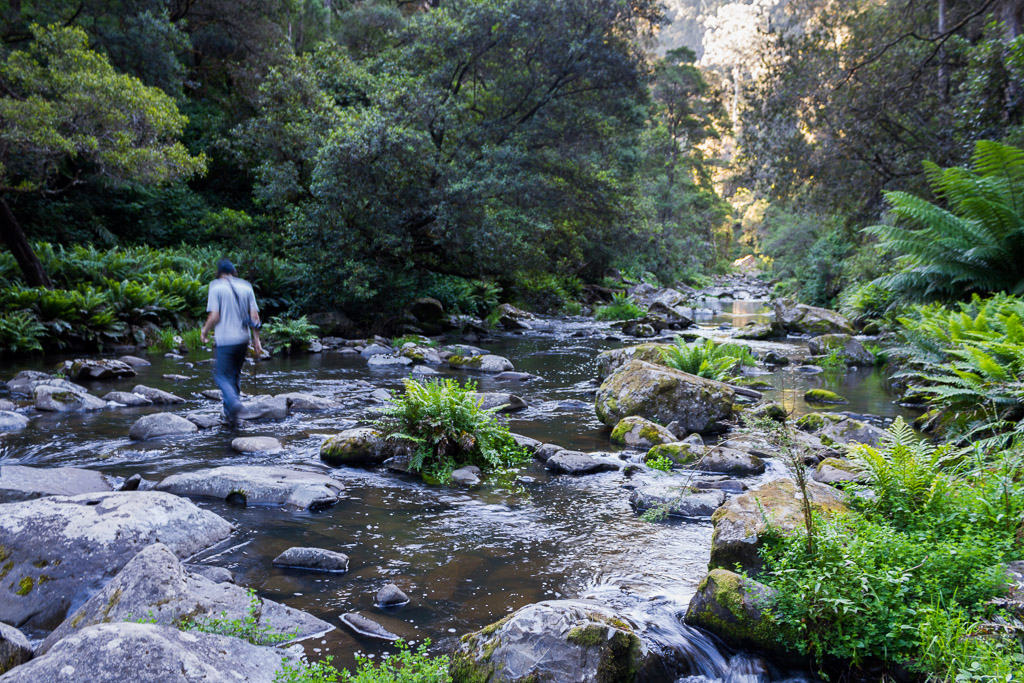 We now had a walk up the river to reach Cumberland Falls. The path criss-crossed the river a number of times and I was concentrating as much as I could. Knowing my clumsiness I didn’t want to slip on a rock and end up in the river just for my camera’s sake. I was impressed by the feeling of remoteness, plus my balance. I was zipping across the river with no problem.

I was noticing the time though and I began to think we should have started the walk earlier. I’m finding that ‘late starting’ is a constant theme of writing this blog. The sun was getting low in the sky and although it wasn’t panic stations, we couldn’t linger too long, as I wasn’t sure how far we still had to walk. It reached the point where we stopped and elected to go no further.

Yep, we didn’t make it to Cumberland Falls. Apparently they are great, but we missed them! We did stop for a relax on some rocks in the river and take a few photos. It was very peaceful and I would have been quite happy to stay there for some time. 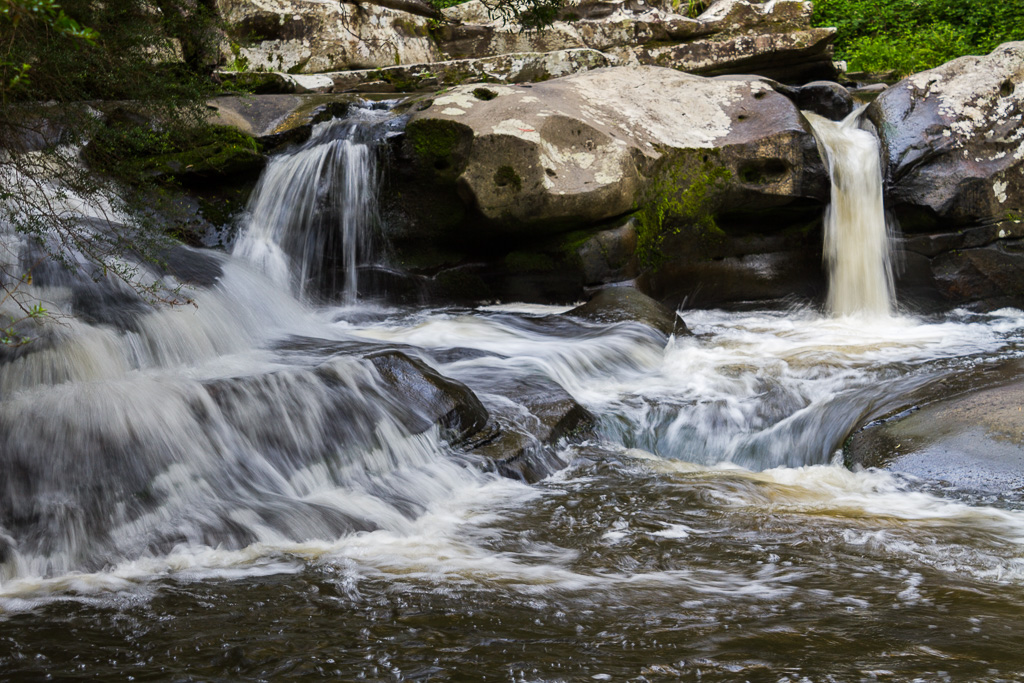 No matter how good it was, we couldn’t stay forever in the relaxing spot, so we headed back along the river, as it eventually reaches the Great Ocean Road. It was fairly simple walking with the odd river crossing to keep us entertained. I never really thought what the river would have looked like in the preceding years of drought. I can imagine there would be barely a trickle of water running, so I think we had the best of conditions. Plenty of water which would be refreshing to wade in if it was really hot.

I guess I was surprised to walk around a corner of the river gorge and suddenly see dozens of punters sitting in chairs with tents, 4WD’s, beer and barbeques happening. We left wilderness and suddenly we were on the Gold Coast. Oh well, all good walks have to end somewhere.

We strolled through the camp ground with people staring at us. Again, it was a look, as if we just hopped off a low flying UFO. We kept going until we reached the Great Ocean Road. I now realised this was the Cumberland River Reserve we were meant to start at! We now had a twenty minute walk next to the road to get back to the car. The sun was setting by this stage and it was a chance to take a few more pictures as the light was fading.

Whilst stopping at one roadside look-out, I noticed a pair of thongs on the ground. Not just any thongs, but a pair of ‘UDL’ ones. These ones were top shelf in a snappy pink colour. I always see thongs everywhere. Why aren’t they on people’s feet? Why is this? 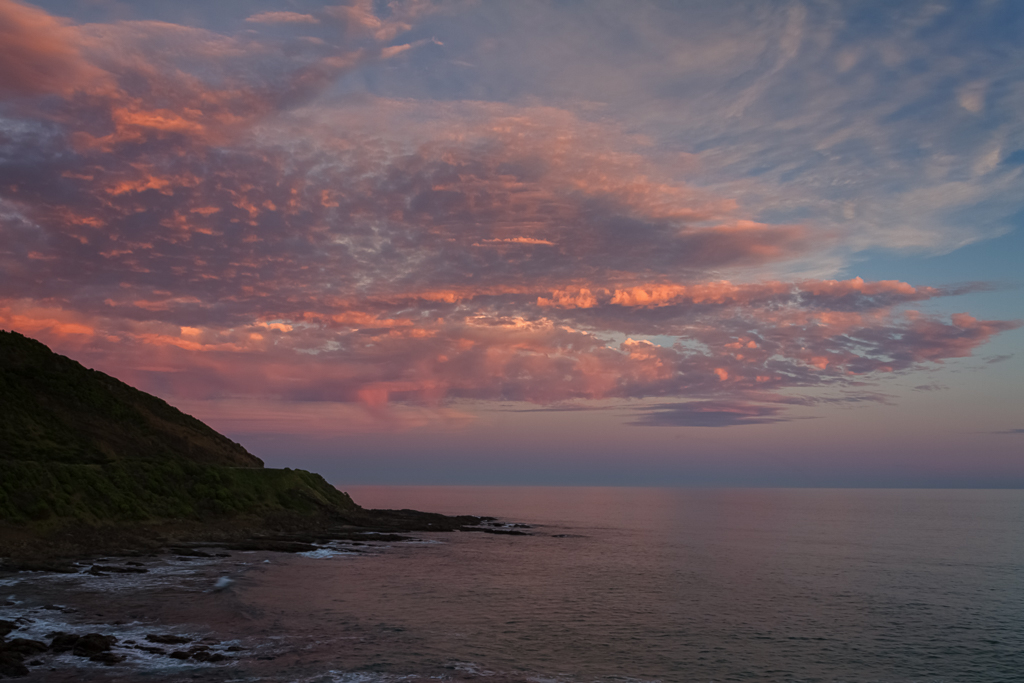 Continuing on, we then experienced a fairly regular strange behaviour. Apparently if one is walking along the Great Ocean Road, people in cars feel compelled to do certain things. A common thing is to toot the horn loudly and yell out something, as the car flies past. It’s always hard to work out what’s said, but it sounds like the noise a Yeti would make if he stubbed his toe.

Another antic is to stick the arm and head out the window, whilst holding something. I think it’s an age old method of informing the world that, “Look. I’m in a car and if you don’t know by now, I’m a wanker!” Sure, no worries. I understand you’re a wanker, as I caught a fleeting glimpse of your face and you appear to have the features of the Elephant Man after he’s been kicked in the nuts. Don’t you love car culture?

We made it back and I was quite glad to see our vehicle. I always carry a lot of water in the car, just for occasions like this one as it was hot and I felt puffed. It was nice to pour a bit of water over the head! I checked the GPS and the distance walked was 12.4 km, with the total elevation climbed being 346 metres. Not exactly earth shattering, but it was a solid walk and I loved every minute of it. I guess it was a bit of a fiasco, as we didn’t get to see the Cumberland River waterfalls. Oh well, it gives me an excuse to come back… 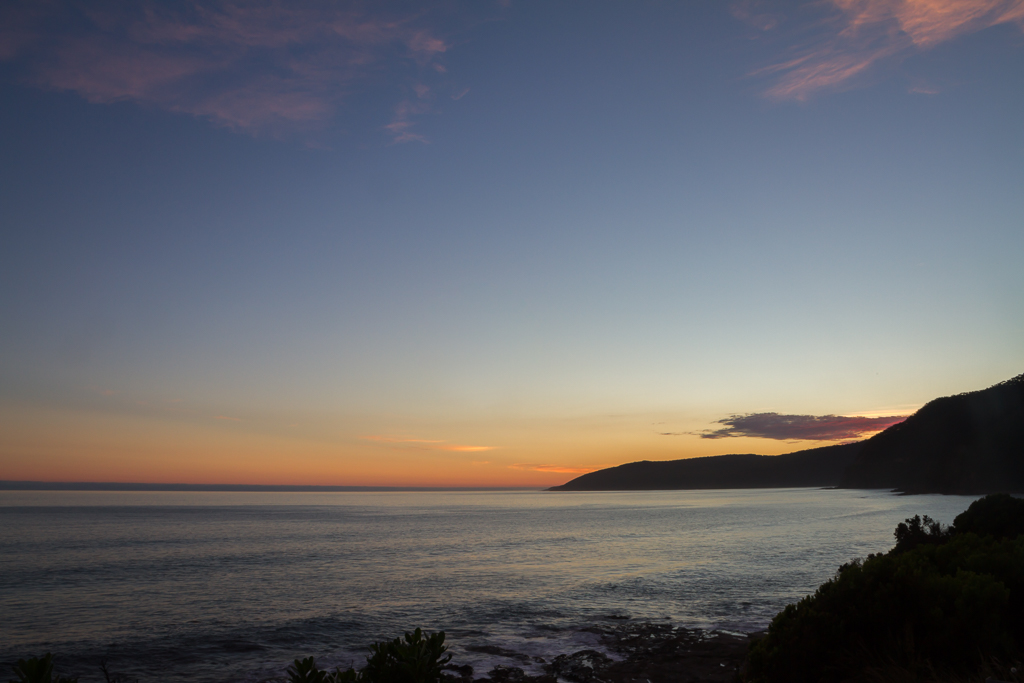