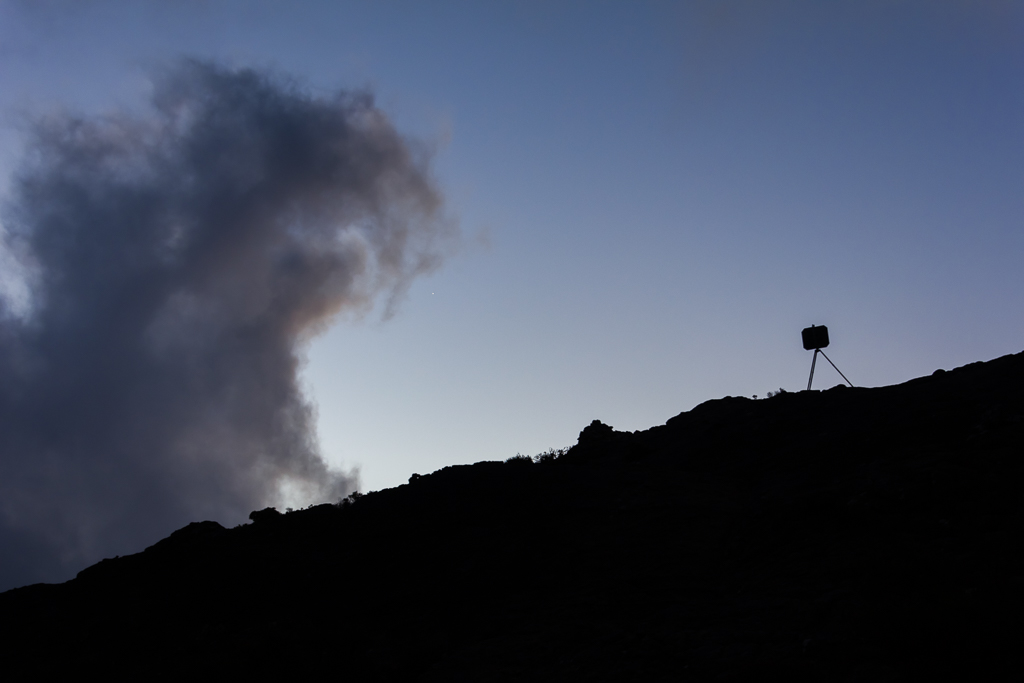 The title of this entry says it’s ‘Day Two’ of our hike to Mt Difficult, Grampians National Park. Well, it’s sort of. First though, I have to finish ‘Day One’, as the previous post refused to give in, plus it’s a good excuse to write bugger all and just upload photos.

The intended overnight stay at Briggs Bluff campsite had gone out the window due to our laborious pace on the first day. The Mt Difficult hikers site isn’t too bad as an impromptu place to set up, although the lack of water is a bummer. There are some nice spots tucked away in the bush, which we claimed for the evening. 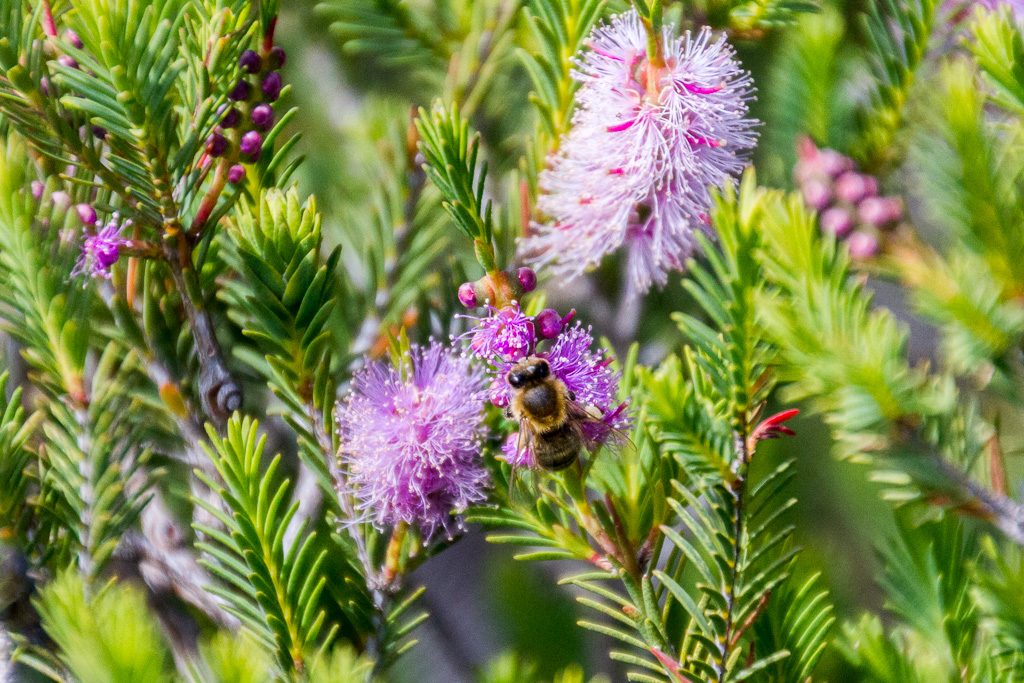 I do have one word of warning though and I think you’d be wise to stick to it. My advice is you shouldn’t get too clever walking into the surrounding bush exploring, otherwise you could be in for a deadly surprise (especially behind large rocks). What do I mean? Restless ancient spirits of the land maybe? Lovestruck Yowies prowling in the bush?

Well, both of those scenarios would be preferable to the reality. The entire area in any sort of hiding spot appears to have been crapped on. Yep, I should send an email to Parks Victoria suggesting they rename the spot as the Mt Dump campsite. There’s a reason why drop toilets are created and this is a prime example of what happens when there isn’t one in an area of regular hiking traffic.

It would be nice to think hikers would do the right thing and invest in a $10 shovel, but that doesn’t seem to be the case. Frankly, I was scared to walk too far and it was as if we were hemmed in by a minefield. Smuffin set up his tent next to a large boulder. It looked like a nice spot until he looked behind the rock and was shocked to see the German battleship Bismarck had refloated.

Anyway, enough of that. The main angle once set up was food and it was time to wheel out the ‘Big Boss Pasta’. All 900 grams of it. We all had one each, but the end result was only two skips were eaten. It was a casual evening in which I learnt a few things. One of them is a Firesteel works a lot better when the paint has been taken off the rod. Reading the instructions is ideal in most cases. 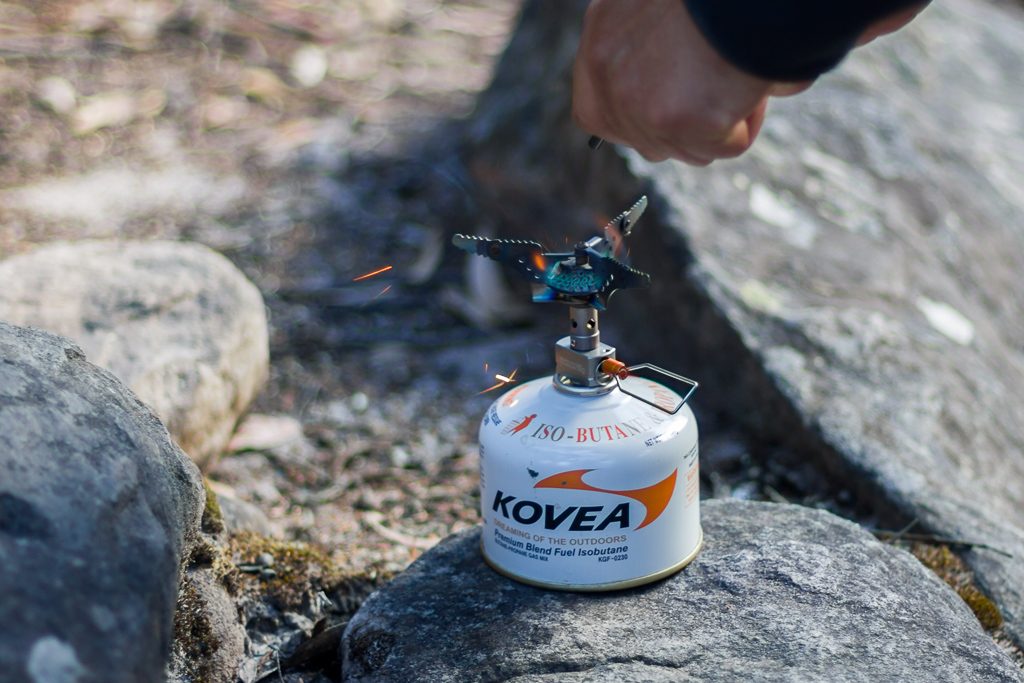 What else? Oh yeah, calling someone a ‘mofo’ doesn’t make much sense. Clearly it should be ‘mofu’, although now it sounds like it belongs in a vegetarian dish rather than an insult. 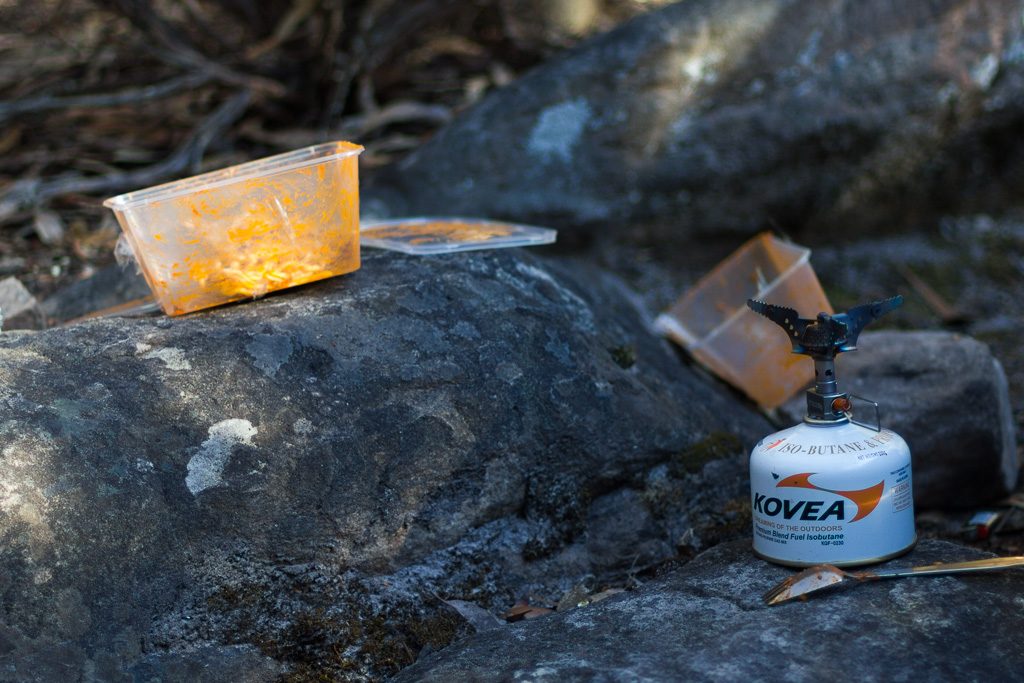 Big Boss Pasta. How exciting are these photos?

It was also decided we were all individuals, as we didn’t have tattoos. There do seem to be a lot getting around and I reckon singlet manufacturers spend the day high-fiving each other when the warmer weather starts. As soon as the sun pops out, the singlets are on displaying the ink.

I remember when I was in the army and literally half our unit was tattooed. One bloke I know got these sexy, scantily dressed women tattooed on each calf muscle. I saw him a year or so ago and due to his weight gain, combined with a bit of fading, the sexy women now resemble a couple of dodgy looking cross-dressers.

I always decided if I was going to get a tattoo, it would be an all or nothing approach. Maybe the entire back with a scene from Operation Jericho? You could have the prison, blasted walls with smoke rising, figures running everywhere and a couple of Mosquito’s climbing above. Clearly it’s the greatest tattoo waiting to be drawn and could there be any better? I can just imagine how amazed the crowd at Port Melbourne beach would be, as I stroll past with an Operation Jericho tattoo, whilst wearing my three sizes too small dick togs. 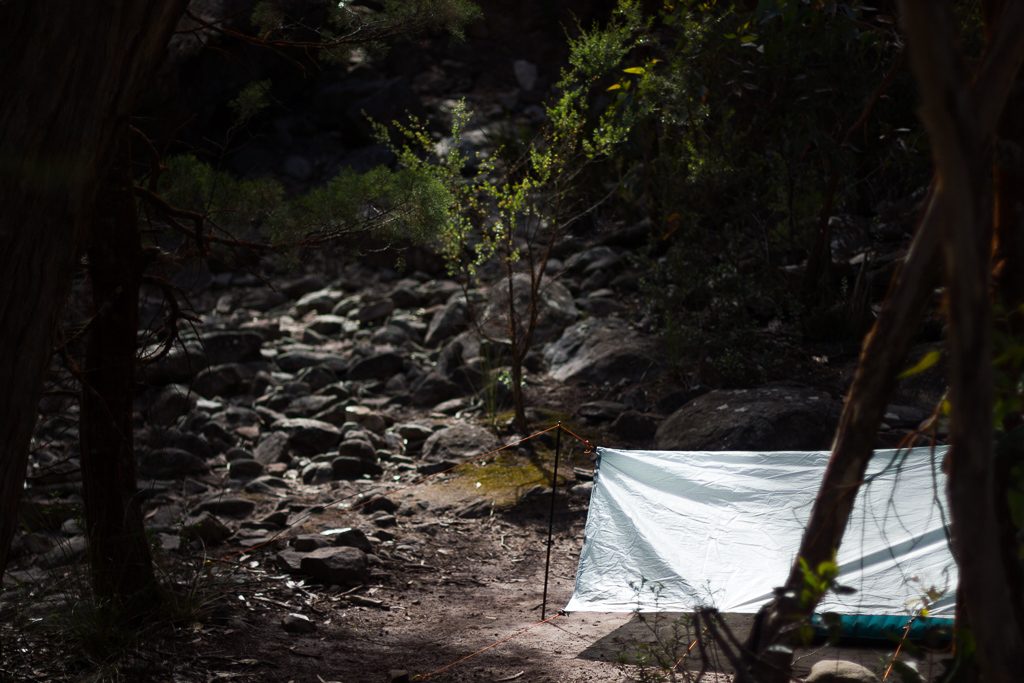 Well, between those fun and games we all walked up to the summit of Mt Difficult to watch the sunset. There was some promise of a colourful sky, but the clouds started to come in and the temperature dropped. There was even a hint of rain in the sky, but we managed to stick it out. 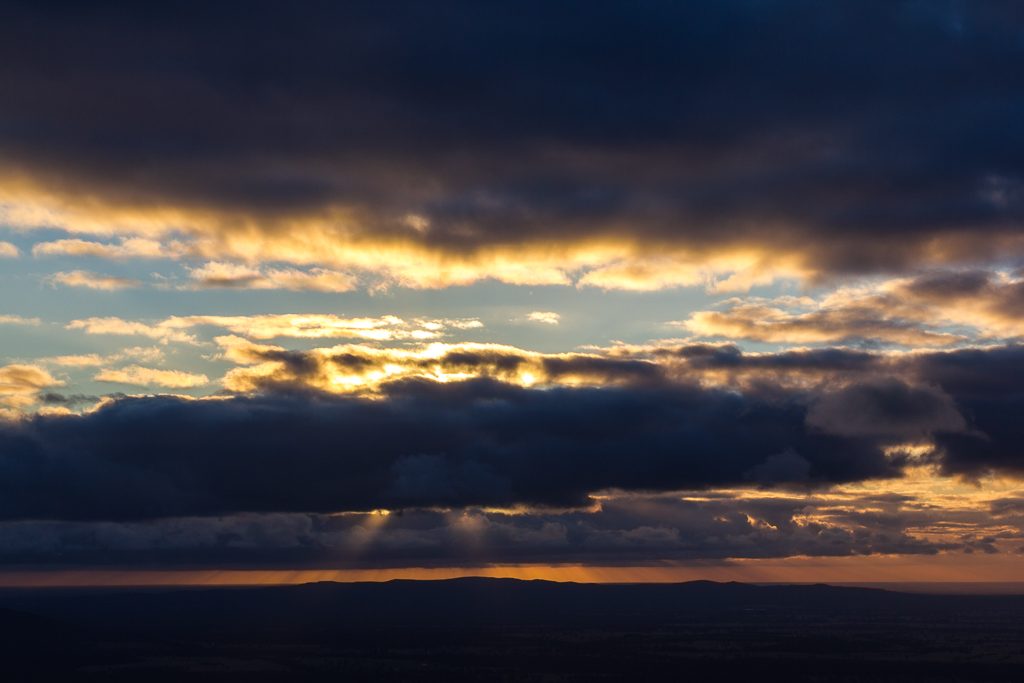 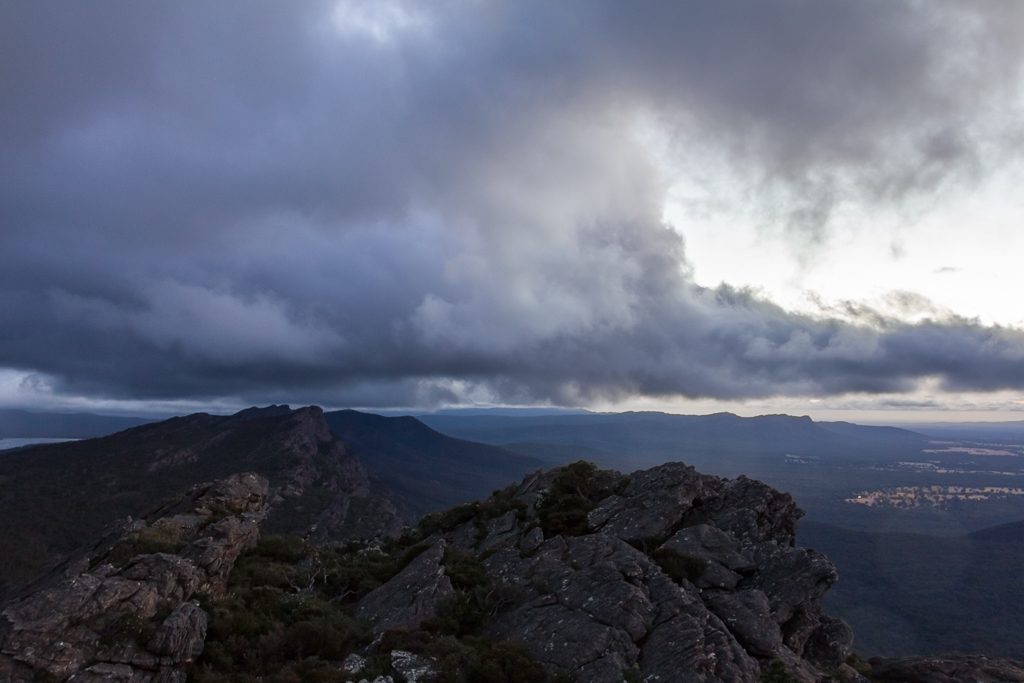 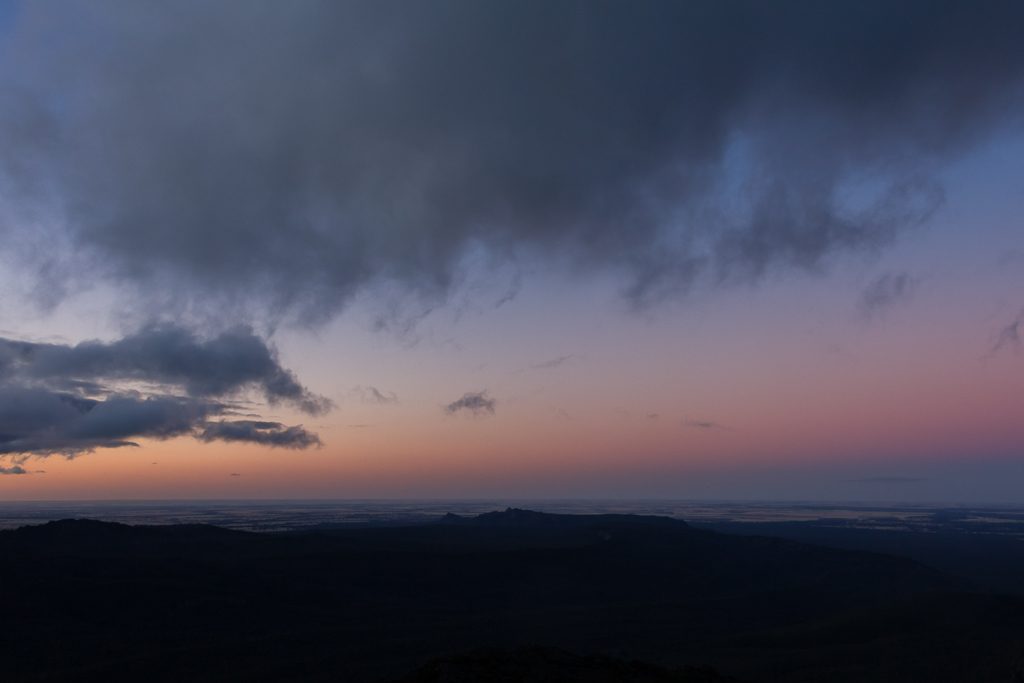 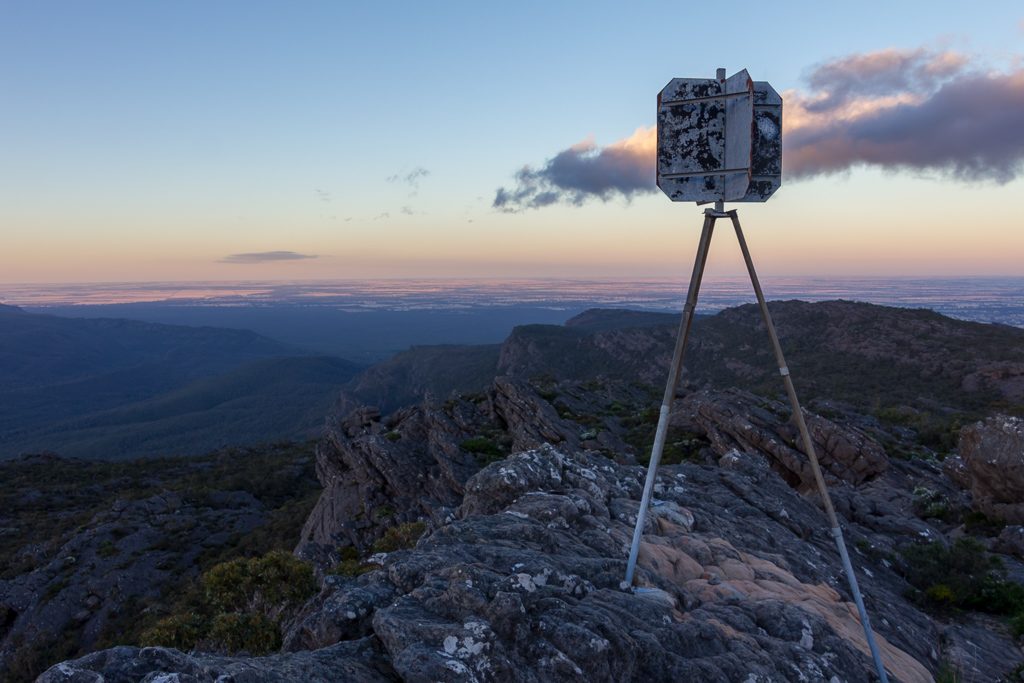 Is that it for Day One? Almost, but there were a couple more dubious highlights to come and one was when Smuffin showed me the app called ‘Star Walk’.

If you’re a night sky watching nut like me, you’ll love it. It’s even better when the red screen, night-mode is turned on and a magnificent soundtrack hums in the background. I haven’t heard better ‘space music’ for quite some time and it felt like an alien mothership was hovering above. Then again, if they’ve travelled across the universe, I’d assume they’d be smart enough not to get too close, due to what was semi-concealed behind the trees and rocks.

The last one? A bit of black market action between Ben and Smuffin took place and somehow Ben’s hiking pillow was sold for $80. I’m not sure how that happened and even worse is it wasn’t Ben’s pillow to sell. I’d bought it, but somehow he sold it and kept the money. Talk about being stiffed. Anyway, it appears times are tough when it comes to getting a good nights sleep. Best of all (for you who has to read this) the first day is over!

I knew I had a good nights sleep, when in the morning I heard walkers going past on the path a short distance away. I’m definitely not the early riser type and by the time I crawled out into the sun it was about 8 o’clock. What do we do for the day? Well, we’d officially lost our mojo and the decision was made to just return the way we came and come back another day to check out Briggs Bluff. Before setting off though, we of course had to return to the summit of Mt Difficult for the third time and check out the scenery on what was a clear sunny day. 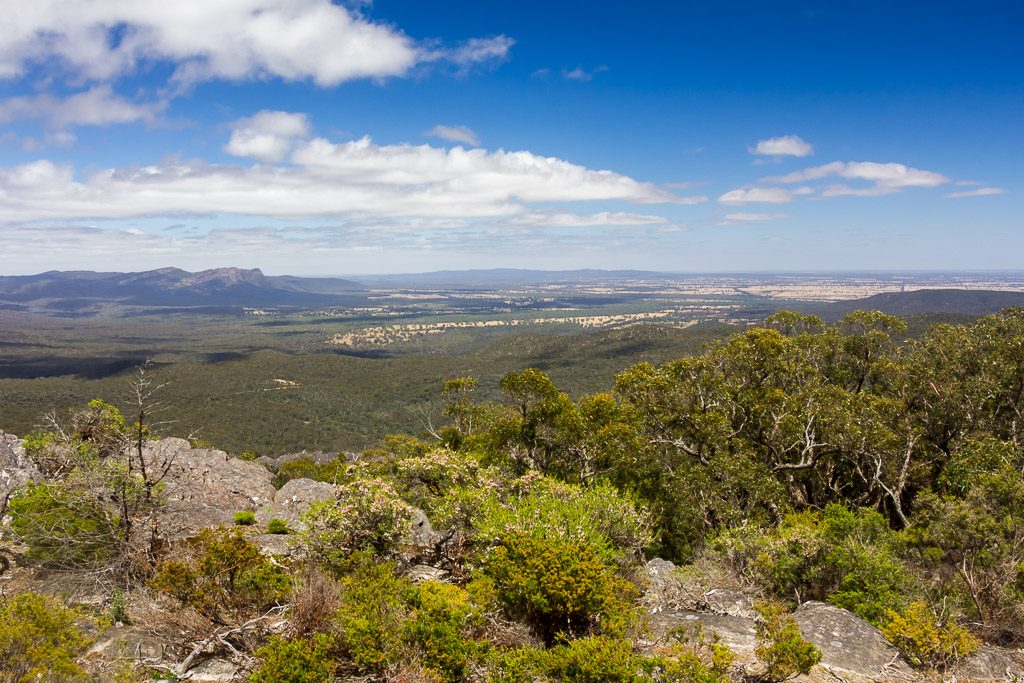 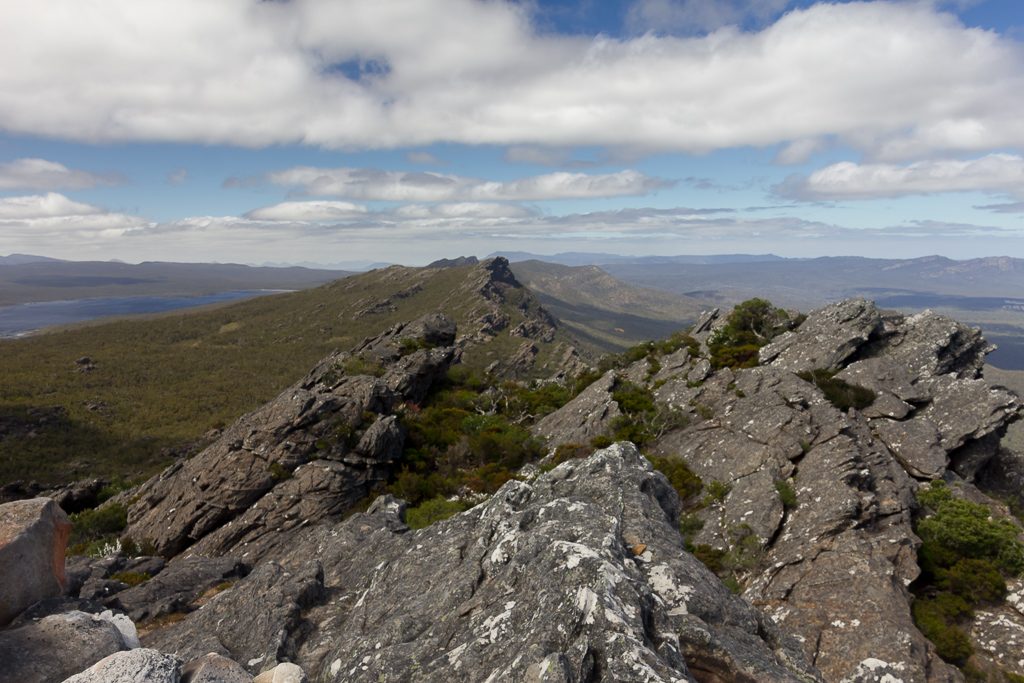 I could show you another million photos from the top of Mt Difficult, but as I found out later, they all look exactly the same. So, after breakfast it was time to slowly head down. You do realise for the rest of the post I’m going to be hard pressed to come up with anything entertaining during the short walk back to Troopers Creek Campground? This is where the photos will start appearing en masse. 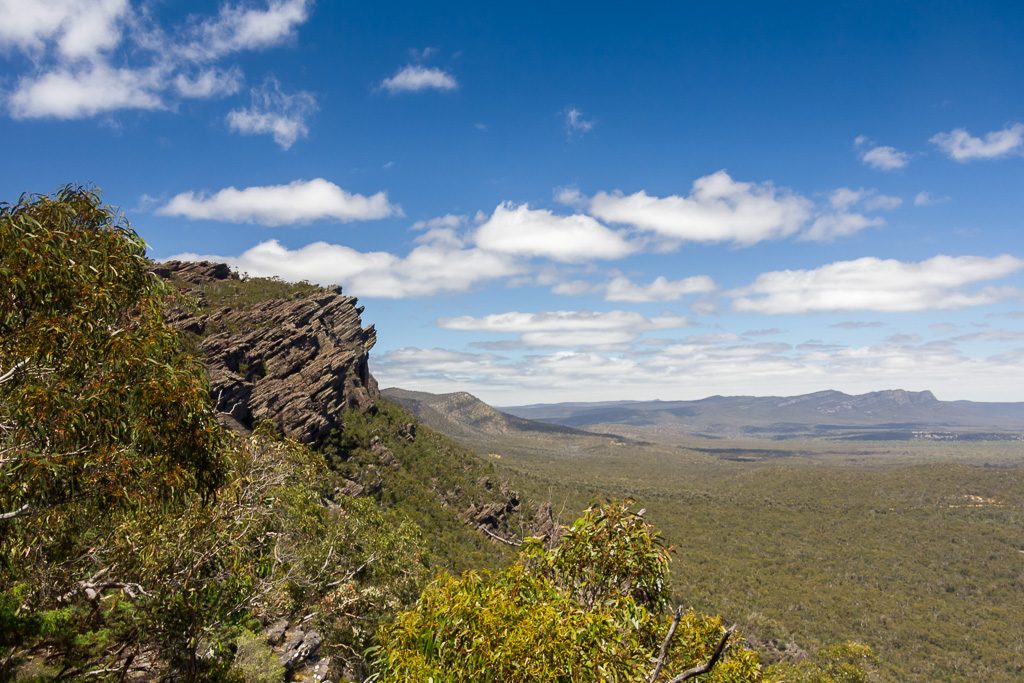 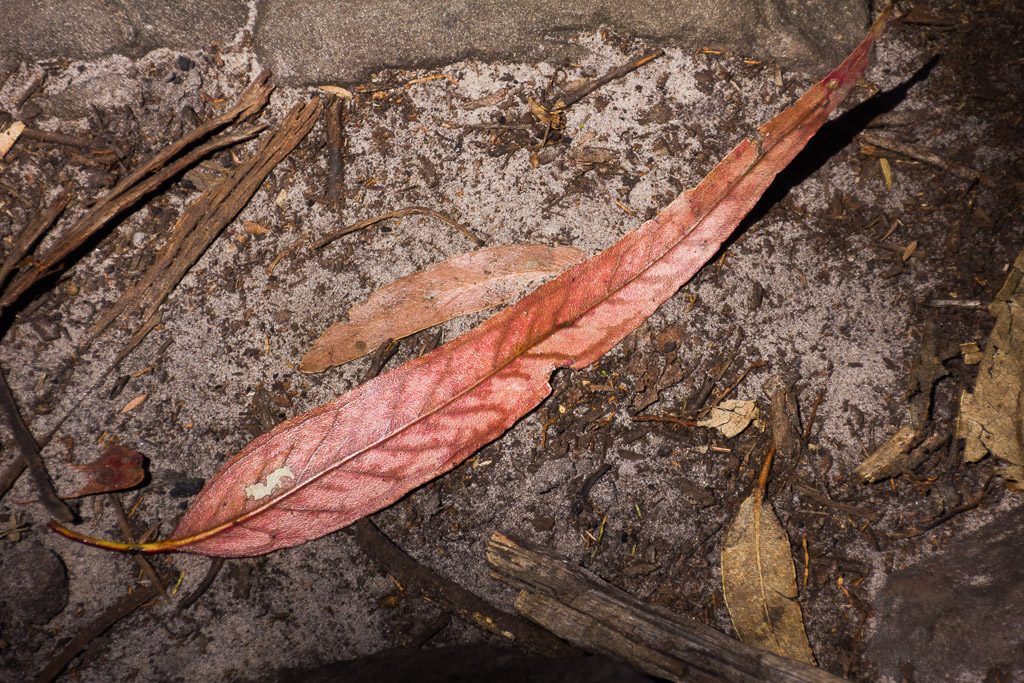 One of the things that stands out is a couple Smuffin and I met on the way down. They were headed up and we exchanged pleasantries. Do you remember in the last post how people you meet whilst walking will often describe how hard the rest of the walk you’re about to do is?

Well, Smuffin went for an unusual method by saying, “Don’t worry, you’re almost up. Just around the corner and you’re there”. The trouble is they weren’t and had quite a bit more climbing to go. If I was in their position and found I’d been stooged a little, I’d be saying, “Hang on, that bloke reckons we were almost done, but we’re nowhere near the top. What a prick!” 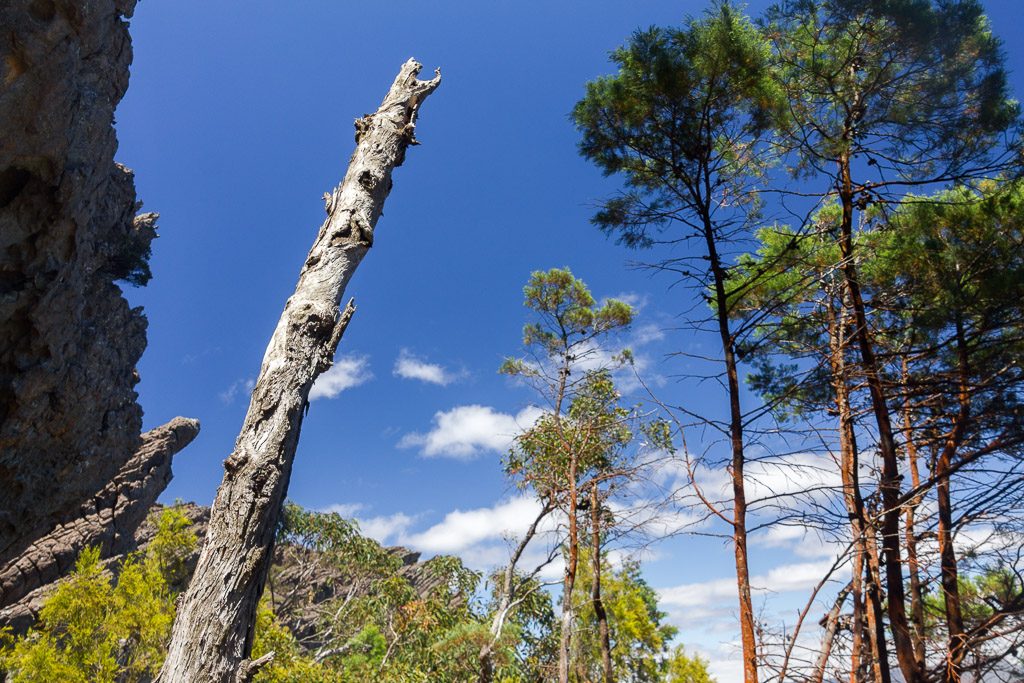 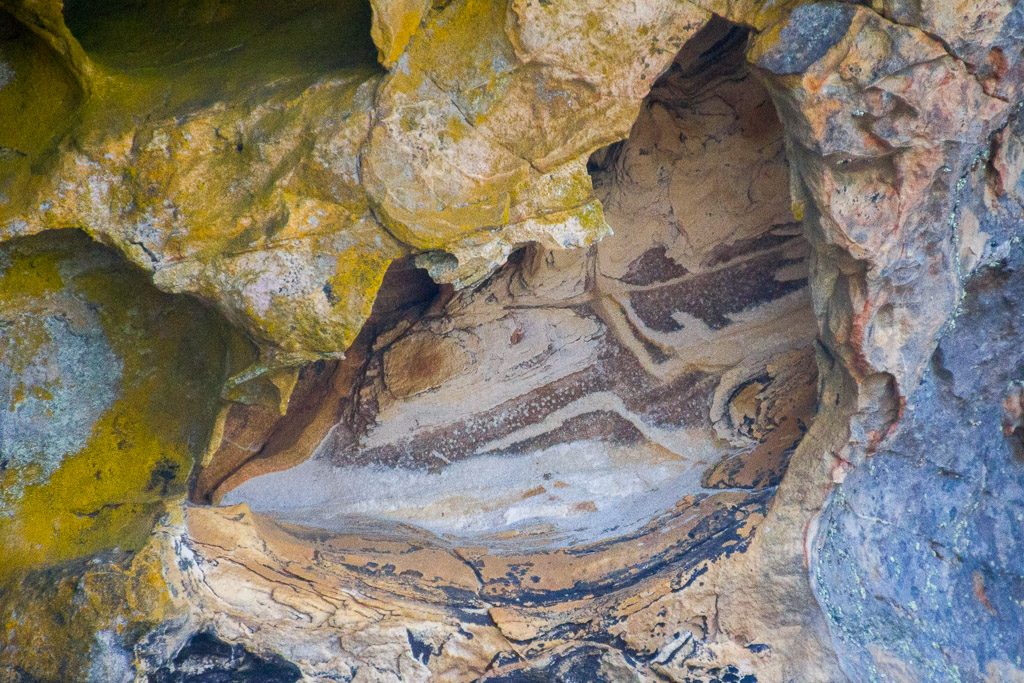 What else? Well, we came across another couple preparing to do some rock climbing. What’s interesting is the woman was kneeling on the ground chanting whilst banging rocks together. I’m not sure what the point of the chant was. ‘Hope I don’t fall’ chant? The bloke who was with her was packing one of those epic beards, that went from his chin to his belt and I reckon he last had a shave in 1947. I actually wish more of these outdoor people would write blogs, surely they’d have some entertaining stories. 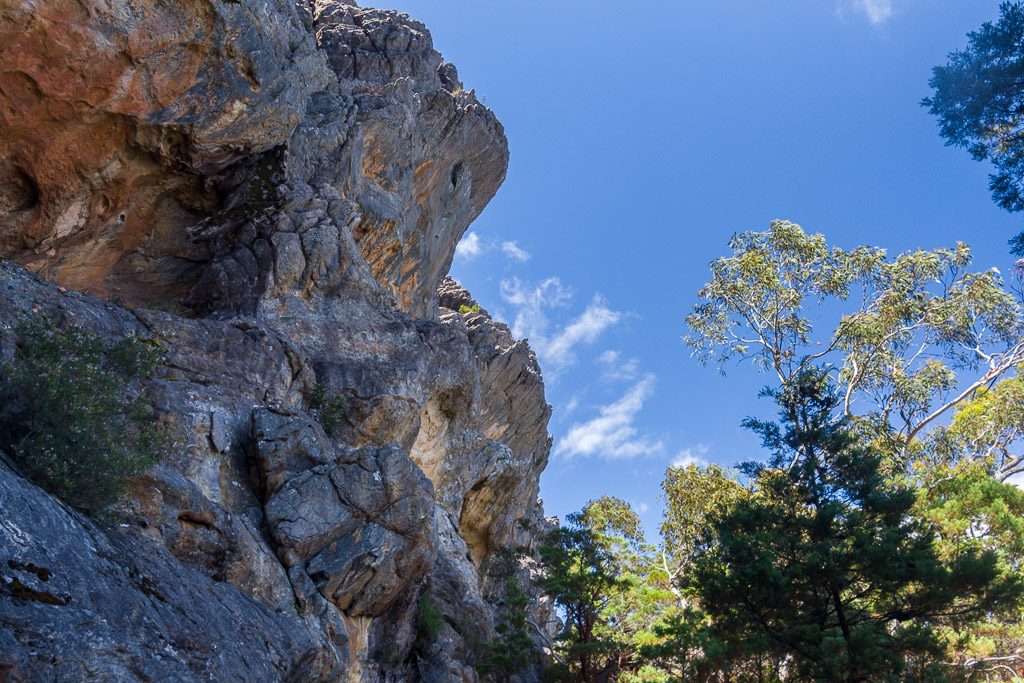 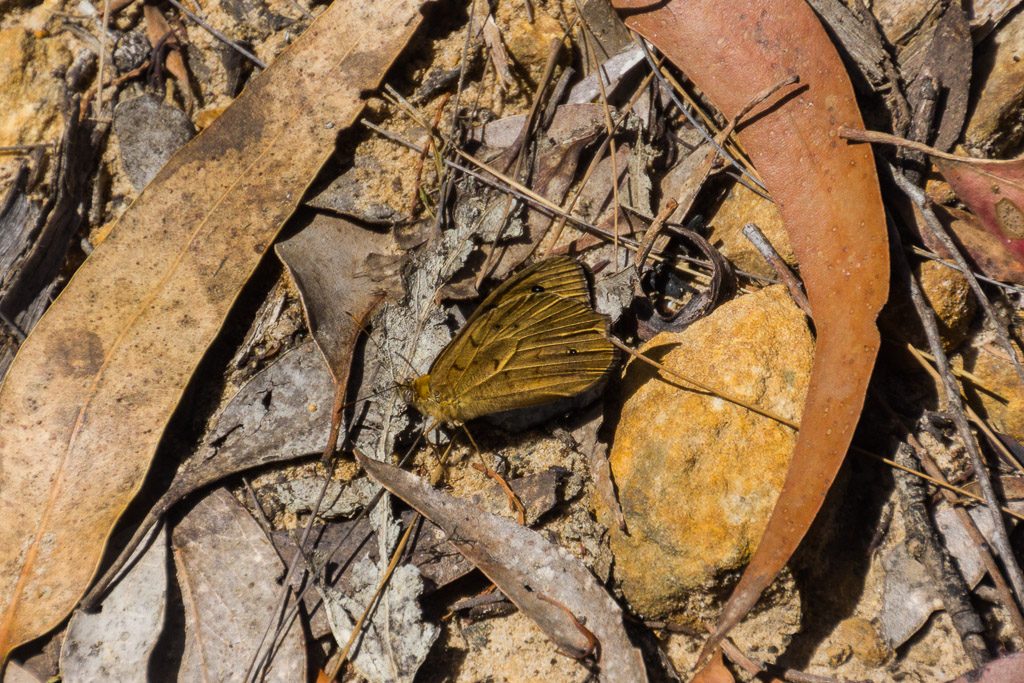 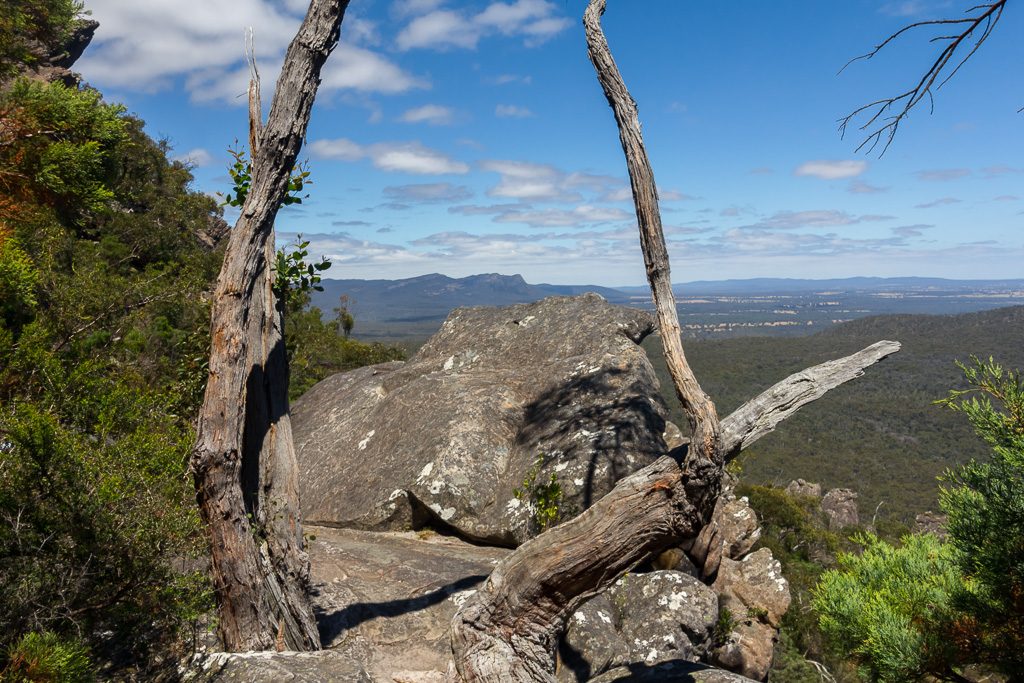 You know what? I’m struggling for material now, so I might as well have us finishing the walk. Smuffin went from a walking corpse the previous day to a machine on the second. He was flying along, but I wasn’t, as continual downhill walking kills my knees.

A few years ago I went to a doctor about my knee pain and was told, “There’s not much you can do other than knee replacements. I could put you on the waiting list now”. I didn’t expect to hear that both my knees need to be cashed in, but I decided to hold off any sort of operation. How many operations am I lining up? Quite a few, so I’m hoping to churn through a few walks in the next two years before all my joints seize up and this blog turns into www.loungefiasco.com. 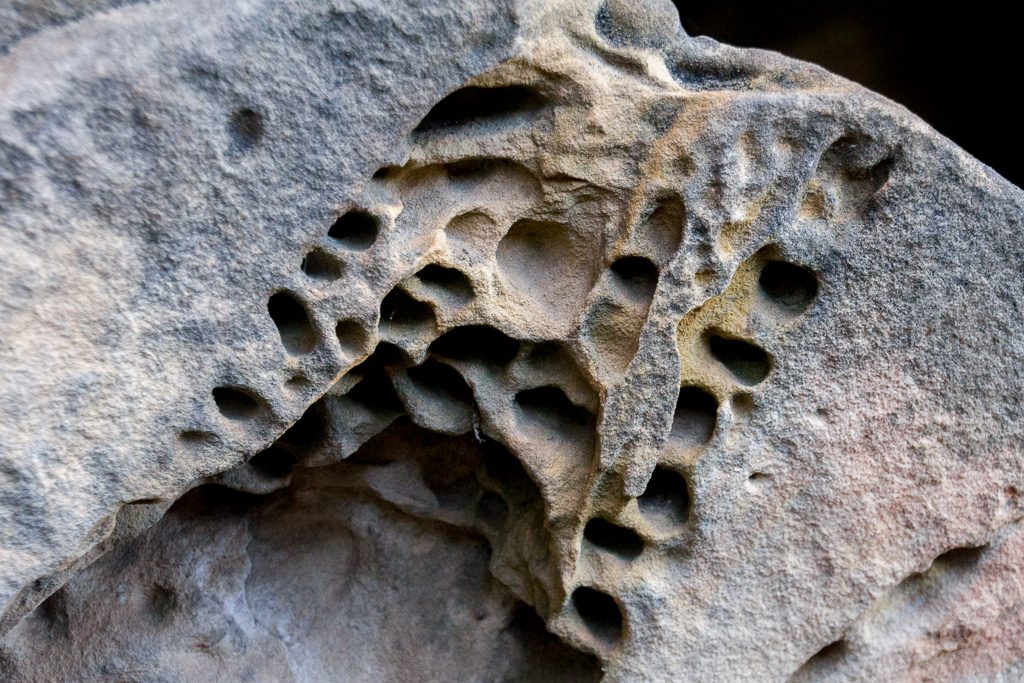 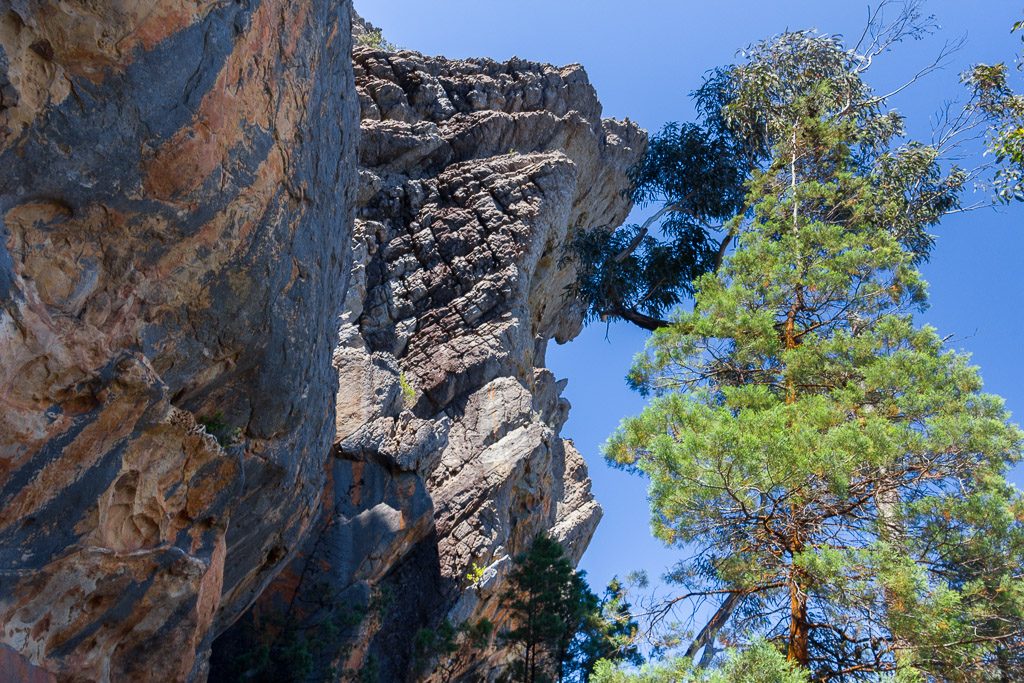 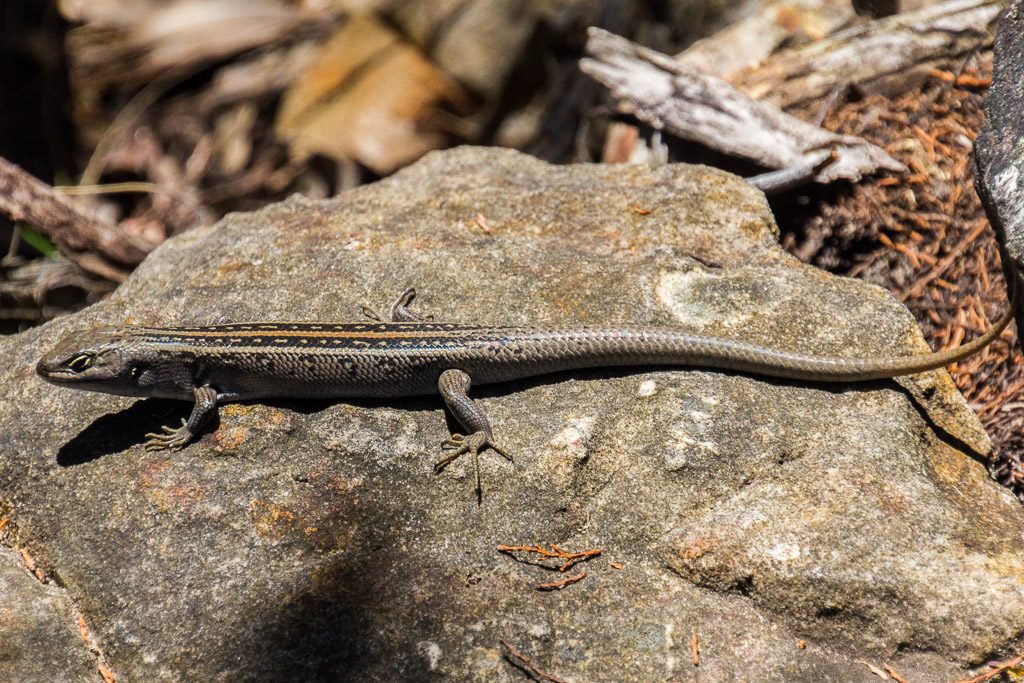 A bit more casual descending and we were back in the Troopers Creek Campground with the walk over. It’s a pity we didn’t get to do the intended route, but it was a lot of fun anyway. What lessons have I learned? Well, walking in the Grampians in Summer is a challenging prospect due to lack of water. Next time I’d like to come in the cooler months.

Oh yeah, one other aspect that affected me was the toilet paper confetti at the Mt Difficult campsite. A hiking shovel salesman would make a killing if he was set up in Halls Gap, as it appears most people don’t carry one.

How do I sign off the walk? Well, how about some random photos? Even a smiley face was spotted… 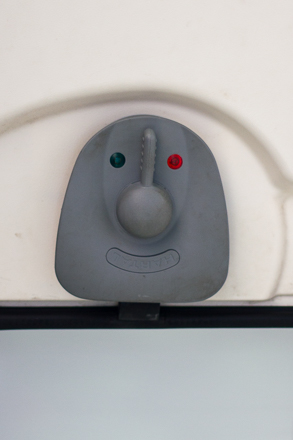 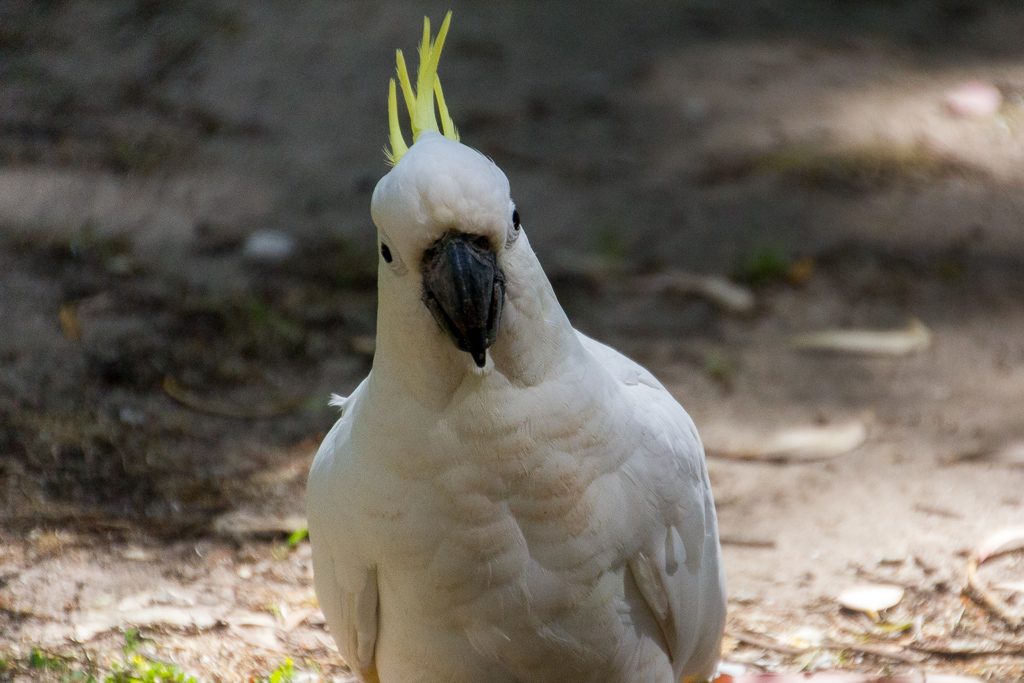 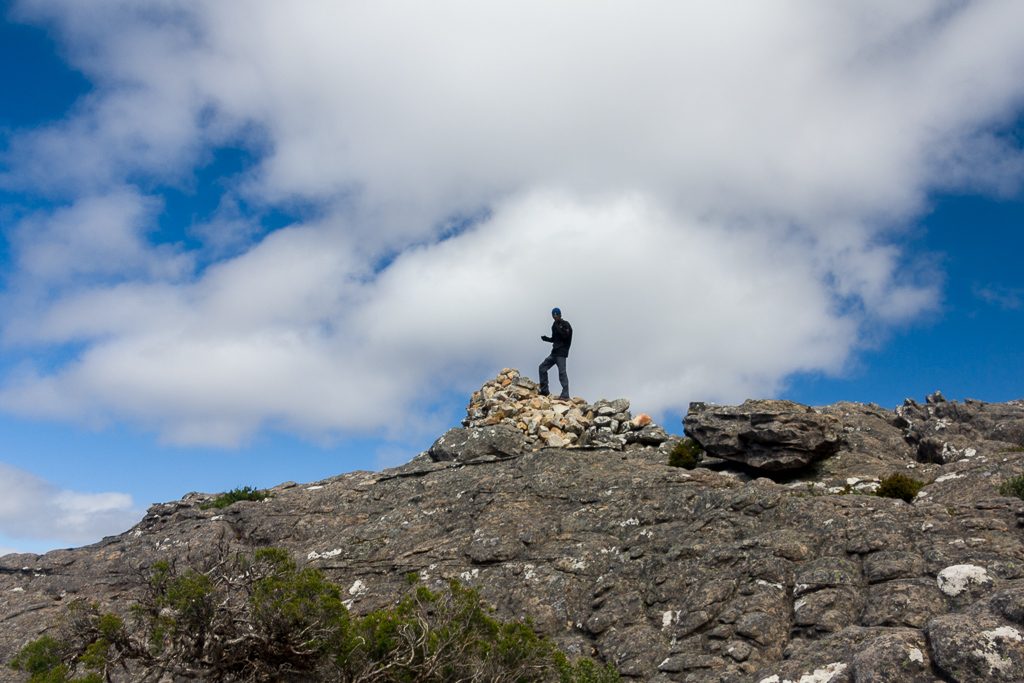