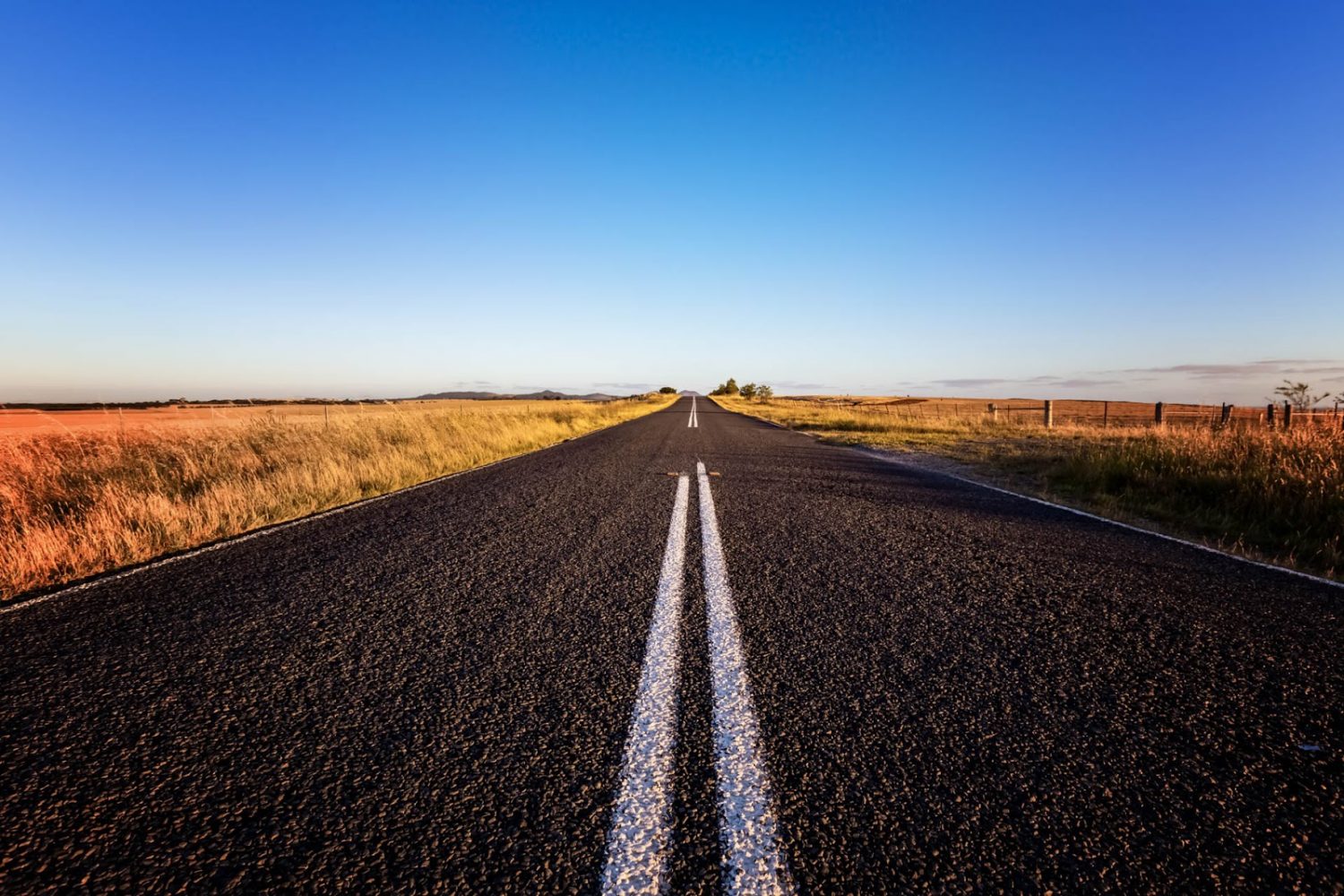 SEPTEMBER 2015 – Oh, this post is completely irrelevant, as it details a template change in Blogger. As you know, I’ve moved to WordPress lately, so what follows is quite pointless. I’ll leave the entry here though, as it might be useful for insomniacs, as it’s better to read this than count sheep.

Do you remember my last post, which was written on New Year’s Eve? Did you have a good night?

I also said I’ll see you in 2015. If you check the calendar on your fridge, you can confirm I wasn’t lying. Okay, the first post for the year has taken a bit longer than I anticipated, but I’ve got a decent ‘no blogging disclaimer’, which might be detailed in the future. Right now, all you need to know is I’m still alive. Unfortunately for you.

The next few posts will detail what I’ve been up to over the past six months. Right now though, this entry exists only to let you know of some changes, so feel free to leave now if you’re expecting something amazing. Rest assured, it certainly doesn’t exist in the upcoming paragraphs.

Now, that’s out of the way. Does the blog appear unfamiliar? If you’ve visited this stinkin’ blog at some point, you should already notice the new look. If you have been here before and don’t notice anything different, can I suggest you get your Coke bottle glasses re-calibrated?

Yes, it’s a whole new template. Remember when I was going to switch to WordPress? Ditch this Blogger backwater? Well, I didn’t. I looked at it and it did my head in. Unless someone has computer knowledge and they’re prepared to sit alongside and tell me each key to press (plus make me a coffee) during the migration from Blogger to WordPress, then it’s too intimidating.

Instead, I got an after-market Blogger template online (which apparently is a direct copy of a WordPress one anyway) and I’ll run with this for the time being.

Firstly, this template will load a million times faster and should be mobile friendly. I’ve looked at it on the iPad and it seems okay. The whole thing is minimalist. No banners, no anything at all really. In fact, it’s overall structure is so streamlined, there’s essentially nothing left. At this rate, the blog will consist solely of white space. Imagine how quick that would load? Anyway, have a look to the right. Here, I’ll help you out. 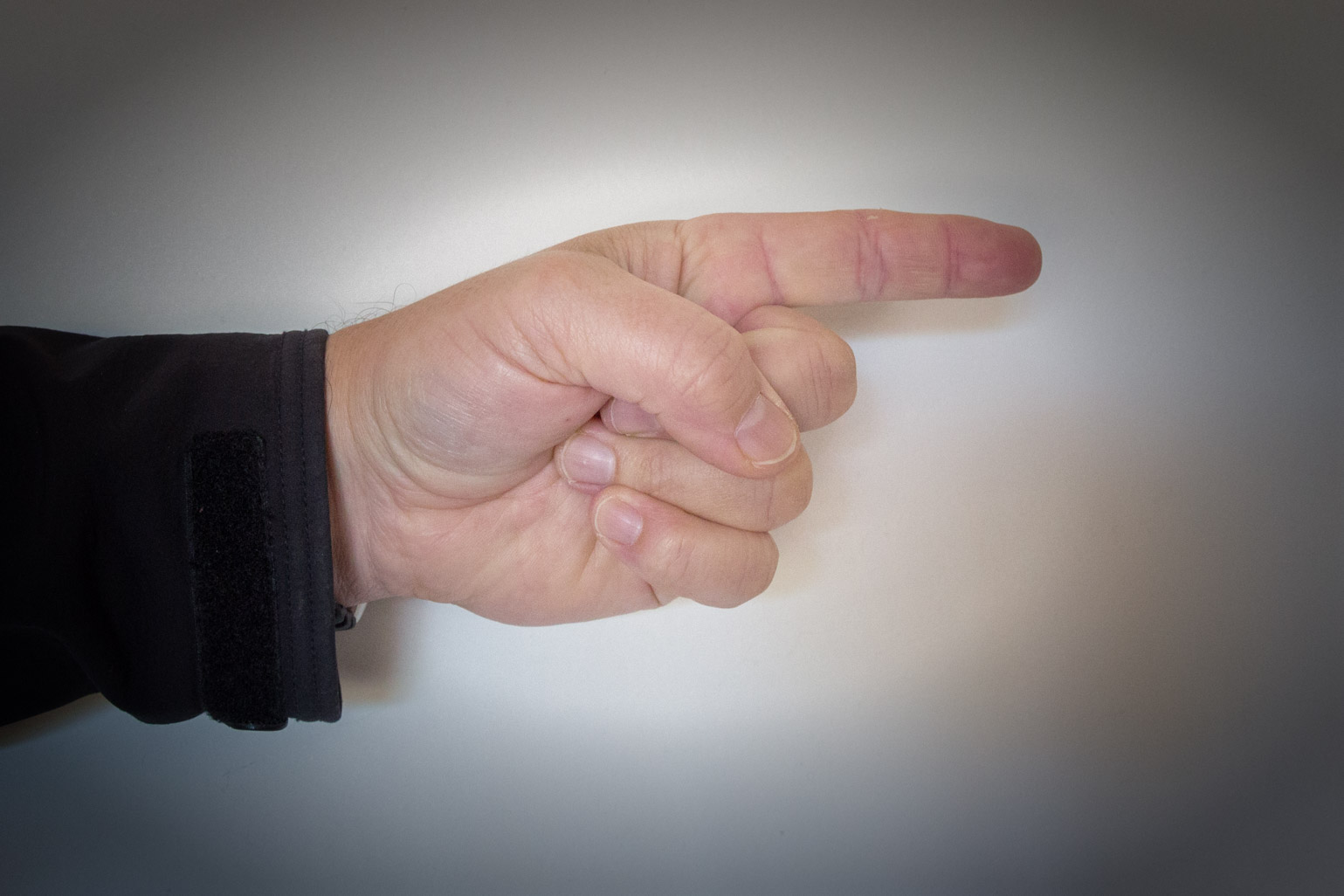 See what’s over there? Yep, absolutely nothing. Sorry, that was a lot of fanfare for little reward, wasn’t it? Seriously (cough, cough) I’m aiming to put something, which doesn’t seem to appear in the world of blogs. Actually, it’s my online white whale. A bloody index. How the hell do you index nearly 300 posts, containing multiple walks and general bullshit, into a workable list of hyperlinks, so they can be viewed and clicked on within the one page? Apparently, this concept is beyond the blogging hemisphere.

I used to list hyperlinks on the side as categories, which were taken off the individual labels I place at the end of each post. You know, something like the Great South West Walk. You could click on it and you’ll get every post I wrote about that walk. The problem is it’s fine if you’ve only got half a dozen labels, but five years worth of crap has produced a swag. If I continue my old system, the home page stretches so far down, it disappears into the ground. Do you know what I mean?

As an example. Want to do the Viking Circuit? Well, it’s in the blog, but good luck trying to find it. You’d think Blogger would have a simple widget, which reads those labels applied to each post, wouldn’t you? This widget could sit alone as an index link and once opened would include hyperlinks to everything walking related.

Mm… It’s not easy though. There is none and in the end, Ben (stuffed if I can work out it out) is going to hunt down some sort of solution. Then again, he says an index is for chumps. He thinks no one will land on the blog and then peruse individual posts via an index. I’m not so sure, but for the time being, if you want to find something in particular, then use the Google search above where my finger is pointing. If you’ve got the time, the Archive list directly below the search window will give you every post chronologically. Oh, I did think of an overall series of categories, such as ‘coastal’ or ‘alpine’, which would then contain all the relevant posts about those themes. More thinking is required…

What else? The home page no longer consists of the latest post in its entirety. The previous system was laborious. These days, everything is about fast loading, especially on mobile devices, so the home page now has my last five posts, but only an intro with a ‘read more’ link at the end of each entry. Roughly, this is 1.5 million times better. Click away and you’ll see what I mean.

Mm… One other point regarding overall page loading speed. I’m aware large images slow things down, but recently I’ve being sucking the bejesus out of them, so the file size is a lot smaller than usual. They seem fine for casual browsing, but if you zoomed right in, they’re very pixelated. In saying all of this, the actual page loading speed is pretty good. On Pingdom Website Speed Test I’m rating 90/100. I think this is okay? Isn’t that at least an A-?

There’ll be more tweaking to come, so changes may occur when you least expect it. One notable alteration will be the header photo. Look, I’ll point to what I’m talking about. 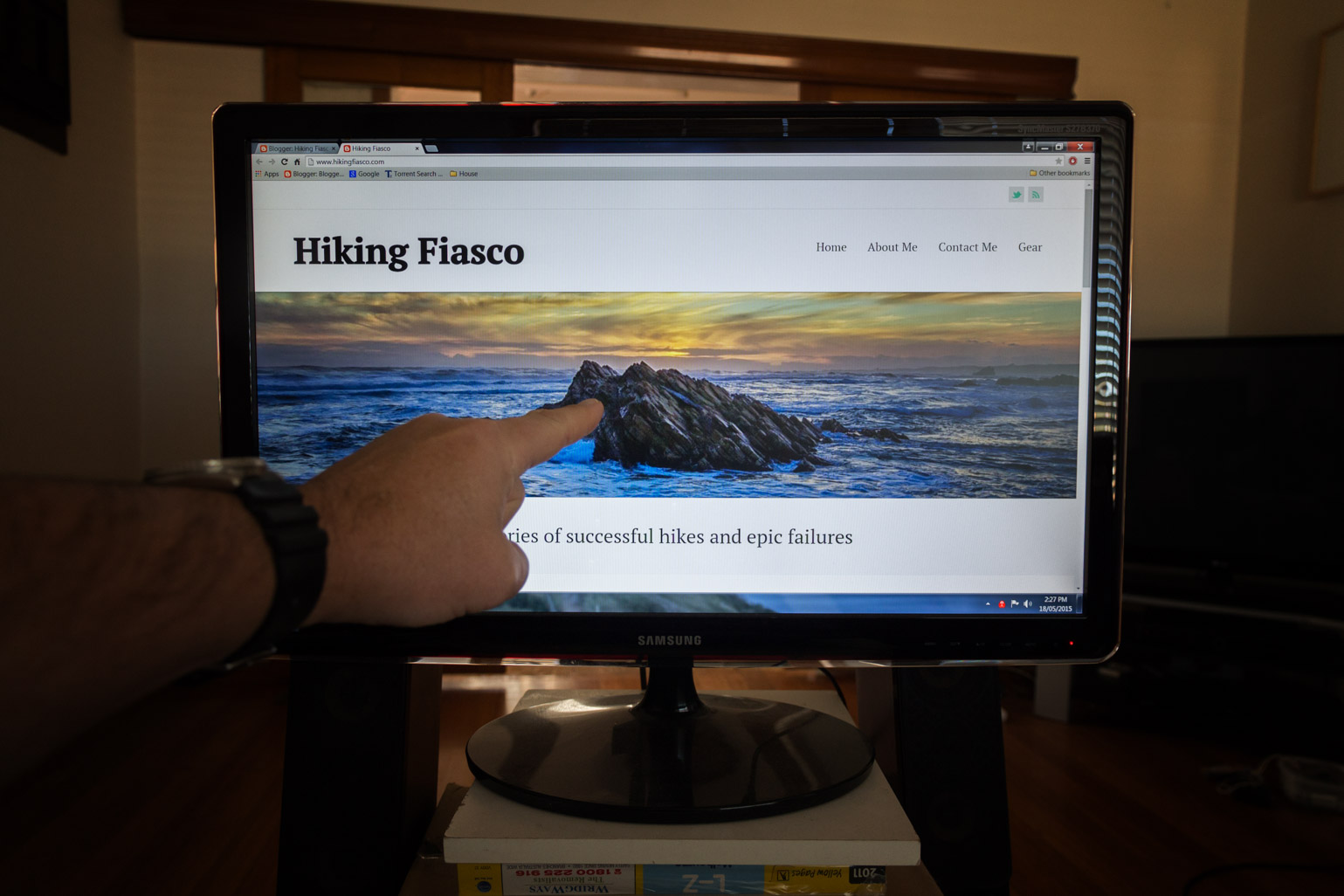 It’s okay, but my problem is I’m kinda sick of it. I think a new photo is needed for an overall freshen up. The trouble is, it may take a decade to find one, which is going to fit the dimensions and still look good. I’ve got a billion photos on hard drives and it will take some dedicated perusing to get something suitable.

Actually, you’ve got to admire me for one thing. I’ve absolutely no idea how the horizon in landscape photos are remotely level (are they?), as the computer screen appears to be on right angles. I don’t think my screen stand, consisting of the Yellow Pages and a Dr Martens shoe box, is working too well. Then again, maybe the screen is level and the house is on an angle?

Oh, see the ‘stories of successful hikes and epic failures’ line? I’m getting rid of that as well and having something new. I’ve come up with a few words, but I need to do some Google research to ensure someone hasn’t already used it.

What else? Up the top, the usual ‘about me’ links exist. I’m probably going to ditch the ‘gear’ one, as talking about equipment bores me senseless. I’ll leave those discussions for other punters. A couple of other links might appear, such as ‘walking companions’ etc. Who knows, as the main aim is not to have a hundred items on the home page. Remember, this is the sleek, minimalist world!

Now, look to the left. Again, I’ve got a 100% strike rate, as there’s nothing at all. I did consider columns, either side of the posts in the middle, but ended up abandoning the idea. I think this is better. Mm… Does this mean there’s absolutely no point to the photo above? Correct.

You’ll also notice Ben has funkified the headings. Run your mouse over ‘Hiking Fiasco’ at the top of the page and you should notice a nice fade from black into white. Who doesn’t like a good fade in their online writing?

Well, that’s it for the time being. It’s taken me six months to write this, so I think I need to put my feet up for the rest of the year. Either another six months or a week. I’ll see how I go.

Oh, one last thing. Sorry for not replying to any comments or emails recently. When I go off the online grid, I really go off, so I haven’t been looking at the blog or it’s associated tasks at all. One thing I’ve learnt after not logging on for months is my page views have dropped to essentially zero. I must admit, the lack of stats is quite comical.

Okay, I’m heading off to tinker and revitalise a few parts of the blog, including one other piece of enlightenment I learned the hard way. In the future, I’ll use minimal links in posts, as it appears my blog is full of dead links and extensive housework is needed to delete or revive them.

Lastly, the opening photo was meant to be used in my ‘image a day for December’ saga from last year. Unfortunately, I ran out of days, but it probably suits this post better anyway. You know, the traditional, ‘heading into the future’ cliché? Then again, maybe you prefer, ‘on the hot rails to hell’ concept? I think both are acceptable. 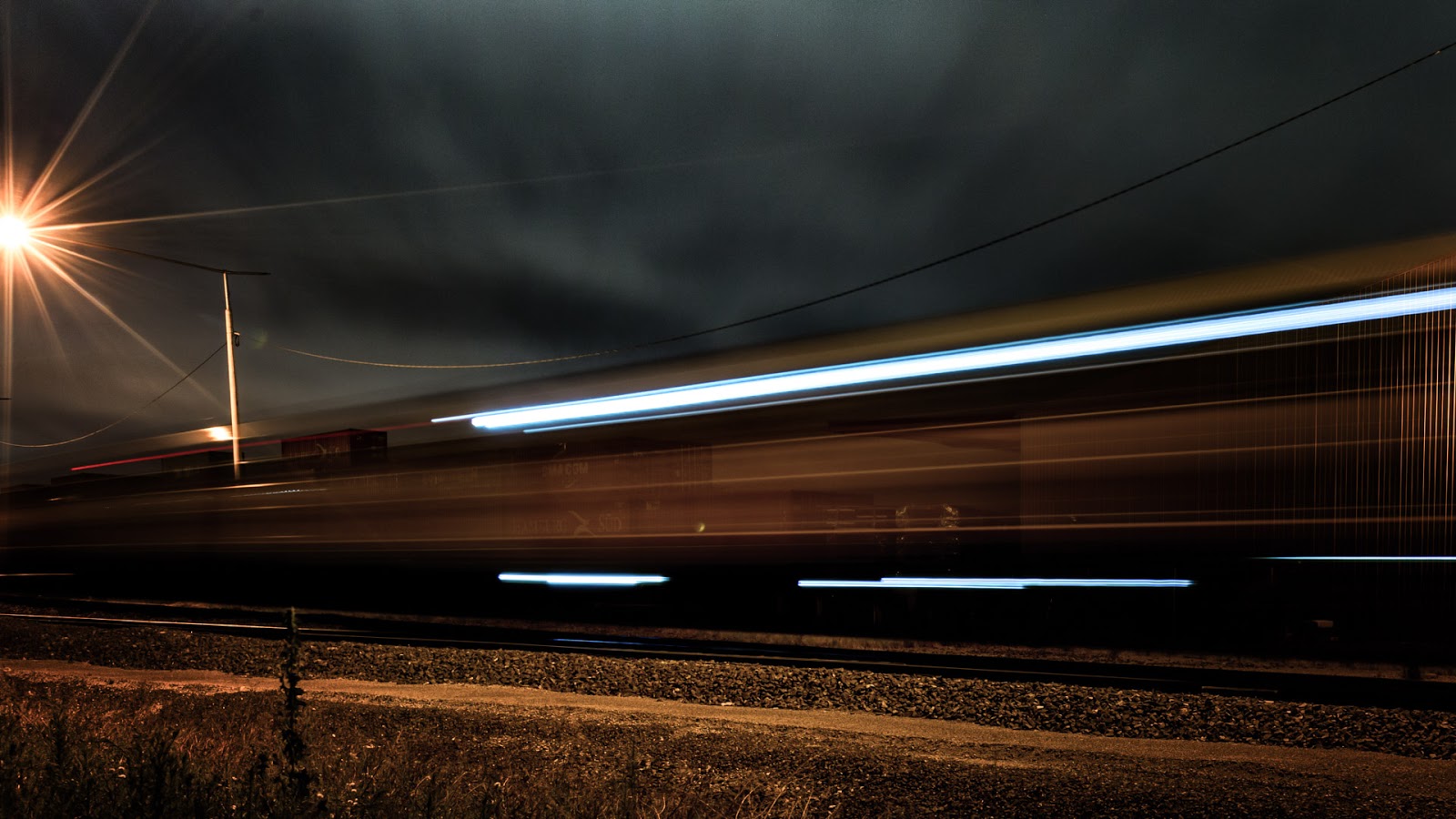