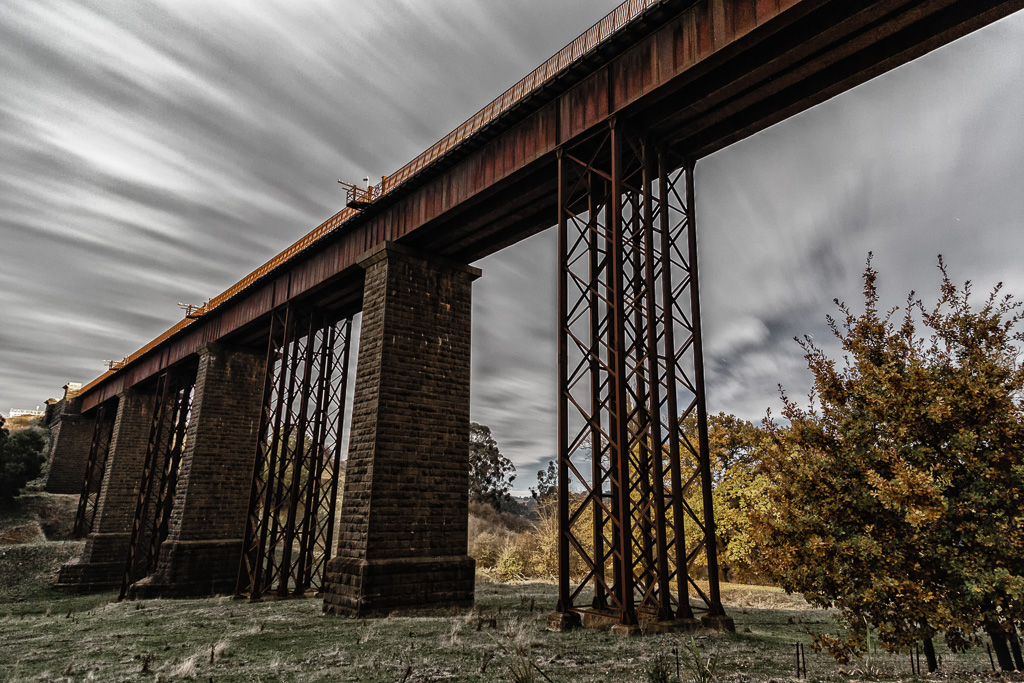 As I mentioned in my last entry, I’ve been creeping around at night with the camera and tripod (don’t panic, I’ve kept my pants on) and tinkering with night photography. In fact I’ve been out so often and taken so many pictures, I’ve got enough stuff for another 672 posts.

So, instead of blowing my bags for the usual massive write-up, I’m going to do a few short entries with a handful of photos and that’ll be it. It’s funny, but I remember a couple of years ago I’d be so short on ideas about what to write, I’d go for a day-hike just for some material. Now, there’s about 426 day walks that I’ve completed to could choose from for a post or million.

Not to mention I never did finish writing about the Overland Track and Wilsons Promontory hikes. All I can say is, one day they’ll invent the 36 hour day. Then I’d have more time. Oh, just because I’ve got a wealth of riches to write about, that doesn’t mean they’re going to be any good. It’s important to get that out of the way early. Smiley face.

Night photography? It’s a wild scene after dark and it feels as if I suddenly know nothing about photography. At least it’s digital, so photos can be previewed at the time. I had a go with my old film camera about 20 years ago and remember taking pictures and just hoping for the best. Unfortunately my hopes would usually result in the worst.

My two tips in this post are firstly, give it a miss when the moon is shining like an overhead lamp and secondly embrace the noise on the images. I’m using ISO speeds which at first glance you’d think only a delirious half-wit (first glance remember, I’m not a half-wit. I hope) would use. Well, I suppose you can get around it by having the shutter open for a decade with all the resulting problems that brings. Hey, stop waffling, this is a quick post, remember?

Right, an anonymous source told me the other day that I should head to the small town of Taradale at once, as there’s a ‘ye olde’ railway bridge there. After some research I did find there’s something called the Taradale Viaduct, which spans Black Creek and was built between 1858 – 1861.

Actually, I call it a bridge, but it’s officially a ‘viaduct’. It’s a great looking structure and actually still in use. Look, I’ve found a couple of photos from the State Library of Victoria, complete with train trundling across. Actually, if you want to be technical, I’m willing to bet big that train isn’t actually moving in the pictures. 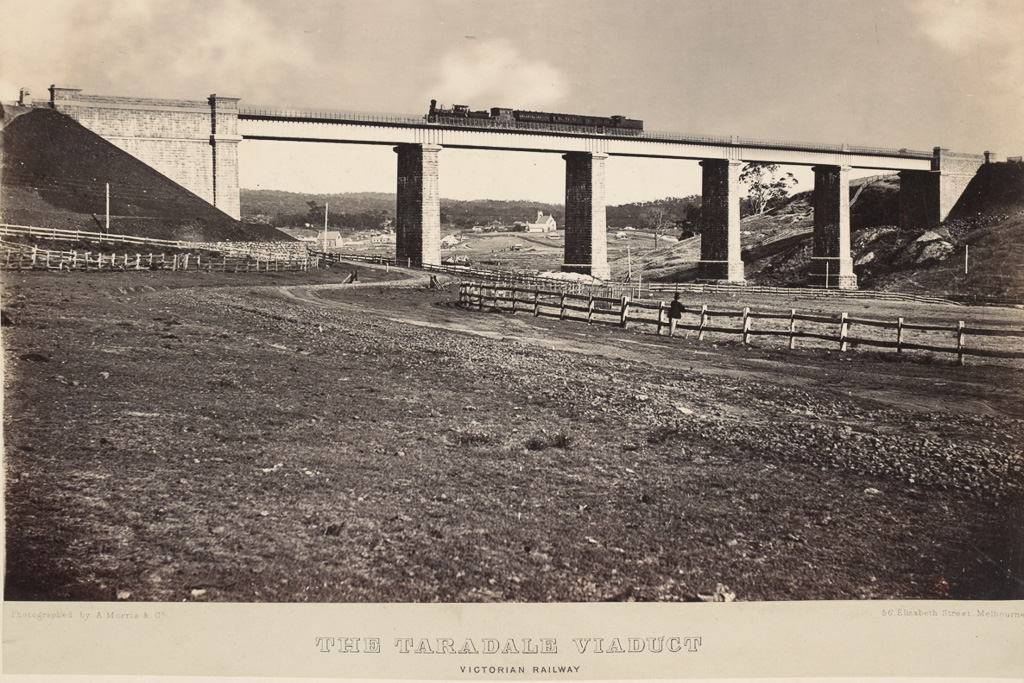 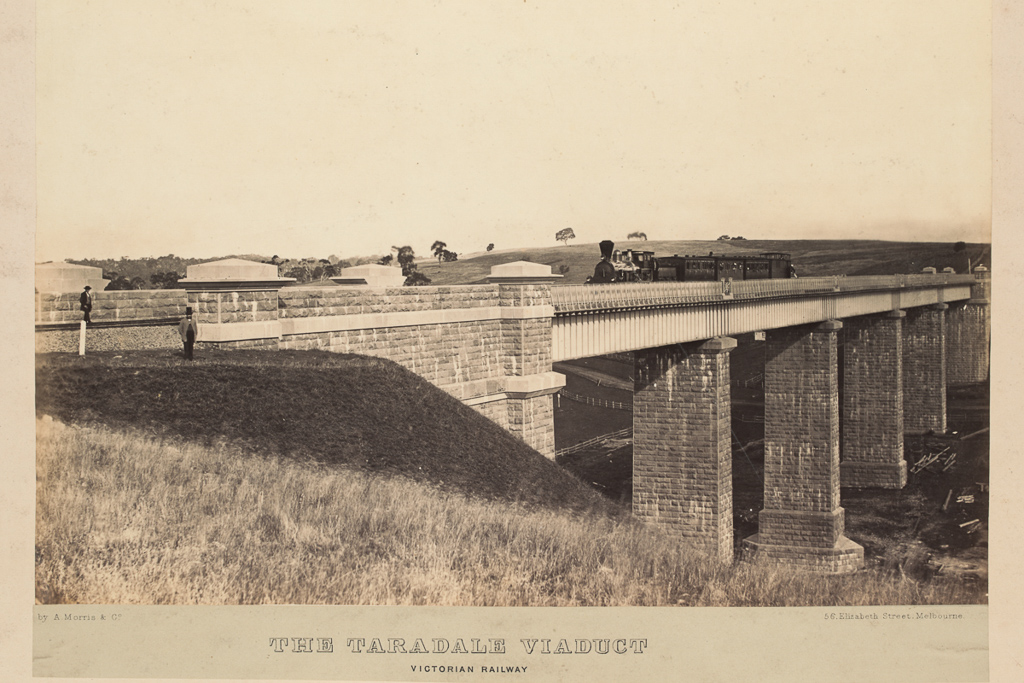 I headed up to Taradale in the early evening, located the bridge and guess what? Yes, the moon absolutely killed me. See the photo at the start of the post? The cloud cover is insanely lit up and all the photo looks like in that 90 second exposure, is one taken in the day time, but looking weird.

There was also the problem which explains why the tree in the right foreground is lit up. Cars kept going past with their high-beams blinding the scene. In fact, I reckon it was the same car coming and going just to annoy me.

It’s funny, but when I got there, I had the images as to how they’d look like all worked out in my head. Unfortunately they’re nothing like I imagined! On these occasions I always fall back to the Salvador Dali quote, “Have no fear of perfection – you’ll never reach it.” I’ve yet to take the perfect photo. Hopefully I’ve got a few decades left to produce one.

Anyway, the multiple-same-car-passing-to-annoy-me continued, so I switched tack. At least from the next angle the night sky with stars can be seen. Again, I used high ISO to prevent star trail, but the moonlight created another world of weirdness… 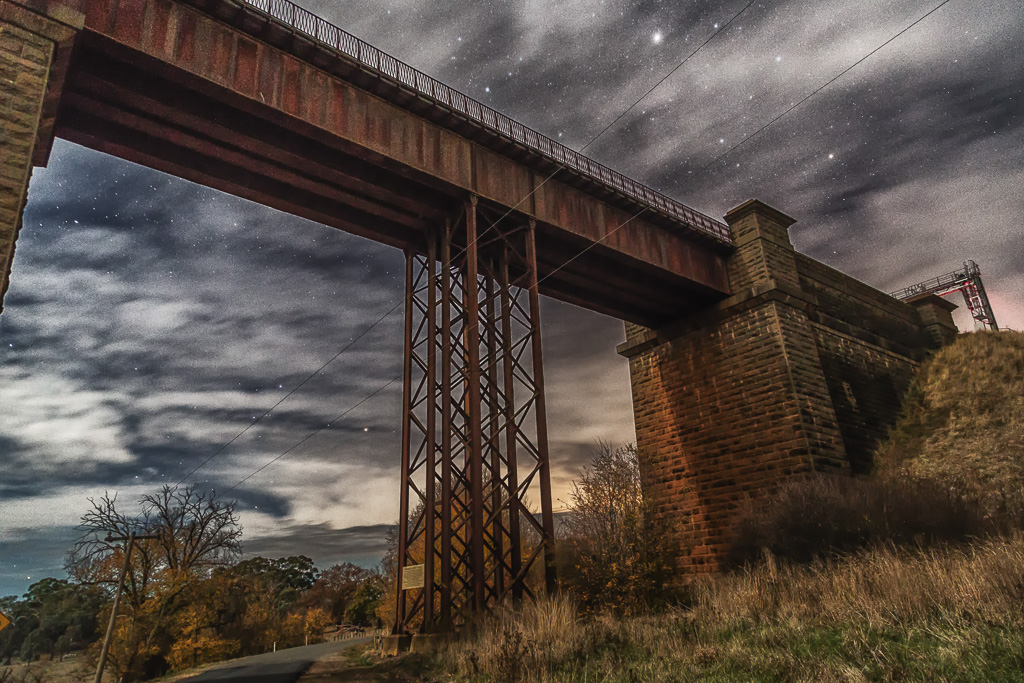 I’m missing something here. Shouldn’t the grass and trees be a bit darker? That’s how bad the light was. Also, do you see what I mean about the noise? Usually I’m panicking about the grain, but it doesn’t actually bother me in a night photo. As per usual though it’s subjective, as some camera nuts may be vomiting right now.

Anyway, after an hour of playing around I surrendered to the big light in the sky and gave up. Just for something different though, before leaving I took a photo of the street I was standing in. The next picture sums up the night pictures on this occasion. Odd. I’m telling you now, the sky wasn’t blue when I was looking at it. 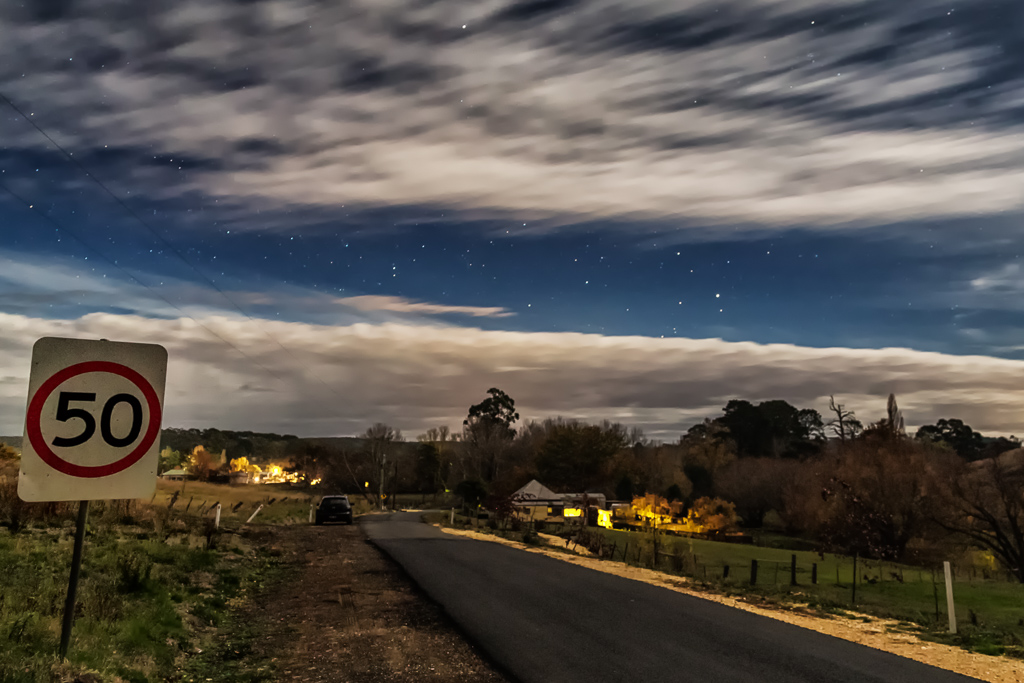 Oh well, when the moon has passed its cycle, I’ll go back up there. Hopefully then it’ll actually be dark, which leads me to the next night photography problem. How to focus on the subject when you can’t actually see a bloody thing.

Guess what? That’s in the next post, where I stumbled around a field in the dark trying to capture a windmill. I bet you’re all eagerly awaiting that post? On second thoughts, don’t answer that.