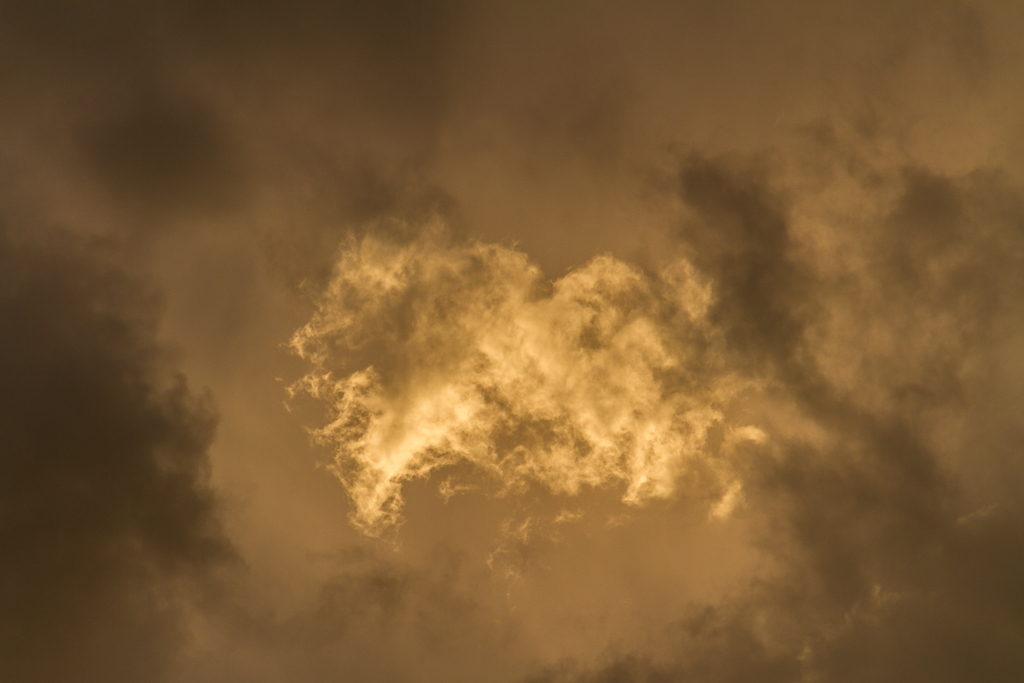 Ignore the photo above, as it’s got nothing to do with this post. It’s just a chance to show you an impressive series of clouds last night, as a storm swept through Melbourne. These clouds are lit by a late afternoon sun.

Anyway, back to what this post is meant to be about. I was feeling a little bored, so I decided to jump on board an idea I saw. It’s a brief overview of essential items taken whilst hiking and likewise for strolling around town.

I thought it was a cool idea, but I’m half asleep whilst writing this and it’s only 7.15 pm, so who knows what you’re going to get in this entry.

Oh, it’s a big day tomorrow, as I get zapped in the neck with a CT joint injection. Pain free at last? Who knows, but anyway here’s my photo for ‘everyday’ essentials. 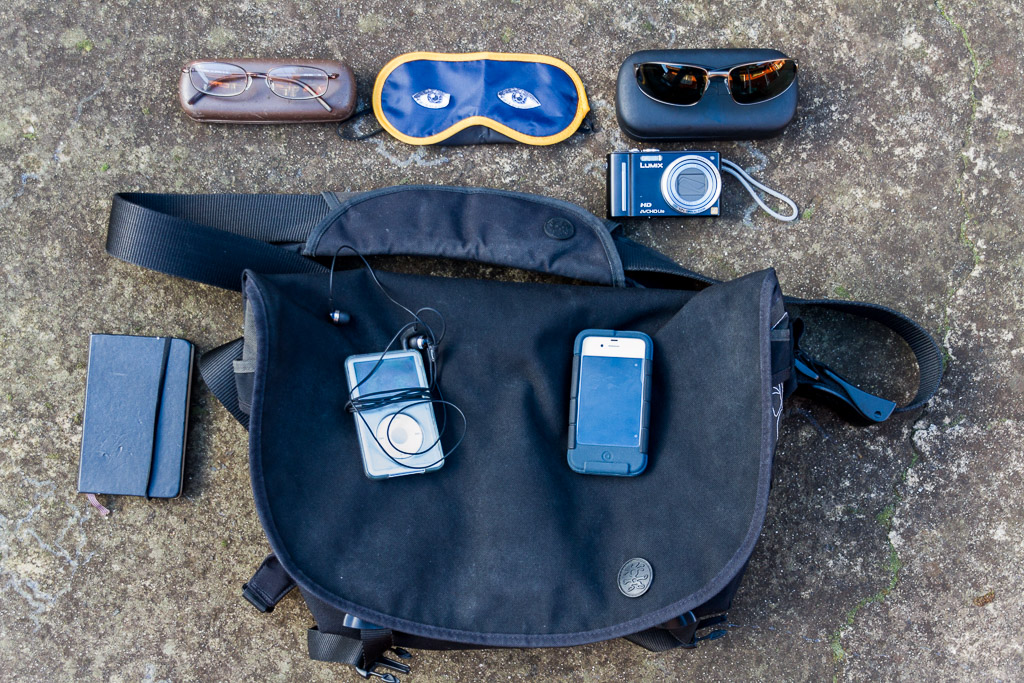 Okay, here we go. So, starting from the top going clockwise from left to right (Is that a little bit too technical? I’m almost confused.) I have the following: Standard prescription reading glasses. Guess what? There’s nothing good about getting old, as far as I can see (not even meant to be a pun).

I used to have ‘Superman’ style vision, but now I can’t see a bloody thing without my specs. This problem kicked in when I was about 43. If you’re younger, then you’ve got something to look forward to once you hit your mid 40’s.

Next up to the right of the glasses is a standard issue ‘fake awake’ mask. This is designed for office workers such as myself, for the purposes of fooling the boss into thinking I’m working at the computer, when I’m actually asleep. Pretty effective huh?  He still hasn’t worked it out, as the eyes have actually been coloured in to match mine. Definitely an office essential.

Okay, next up is a pair of Bolle ‘Mingo’ polarized sunglasses. These retail for about $300, but whatever you do, don’t pay this price. Bolle flog these off for $80 at their outlet store in Collingwood in Melbourne. Nice glasses, but Bolle can get stuffed at the original price tag. I’d give you a link, but they’ve long been superceded.

Below the sunglasses is a Panasonic Lumix TZ-10 camera, as I like to have some sort of camera everywhere I go. You never know when something bizarre might happen, such as a Yeti running by or a UFO landing out the front of my office. If aliens attack. I’m ready.

Next up I guess I’ll describe the big black bag. It’s actually a messenger style bag made by an Australian company called Crumpler. Their bags are great and I’d give you a link to this bag, but they no longer sell it. There’s a label inside saying, ‘Limited Release: Luxuriously Handtufted Edition’. You’re probably saying, “WTF?” right now, but don’t blame me, as I’m just reading the label. The actual official name of the bag is ‘The Hoax’. Yeah, yeah, I know, they’re flat out trying to be funky.

What’s on the bag itself? Well, on the left is an 80GB iPod, which is a pretty essential item for travelling on the train to work. Oh yeah, I ditched the crappy iPod headphones and went for a pair of Sennheiser CX300II. Do yourself a favour and bin those iPod issue ones and welcome in the real sound of a decent set of headphones.

You’ll also see a white 16Gb iPhone 4 in a chunky, manly case as well. I don’t think I have to bang on about that as the whole world has one. I think.

Lastly, but not least, is a ‘Moleskine’ notebook which I use to jot ideas down if they come to my head during the day. Usually ideas that I need, to pad out these sort of blog entries.

How’s that hey? There’s other things as well which are obvious like my wallet, but I couldn’t be bothered putting that on the ground to explain what it is. Now we’re onto the essential ‘hiking’ items. 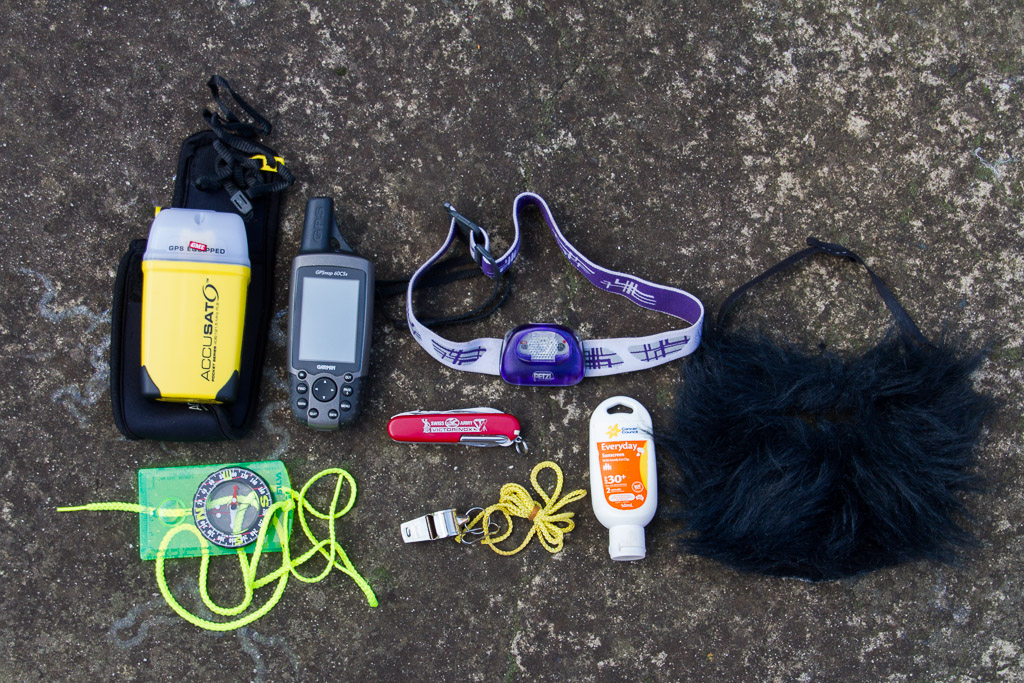 Okay, here we go and I guess I’ll start with the method of top, clockwise, left to right sort of thing again. Hopefully I don’t confuse myself. There’s a common theme to all of the hiking stuff and that’s, “Don’t panic. I have an item with me somewhere to save us!”

First of all there’s a pair of ‘Rudy Project’ Wizard sunglasses, which I bought a few years ago now and I have absolutely no doubt they’ve been superseded. I just looked at their website and it hurt my brain with way too many models of glasses, complete with ridiculous names, so I gave up looking. I’ve no doubt though they have something similar with an equally silly name.

They have interchangeable lenses, but I bought these solely for riding my bike and the red lens is handy all year round in different light. The reason I use them hiking, is I’ve found these are the only glasses that don’t fog up on me when I start sweating. I have no idea why they don’t, but I let them do their job without thinking about it too much. I need sunglasses all year round and I cannot operate outside without a pair on even in the middle of winter.

Below the sunglasses is a yellow ‘GME Accusat pocket series 406/121.5 MHz Personal Locator Beacon (PLB)’. How much of a mouthful was that? I bought this brand as it’s Australian made and it was the only I could find at the time that has a seven year battery life. All of the others I saw are five years and I thought those two extra years would be worth it. How quick does five years go anyway?

I carry this on all my walks including my little day trips. I didn’t at first, until I realised on most of my day walks I don’t see any one and I began to wonder what would happen if I broke my leg somewhere. So, the beacon comes along on all walks and I think it’s $500 well spent, especially if I’m lying on the ground with a boulder on my arm.

Heading left to right is a standard ‘Silva’ compass. I’m a certified GPS man, but it pays to have a compass back up as part of my, ‘Don’t panic, I have a solution’ strategy.

Next up is my ‘Petzl Tikka XP2’ headlamp. Hiking stuff have weird names don’t they? I’ve been on so many walks where I’ve finished really late in the day (as in really, really late, as in it’s dark) It pays to have a little light as a back up and would also come in handy whilst waiting for the helicopter after setting the beacon off when I have the boulder on my arm.

To the right of that is a standard, smallish ‘Swiss Army’ knife, which I reckon I’ve had for at least 15 years. It’s nothing too fancy, but has all I need in a knife like a screwdriver etc. With my old Exped trekking poles the screwdriver was getting used every day to tighten the screws to prevent them from collapsing. I guess if worse comes to worst, I could chop my arm off with it, although the blade is a little blunt after all these years.

Next up is a ‘Garmin GPSmap 60CSx’ which I have a love and hate relationship with. It has the topographic maps for Australia and New Zealand on a card inside and I can’t fault those. The screen is quite nice and large, but it does have an annoying problem of just switching itself off when it feels like it.

Mm…that can be annoying, so when walking I’m regularly checking to see if it hasn’t crapped itself. Usually after switching it back on it works fine, but I did find on one walk it did that and when it got going again, all of the ‘distance travelled’ stats were totally weird. A five km walk became a 25 km walk sort of stuff up. Anyway, it seems to be working okay the last few months, so I’ll stick with it and if worse comes to worst it’s back to the Silva.

This is a bloody lot of writing. I thought it would take a half hour or so, but I’ve been slaving away for well over an hour now.

What else? Well of course there’s the beard. I’m the only bloke in the world with European heritage who can’t grow a beard and I’ve found it seems to be part of the uniform in about 90% of hikers. With so few hikers beard free, I decided to invest $5.95 of hard earned money and bought one. It looks authentic doesn’t it? Essential equipment for sure.

Anything left? Oh yeah, next to the ‘beard’ is a whistle, which is another ‘don’t panic’ item that I always carry. Three loud whistles is the universal code for, “Help. I’m stuffed” isn’t it? Well, it is over here so I’ve got that covered. Whistle accounted for.

Last but not least is sunscreen. What can I say?  It’s Australia and it gets bloody hot down here and I use this stuff all year round. I don’t want to end up as a leather face in a few years time.

Well, there you go. Not many photos and loads of writing. I hope you’ve appreciated it and especially all of my items laid out on the traditional Greek backyard of concrete.