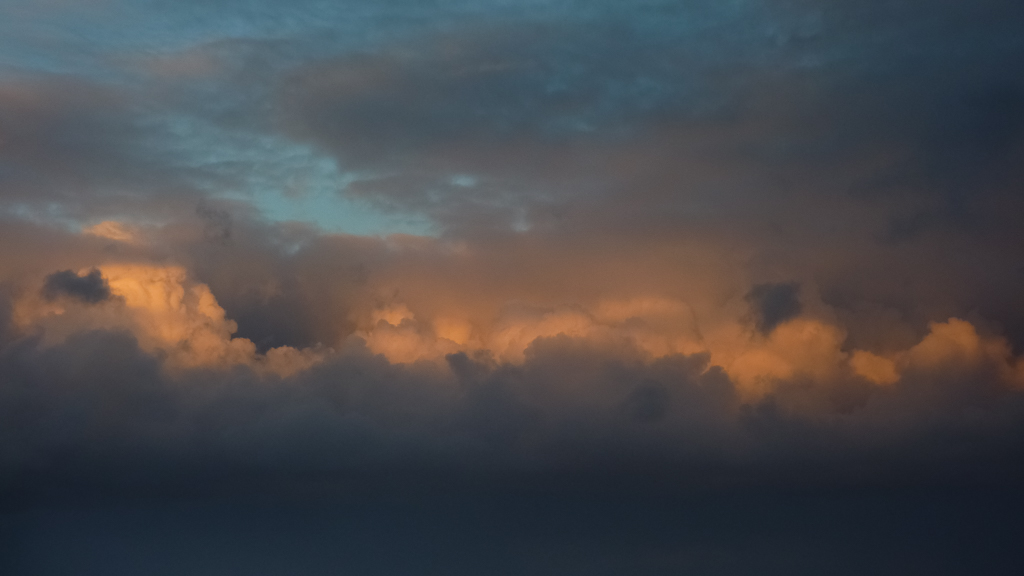 So here we go. The first day of my solo hike in winter along the East Gippsland Wilderness Coast. Mind you, if things went to plan I wouldn’t have a lot of walking to do. There was only about 9 km of beach walking from the start on Cape Conran Beach to my first camp at Dock Inlet, Cape Conran Coastal Park.

More importantly, I needed some military precision regarding the coordination of various modes of transport. Just so I could get to the start of the walk. I drove to Mallacoota overnight in order to get a bus that left at 8.00 am Monday morning. My aim was to leave my car at the end of the walk and hike back to it over the following week. Local Mallacoota legend, Tony Gray, who does so much to help out hikers in this area was kind enough to let me leave my car for safekeeping outside his house.

In the morning it was raining heavily, so the day ahead didn’t look too good. The only bonus of donning my wet weather gear was it made the back pack marginally lighter. Considering the weight on my back, I did notice it felt similar to lugging a small vehicle across my shoulders. Anyway, I managed to catch my bus on time, but this only went as far as the town of Genoa which was about 22 km away. Then I jumped off in order to catch a different bus. It was bus crazy at this point, as the one I was meant to meet was quite late due to a flat tyre. Anyway, it eventually arrived, which was the main thing. It now transported me another 90 km to the Cabbage Tree Creek Store where I hopped out again. I was now 14 km from Cape Conran, which was the official start of my walk.

The previous week, whilst organising this fiasco I’d spoken to Josh who’s the manager of the Cape Conran Coastal Cabins. Without even asking, he volunteered to meet me at the Cabbage Creek Store. Then he’d give me a lift to the start on the beach. If so, it’d be great news, as it saved me either a 14 km road slog or hitch hike, as there’s no other transport into Cape Conran.

In theory it was great, but in reality there were a couple of hiccups from the very start. Due to the flat tyre, the bus was running quite late. I was keeping my fingers crossed Josh wouldn’t give up on me and leave before I got there. In the end, he wasn’t there, but I met his wife Carla who was waiting to give me a lift. How friendly are these people?

It wasn’t totally straightforward though, as she informed me my presence was handy, as she needed to collect a wood chipper from a house on the way. “Okay”, I thought as we went on a road trip to a premises somewhere and helped her load up the wood chipper. This was getting to be a wild hike and I hadn’t even started walking yet.

Following the chipper off-load, she drove me to Cape Conran and I was ready to go. I couldn’t thank them enough for their generosity. By this time though, I’d lost nearly all of the morning, but considering the logistics involved it had worked out pretty well. Potentially, I was already ahead of myself. I had factored in a days walk from Cabbage Creek Store to Cape Conran if I didn’t manage to get a lift.

Rain had stopped, but with the sky a little stormy I finally set off. 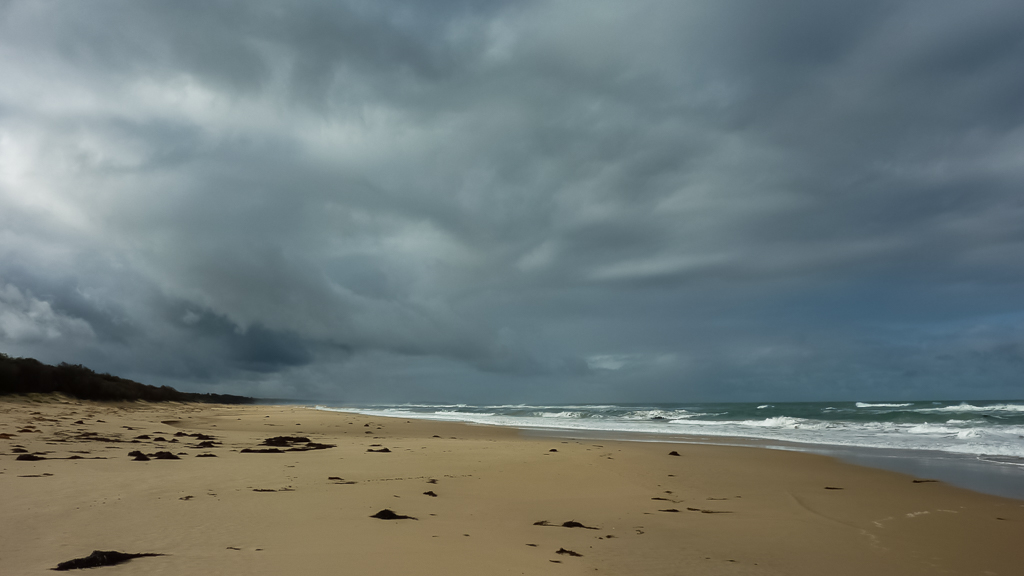 Although not at a cracking pace on soft sand with my 25+ kg pack. My aim was to walk as far as Dock Inlet, which was about 9 km away. No problem I thought. Well, after 200 metres I was puffing like a bastard and realised all the warm clothes I was wearing may cause spontaneous combustion.

A quick disposal of wet weather gear and I was away at an average speed of 1.4 km per hour. Yeah okay, I must admit, it wasn’t quite the fastest I’ve ever walked. Plus the GPS constantly taunted me of the sloth-like pace I was travelling.

On the sand, finding the right spot to walk was a tricky. High up on the beach and it was soft, so I considered being closer to the water would be better. I did this, but found the sand to be, well, really soft. In the end, I elected to walk on the extra soft sand in the middle of the beach, as at least it was level. Walking on an angle with a heavy pack wasn’t really doing it for me.

I worked my way into a 100 metre rhythm of walking and then stopping to get my breath back. It was slightly pathetic, but it worked. I passed a group of people fishing and they stared at me with the reaction as if they’d just seen the King pass by. Oh, not the regal bloke. I’m thinking more like the 1970’s, oversized white suit Elvis.

Anyway, I hadn’t travelled far, but it already felt quite isolated and I figured I wouldn’t be seeing many more people for the day. There were some nice sights out across the ocean with the odd rainbow… 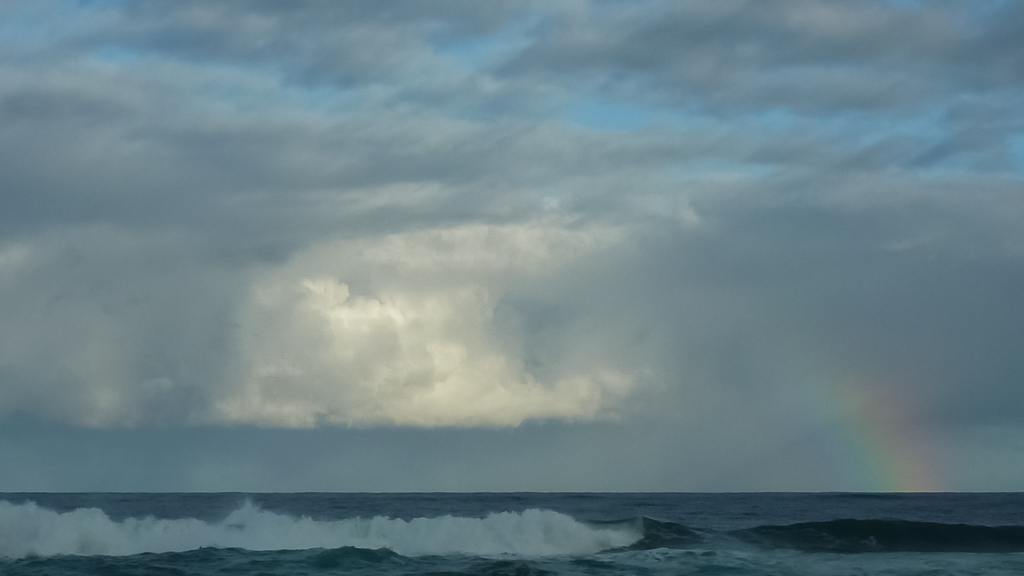 …plus an unusual looking cloud. It appeared to have a huge hole in it. 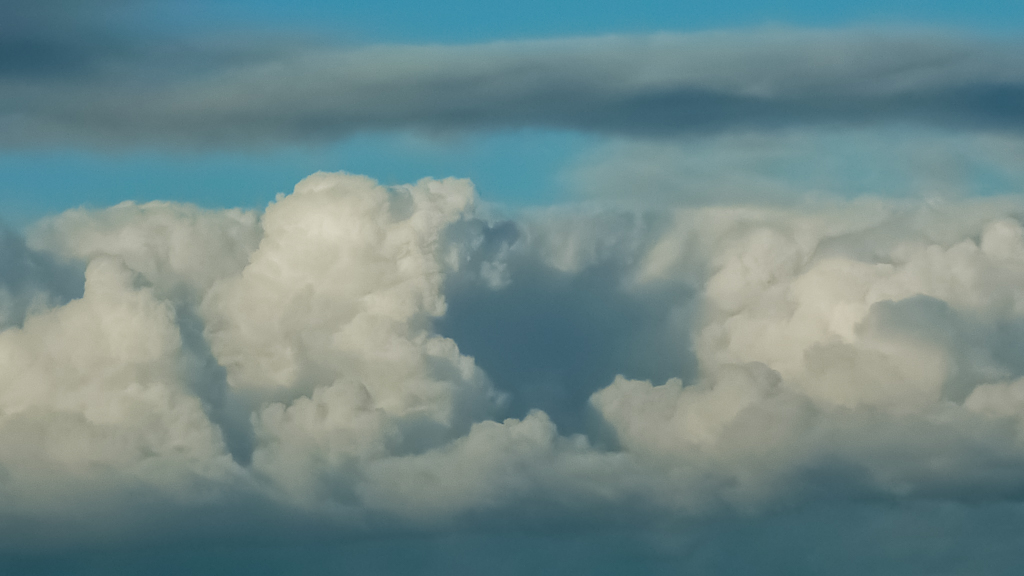 On I struggled and I really mean struggled, as the pack weight was a little draining. In the end, I managed to find Dock Inlet without too much trouble. With the short winter day, I wanted to be at my destination in order to set up, no later than 4 pm.

Dock Inlet is a nice, large lake hidden behind sand dunes. I found a spot at the eastern end of the inlet, which seemed quite protected from the wind coming in from the ocean. It certainly was nice to dump the pack and feel human again. Setting up the bivy took about 23 seconds, so one can say it’s the perfect sort of shelter if time is short. It left me plenty of time to cook up a bizarre concoction before daylight began to fade.

Following dinner, I spent some time wandering around and checked out the ocean as the sun was setting. 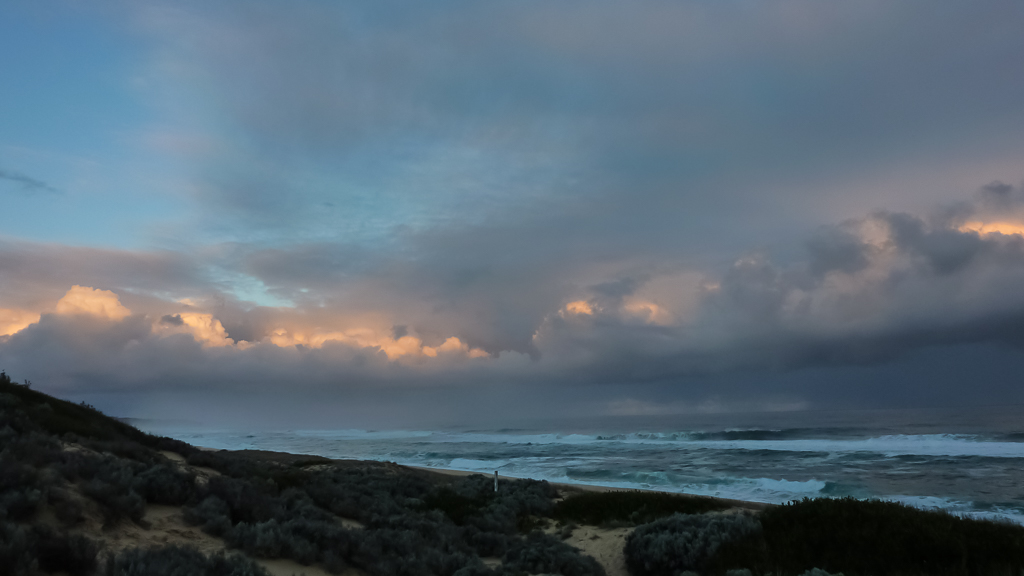 There was also a nice glow of the sun over Dock Inlet itself. 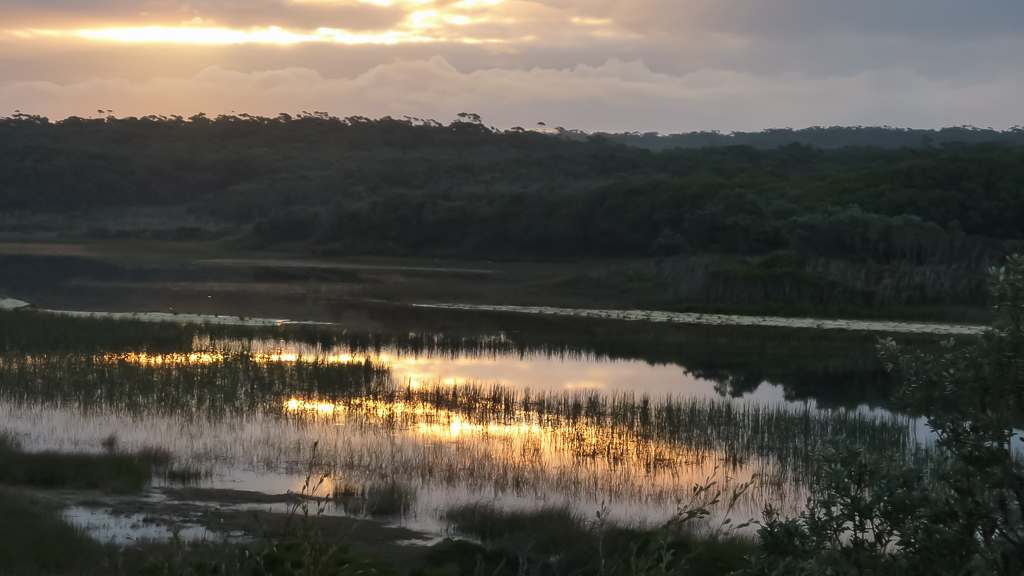 There hadn’t been a lot of walking, but timing all of the early morning transport had stressed me out a little. It was good for that to be sorted and actually concentrate on walking instead. I was then off to bed with the iPod for a short session of music. I think the song of choice was ‘Cities in Dust’ by Siouxsie and The Banshees.