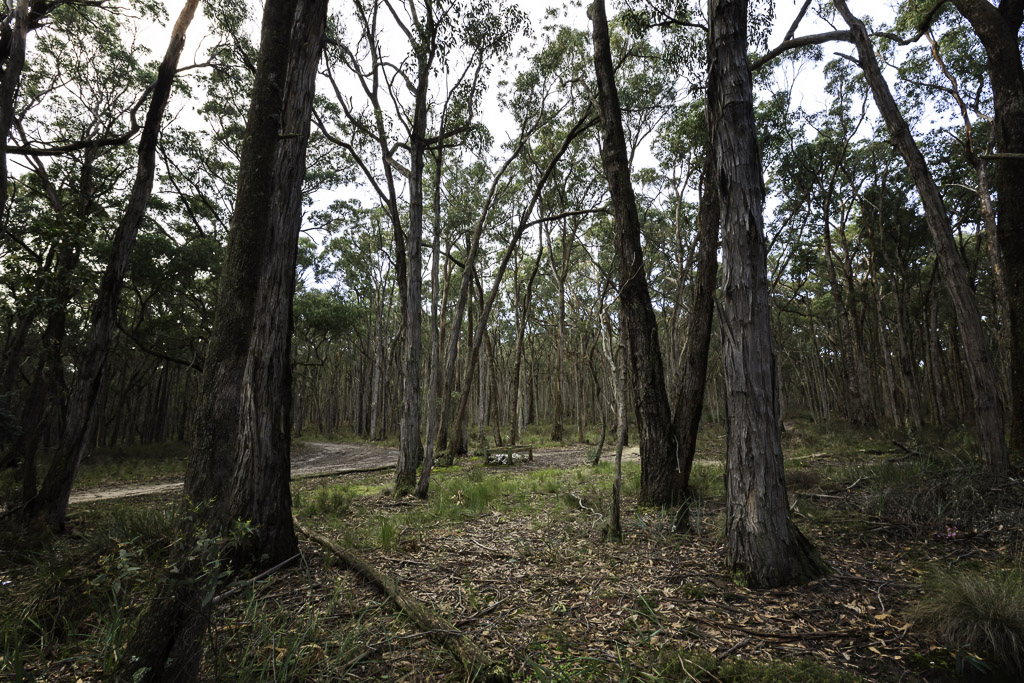 It looks like I haven’t posted for a while. Again. Oh well, eating and sleeping seem to be getting in the way of blogging. Anyway, in my drafts folder I’ve had a number of unfinished posts for quite some time, so I figured I’d get them out of the way before tackling other stuff. Believe it or not, but this entry was started a year ago, but like other ideas, fell by the wayside. It was meant to carry a wealth of information, but unfortunately it didn’t eventuate.

It exists though and I’ve got photos, so I might as well hit publish and get it over with.

The Shepherd’s Daughter’s Grave, Lal Lal sits in a lonely piece of forest just outside the Lal Lal-Bungal Historic Area in Victoria. Now this is where it gets a bit difficult. I have no particulars regarding its history, other than a solitary link and a photo that was taken in 1951. As a result, this post will be a lot briefer than intended.

In-between aimlessly wandering through the bush, I’ve also been keeping an eye out for other outdoor interests. As a long time cemetery buff, I’ve always been intrigued by graves that aren’t within graveyards and this one certainly fits the bill.

It was last winter when I first visited this spot. Afterwards I began a post, but hit the wall immediately. I think I lost a month trying to nail the correct grammar in the heading. Does the daughter have an apostrophe? What about the shepherd? Surely he’s got to have one. Then to make it tricky, the following link has it listed as, ‘The Little Shepherd’s Daughter’s Grave’. Hang on. Who’s little? Now it sounds like it could be the shepherd. Where does the little come from anyway? So many questions and it stretched the highest level of my education. Year 11. Mind you, I got C+ for English Literature, so I nailed that one.

Anyway, here’s the link to the only information I’ve got. A sheet for tourists.

From experience, links like this tend to go dead after a few years, so here’s the relevant part.

‘It is the grave of a little 6 year old girl – Mary Ann Paterson – who was droving sheep with her family on this side of the Moorabool River. There was a cold and rainy period and she developed pneumonia and died. The river was in flood and the bridge to Mt Egerton was under water and a doctor could not get across to help her. She was buried in the bush as there was no access over the river to the cemetery either … She died in 1867 at the age of 6 years old.’

As you can see , it’s sobering stuff. A visit was definitely in order, just to highlight a snippet of Australian history that seems to have been lost over time.

On my first trip to the forests around Lal Lal a simple trip in the car turned into drama. I’m not sure why, but I assumed a post about not walking a step should be fiasco-free, but that’s not how this place seems to work. I was going to detail the full saga in this post, but I’ve decided to split it. The subject matter of this one warrants a subdued write-up, whereas the next will contain some off-beat moments. 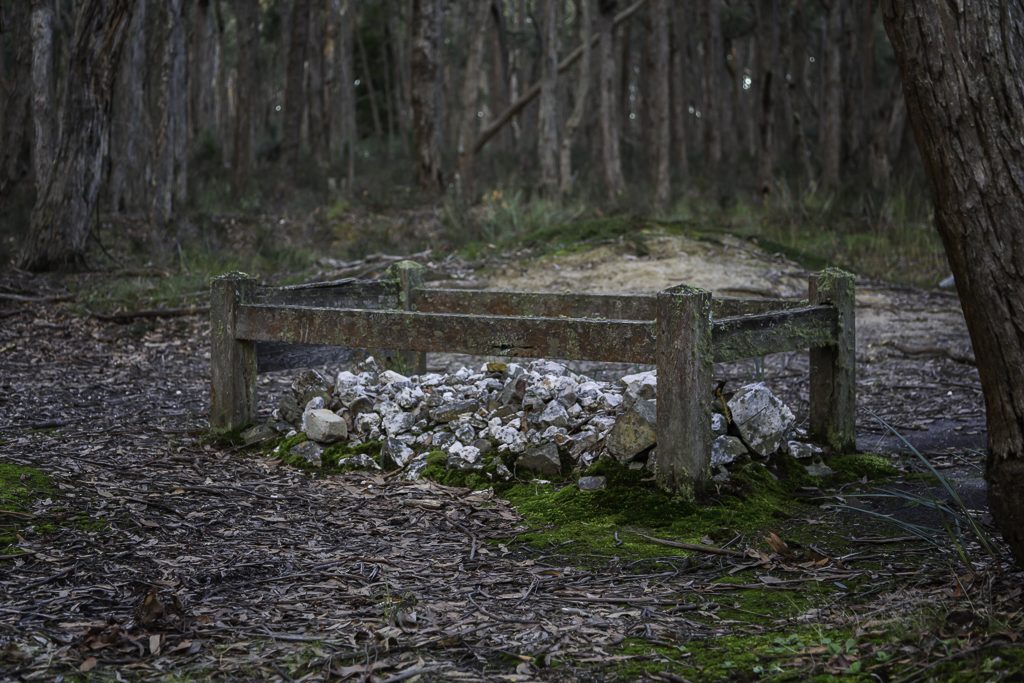 Now you can see why I haven’t posted this earlier. I’d prefer to have some information, but unfortunately I’ve drawn a blank. Rather than the shepherd, I’d like to know the story of Mary Paterson. I’ve sent a few emails seeking further details, but I’ve been unsuccessful finding out anything further. As it is, I’ve got nothing. Instead, all you’re going to get is a few more photos. 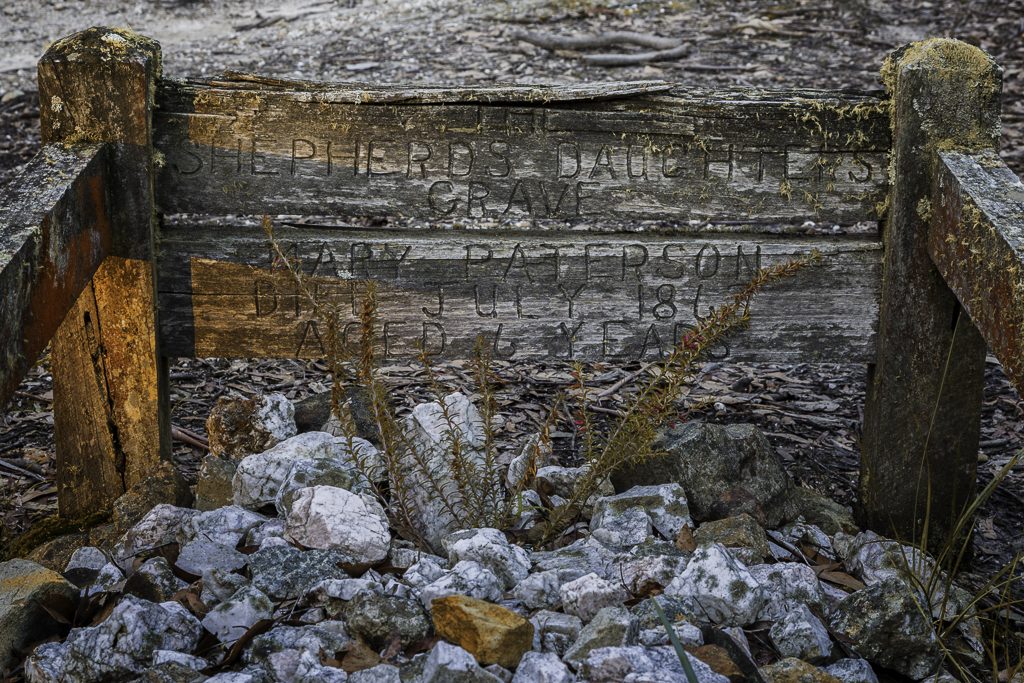 I actually had a grand vision of capturing this spot under moonlight, but it didn’t come to fruition. Three times I’ve gone to this spot in the middle of the night and although I’ve set off under clear skies, upon arrival in the forest the entire area has been cloaked in clouds. I imagined a ghostly glow like this…

…with stars through the trees, but ended up with nothing of the sort. Wandering around in the dark was a weird feeling and I wasn’t sure if I was keeping the grave of Mary Paterson company or the other way round. 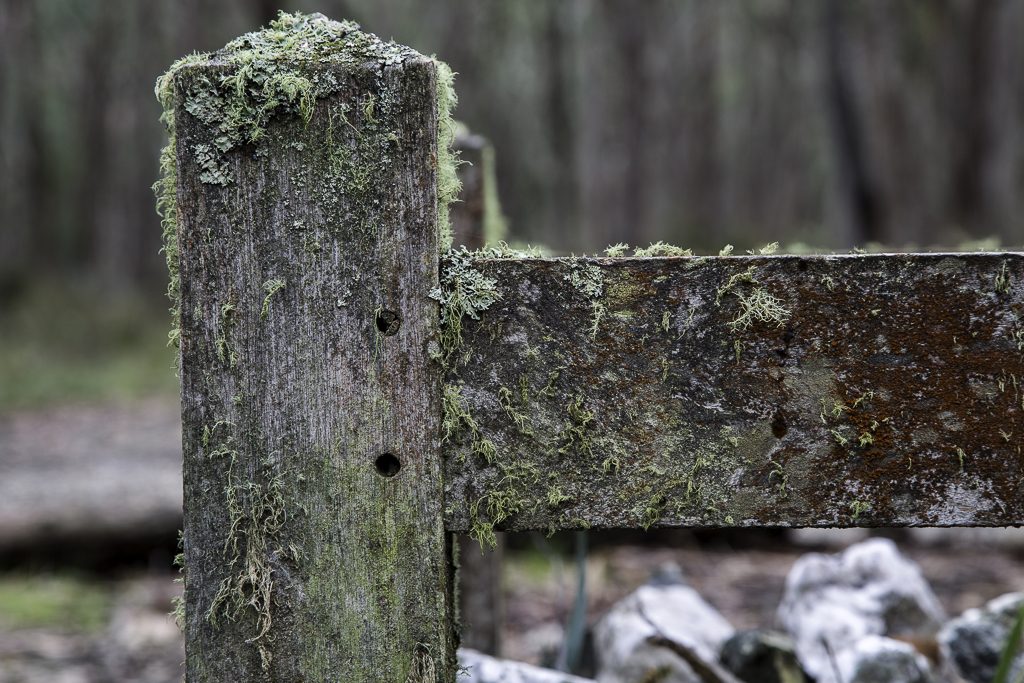 I’m intrigued by the timber surround, but again, I’ve no idea when it was built. It appears in this photo taken in 1951, but the headboard is different than now. I assume the stones were laid on the grave originally and the timber was erected some time later. I think. Anyway, that information brochure calls it the ‘Little Shepherds Daughter’, but after looking at the headboard, there’s not a ‘little’ to be seen, so it appears that’s been added to the story over time.

The earlier link also mentions a small vase on the grave, which always has flowers in it. This hasn’t been the case during my visits, although in the late afternoon a fallen flower lay across the timber fence, adding some colour. 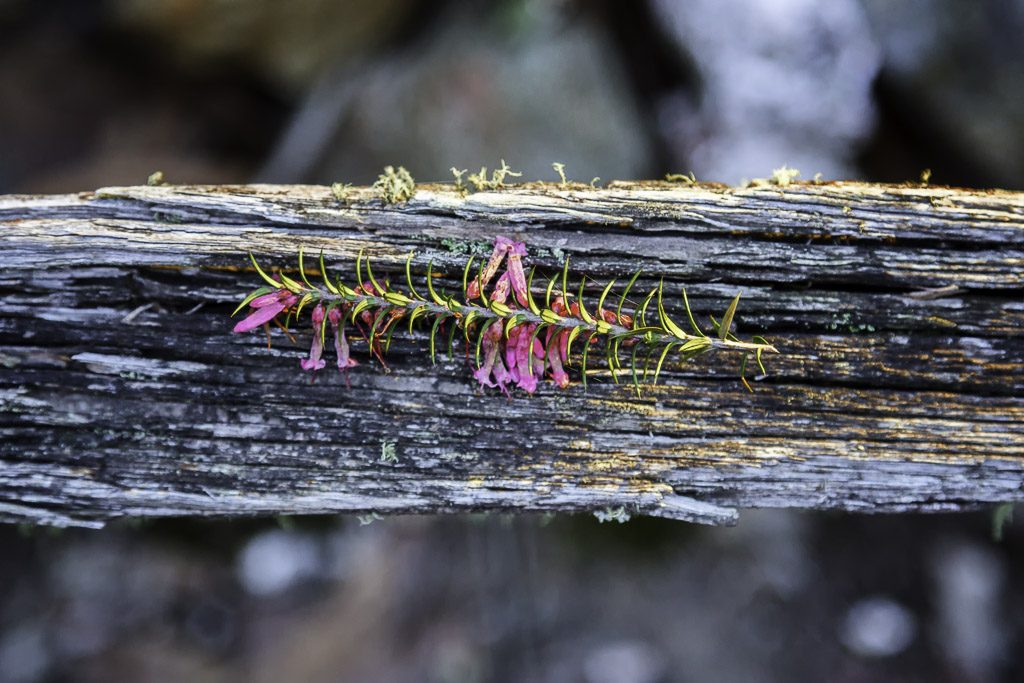 So, as you can see, I don’t have a lot to go on, but if anything comes up, I’ll add to it in the future. Also, on my first visit, finding the grave with the directions given was a bit confusing. I’ve been there so often now though, going back for a follow up post will be a cinch.

There you have it. As you can see, the most common line in this post has been, ‘I’ve got no idea’. A bit like life I suppose. Oh well, regarding this story, some ideas never happen as planned. Okay, next up is a further exploration of the Lal Lal area. Fasten your seatbelts.