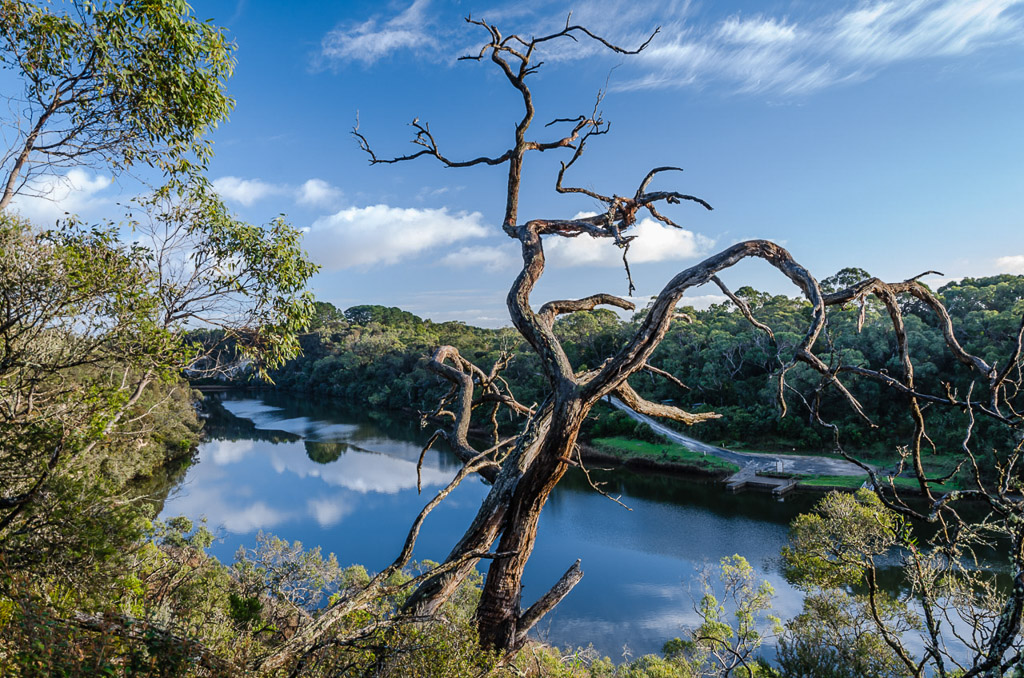 You know what? I do like a saying gone wrong. I was just watching TV and some bloke triumphantly declared his last minute success with, “I pulled the monkey out of my ass!!” Did he really just say that or was I dreaming?

Anyway, I bet you were wondering what happened to the eternal saga of this hike? Well, it’s back and the story continues. The walk was completed last June, but I’m applying the Statute of Limitations under the Blogging Act to the write-up. If it’s written up within 12 months of the walk completion then the content is still relevant. That’s one good thing about blogging. I get to make stuff up.

Now, this post is semi-topical as the region of the Great South West Walk (GSWW) has been in the news a lot lately. That’s because it’s on fire. Large parts of the walk are still closed, which is one benefit of winter hiking. I never thought it would happen, but since those apocalyptic fires of 2009, I weigh up the risk of inferno to my summer walks now. Years ago, I remember regularly going training in the Kinglake area on boiling hot days with no thought of the fire risk. Well, times have changed since the area was razed on Black Saturday.

It doesn’t end there, as I’m planning a major hike for the end of March which starts in the old gold-mining town of Walhalla. Guess what happened last week? Walhalla just happened to be under threat of a major bushfire that’s still out of control. At this rate my next major hike will be along the foreshore of St Kilda.

So, to bring you all up to date with this days events. Starting at Pattersons, it was a 20 km walk, following the Glenelg River through the Lower Glenelg National Park until reaching the coastal town of Nelson. Officially, this is the halfway point of the GSWW. Smuffin and I had walked the first half of the GSWW only a week before, but I abandoned at Nelson due to a blister fiasco.

A week later I’d set-out again. Starting from scratch at Portland. Smuffin thought this was ridiculous, so instead of joining me, he said he ‘might’ meet me at Nelson and complete the last section, which we missed out on the first time. The thing is though, I had no idea if he was going to be there or not, as there had been no mobile phone coverage for three days. Phew!

As a result of a crap sleep, I awoke at Pattersons camp well before dawn. This was surprising, as the camp area was one of my favourites for the entire walk. Then again, try and get a good sleep when you’ve got PTSD. I seem to have dreams that run in circles. It’s either slaughtered bodies, a gun that always jams when I attempt to fire it, getting caught on rocks at high tide for no apparent reason or suddenly realising I’m at school and I forgot to wear pants. Just the other night I dreamt walking into a lit room, but out of a darkened corner (of course there’s a random dark corner in a lit room. It’s a dream) someone leapt out and smashed me over the head with a club rendering me unconscious. It’s no wonder I wake up drained!

I waited until there was enough light to see where I was going without headlamp and then set off. I was soon climbing to the top of cliffs that run alongside the Glenelg River. Actually, I think you’re due for a photo seeing how I’ve written a million paragraphs that have been sans images. 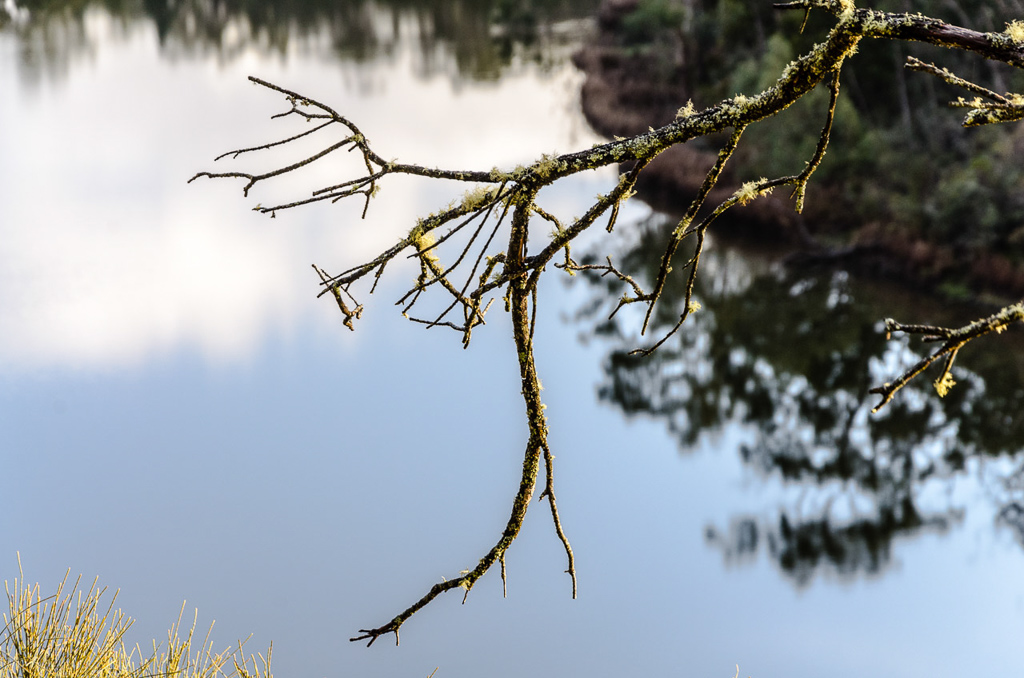 Okay, it’s not the greatest photo, but it’ll do for now. I was making good time on the walk and eventually reached a point where there was some mobile phone coverage. It was time to see if Smuffin was going to join me at the halfway point. I was feeling quite sceptical as Nelson is a long drive from Melbourne and it was freezing, so I sent the following text message of encouragement,

“Heading into Nelson today. Are you coming down or wimped it?!” Immediately a reply came back and I must say it was impressive, “I’m at the pub as we speak.” So, there you go. I now had a walking companion for the second half of the hike.

I continued on and this section is full of sights, where the river takes on a different look than before. Large limestone cliffs line the route and there are plenty of great lookout points. 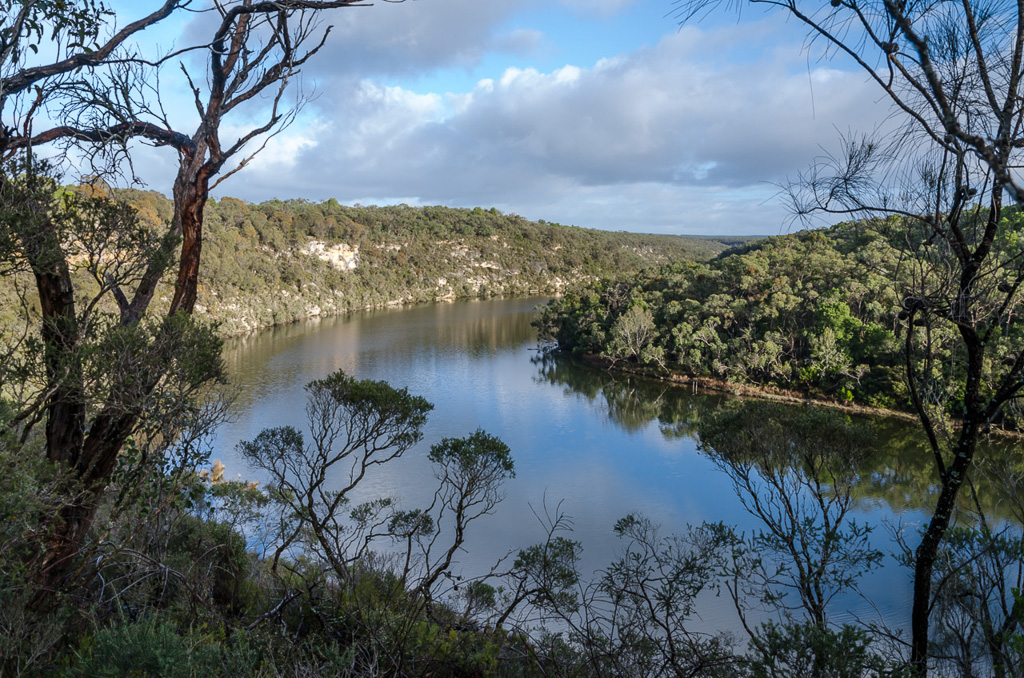 Actually, I’ve written so much at the start of this post, I might as well rattle through the rest of the entry with photos. I did have one annoyance along here and that was a blister forming on the side of my foot. My socks hadn’t really dried since the previous days rain soaking, so I think that had a lot to do with it. I continued on… 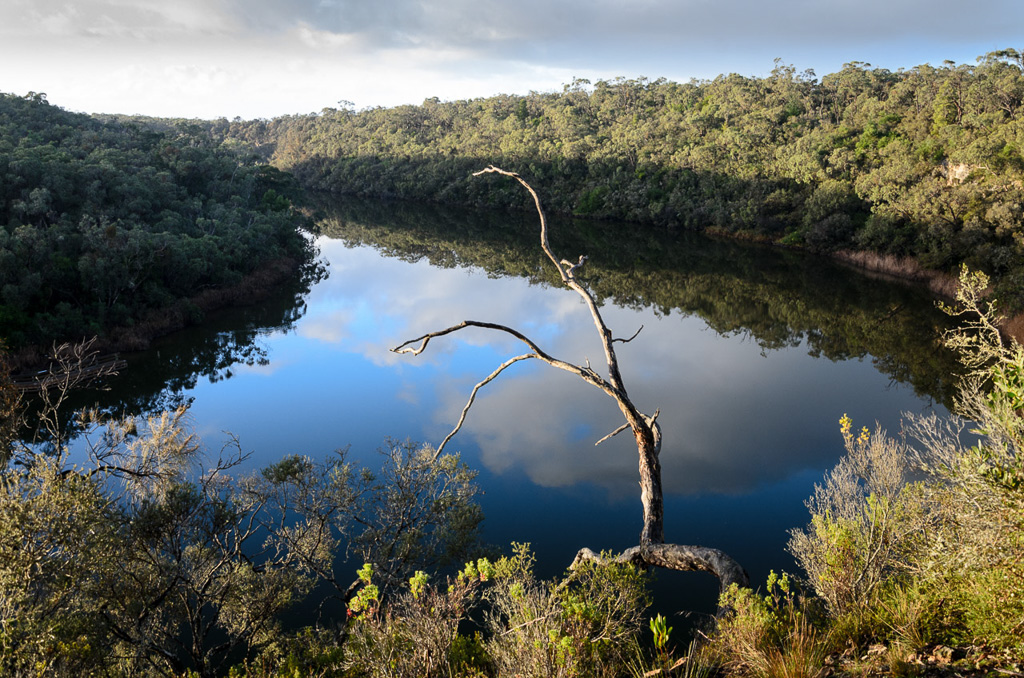 …and I was rewarded with the weather. Blue skies bring on a different look to the area. 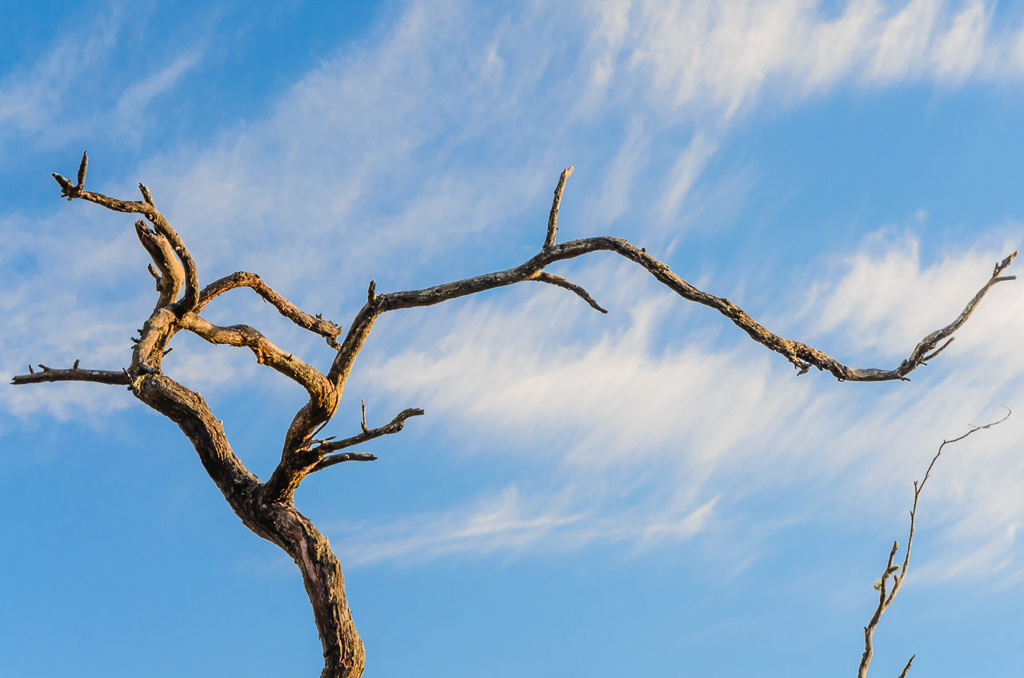 It drew some wildlife action as well. I’m not sure what these Australian Shelducks (I think) were doing, but they flew by along the river squawking, but would then turn around and head back again. This happened quite a few times and I’ve gone for the most insane crop imaginable. Trying to get some sort of image from my extremely minor telephoto lens. Their energy was impressive, but so was mine considering the work I’ve just put into Adobe Lightroom to get these pictures. 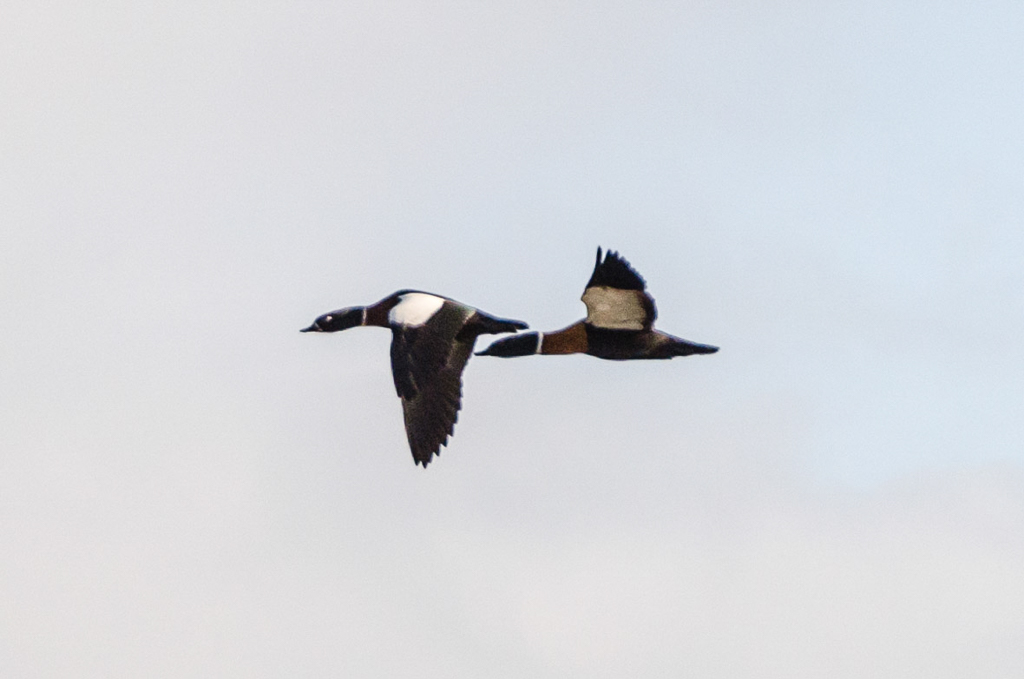 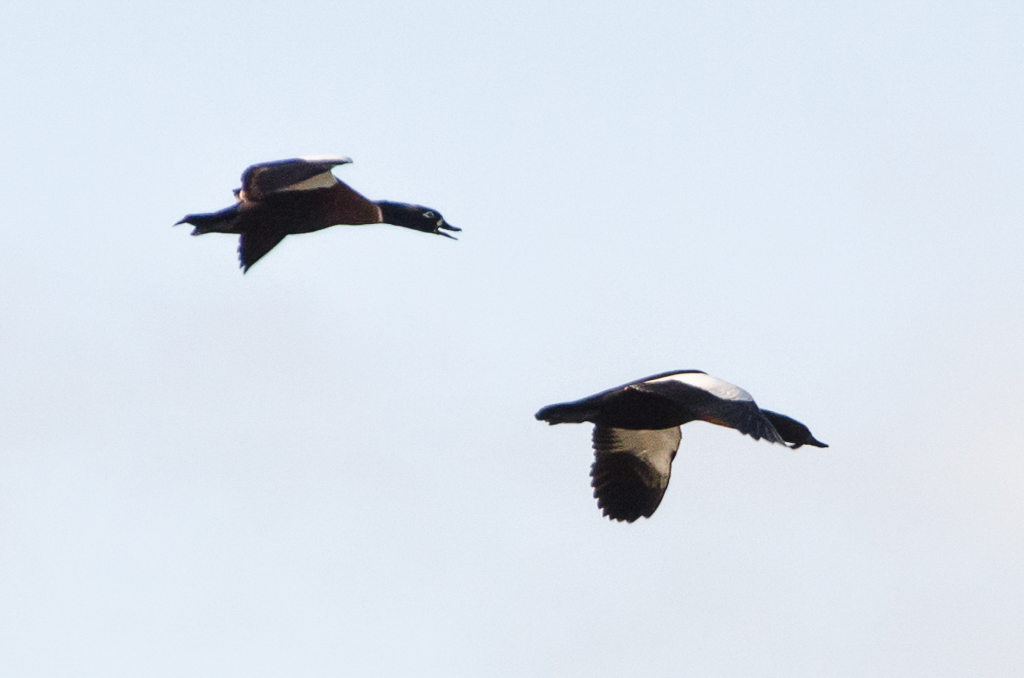 I continued on, following the path lined with grass trees… 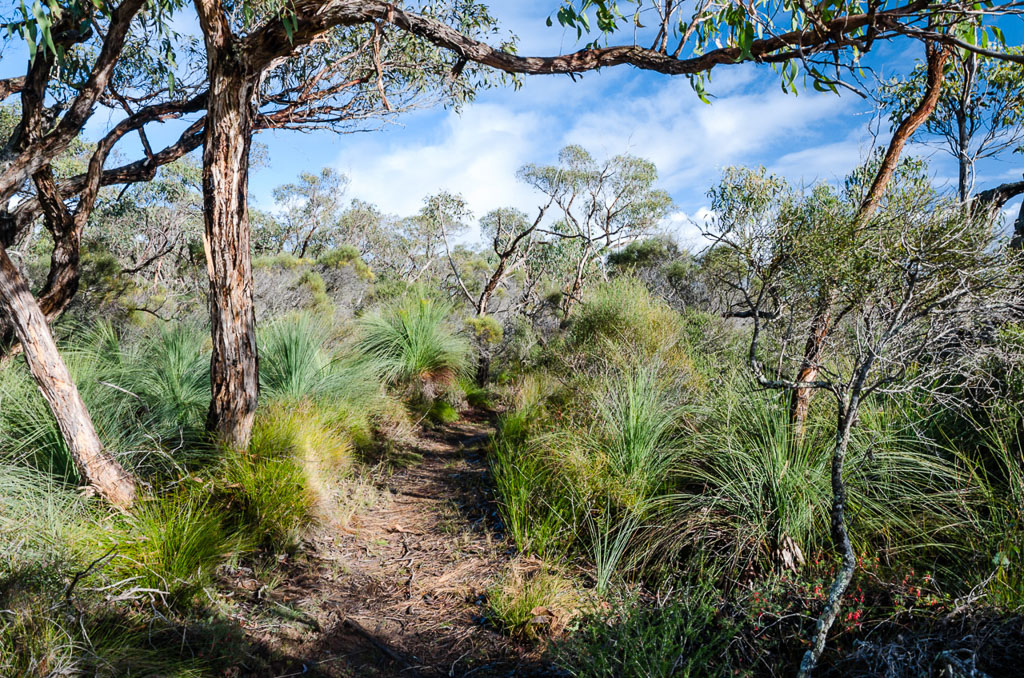 …whilst looking back at the limestone cliffs. 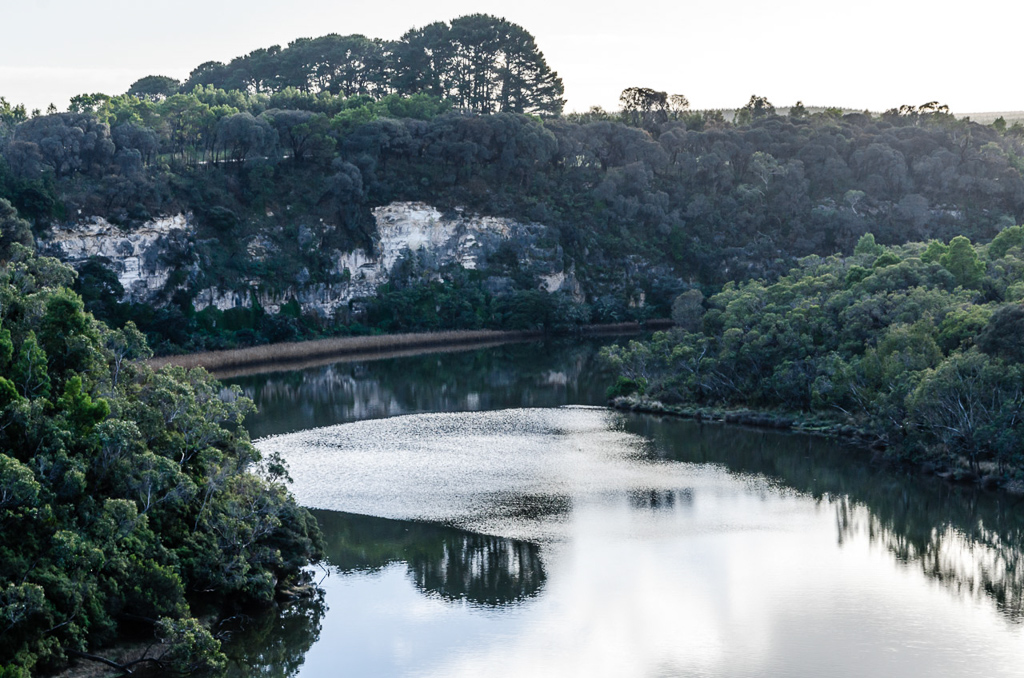 The river stretched out in front of me, as I continued to make good time. 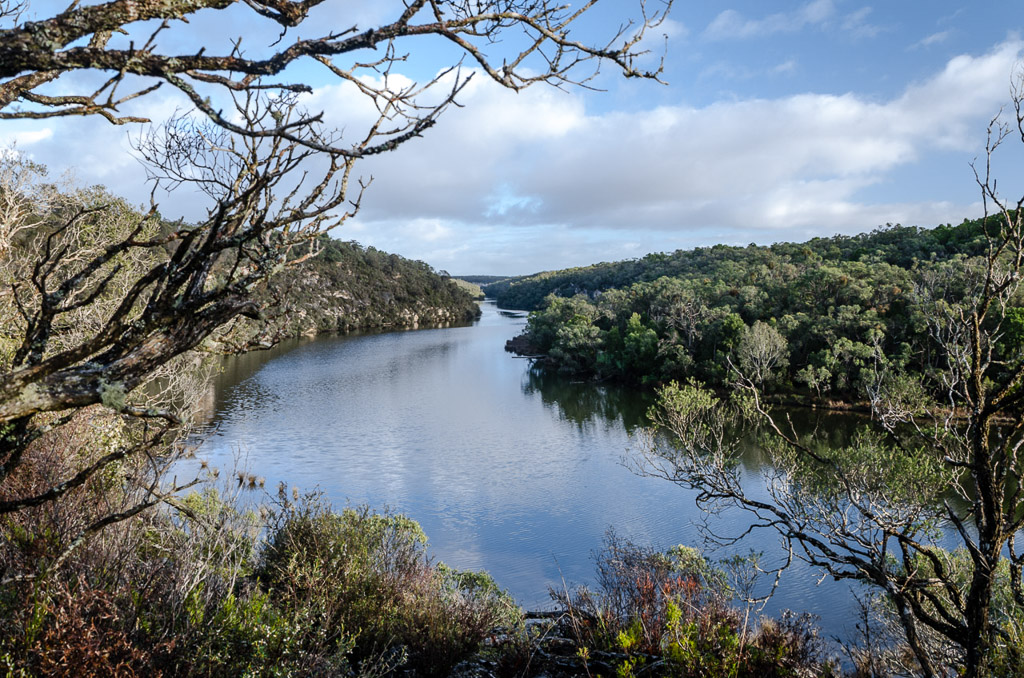 I’ve never been to this area in summer, but I think it would have a different look with boats powering up and down the river. It was all quiet for my walk… 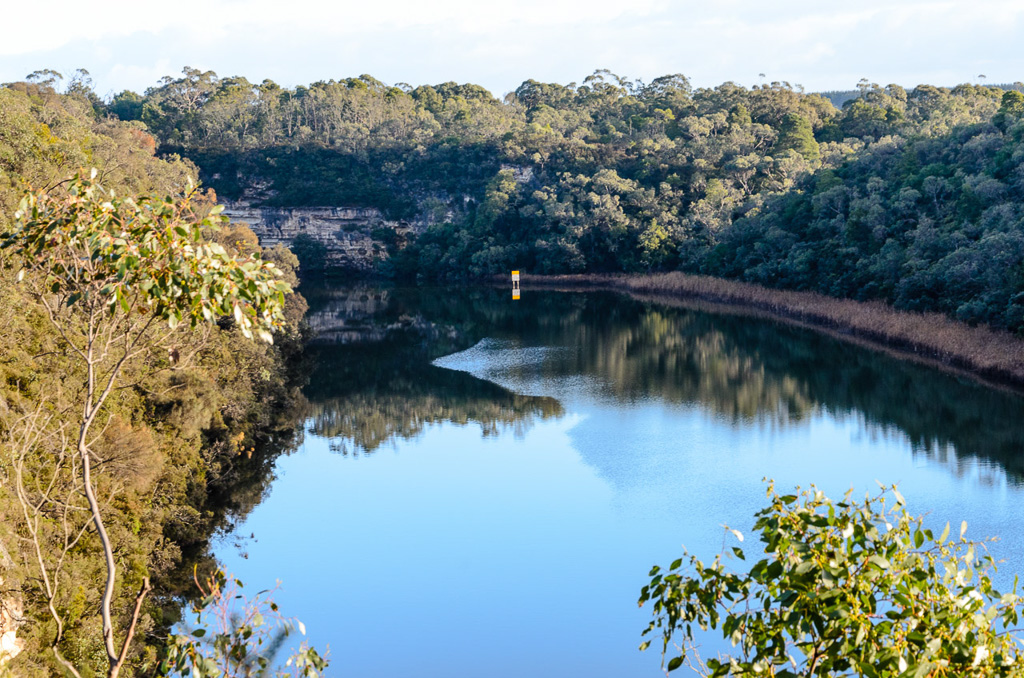 …and the track is attractive for wandering. 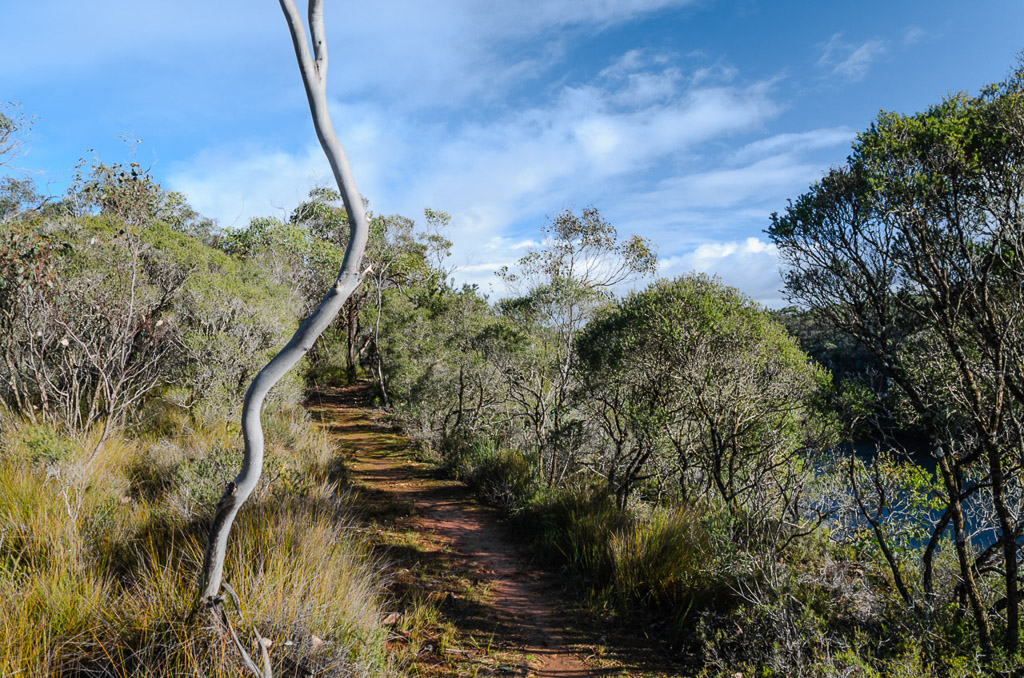 I motored on and reached Simsons camp, which is just outside Nelson. There’s a brand new shelter here and like all of the others is nice and plush. 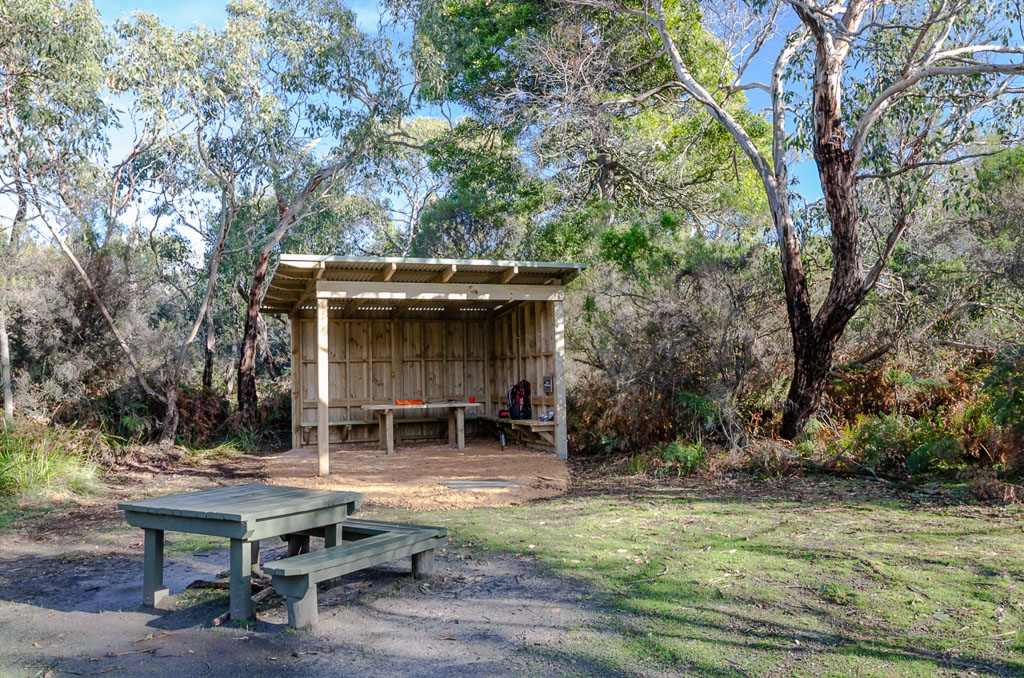 Smuffin sent a message saying he’d pick me up at this spot, but as he was busy doing food drops I had some time to wait. I relaxed, drank all of my water and even though the sun was out it was quite cold, so I thought a hot brew would be perfect. Unfortunately when I went to refill from the brand new water-tank I found that it wasn’t working. Either the tap was faulty or there wasn’t any water in the tank. Who knows, but now I was officially brew-less.

At least I had the camp log book to keep me company. I’m not sure what some of the comments were meant to mean though. 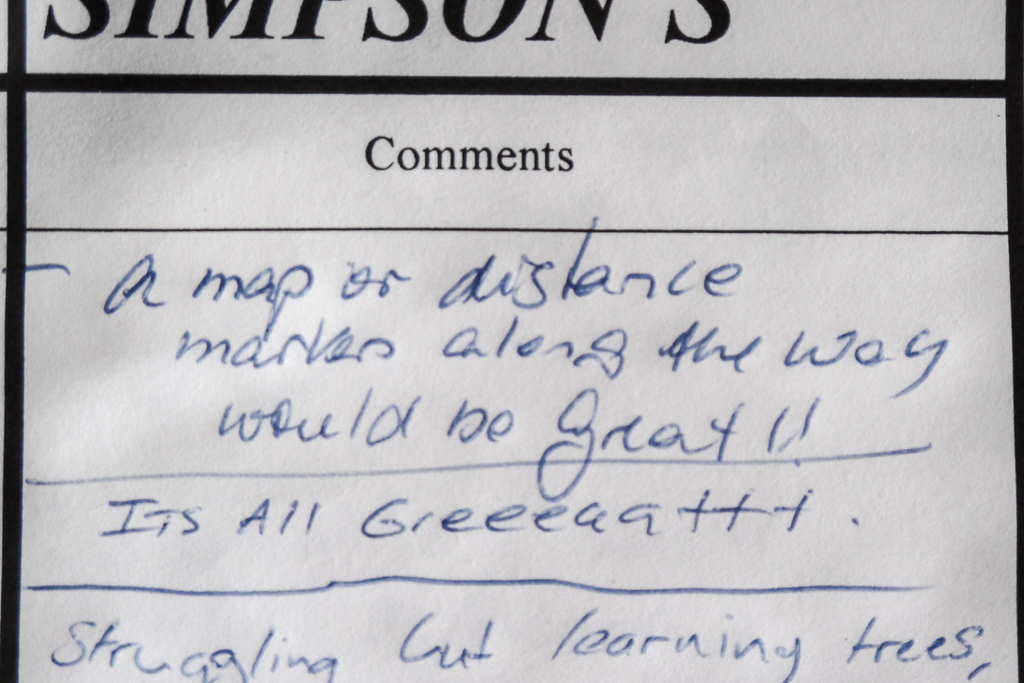 Yeah, the spelling of the camp is wrong. It’s actually ‘Simsons’. Then again, I can go with the error, as I also wondered where the ‘p’ went in the camp name. Not to mention the book calls it Simpsons! Oh, but I’m not sure about missing the camp? There’s an enormous wooden shelter next to the track. Anyway, I guess the noisy cows were a distraction?

I sat around the camp for an hour or so and with no sign of Smuffin I gave up. Electing to walk into Nelson which was only a few kilometres away. Then a bizarre exchange of text messages ensued, which were marred by poor phone coverage. Not to mention my battery going flat, just as I was in the process of telling him what street I was in. Somehow it all came together and I met him just outside the Nelson CBD.

A quick check-in at a caravan park and the day was done. It’s the half-way mark! Now, all I have to do is write up the entire stroll back to Portland. I’m not even sure how many entries that is, but don’t forget I’ve got until June to finish this.