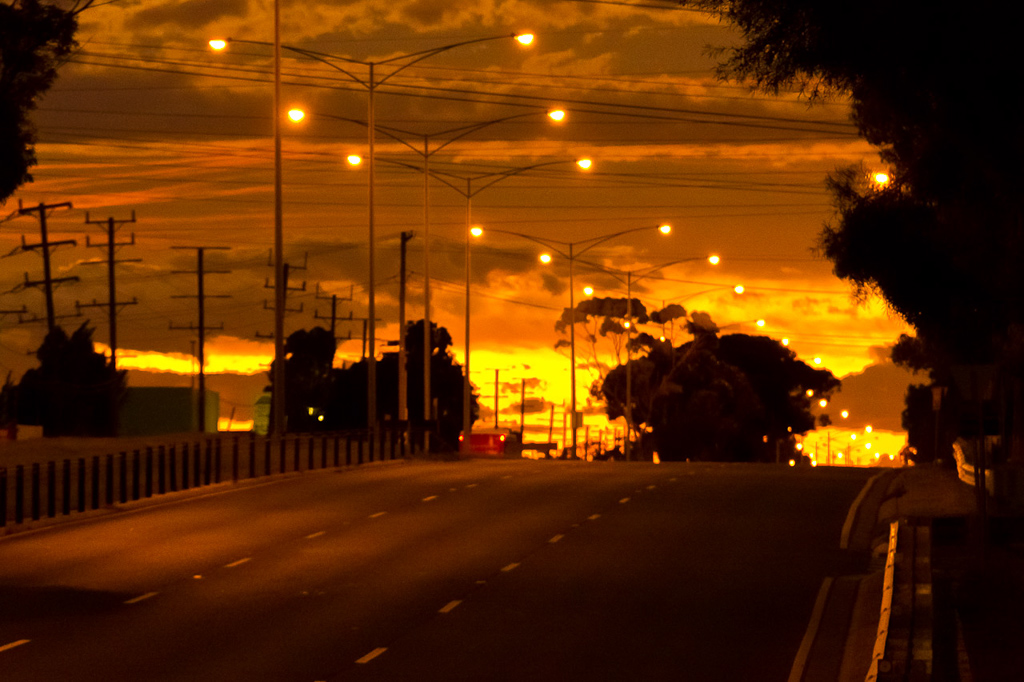 I started the new year with good intentions of really getting this blog rolling. You know, lots of frequent posts full of wonderful writing about how marvellous I am. Well, that lasted about 12 minutes once the grind of work kicked in and I’ve found the last few entries to be quite hard to complete. What’s going on in this blogging business? No wonder some people just give up. I read the other day the average life of a blog is 30 months. Mine started in August 2010, which means I’ve still got some time up my sleeve before I put my head in the oven.

So, I’m switching to a mixed bag of posts, which will keep my enthusiasm going and the aim is to try and publish one entry per week. What happens if I’m knackered and can’t be bothered writing? That’s a good question, but I’ve already thought of an answer. You know what I’ll do? Well, cheat of course. If I’m slipping into a coma at night after work, I’ll just post a photo. How’s that? One can’t get too technical about this stuff. Oh yeah, this post is going to be plain old rambling. Don’t expect hiking detail in this one, so if you’re anxiously awaiting my review of cuben fibre fishnet singlets and silnylon underpants, I’m afraid you’ll have to wait a bit longer.

I walk to the railway station in the morning and there’s a lot of nice sunrises which look fantastic, but there’s a problem. In order to take a photo of the blazing sky I have to contend with a maze of street furniture. Power poles, light poles, cars, wires etc etc. So, I’ve decided with any pictures I take, I’ll just include stuff in them, as there’s no hiding where I am. I’m not going to make out I’m down the coast or climbing a hill. This is straight out suburbia, so I might as well include it.

There are jets flying overhead… 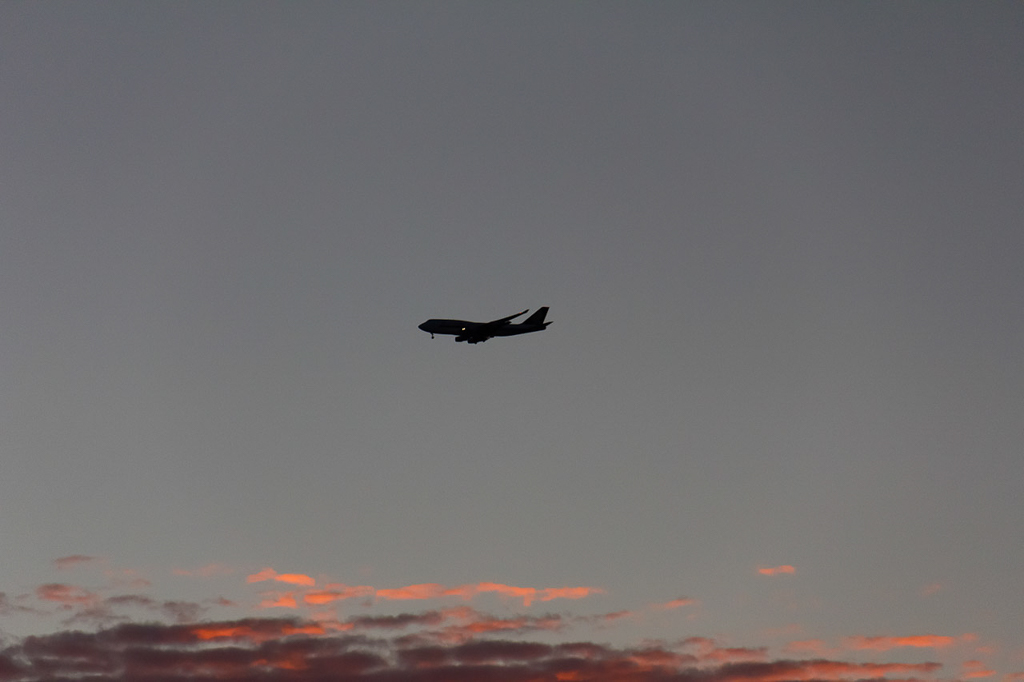 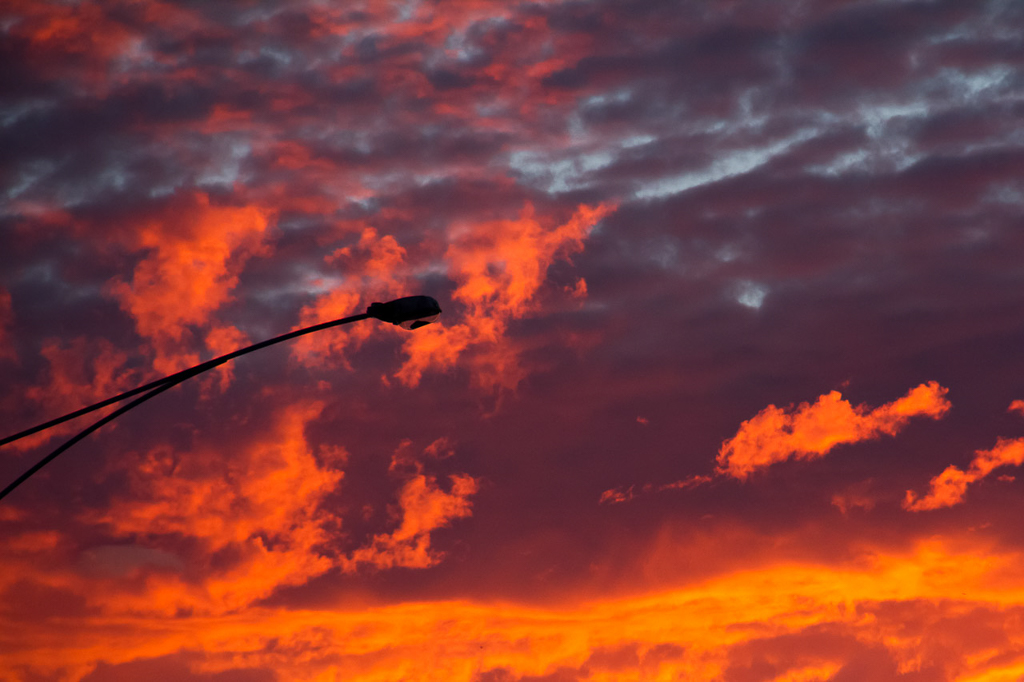 If rain is coming in the morning I take my camera with me, as I know there will be a good sunrise. Just like the old saying, ‘red sky in the morning, why aren’t I in bed snoring?’ It’s a bit of a struggle manhandling a DSLR to the railway station and there’s the possible perception of being identified as a camera wanker, but it’s the price I’ll have to pay until I find something more discreet.

The early morning walk is quite nice and even the train trip doesn’t bother me too much. It’s the arriving at work caper, which is the problem. Even today I had a traumatic incident within the first twenty minutes of getting to the office. How do I describe this? Do some words you hear make you want to pick up bricks and hurl them at the person saying them? Well, today a bloke used three hideous sayings in one five minute phone call and even now, I’m not sure how I survived. Let’s have a photo first, so I can psych myself up. 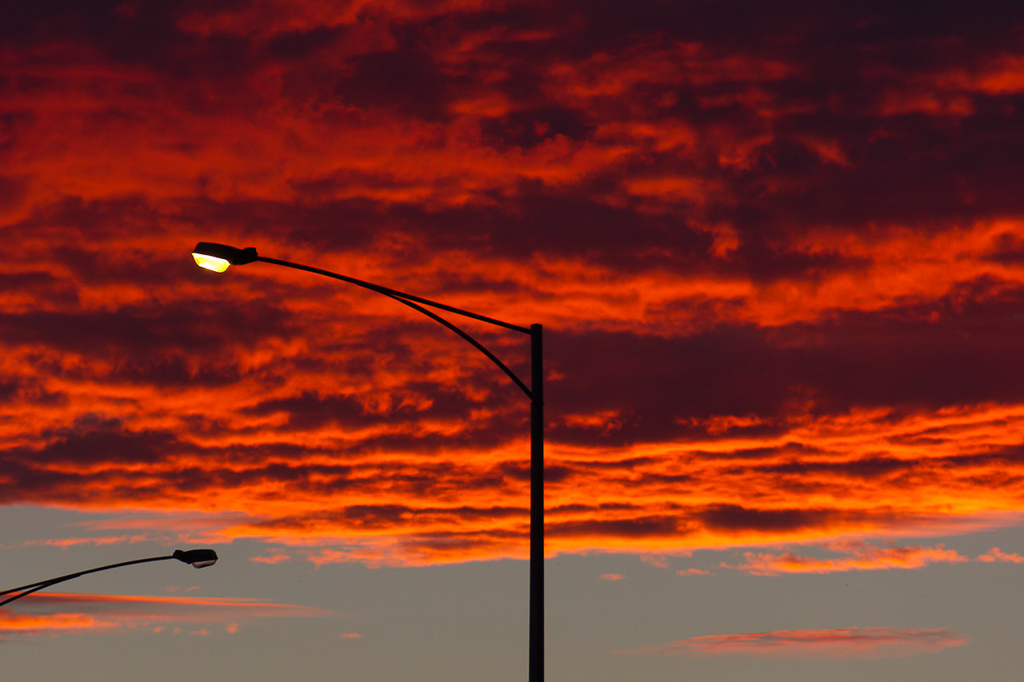 Now that phone call. For starters, in this conversation he dropped the phrase, ‘happy days’. It was used like, “It’s payday today. Happy days!” Oh brother.

Okay, it was only going to go downhill after that and I wasn’t disappointed when he suddenly spouted, ‘cool bananas’. Are you kidding me? Are you fifteen years old?! I was officially struggling at this stage, but the real kicker was to come when the phone call ended. Yep, he said goodbye with ‘ciao’. Oh. My. God. I’ve said this before, but the only people who can get away with saying ‘ciao’ are Italians or Europeans in general. White bread, middle aged Australian men sound like complete dicks when they utter it. The ‘ciao’ finished me off and I almost performed a power-spew of my morning cup of tea in between wanting to jam blunt pencils into his eyeballs. How was I supposed to recover after copping that first thing in the morning? 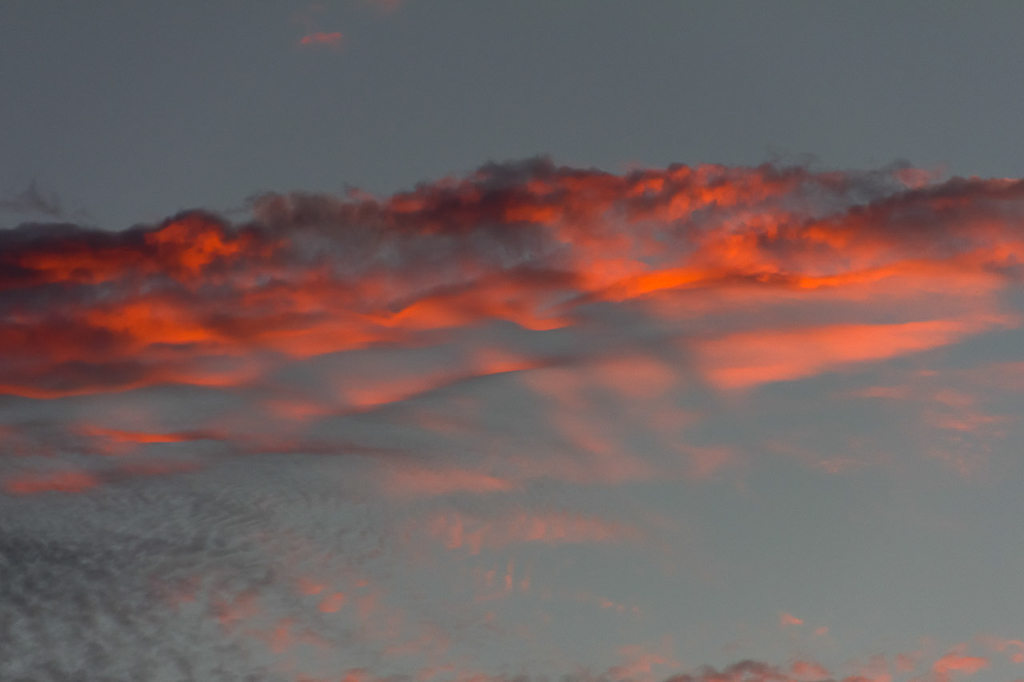 I do have some more trip reports to write up, but I need a few ‘brain cleaning’ posts interspersed with them. I’ve also being a bit flat with some sort of ailment, which left me sweating profusely for a few days. I consulted my doctor (Google) and surprisingly didn’t find the problem. Although as a result of my research, I now know one of the symptoms in about 99% of all illnesses known to man is excessive sweating. The only one I could find where it isn’t is death. I couldn’t find out what happens after death, as the research from survivors seems a little thin on the ground.

So, although the odd walk needs writing I haven’t done as much as I’ve wanted. That’s a pity as I’m still involved in my ‘shoe-off’ to find my ideal walking footwear. Besides wearing in shoes, I’m also wearing in my leather couch. I mean, I want my couch to be moulded to my shape perfectly and it’s taking a lot longer than I expected. I’ve had to do a fair bit of sitting as a result. 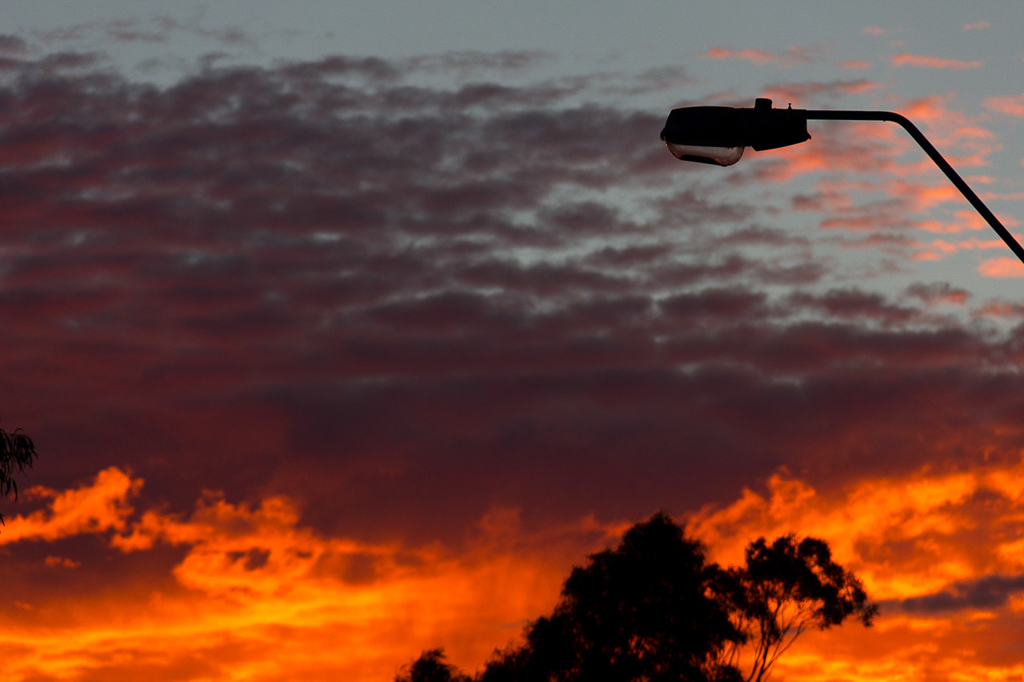 Anyway, what’s the next post going to be? Well, it will be the final chapter of my ‘coastal trilogy’ before I head off to the hills again. I’m tempted to revisit the beach walk I’m writing up, as I was informed by ‘T-Bone Tommy’ at work that a big swell is rolling in on Saturday morning. Tommy reckons it’s an eight foot swell with waves up to fifteen feet, which he described as, “they’ll be like Hawaiian muthas” (that’s surf talk I believe). So, I might get the camera out. If I can wake up early Saturday morning of course.

Now this is easy blogging. A few paragraphs of waffle and I’ve successfully finished my weekly post, which I’m hoping to publish every Friday. If I aim for a monthly total of four posts then I’m looking at doing 48 a year. Mm… That’s 4800 over the next century. Sounds doable I think? Now I’ve only got 4799 to go. Before I leave though, I’m still completing my Masters of Wikipedia and I came across this entry titled, ‘James while John had had had had had had had had had had had a better effect on the teacher’. 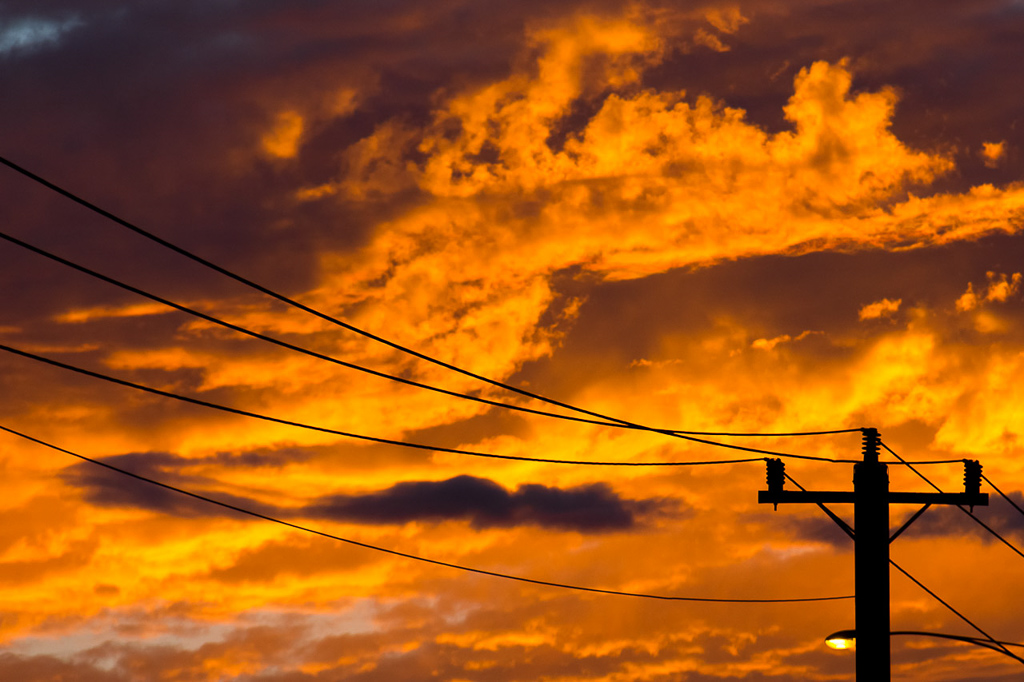