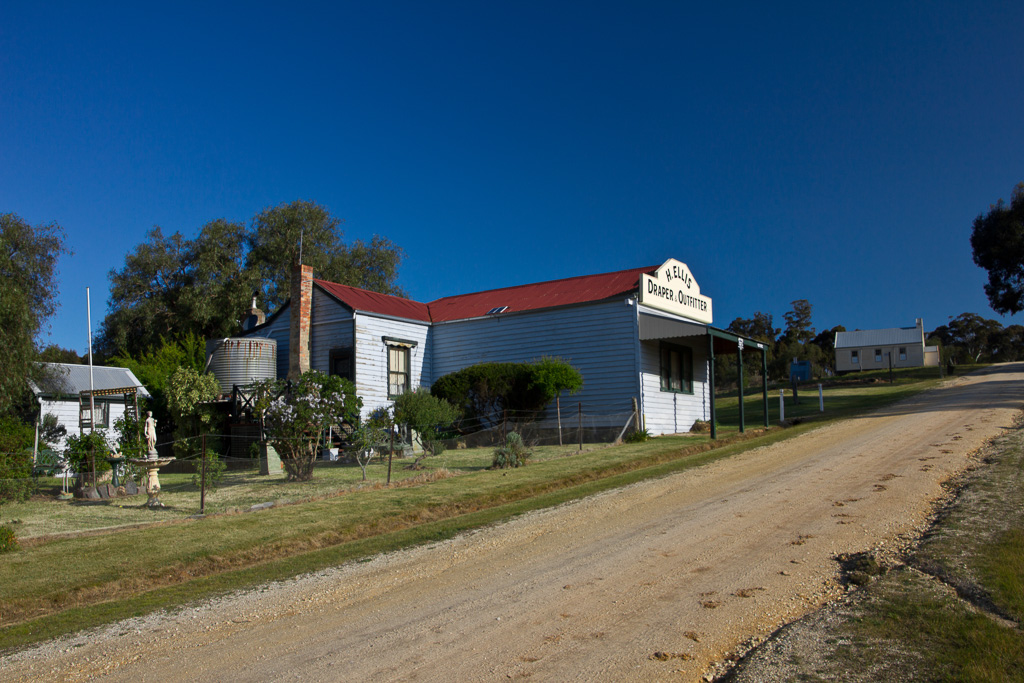 After reading the title to this entry you might be wondering what the hell I’m going on about. Well, this is a sequel to my previous post, which involved a walk in the historic gold rush town of Steiglitz in Victoria. As you may know from that post, I lost my hat somewhere on the walk. Now this wasn’t just any old hat, as it had been on nearly all my walks I’ve done over the past four years. I’ve used it to protect me from the sun, from the top of Mt Feathertop to the backyard of my house where I practise the hula hoop, whilst wearing nothing but baby oil and the hat.

So, whilst at home I spent a restless night wondering how my hat was going out in the bush on its own. In some way it had become my ‘lucky hat’ which is completely irrational regarding an inanimate object. It didn’t help that I watched ‘Goodfellas’ for the umptillion time during this period and I noted I began to resemble Ray Liotta when I looked in the mirror whilst thinking about the lost hat. 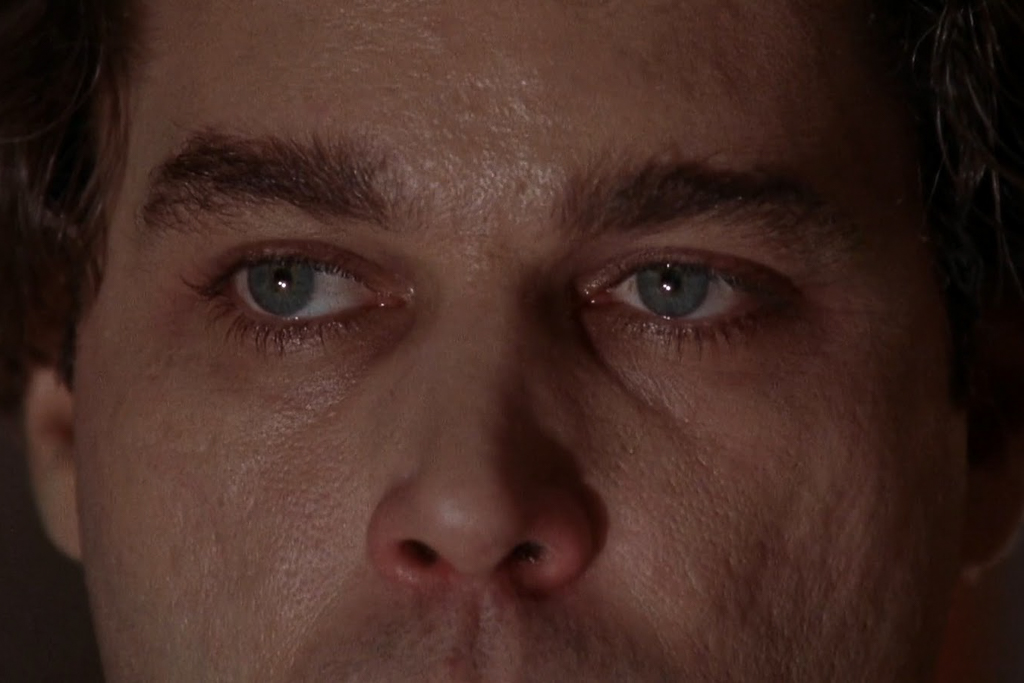 This of course was reaffirmed during the scene where Lois wouldn’t fly to Atlanta, unless Ray drives back to her house to pick up her ‘lucky hat’. She refuses to fly without it, as it’s ‘lucky’. When I first saw the movie I thought it was infuriatingly humorous, but now I can understand it, even if Ray doesn’t. 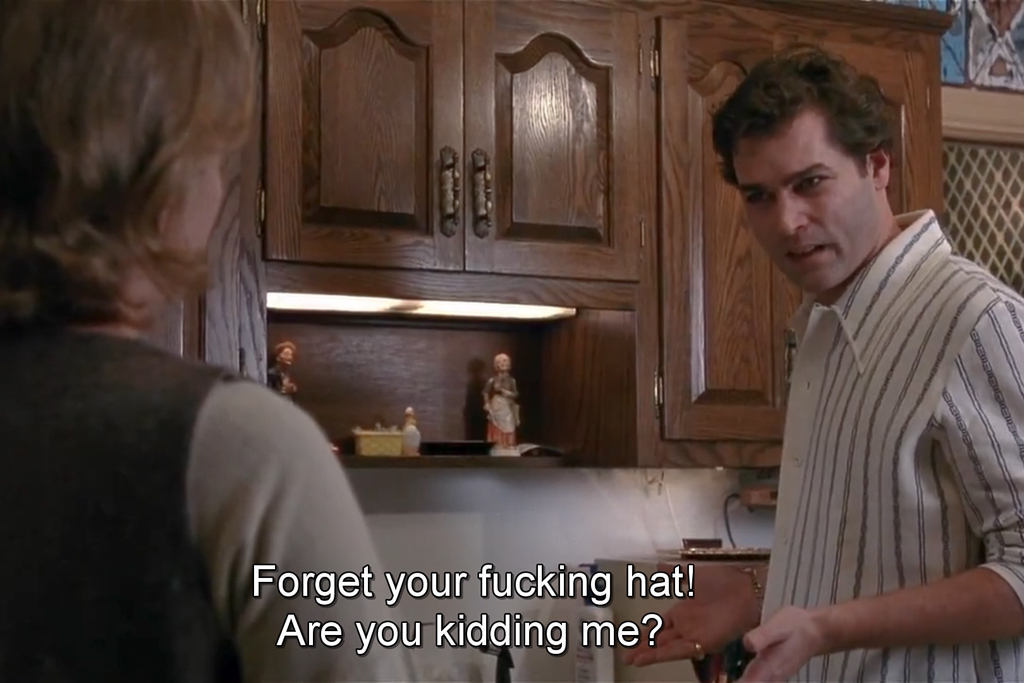 The point is though, that no matter how stupid the request, even Ray decides that he’s going to get the hat for her. So, I thought to myself, “If Ray does it? Why don’t I?”. That’s right, ‘do what Ray does’ was my mantra and the decision was made. I was going back to redo the walk and find that hat. Yeah, I know, completely silly and even more so, in that I had no idea at what point I lost it during the walk in the rain, so I’d have to do the entire hike again. This absurd idea created the official Operation Hat Watch, Steiglitz, where the only thing I would do is stare at the ground for the entire walk.

It was an early start to hit the roads and drive back down to the Steiglitz Court House. I may have looked quite cool like this, whilst driving down there. 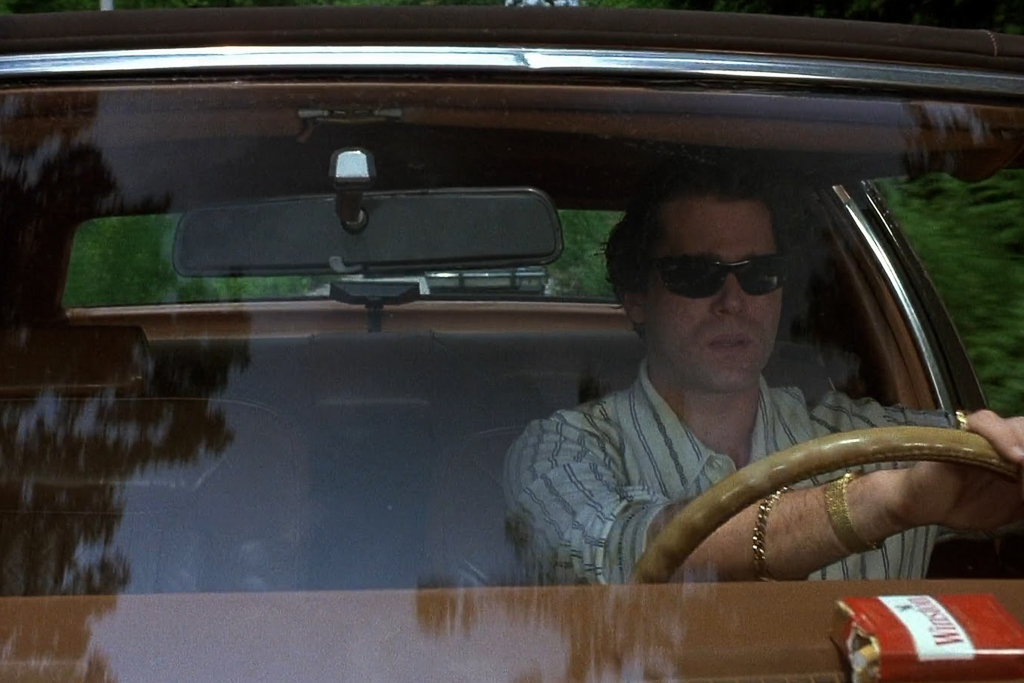 Well, that’s how I looked on the outside, but actually due to Melbourne’s traffic I was probably looking a lot more like this. 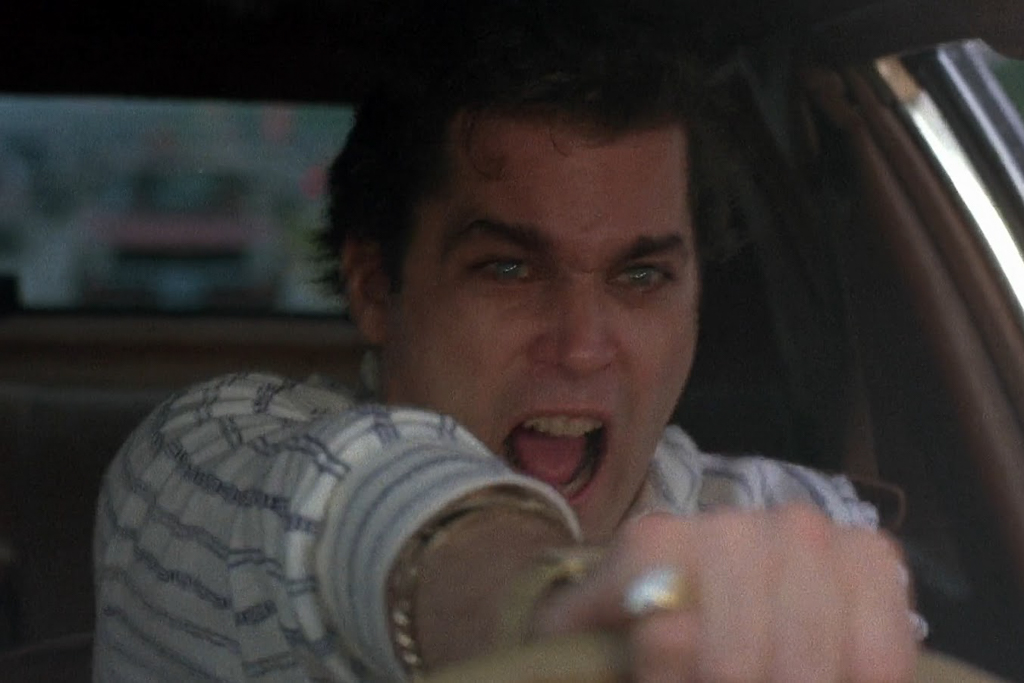 I arrived in good time and one bonus of redoing the entire walk is that it was a sunny day which gave me an opportunity for some nice photographs. As I’ve actually banged on about this hike in the previous post, I’ll just go through the highlights. 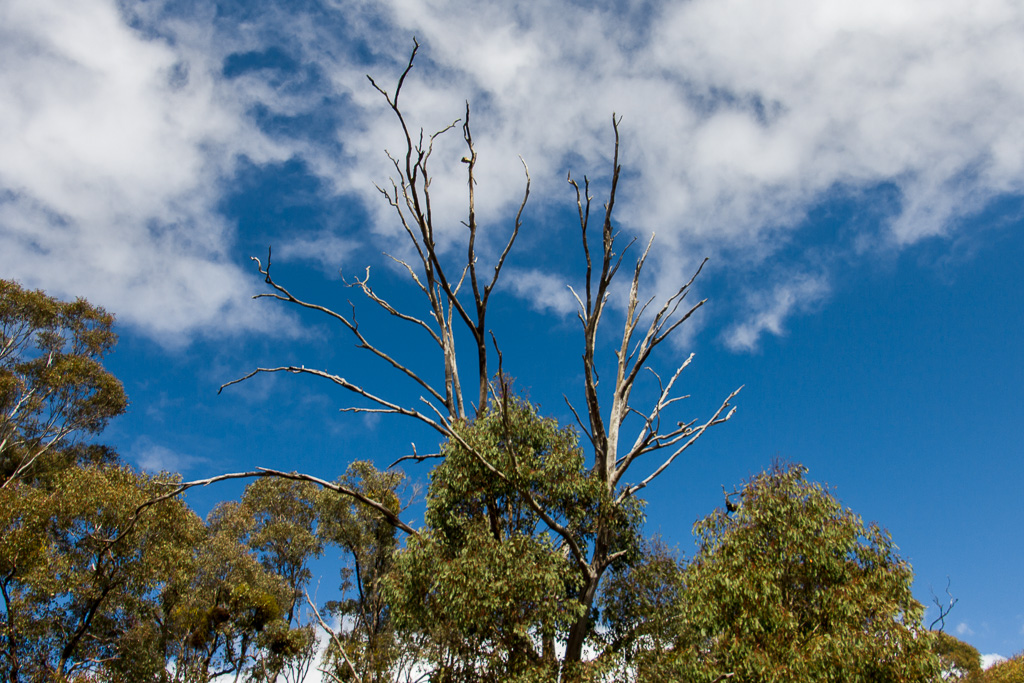 Walking via Sutherland Creek was easy going which surprised me a little as there had been a couple of days of heavy rain, which I thought would make a difference in rock hopping up the creek. 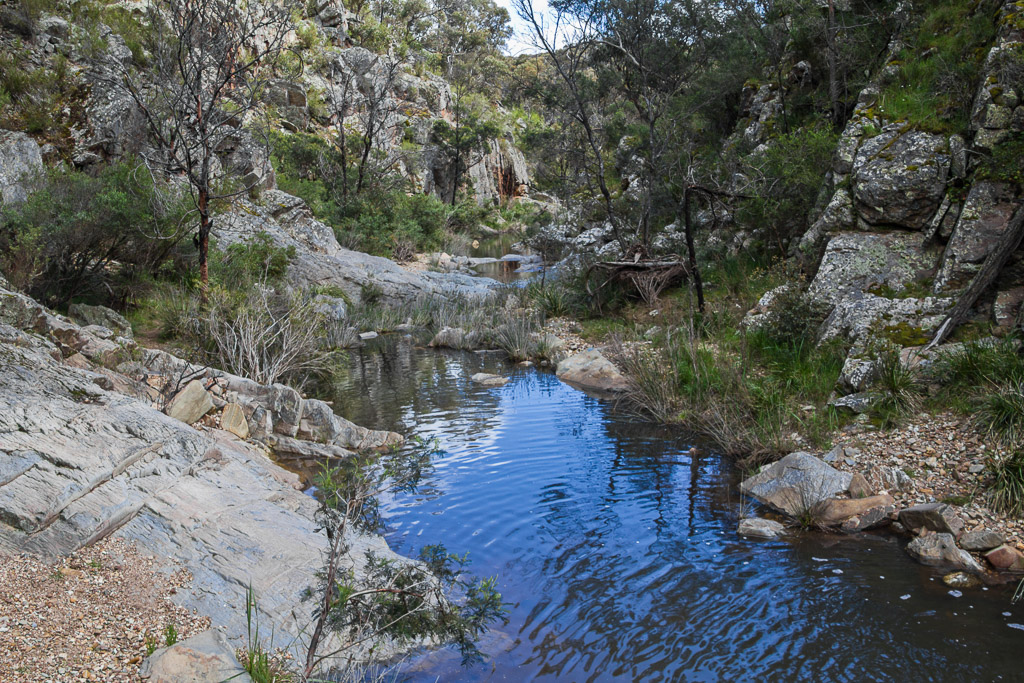 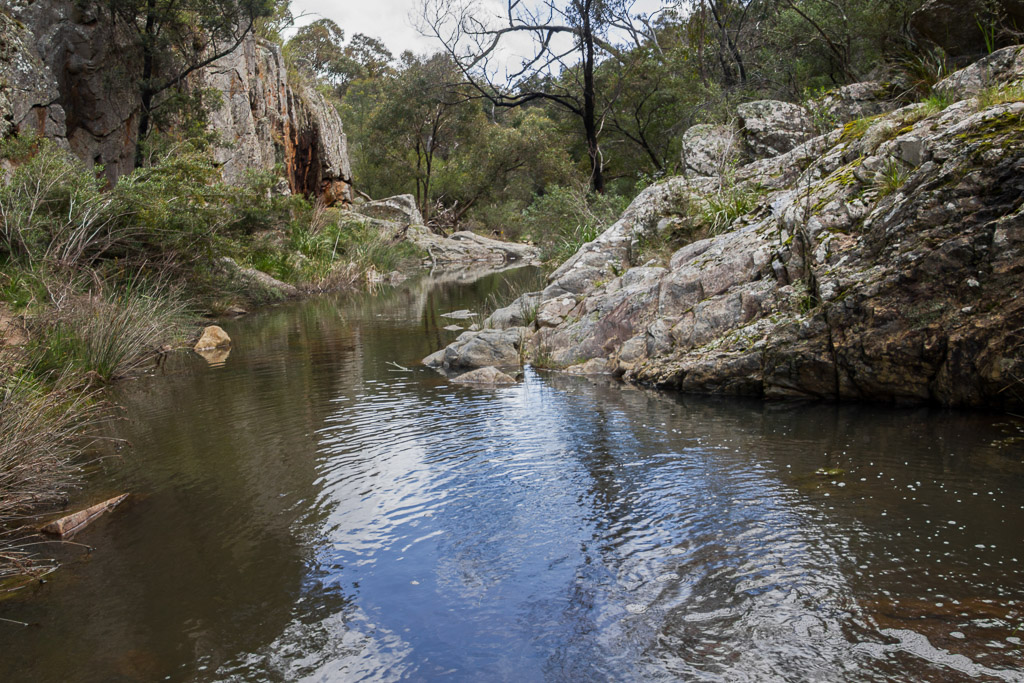 I love a water reflection photo and on this sunny day it was peaceful walking. 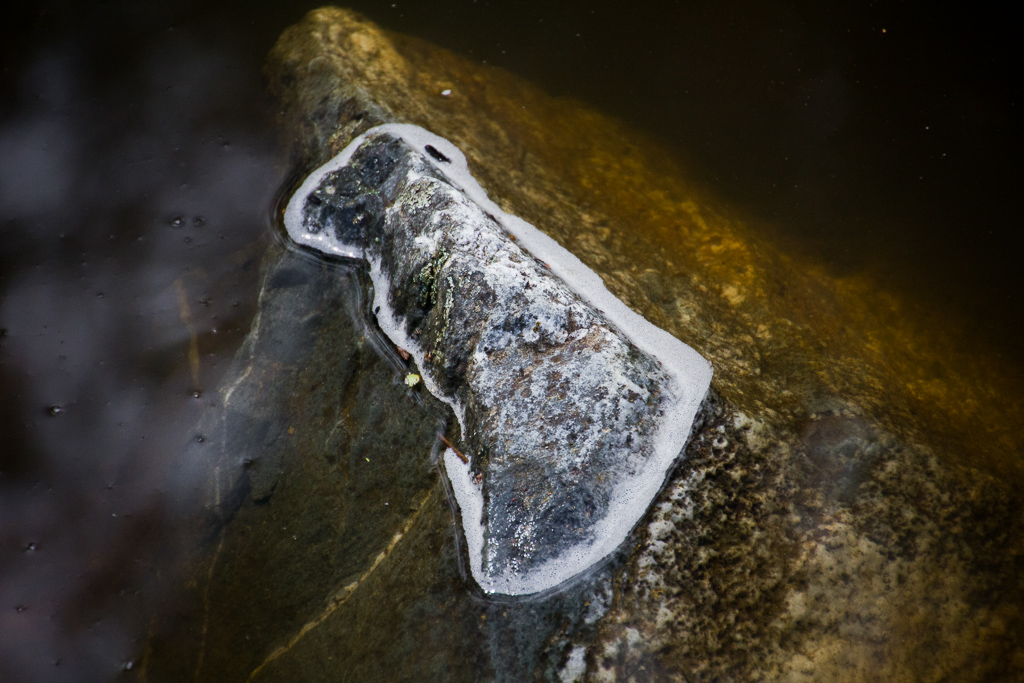 I found the spot to leave the creek and head inland via the Steiglitz Slasher track. 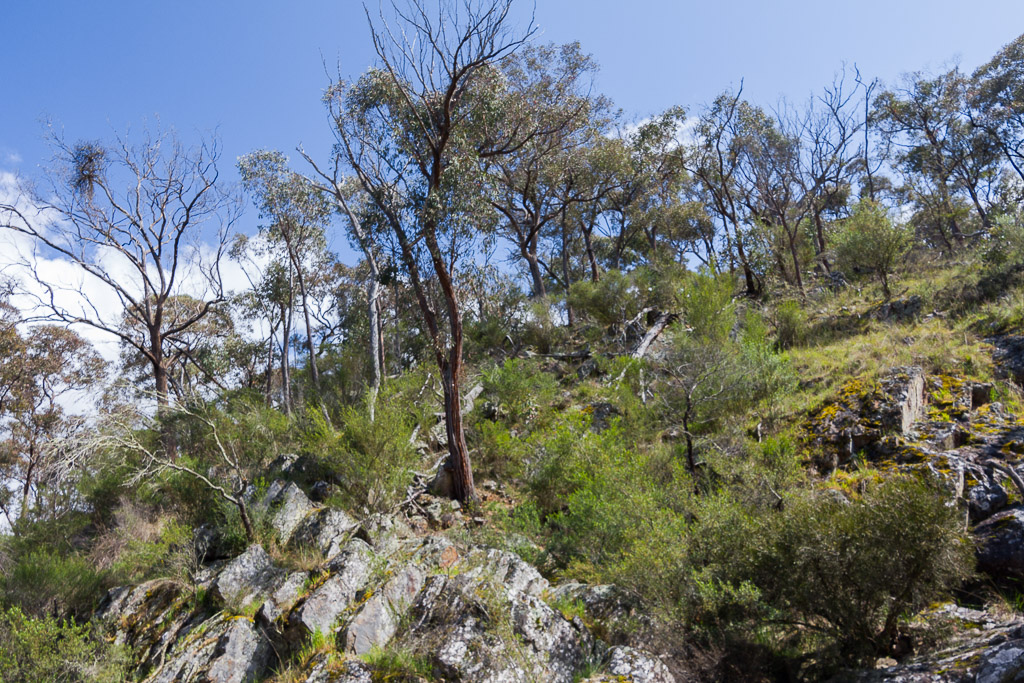 The path leads up this hill from Sutherland Creek

It was now easy going, but I couldn’t take my eyes off the track due to ‘Operation Hat Watch’, so I might have neglected a bit of scenery. I can definitely account for every object on the ground though. The area is full of little pieces of rusted metal which are always good for a photo opportunity. 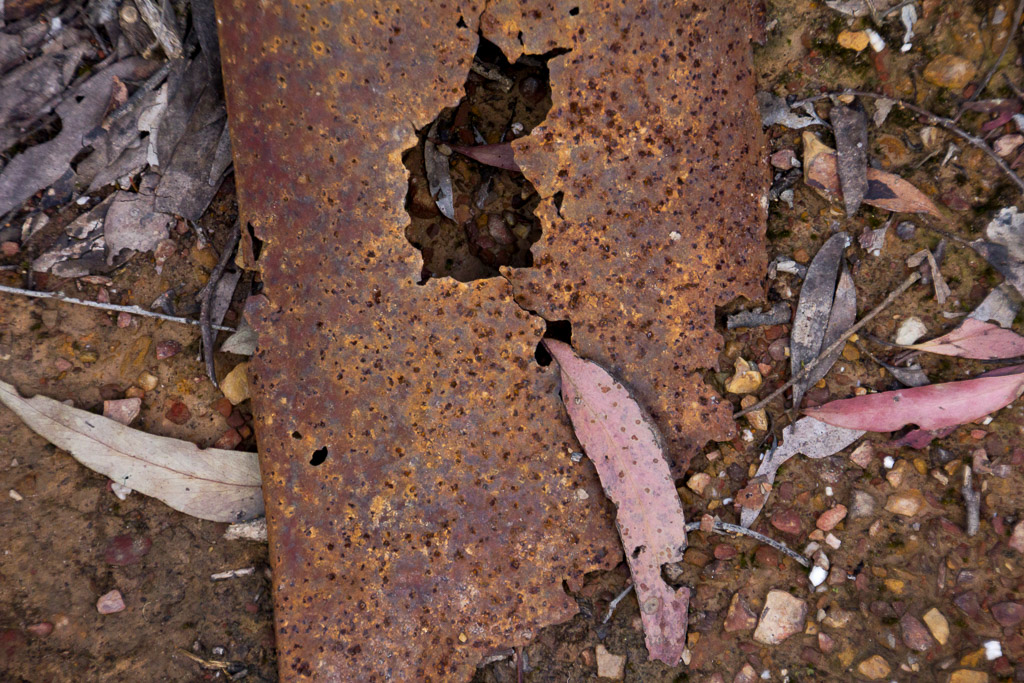 I did spot a feather standing upright on the side of the track, which was quite handy to photograph as there was no need to bend over. 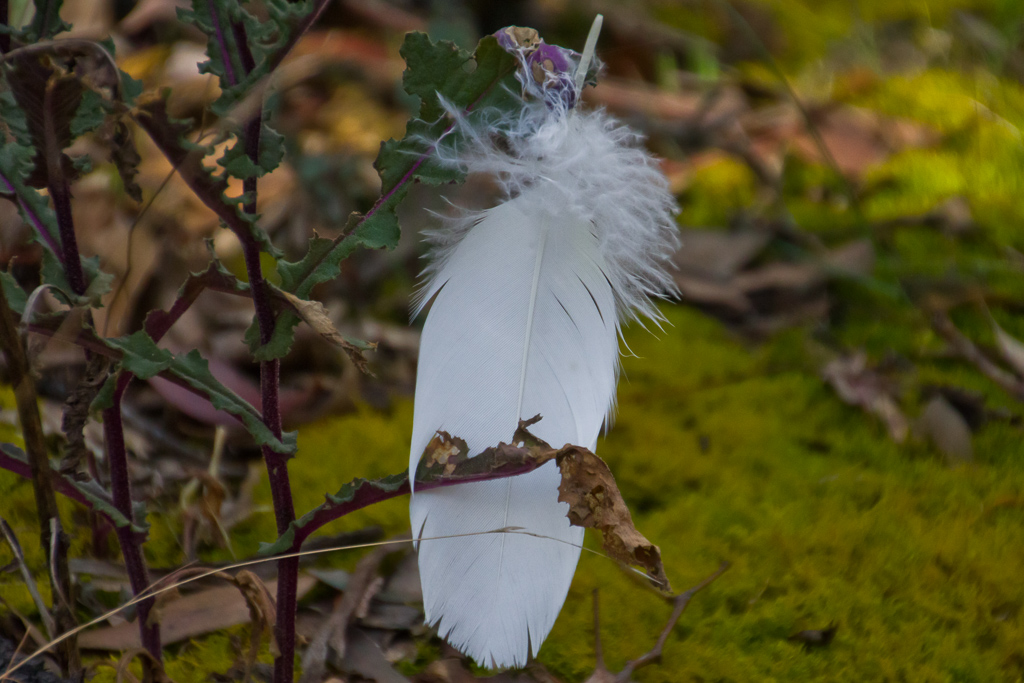 At one stage I heard the tell-tale sound of a koala somewhere in the distance. There’s no mistaking their insanely loud grunting/demonic noise that’s always surprising due to their small furry size. How can a little animal make such a wacky noise? I went cross country to where the sound was coming from, but I couldn’t spot him which was a pity.

It was pleasant walking in the sun, but there was no sign of the hat. At one point I spotted something on the track about 50 metres away, and as it appeared to be man-made I thought for sure I’d found it. Yeah! Then as I got closer it wasn’t the hat at all, but a piece of carpet instead. Carpet?! I don’t think it was gold rush era carpet as living conditions were pretty grim back then. 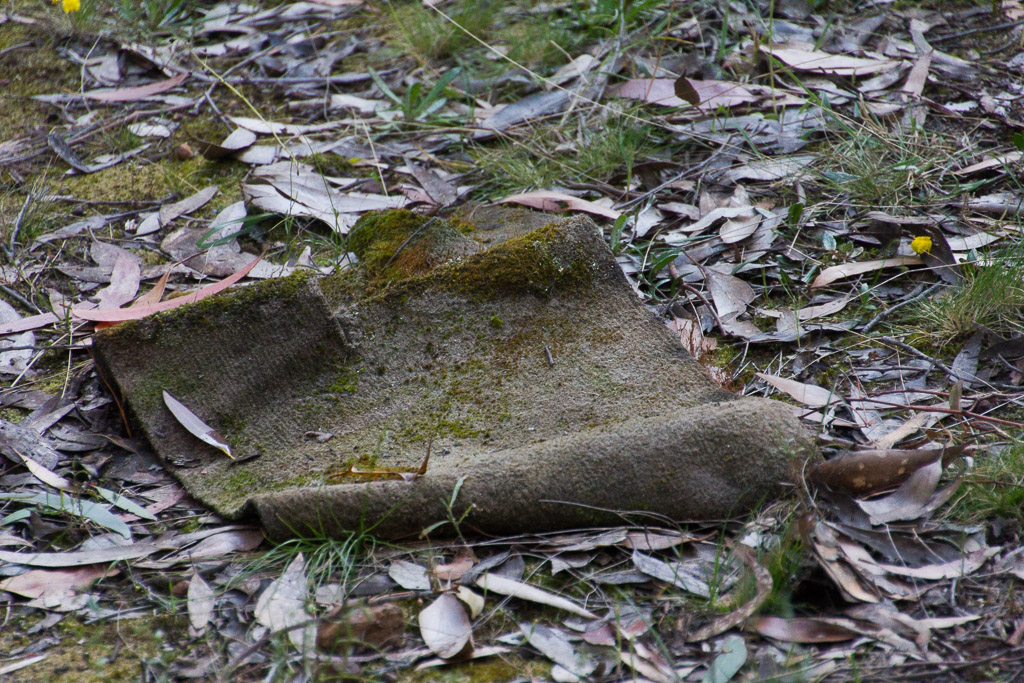 Mm… I was half way through the hike at this stage and no sign of the missing hat. Could someone have picked it up? No, surely not? I’ve seen bits of clothing on the ground before on walks and I can’t say I’ve inspected them for my own use. Remember this is a good hat though and it set me back almost ten dollars.

I hadn’t seen anyone for the day and I was surprised to come across a car parked on the side of the road near the Kinglock Mine. I noticed it was empty and I wondered where the occupants were as there’s not much to see at this point other than piles of dirt from old diggings. I did fossick around this spot on the previous visit, so I spent some time retracing my steps around the mine. It was during this stomping around looking at the ground I spotted something in the bush. Well, I guess it wasn’t that hard to spot, as it was a bloke wearing a blazing red, checked shirt a bit like this one. 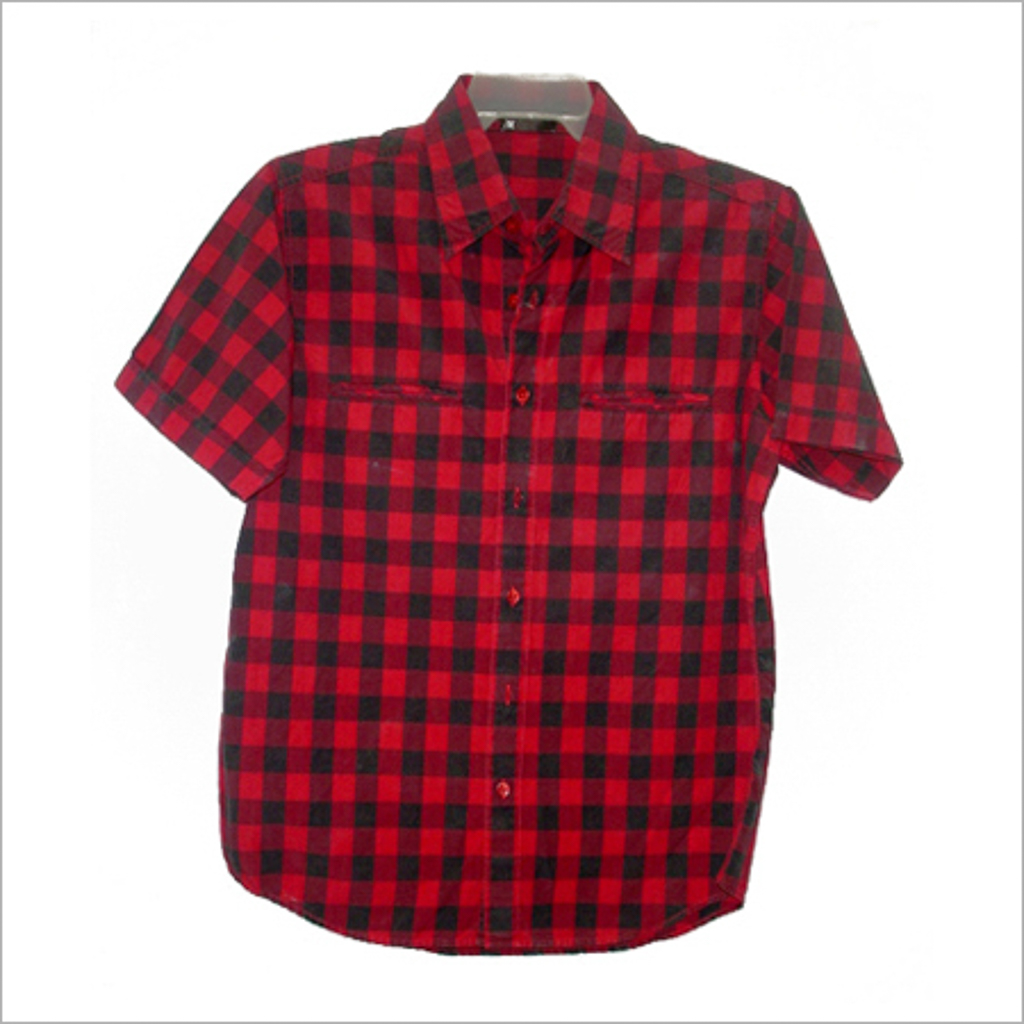 It reminded me of the ‘camouflage’ of the English troops in the Revolutionary War and I really think it would have been quite easy aiming at a bright red top like this one. 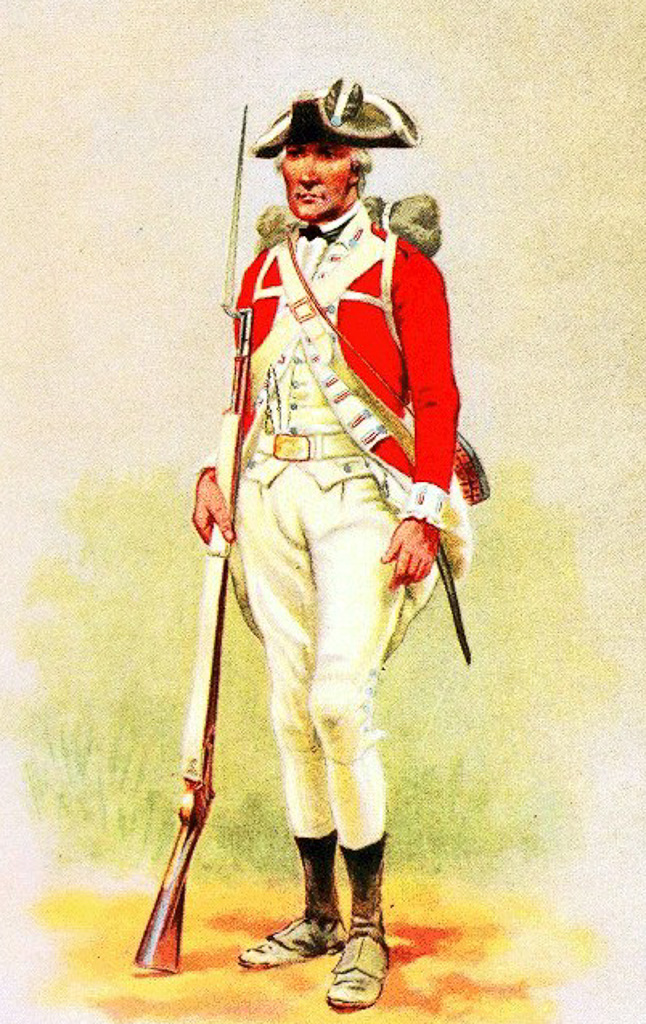 “How could one miss at those British soldiers?” I was thinking to myself and I didn’t really put a lot of thought into what was really important about this bloke with the checked shirt. He had no pants on. Yep, pantless. I give him this though, he was trying to put his trousers on at a rapid rate whilst looking at me. I was slightly stunned and I ‘believe’ there was a woman with him, but I can’t be sure.

My retinas were burnt at this stage and I turned away thinking it wan unlikely hiking sighting for the day. I didn’t realise that ‘getting kinky at Kinglock’ was something on the agenda. In fact I had a field day thinking up phrases such as, ‘Historic hotties at sexy Steiglitz’. In the end the best I could come up with is, ‘Watch out for the Kinglock cock’. This was a minor distraction in my hat search, but I continued on. 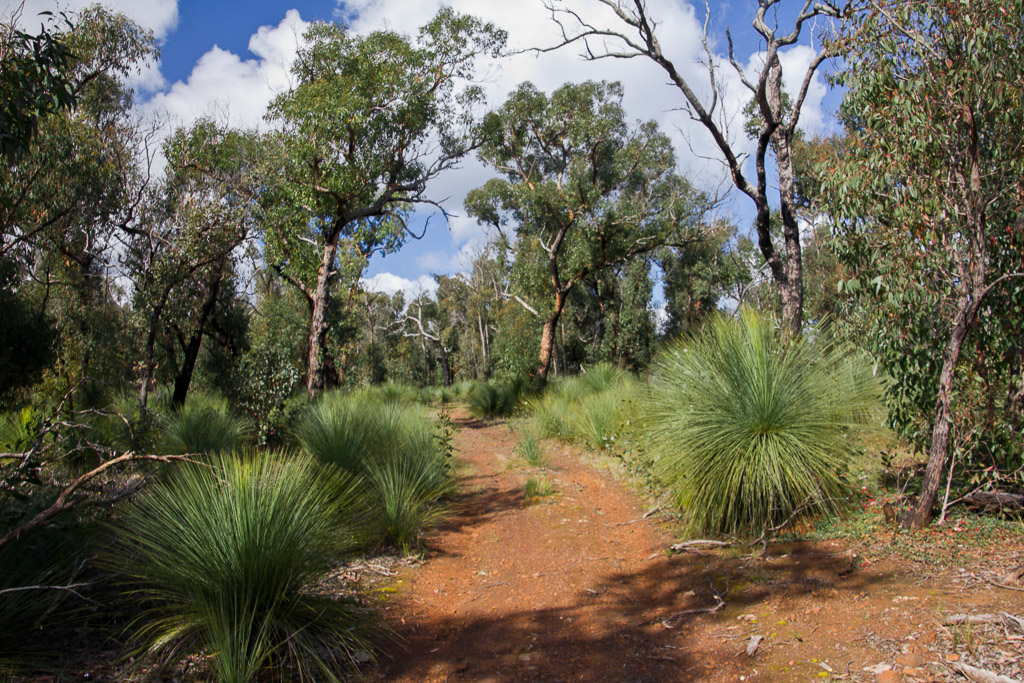 I was in the last third of the walk and I started to think that the hat was gone. Then I spotted something under a tree about a kilometre away which warranted close inspection. 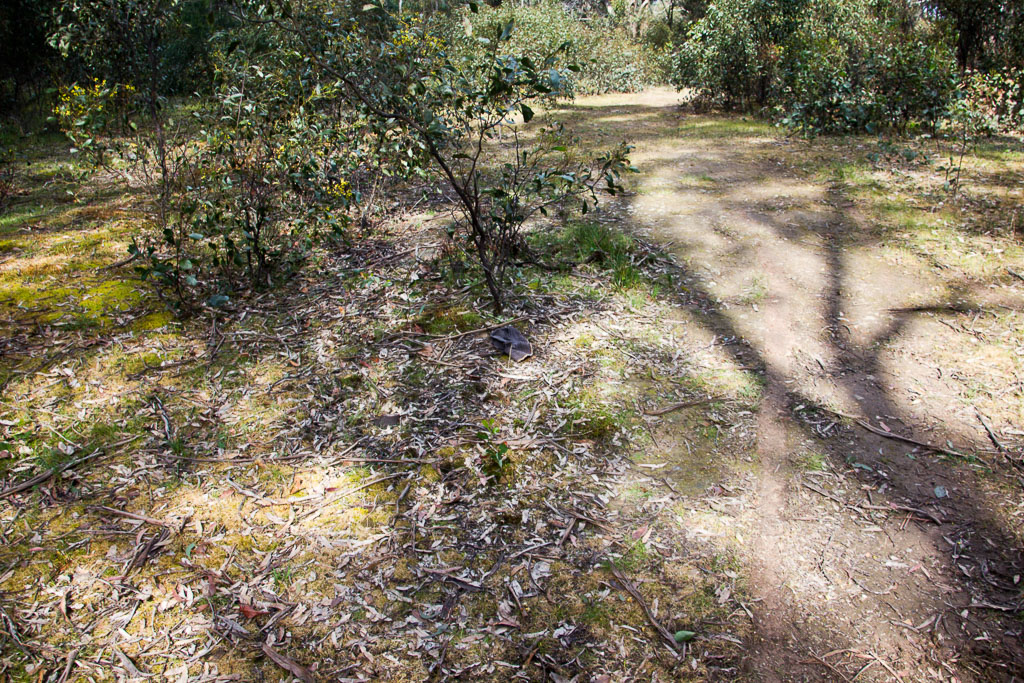 What’s that under the tree?

I broke into my best Carl Lewis sprint with arms pumping and legs also, I guess, pumping? After ten minutes of sprinting I reached the tree and there it was. With less than a kilometre to go in the walk it was the soaked hat. I held it up for a victory photograph and noted how it was smiling at me. (Well, hit yourself over the head with a rubber mallet before looking at the photo below and you’ll see it sort of looks like a smiling face). 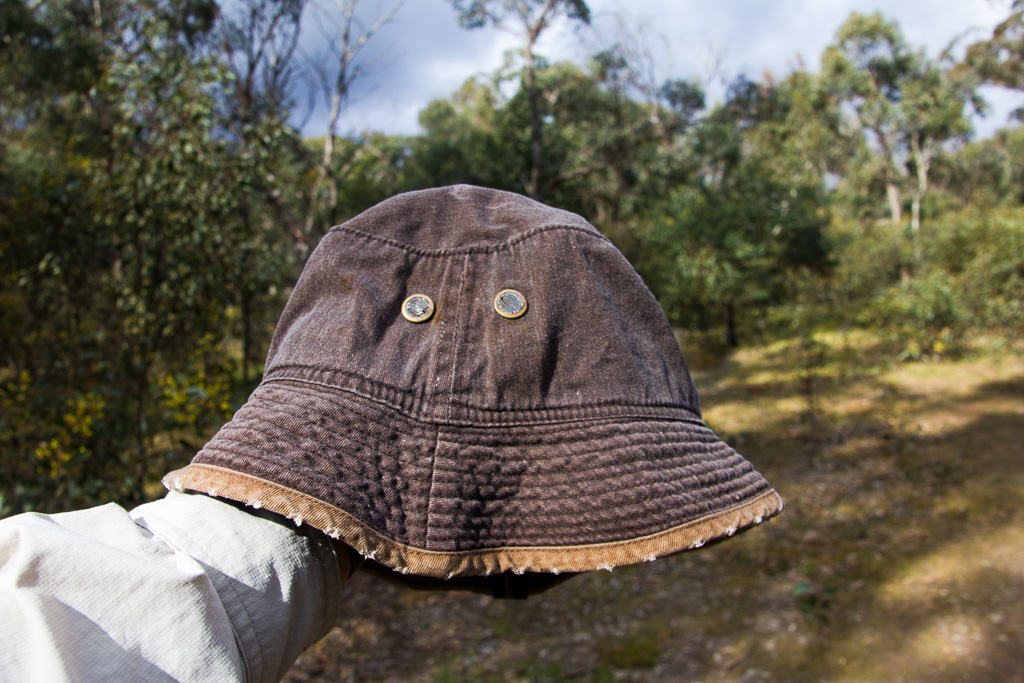 The mission was accomplished and now it was just a matter of finishing the walk off. I reached the Steiglitz town and went a little photo crazy with the sun shining. The house in the first photo of this entry is the oldest building still inhabited, although it looks a little bit jazzed up these days with a satellite TV dish on the roof. There were also a couple of rarely publicised ‘Steiglitz sports cars’ parked nearby. Let’s have a look. 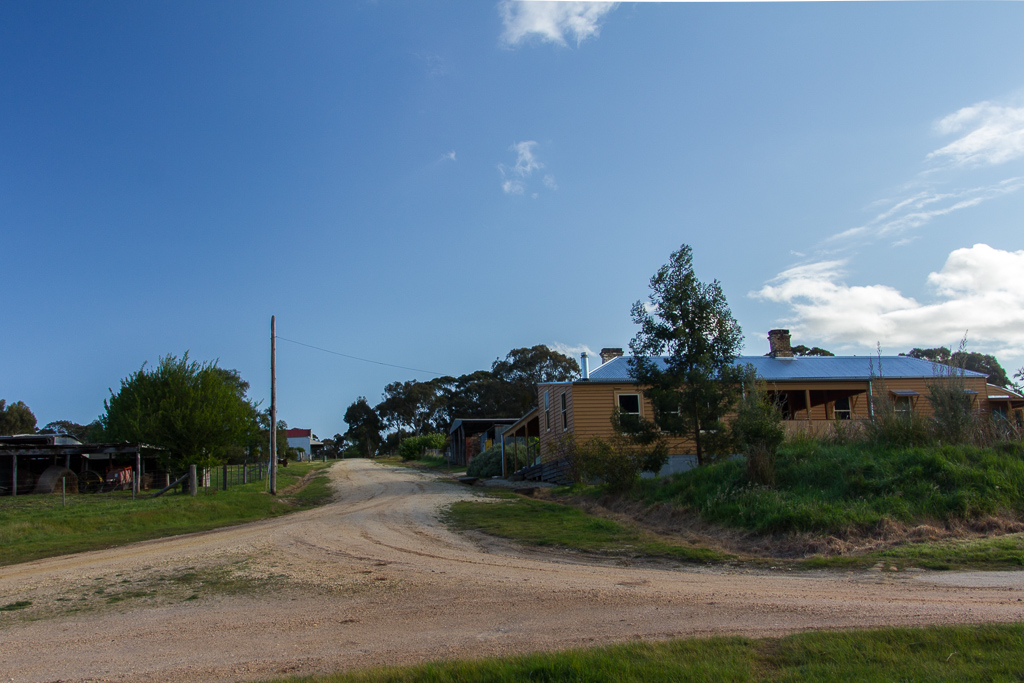 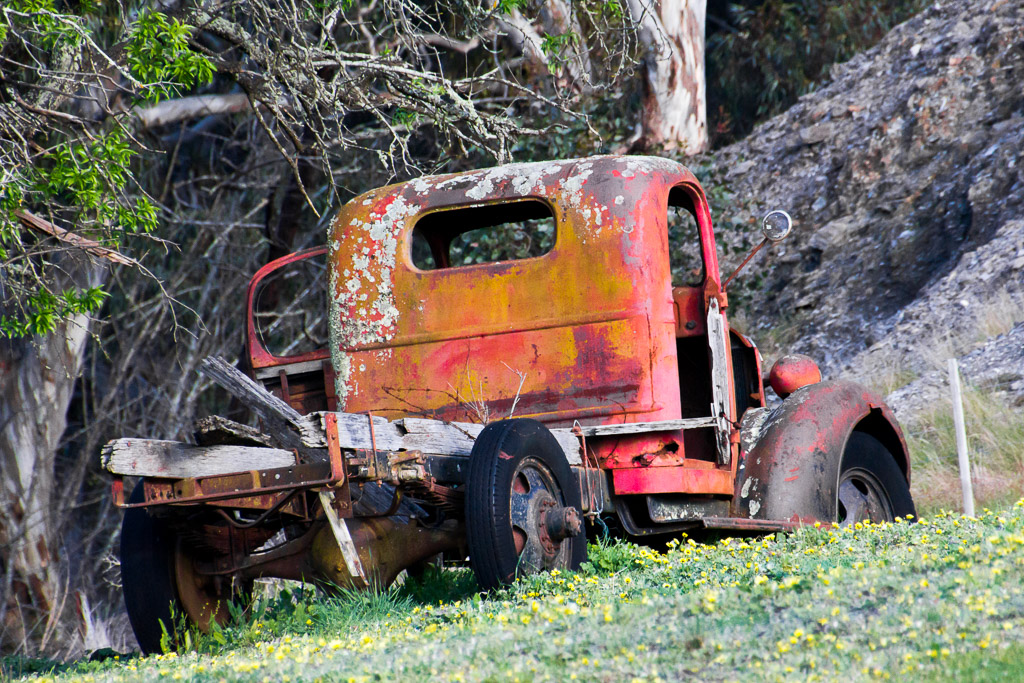 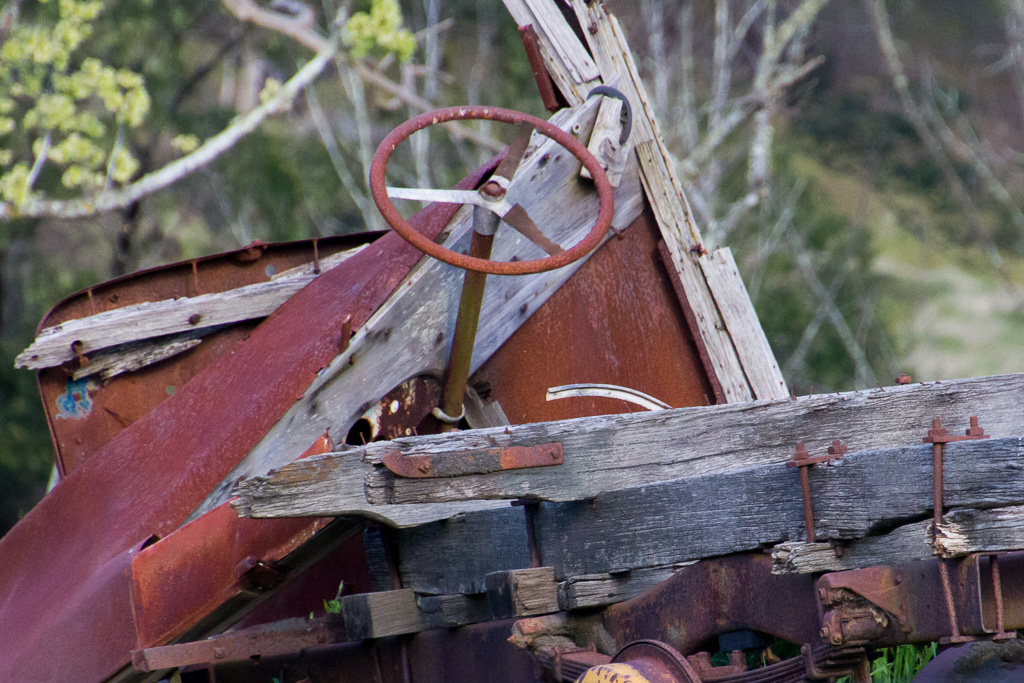 I wandered up the road with my eye on the old St. Paul’s Church of England at the top of the hill… 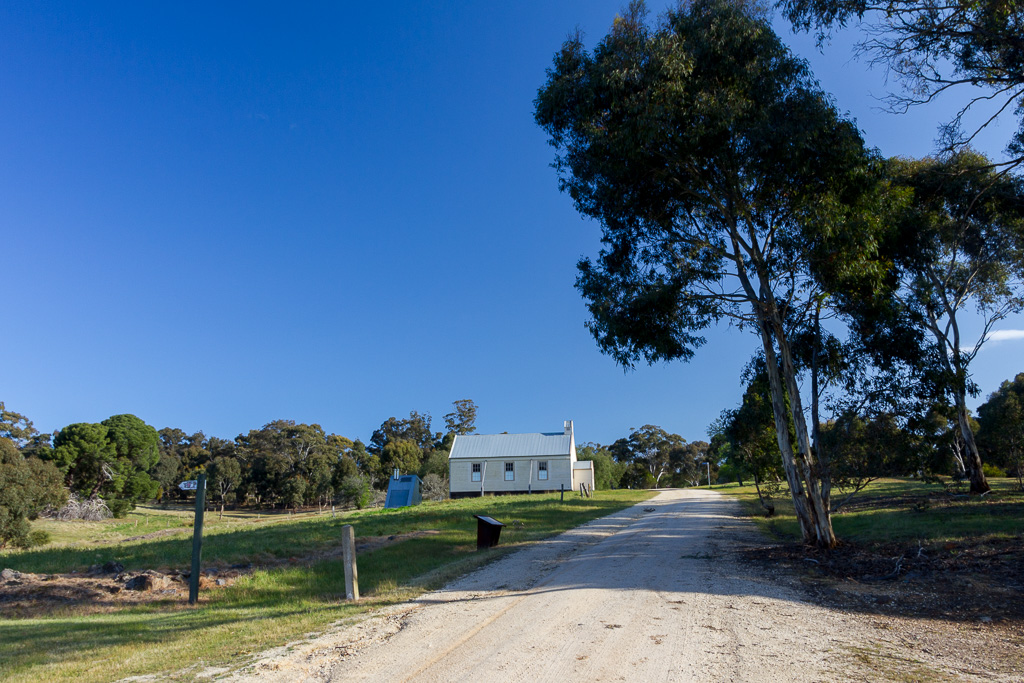 …passing this garden statue on the way… 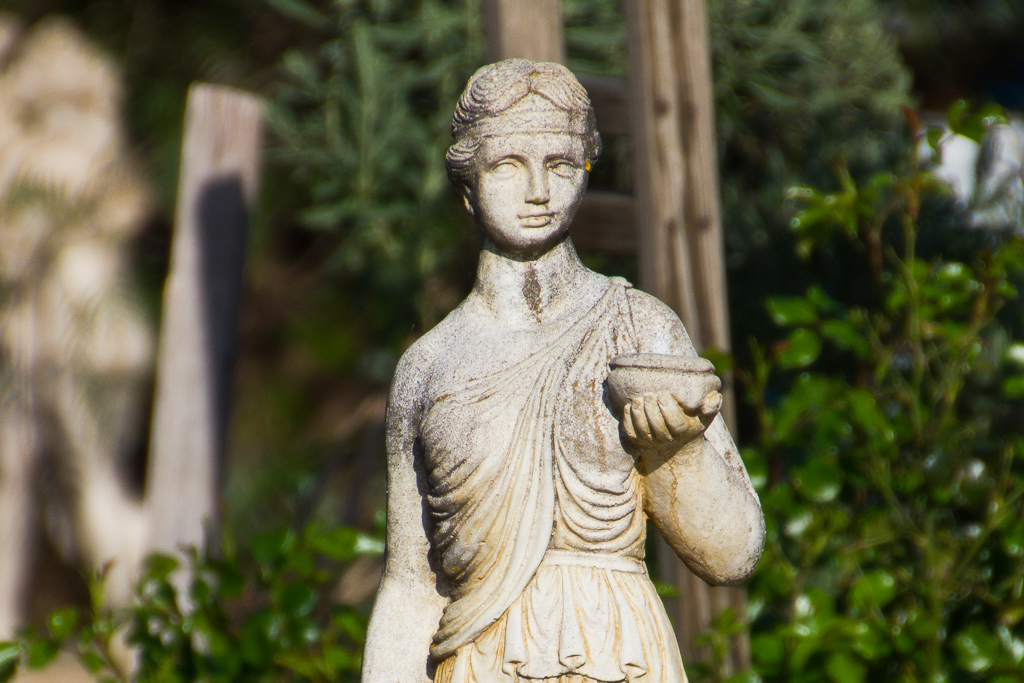 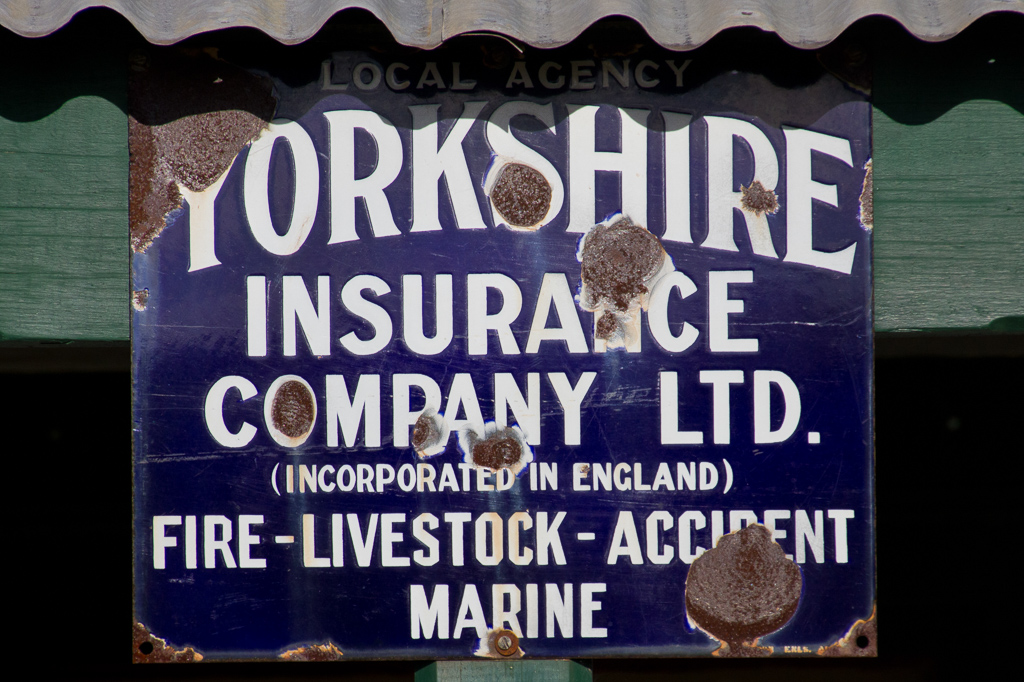 The old brick guttering in the street was still clearly visible… 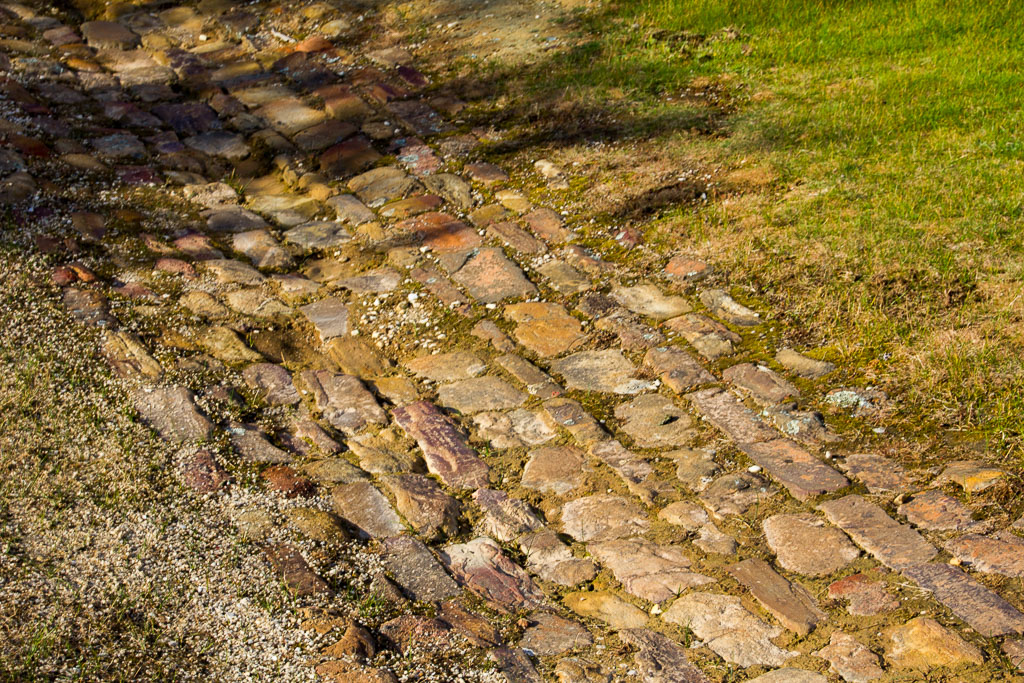 …and then I reached the church. It was consecrated in 1871, so it has a bit of history about it. 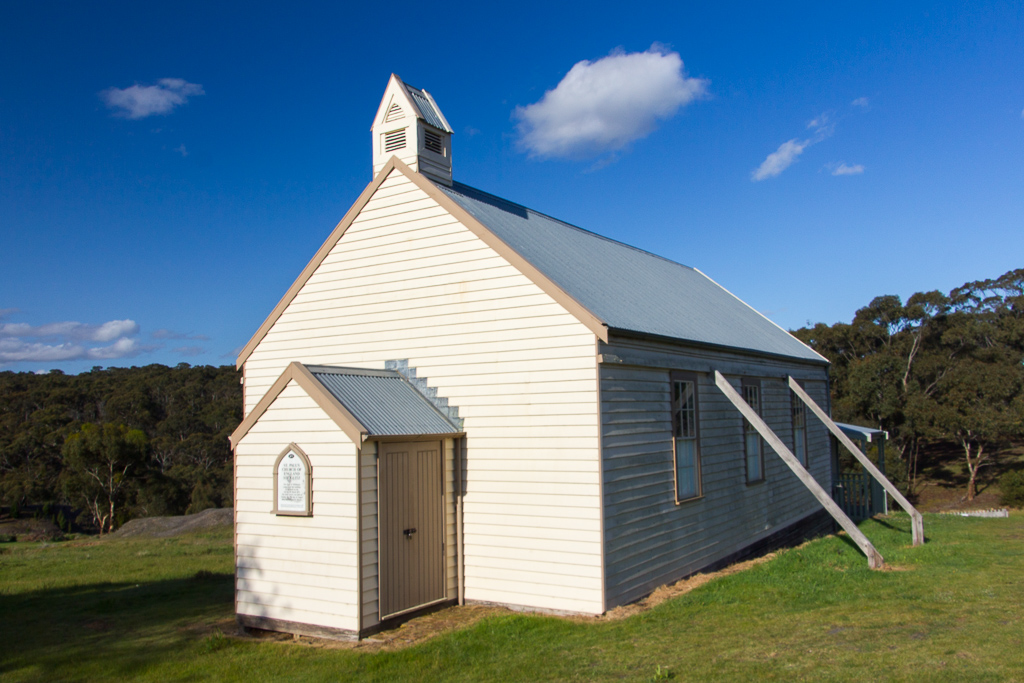 The late afternoon sun was allowing me to go crazy with the camera. Polarizer working overtime. 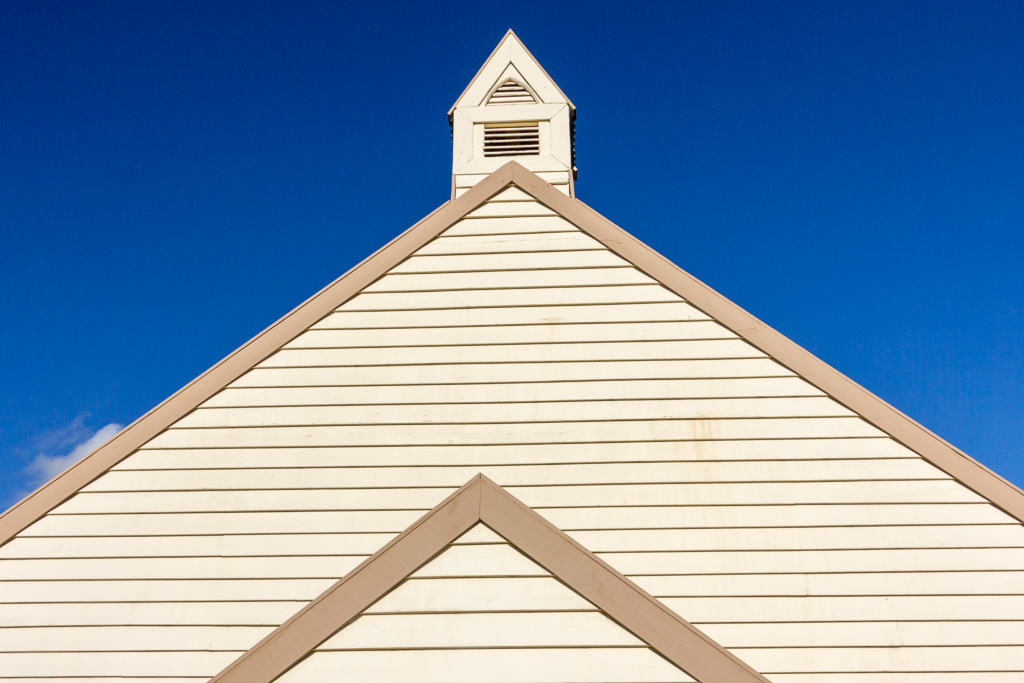 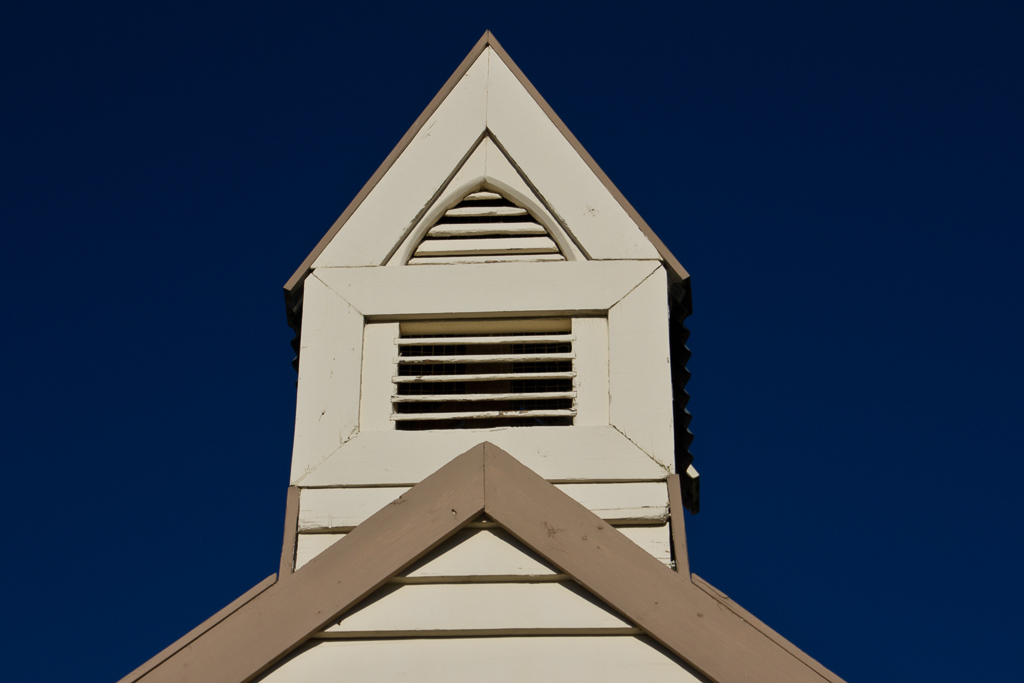 Then I was back at the car and the walk was done. Another 13 km wandered with the mission of hat retrieval accomplished. It was now time to head home to dry the hat and think of the next walk. Lastly but not least, it you’re struggling to get outside for a walk, just return to the mantra, ‘do what Ray does’ and you’ll be fine.