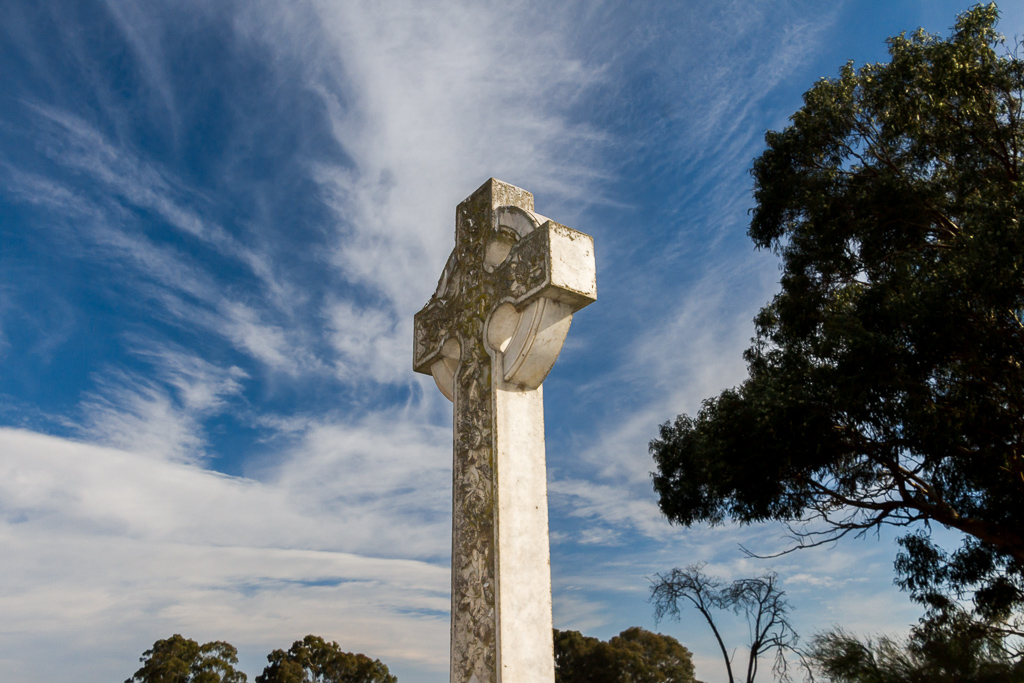 I’m a big fan of history, but there’s a bit of problem in Australia compared to my time living in England. There’s not much around, which has the feeling of ‘ye olde’. By the way, I’m talking structural stuff and it makes sense when the white blokes have only been here the last few hundred years.

I love an old cemetery just like the rest of you do. Don’t you…?! Recently I dropped by one I’ve driven past a million times before. Now I can’t stop from re-visiting every time I’m near it. The Hopetoun Cemetery, Bacchus Marsh is out to the west of Melbourne and with the first recorded grave of 1851, it’s certainly historic. Oh, just if you’re wondering. It’s absolutely nowhere near the Victorian town of Hopetoun, which threw me a little when I did a bit of Googling.

What makes this place interesting for me, is it’s truly a place where the world’s passed by. Overgrown, covered in weeds with headstones broken or on the ground and wedged between hills, roads and a large multi-lane freeway. I’ve been there a number of times and it’s always looked the same. No people there and the weeds are a little longer and pricklier!

There’s only a handful of graves in the small area, but they do tell a tale of how fragile life was a hundred or so years ago. The first burial was in 1851 and the last in 1941 and according to a sign, it’s the oldest Catholic cemetery in regional Victoria plus,

Let’s look at some photos. 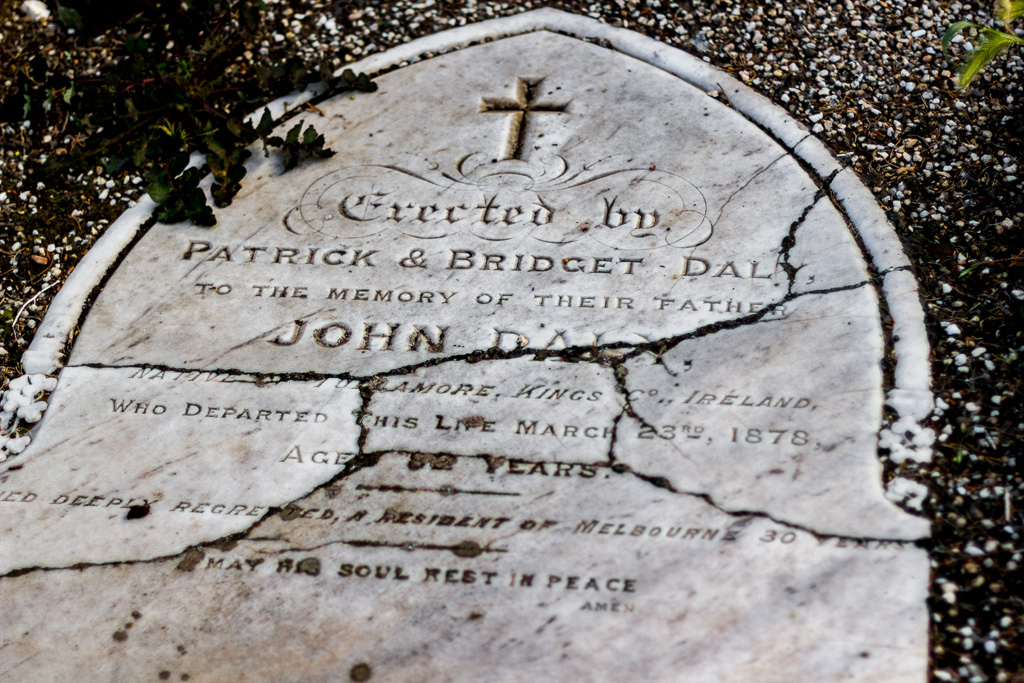 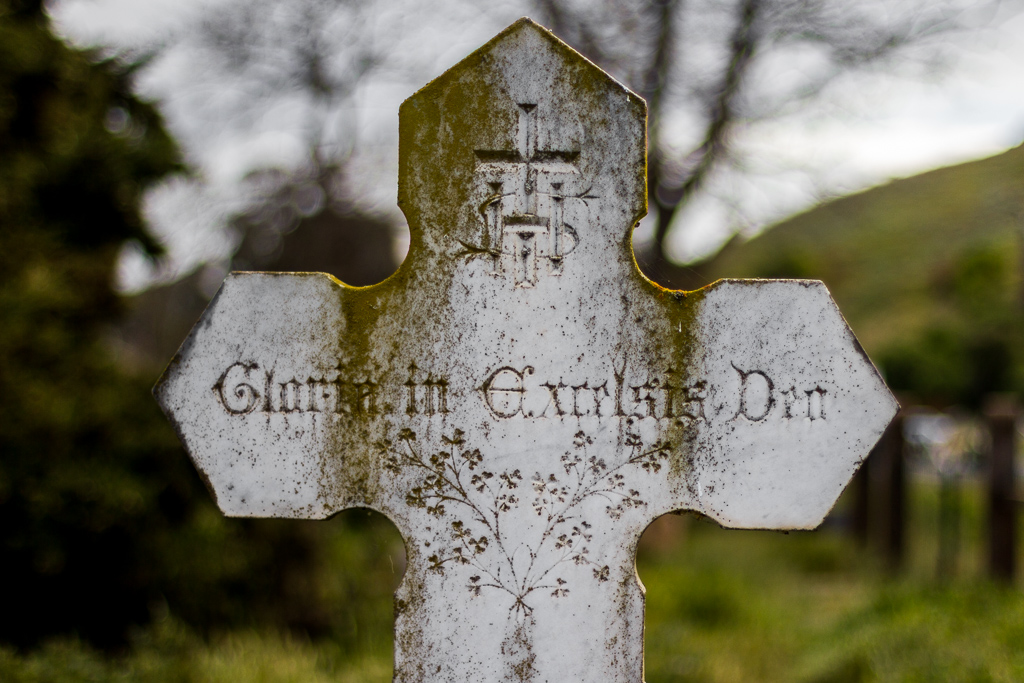 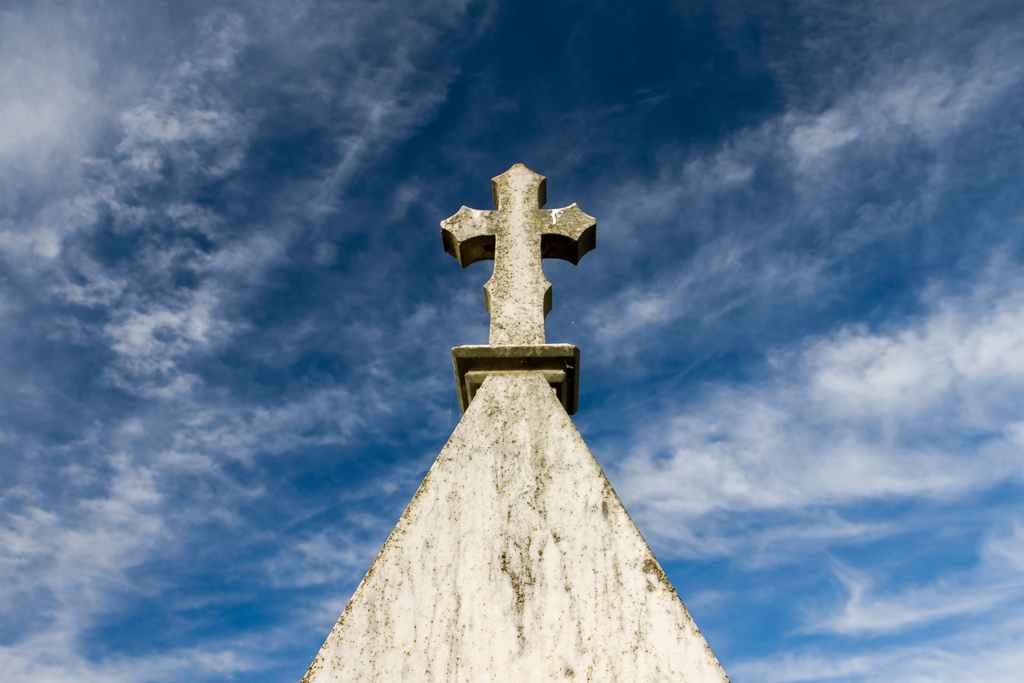 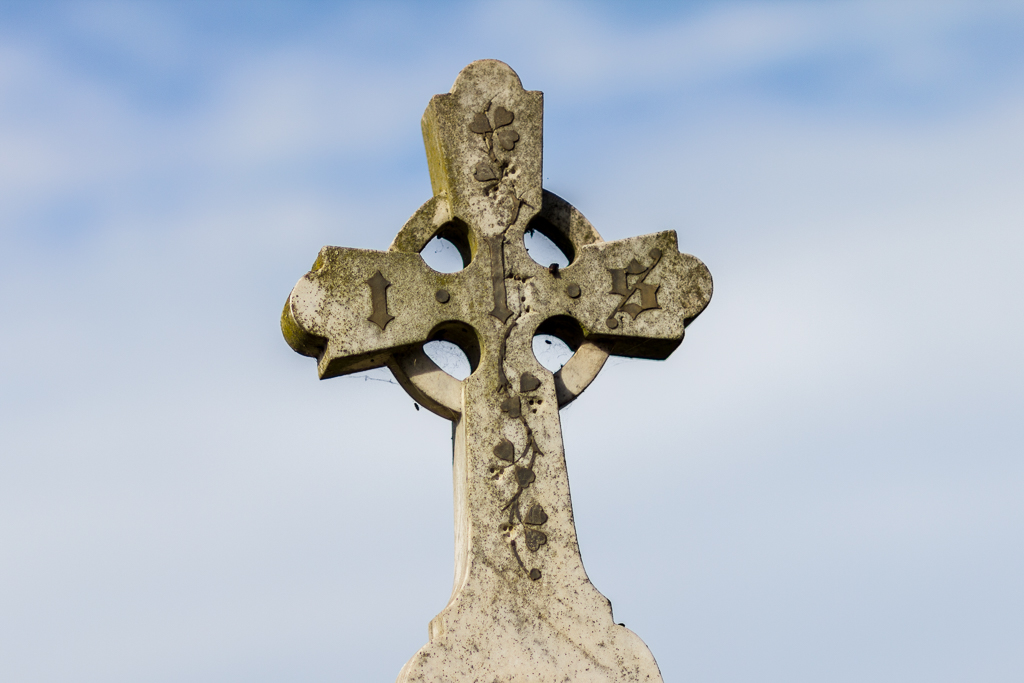 One common theme of pioneer cemeteries is the abundance of young children buried in them. Even I was surprised by the amount I saw on the headstones, and here’s just a few. 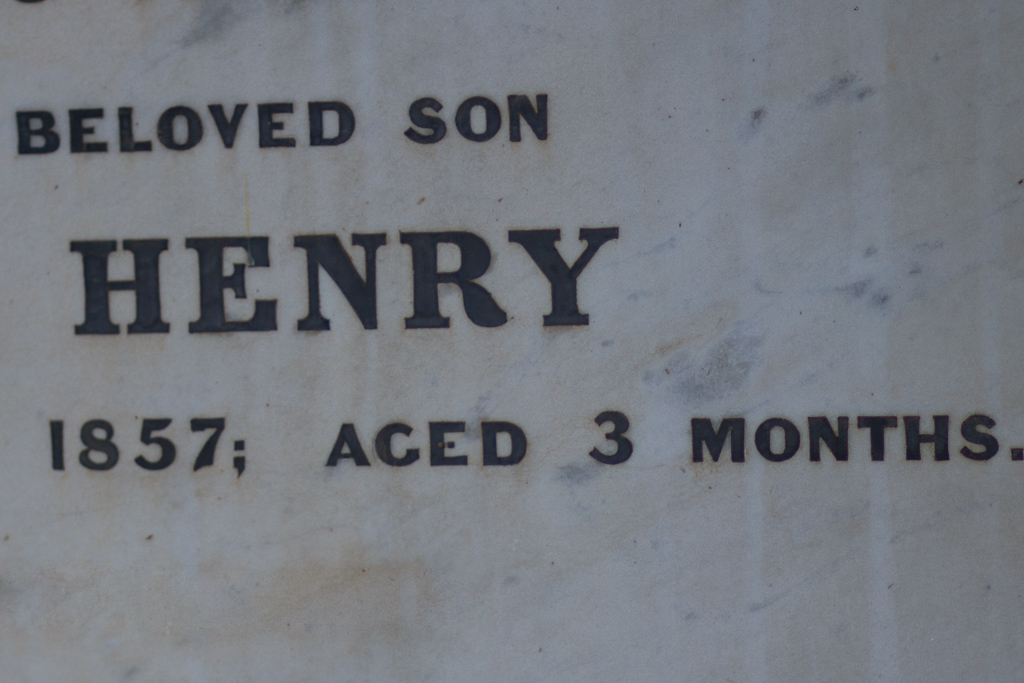 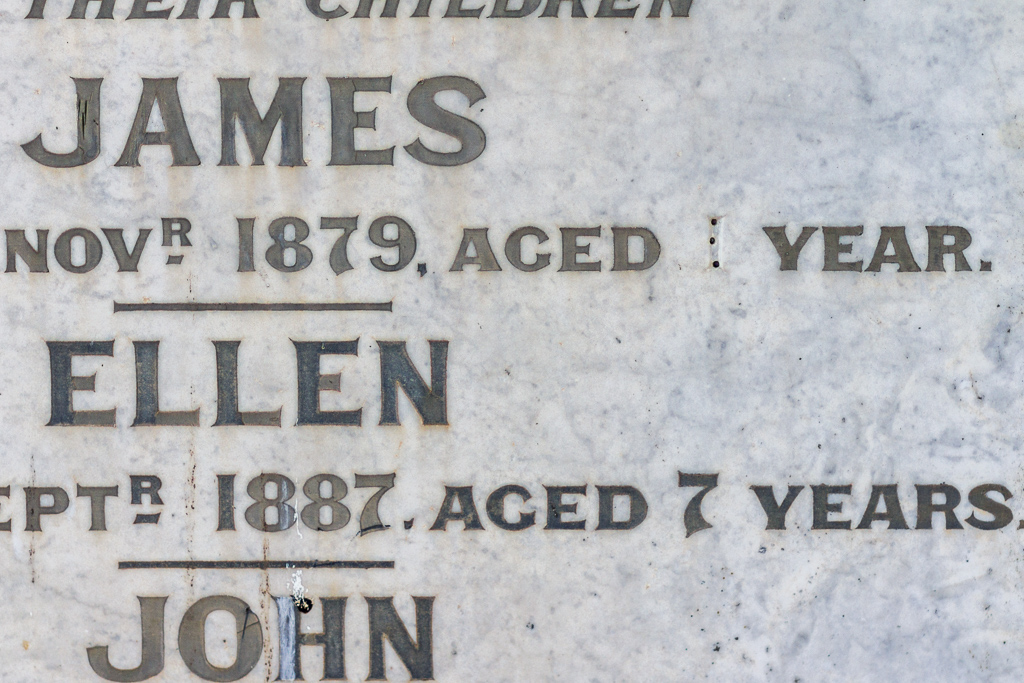 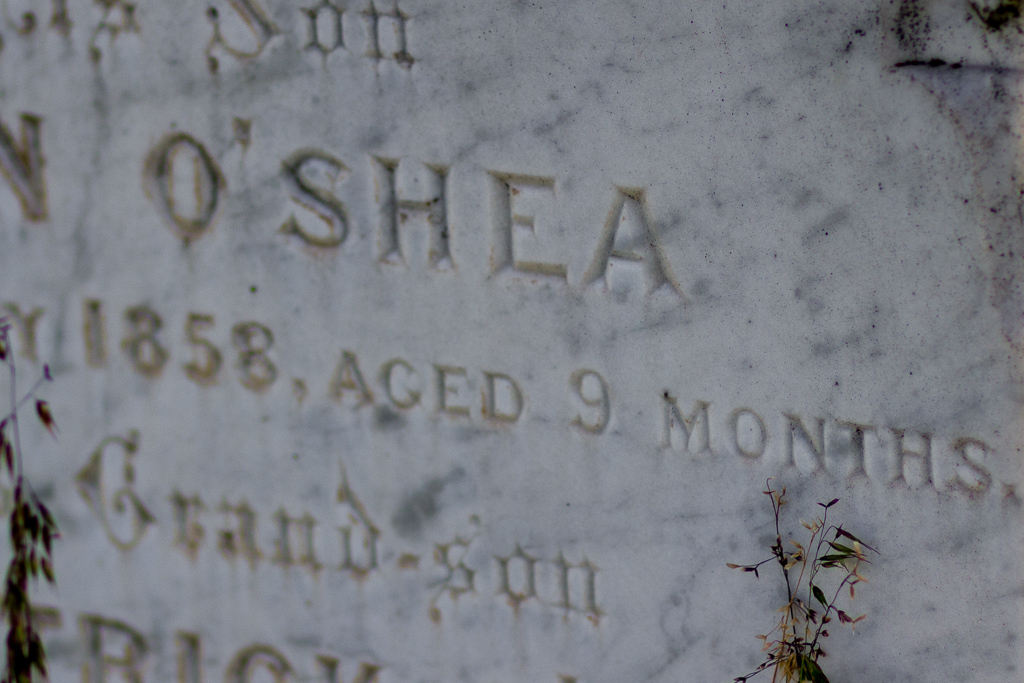 Then an amazing headstone really caught my eye and I can only wonder about the story it tells. 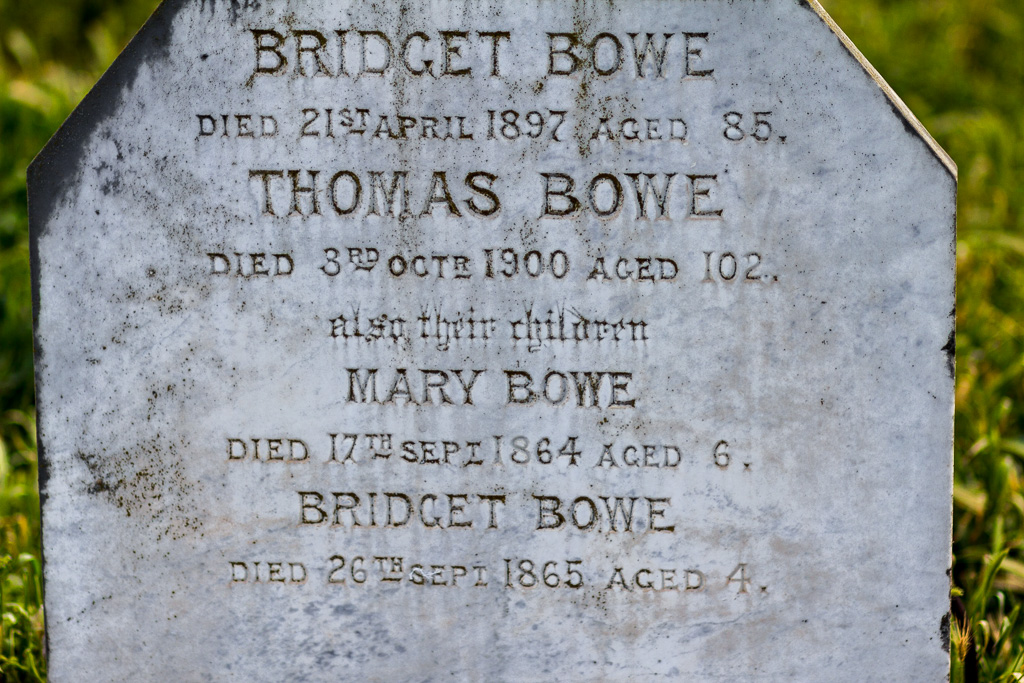 I think it’s a good example of childhood at that time, being something to be survived, and if one got through it there was a chance of a long life. It’s amazing to see someone who had lived in three centuries. How many does one want to live in?! The things he would have seen and endured would be a fascinating story with the tragedy of losing two young children just one year apart.

It reminds me of what we take for granted when I recall a dinner party conversation with some friends. Forget charades or nude Twister and instead try this question out instead, “Who here is alive only due to some sort of modern medical intervention?” Well, this is what you have to expect if you invite me over for dinner. Anyway, the results were not good and if we’d lived in the time of the buried people in the Hopetoun Cemetery, there’s a fair chance we’d be joining them under the ground.

Ten years ago I had a gangrenous appendix that left me in hospital for a week and a hundred years ago I’d have been struggling. Appendicitis killed plenty of people years ago, so that was me written off.

Next up, Ben probably wouldn’t have survived birth, as he had the cord around his neck and it ended up being a rushed delivery with forceps. This was only known, as he was being monitored before birth, so a hundred years ago? Sorry Ben, it’s all over for you.

Who else? Well, the other two at this fun filled ‘party’ had a combination of a nasty melanoma that needed some serious chopping out and the other had both arms broken badly when young. Probably not fatal, but kind of painful and the result would surely have being very debilitating. Give it a go next time with your friends and let me know if you’d still be alive! Cool huh? 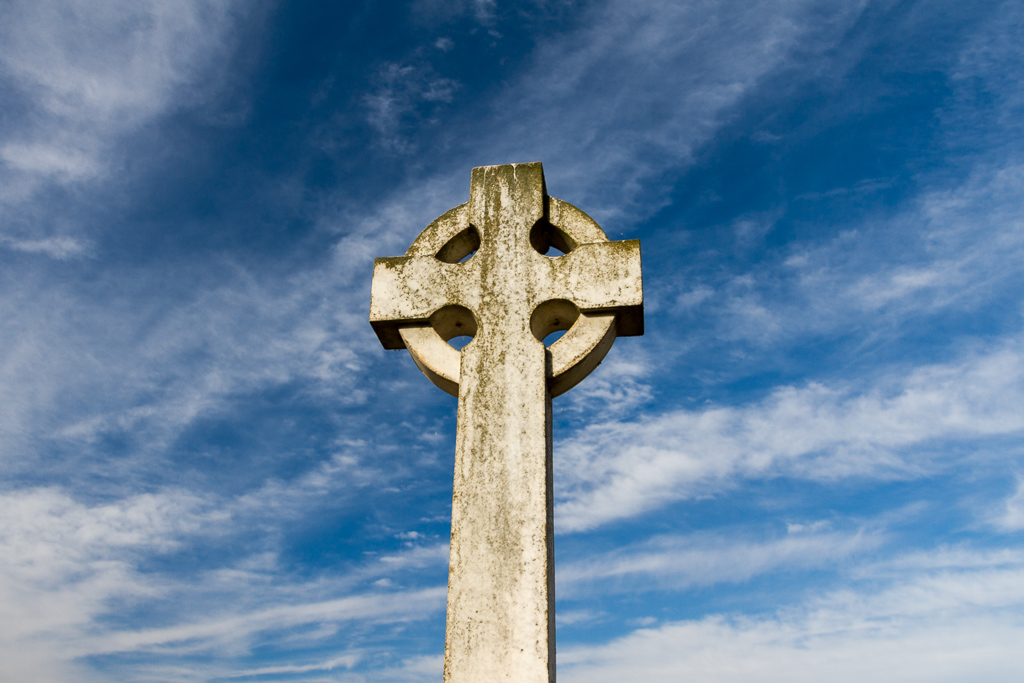 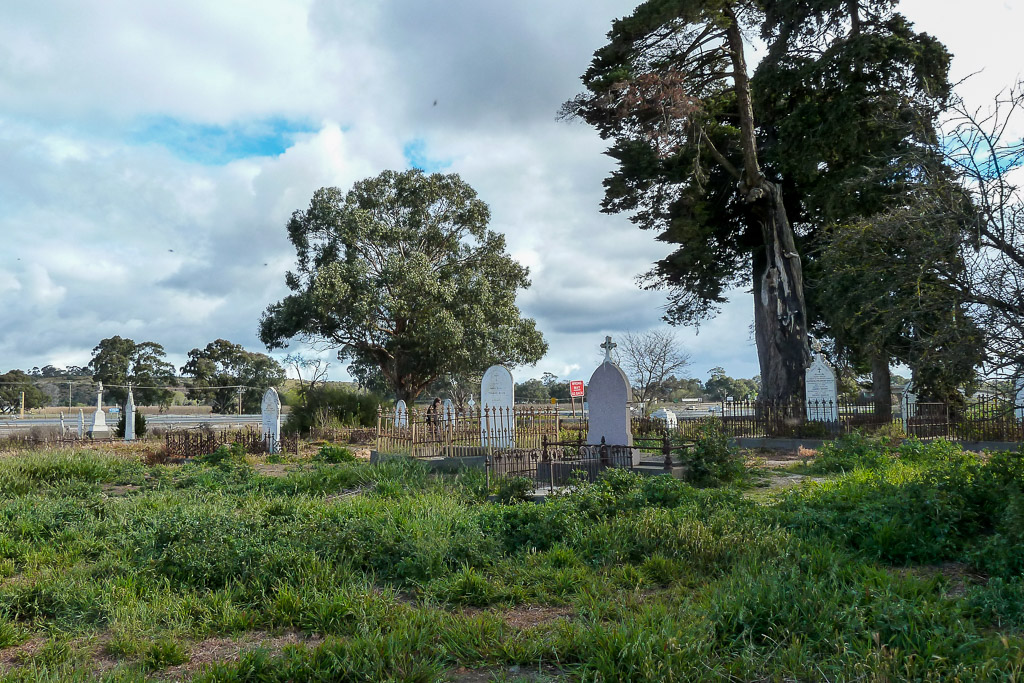 I only later noticed in the photo above, there’s someone walking through the cemetery to the left of the centre. I don’t remember anyone being there at the time? I might have to get a new blog going. GhostFiasco.com.

Well, to wrap this one up, there’s a huge old tree within the cemetery and there’s a peaceful grave beneath it. It’s a great tree if it was raining by the way and if I was really stuck whilst hiking in the rain, this is where I’d put my tent up. 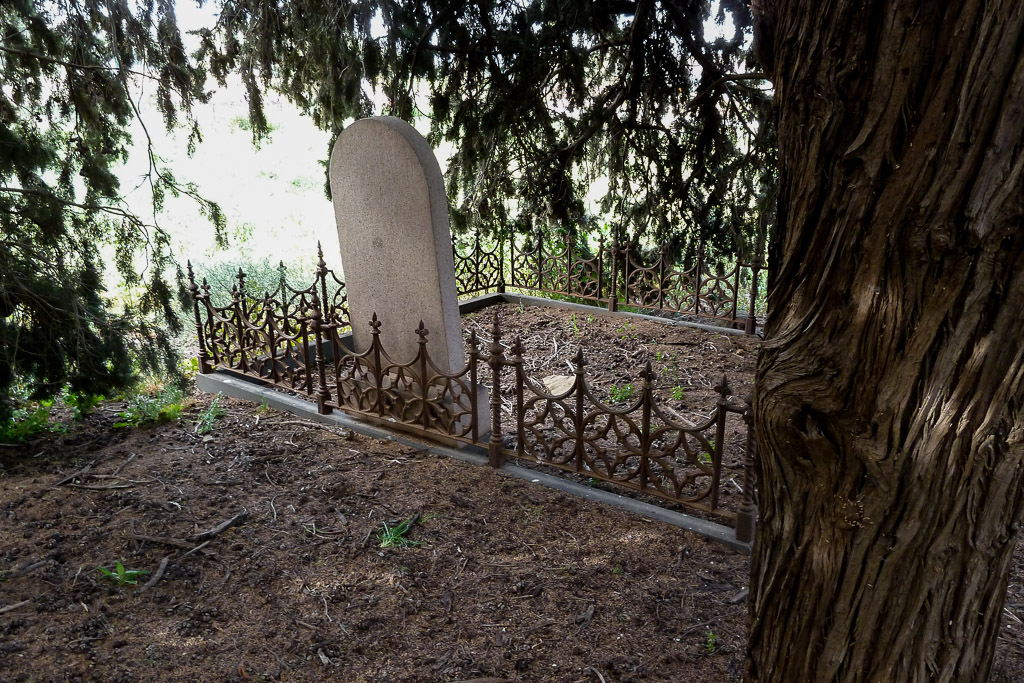 There’s also an old set of gates under the tree as well, which must have been part of the original entrance. I guess when they were replaced some spot was needed to hide them and what better way than to stuff them under the old tree as well? 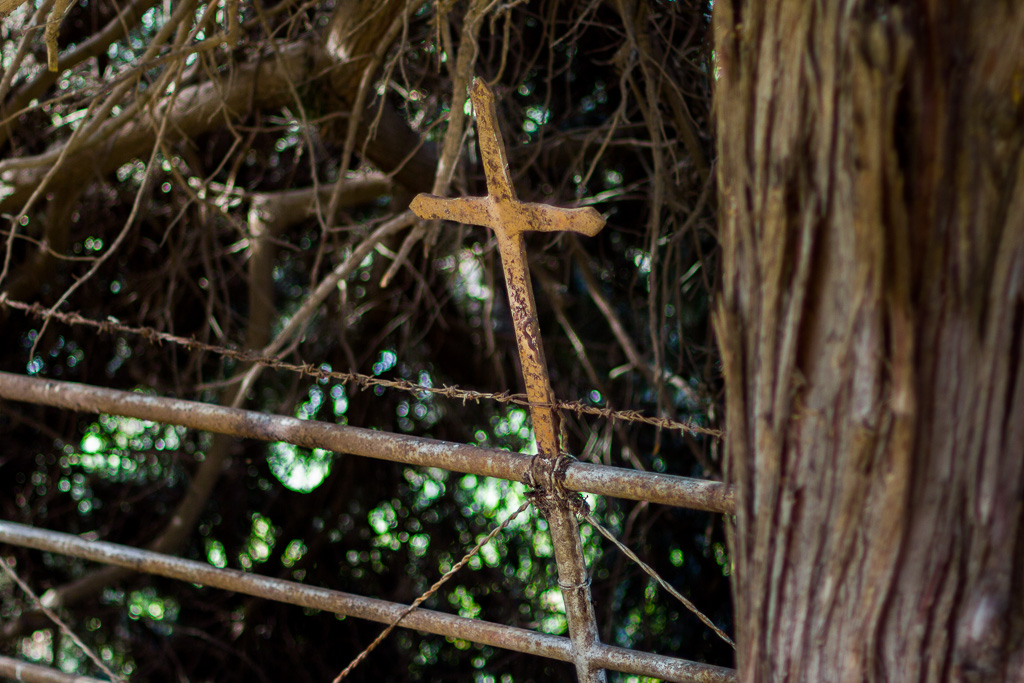 Okay, that’s it and as I took a million photos of this place, how about I post a few more on the way out? 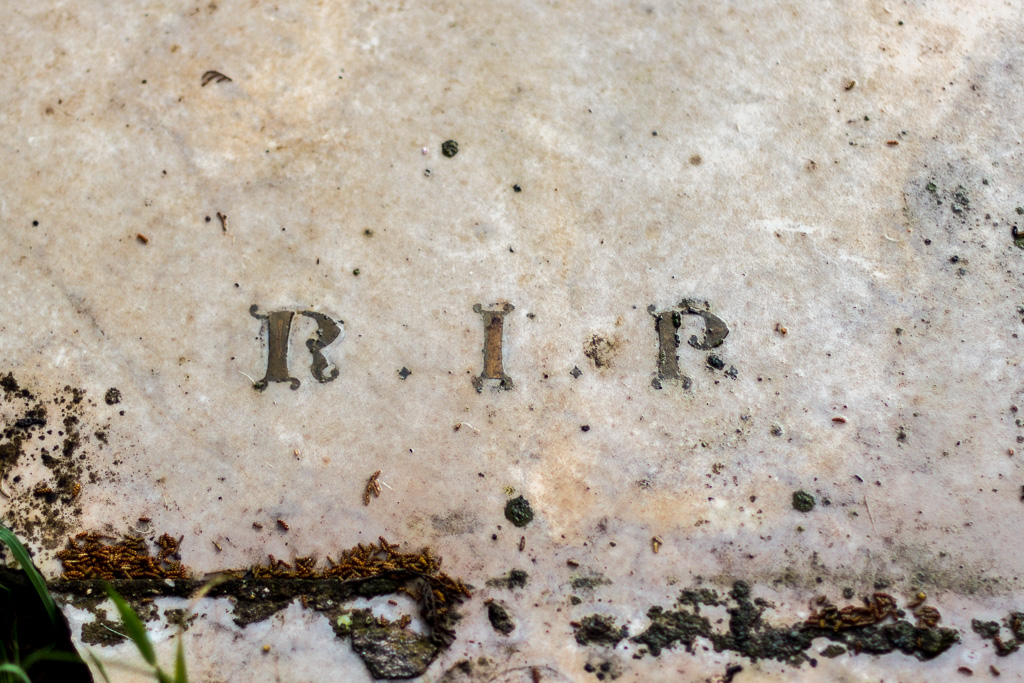 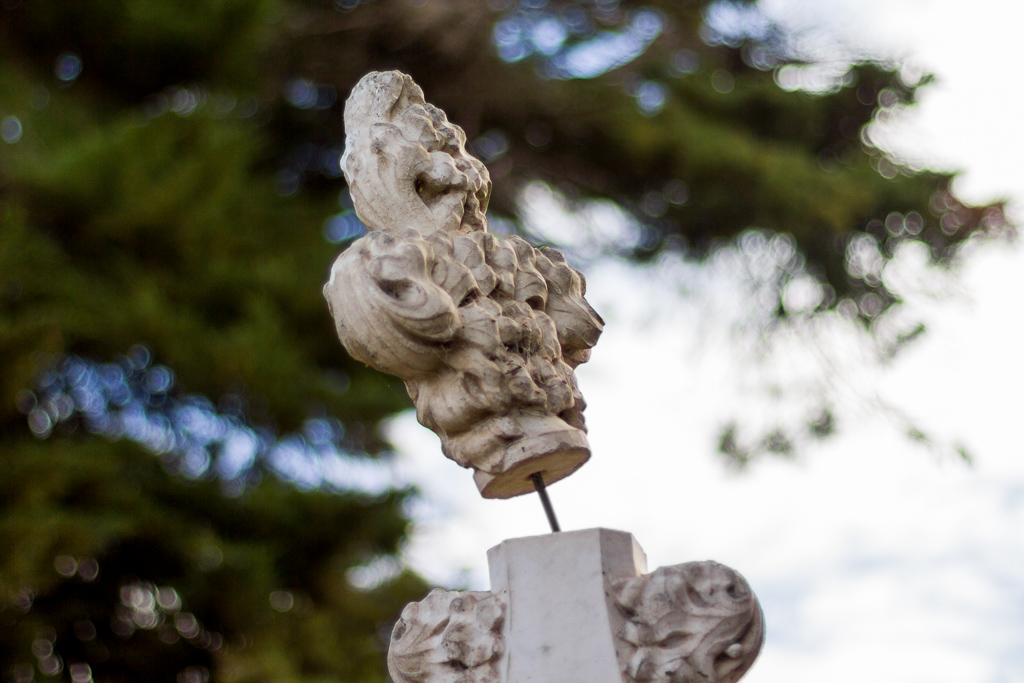 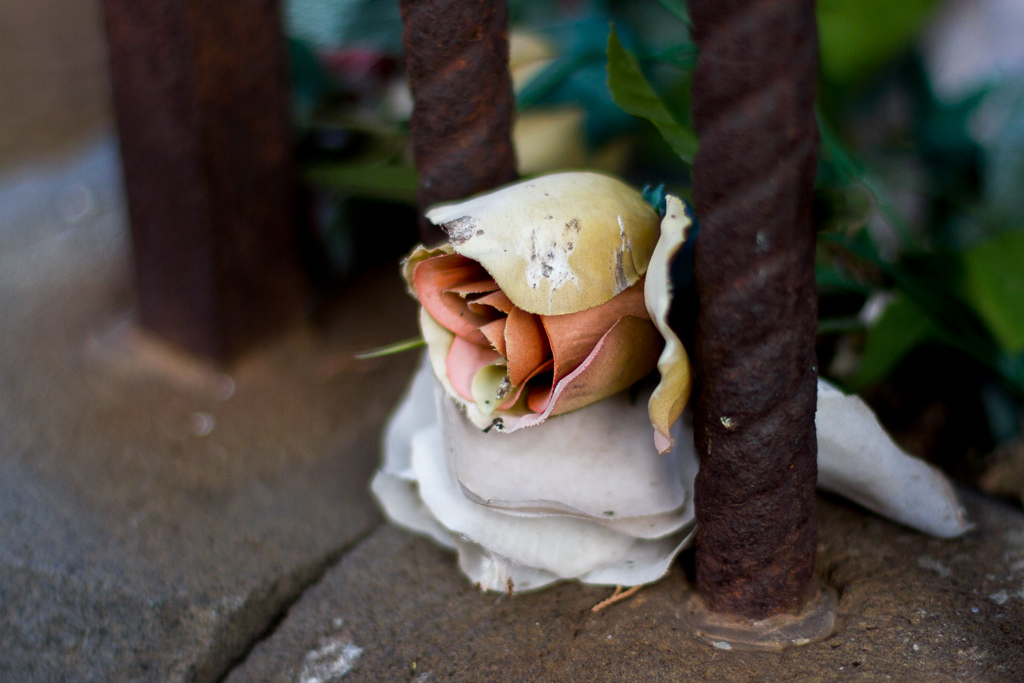 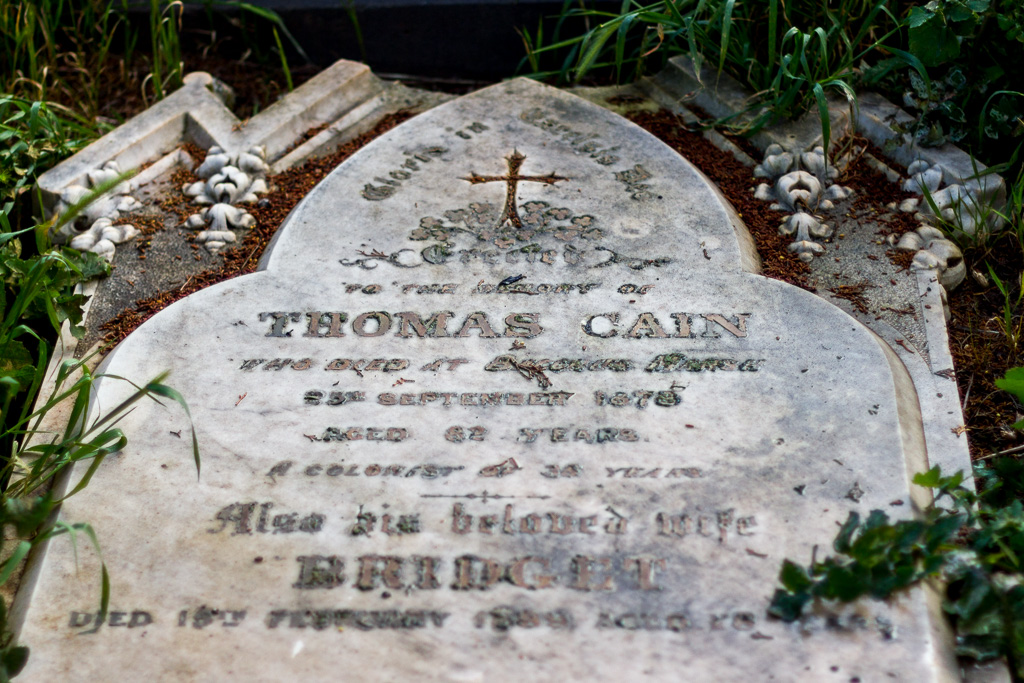 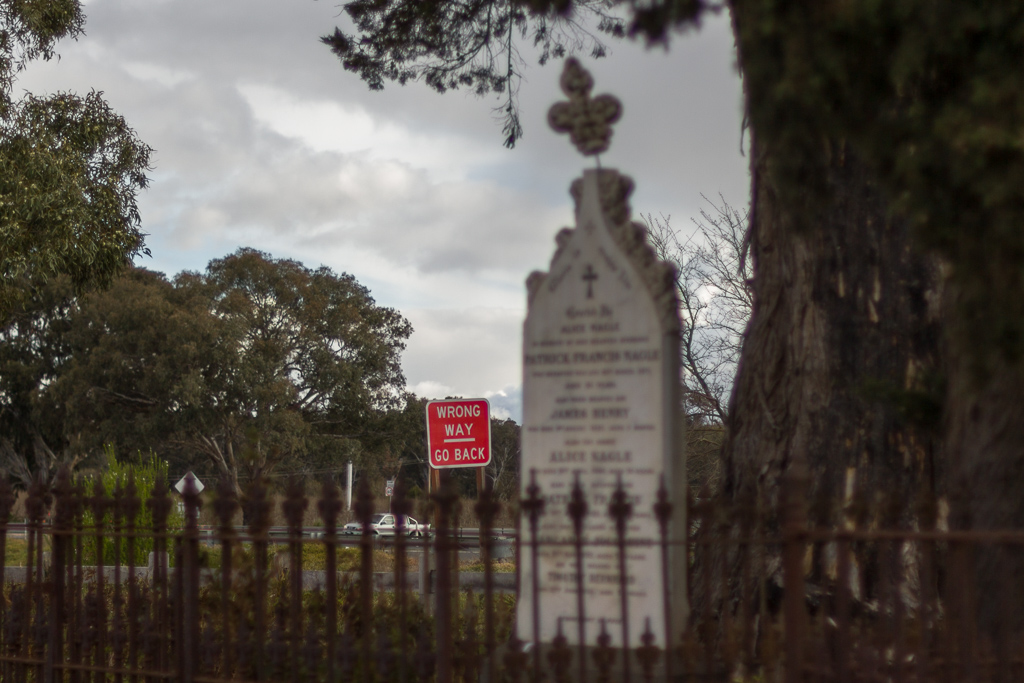 Wrong Way. Go Back. You’ve still got some living to do. 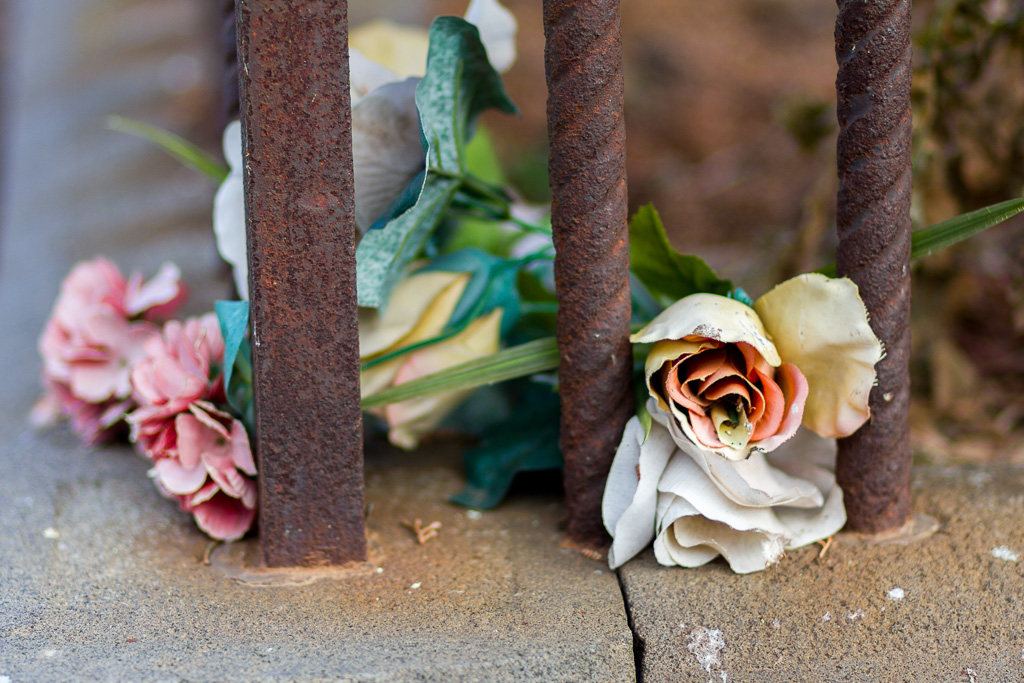