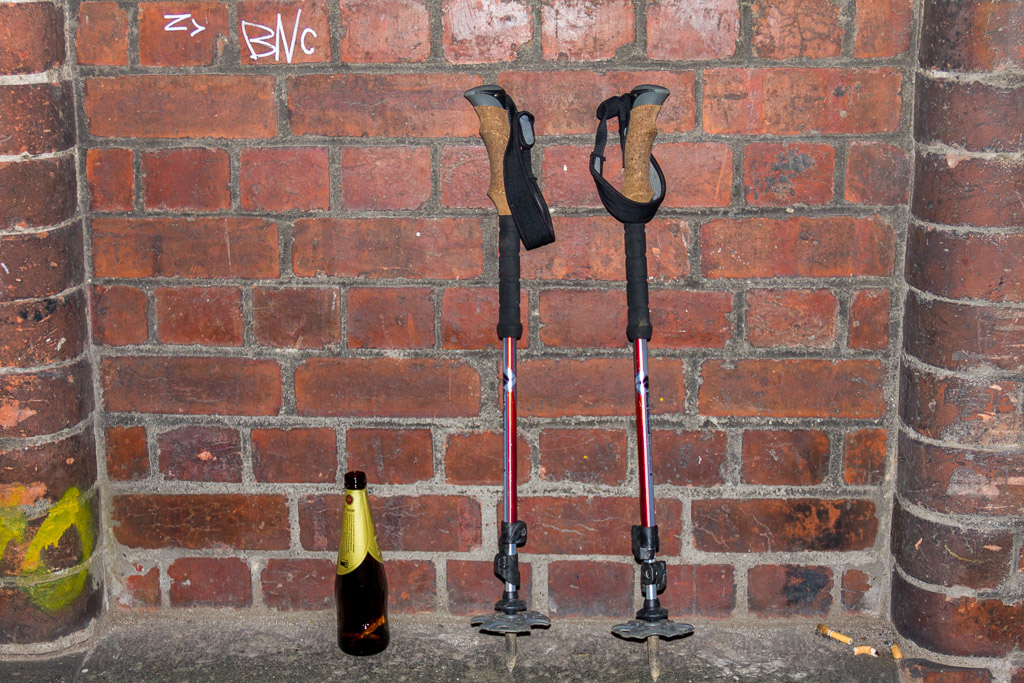 Well, it’s been a while since I wrote a ‘review’. I get literally thousands of emails per week from people saying, “Oh Mr. Fiasco, when are you going to talk about your gear?” What impresses me about the countless emails I get from my fans is how they offer cheap Viagra and even money owed to me. Usually it’s sitting in a Nigerian bank, but all I have to is forward my bank details to my African fans and they’ll fill my account with money. How generous is that?

Whenever I get an email about dirt cheap Cialis for my ‘gear’ I assume they’re talking about my hiking gear. Aren’t they? Anyway, I’m going to stick to my theme of selecting something to write about that I usually always take out bush, so the Black Diamond Trail Ergo Cork Trekking Pole is the next cab off the rank. For starters their name is a complete mouthful and I won’t refer to it again. 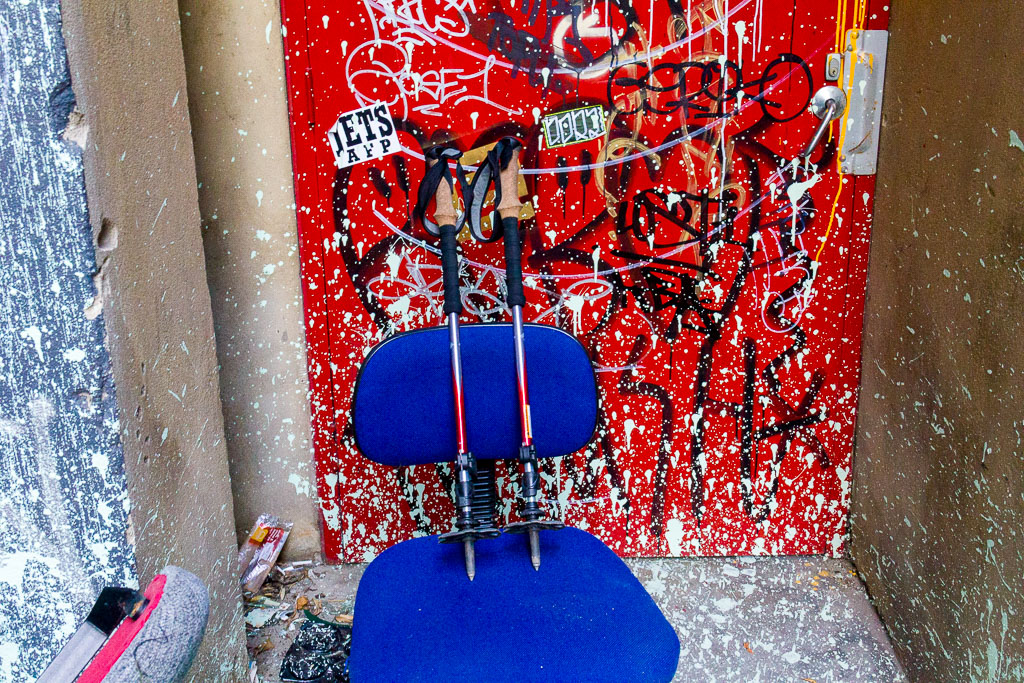 This is the second pair of poles I’ve owned and my previous were an Exped Mountain set which I had quite a few problems with. First of all, the new version of the same pole extend to 145 cm instead of mine that’s 140 cm. The extra length on the current model would be handy for a tall bloke such as myself, although I can’t really complain as I did get little brutal with them.

On my Croajingolong hike, they survived bouncing off ocean rocks after I decided to see what it was like to go swimming with a full pack on. Shortly after that, whilst wet and annoyed I let rip with, ‘I’ve had a gutful’, and tossed them off a cliff.

Again, they seemed pretty durable, but they did suffer the ‘pepperoni effect’. I found the locking mechanism on the poles used to give way and instead of a pole supporting my weight, I was holding something no longer than a spicy sausage. 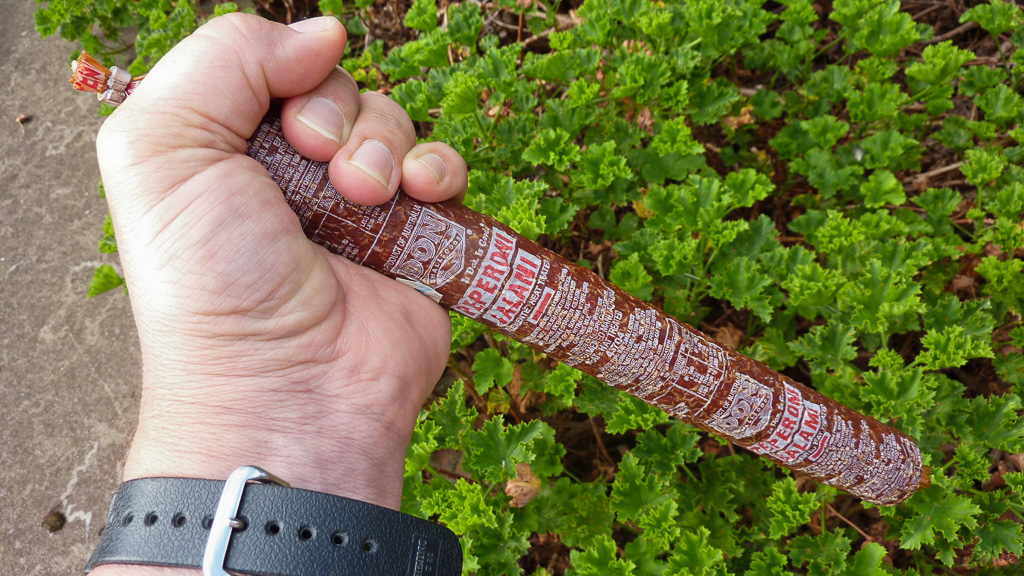 The pole should be longer than the average pepperoni

I think the last resort with the Exped poles was whilst walking in snow in Tasmania. One vigorous thrust into the snow with my patented heavy big guy action resulted in the pole separating into two pieces, where the lower section had come off and was buried in the snow. A couple of decades later I dug it out and re-attached it.

The poles were never the same though and they did pop into two pieces a few times again. So, it was time to shop and the criteria was something long and strong. Who doesn’t want something like this? The result was the Black Diamond pole. I didn’t want something made out of carbon and the Ergo Cork seemed like a good choice. 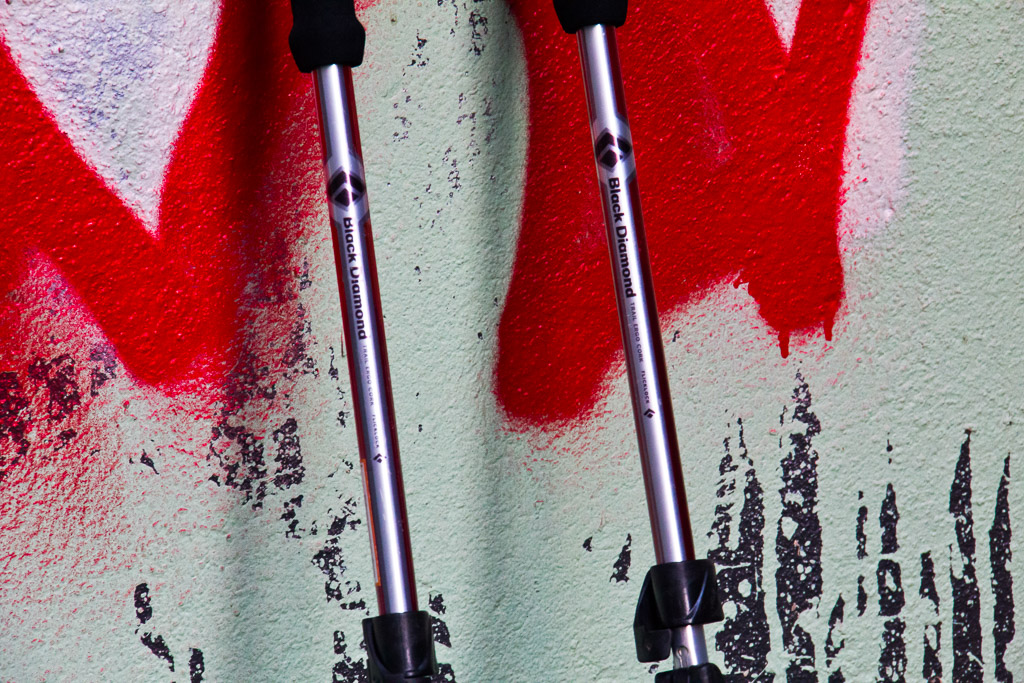 First of all, it has the ‘flick/lock’ system. Adjust the length and flick the lock into position. Hey, it seems to work, as I’ve never been a victim of the pepperoni effect so far.

The grips are made from cork and are angled at 15 degrees, which seem a perfect angle for myself and the cork seems to soak up the sweat, which is vital as I’m the world’s hottest man. I’ve stumbled on the odd walk and accidently put the poles into a banana shape, which has tested their strength. Nope, no snapping so far!

I tend to break absolutely everything I own, so the poles are definitely sturdy. The wrist straps are wide and far more comfortable than the Exped ones. They’re simple to adjust and easily sit around my oven mitts when I’m cooking the roast. 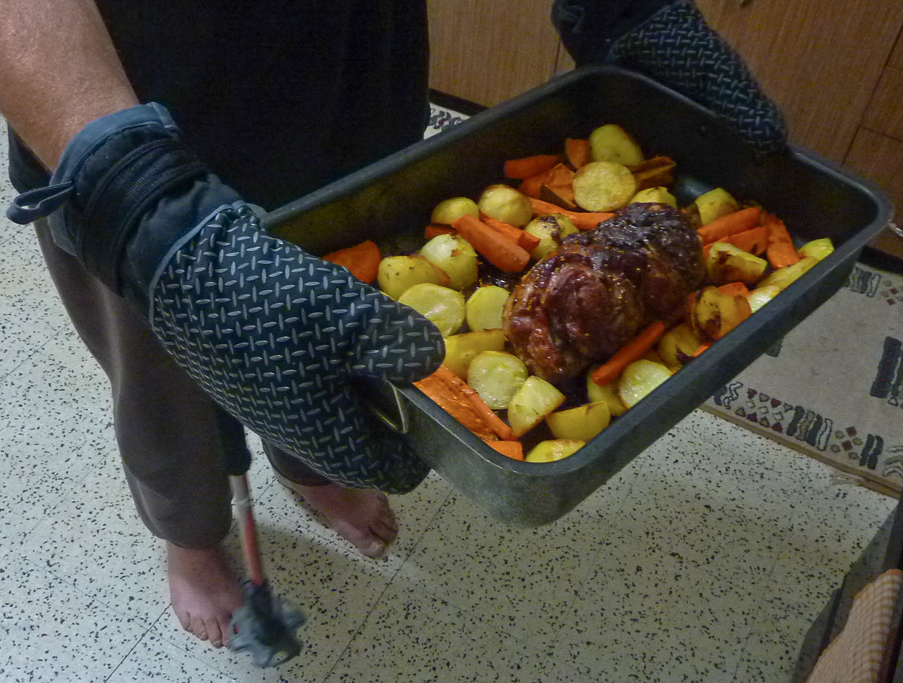 So, summing up. I’ve had no complaints. Long and strong which appeals to my fans sending me cheap Viagra offers. The flick/lock system actually seems to work which is a bonus. Great grip and comfortable straps. What more do you you want in a pole? Plus, the colour is listed as ‘cinnamon’. As Neil Young said,