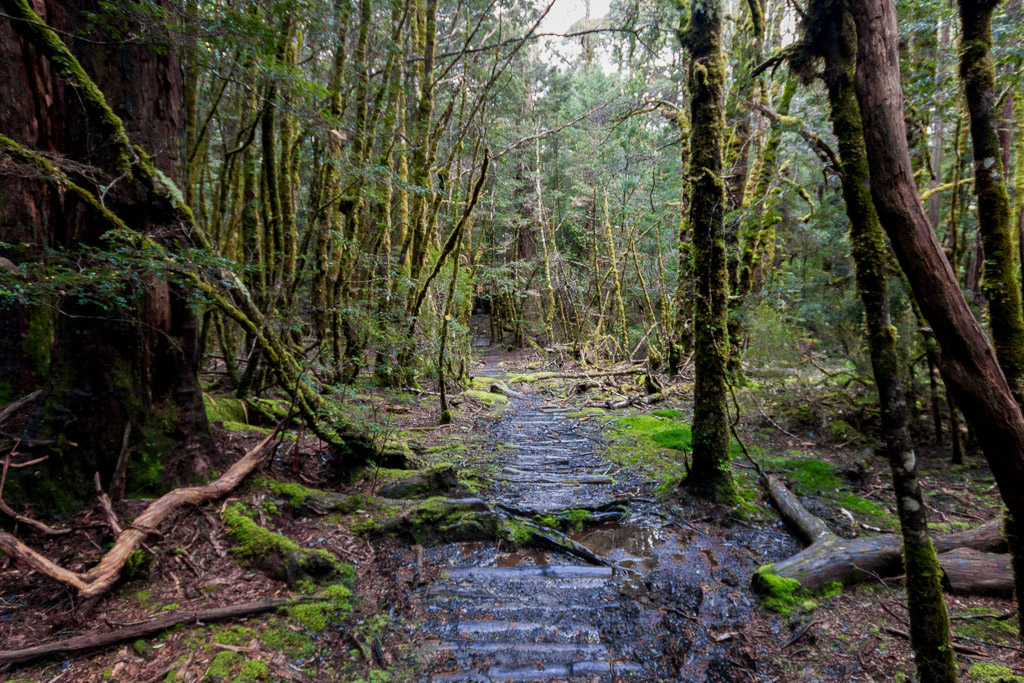 It was day six since we’d started this hike, way back at the Walls of Jerusalem. With a bit of pain, we’d successfully crossed from the Walls to the Overland Track and were now on our way to the finish at Cradle Mountain.

In distance, this was a longer day than most. About 16 km from Pelion Hut to our next camp at Windermere Hut, Overland Track via Pine Forest Moors. In the morning we considered hitting the track early. Except we didn’t. I reckon we set off at our standard time of about 10 am. I had walked it last year and thought we would have plenty of time in the day to get it done.

We set off and Ben set a scorching pace and I was left chewing on mud as he vanished in the distance. My knees were groaning along with other joints. Ankles, back, hips, metatarsophalangeal etc. It was cloudy but no rain was around as we descended the wet path down to Frog Flats. I can’t say Frog Flats is that appealing as a camp spot, which it’s listed as. Very, very wet underfoot and the feeling it’s inhabited with a billion leeches. Maybe in summer it’s more welcoming.

I was thinking the long haul uphill out of Frog Flats would be very annoying. It’s about a 3 km steady climb but I found myself casually strolling up. I hadn’t seen Ben so I assumed he went up it with arms pumping and with a good leg lift, sort of like the Carl Lewis approach. I was looking forward to clearing the forest and getting to see the wide open area near Pine Forest Moors. The last time I walked across there, it was a total white-out of cloud and drizzle. This time it was a nice walk with an actual view. 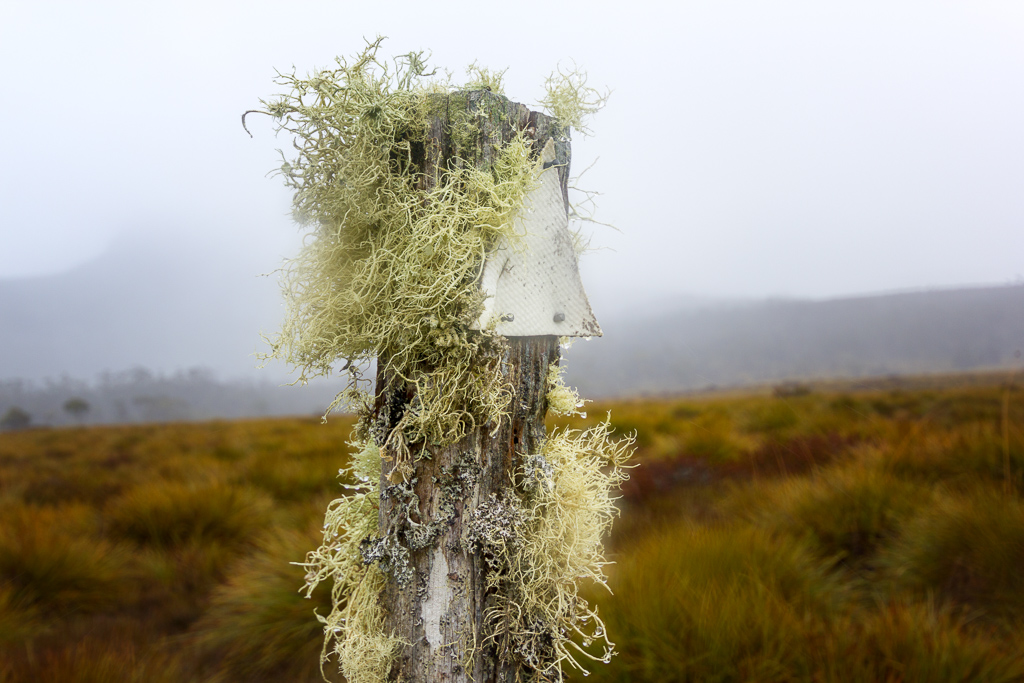 It was a matter of following the track and just cruise to Windermere Hut. On the way there was a short forest section that seemed to me to be absurdly steep. I don’t even remember it from last year?! I’m positive it was there and I’m just suffering from brain fade. I caught up to Ben and found out he had waited nearly an hour. It was lucky he hadn’t suffered from frost-bite due to waiting so long. We did team up and make it to the hut together and we found a nice couple there already with the heater going. Lovely! As a long day walking it was quite remarkably easy. Only two days left… 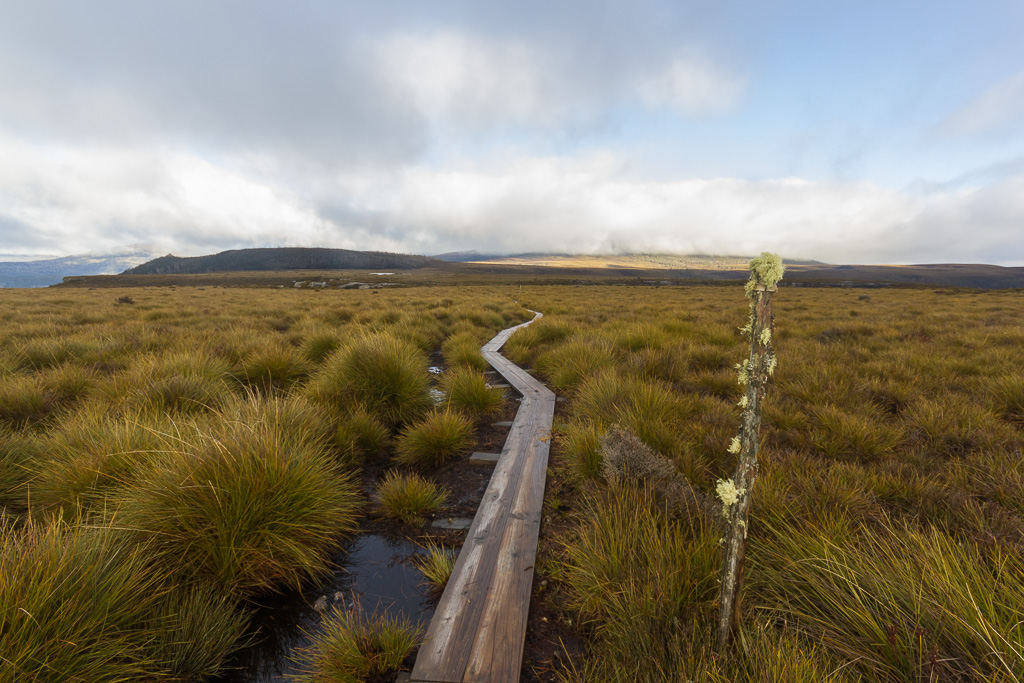