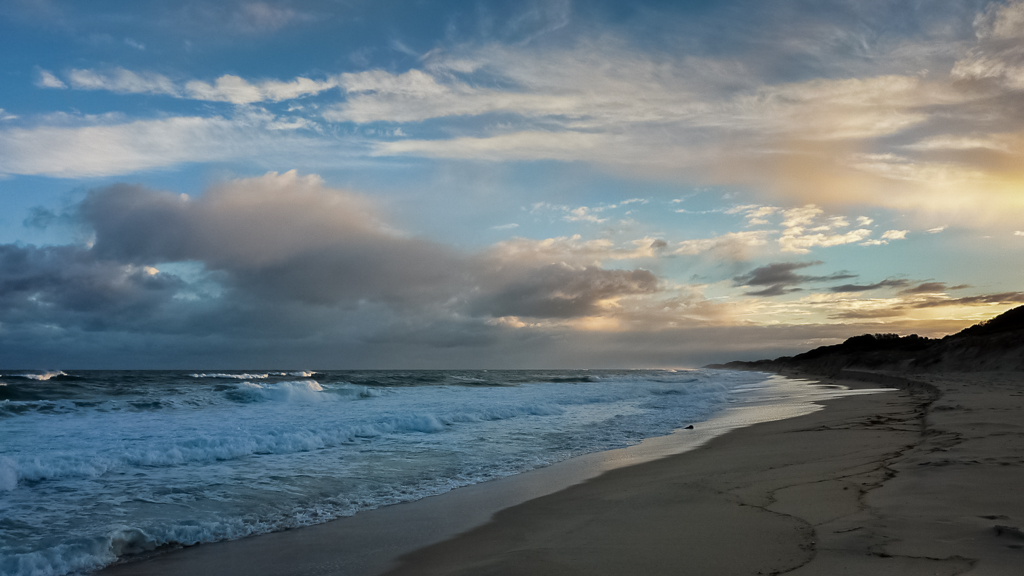 After the previous days shenanigans, it amazing I hadn’t got up in the middle of the night, filled my pockets with rocks and walked out into the surf, never to return. I awoke to the feeling of multiple aches after a week of walking and falling were starting to take its toll. I was glad this would be the last day, as long as it all went to plan.

A quick breakfast was washed down with my standard side dish of painkillers. The camera was stuffed, which was disappointing as it limits the pictures for the day. As in none. I’ve dug out the one above, which was taken earlier in the week, but the most disappointing thing is I had no victory shots upon finishing the walk.

The final day. I just had 20 km to walk from Benedore River. Then follow the Old Coast Track, Croajingolong National Park all the way back to Mallacoota.

I wasn’t sure what was ahead, other than following an inland track all the way into Mallacoota. Beach walking was officially done for the hike. When I set off, I was happy to see the day was fine and of course the sun came out. It decided to come out for an extended time, right on the day I no longer had sunglasses. They were by now being worn by a seal in Bass Straight somewhere. I’m not a fan of glare and will wear sunglasses all year round.

I picked up a track running next to Benedore River, but it was a bit of a worry. More like a bush bash than a path, so I felt concerned about what was to come. If it remained like that, I’d still be out bush now.

Suddenly though, it popped out onto Old Coast Track, which I thought would be a narrow walking track. Instead it was an old 4WD road, so it was open and easy to walk on. Large sections were blackened by fire, which I believe was done in a controlled burn a month earlier. It certainly opened up the terrain, so I didn’t have to do much, other than keep ticking over the kilometres. It might have been a bit dull, but the open landscape was a relief to my body and I was happy to have an easy day compared.

I reached the Shipwreck Creek camping area and as I passed through, it appeared to be deserted. It looked like a great place to camp though. Pity I don’t have any photos of it.

I rejoined the Old Coast Track and it was a matter of walking through open plains and the odd forest before I reached Centre Road. This really was officially the end of the walk, as it was now a five kilometre road bash into Mallacoota itself.

I was back in Mallacoota by early afternoon and I was quite excited to see my car again. Hiking is great, but after a week the end is a relief as well. Just opening the car and sitting down on a leather seat whilst taking the boots off was fantastic. Initially, I was going to stay for a night in Mallacoota, but I elected to just leg it back to Melbourne to sleep in my own bed. A bit of PJ Harvey and ‘This Mess We’re In’ soothed the brain on the way home… 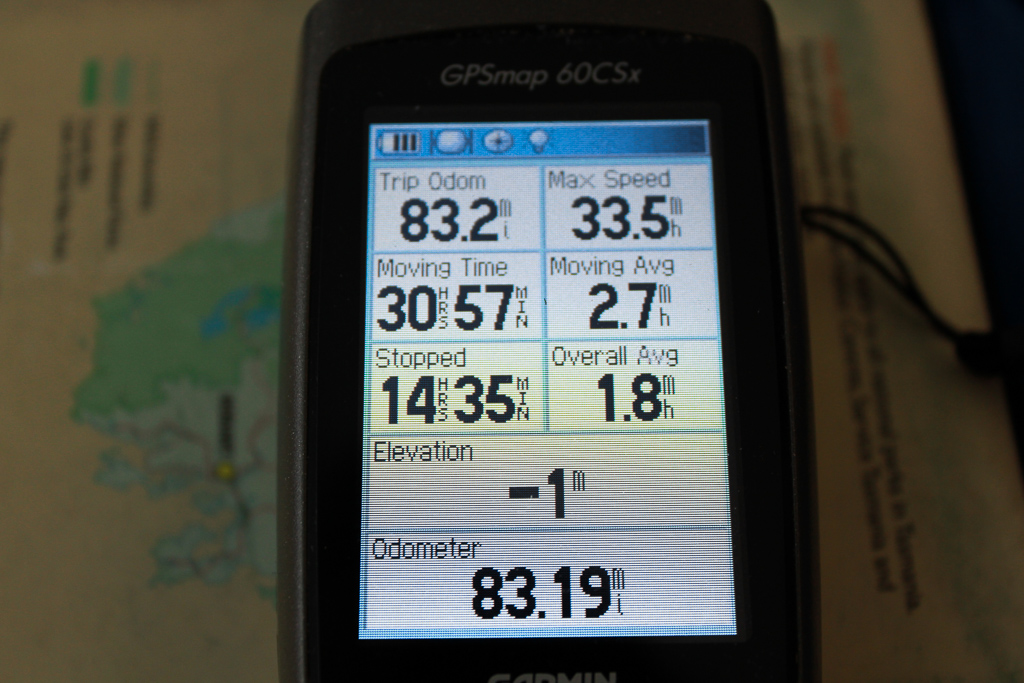 Final wash up. Slowest average ever?